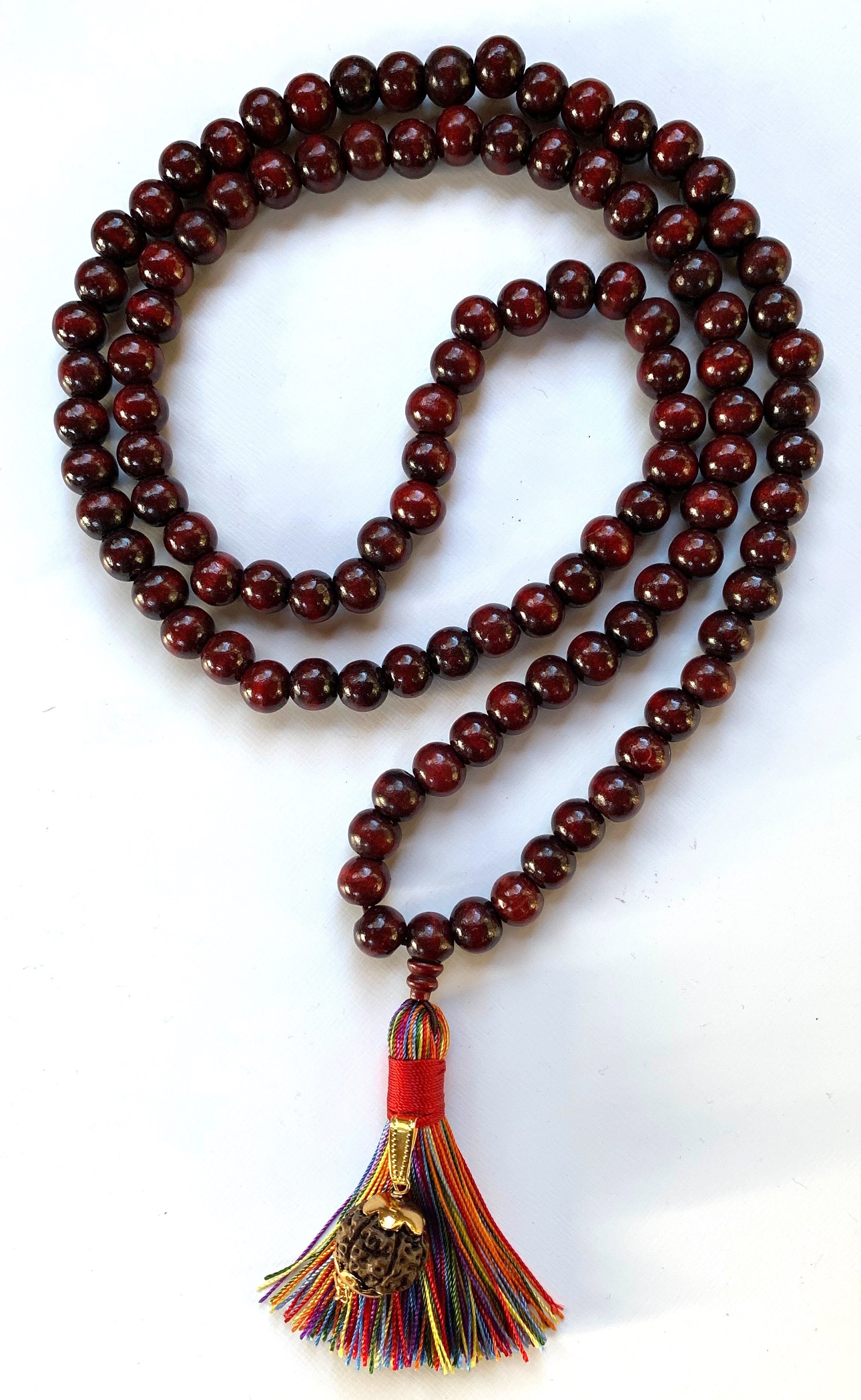 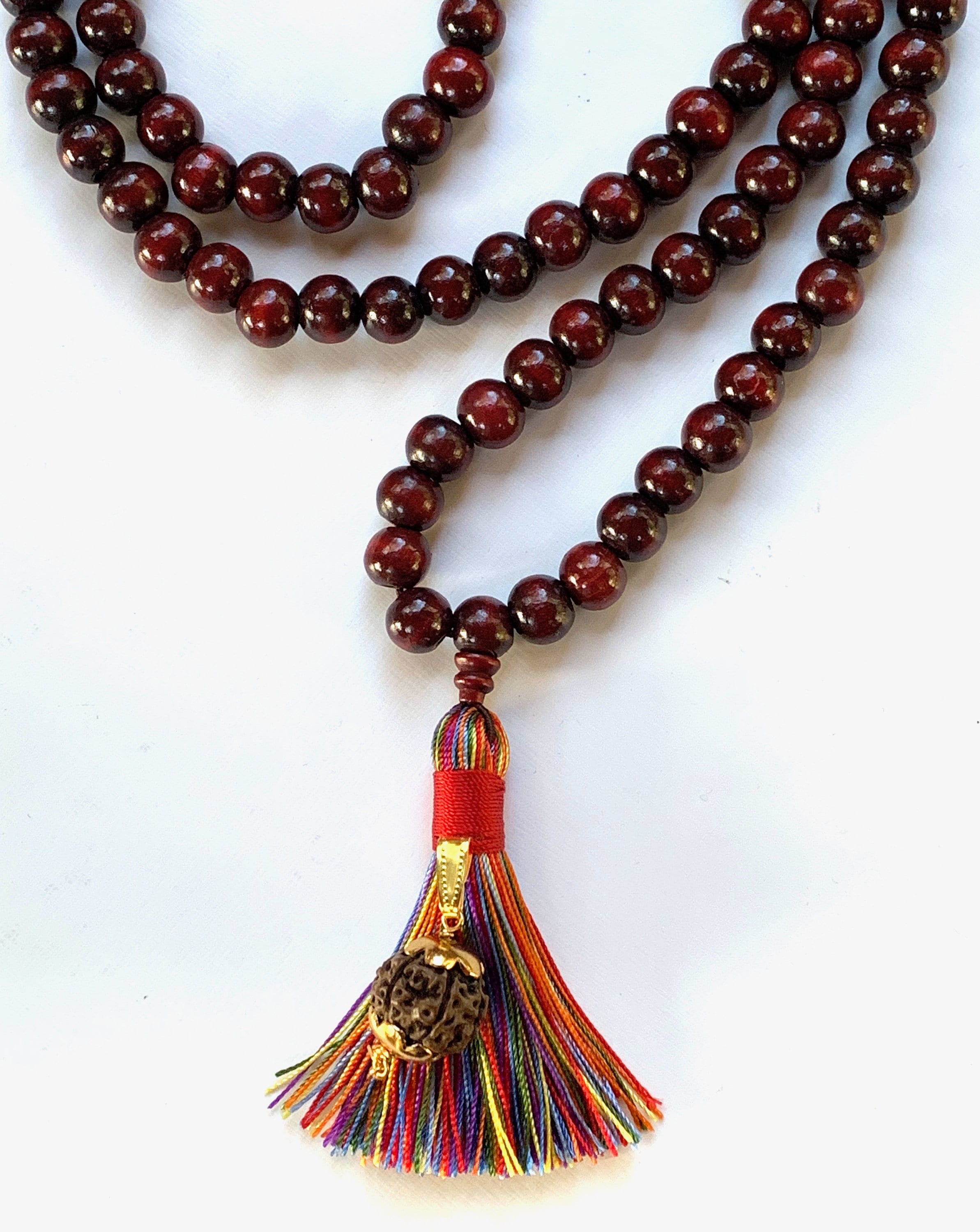 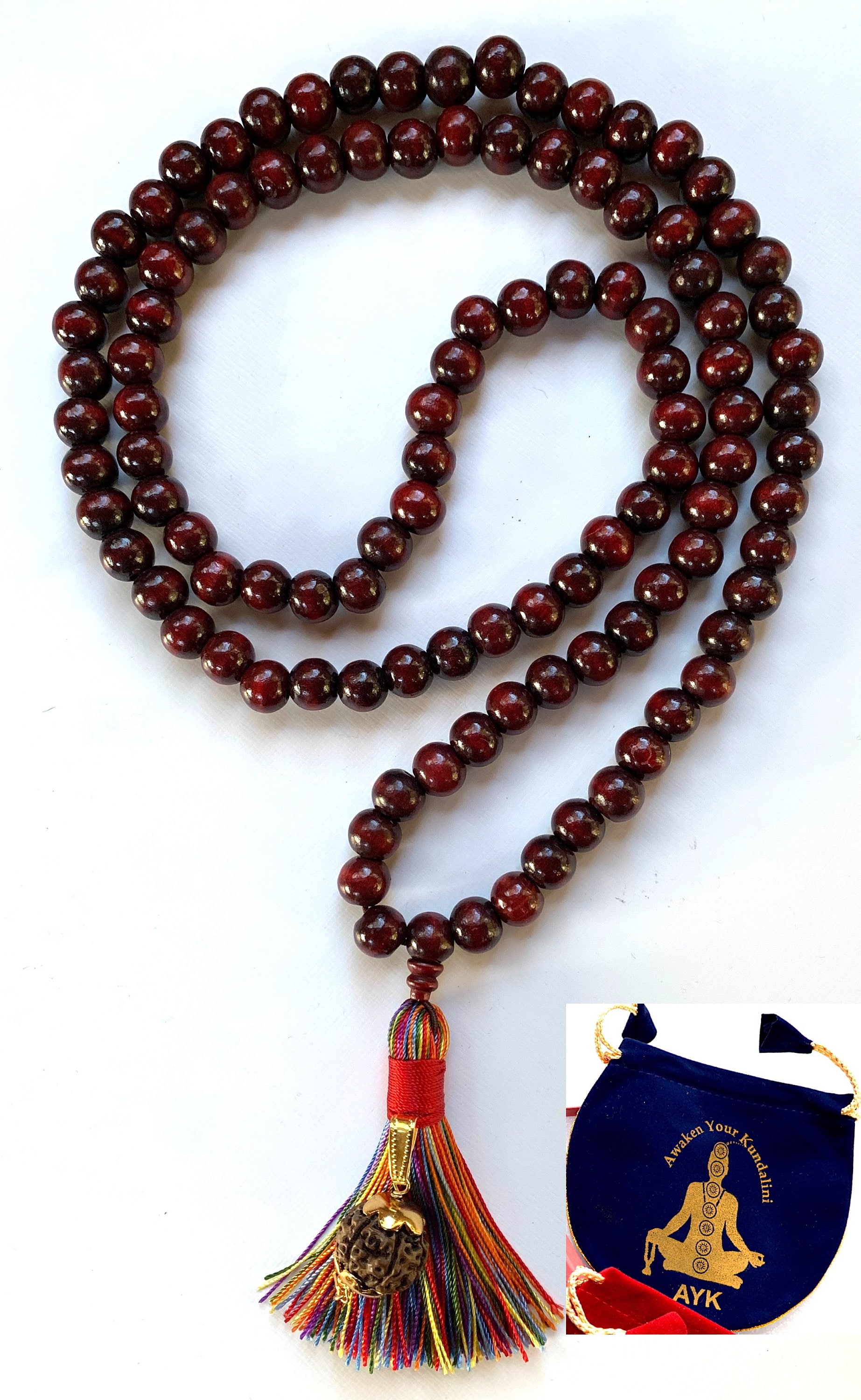 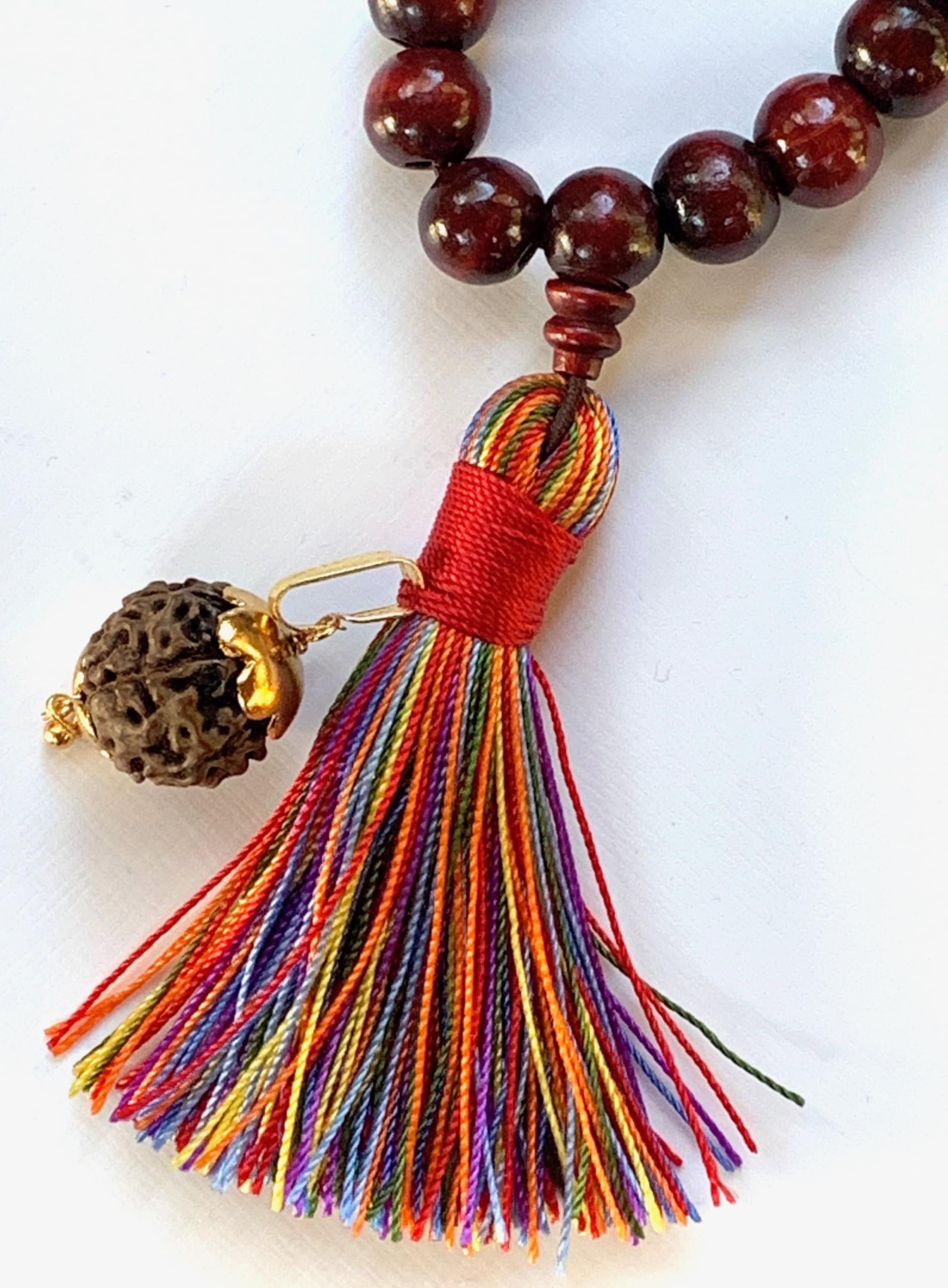 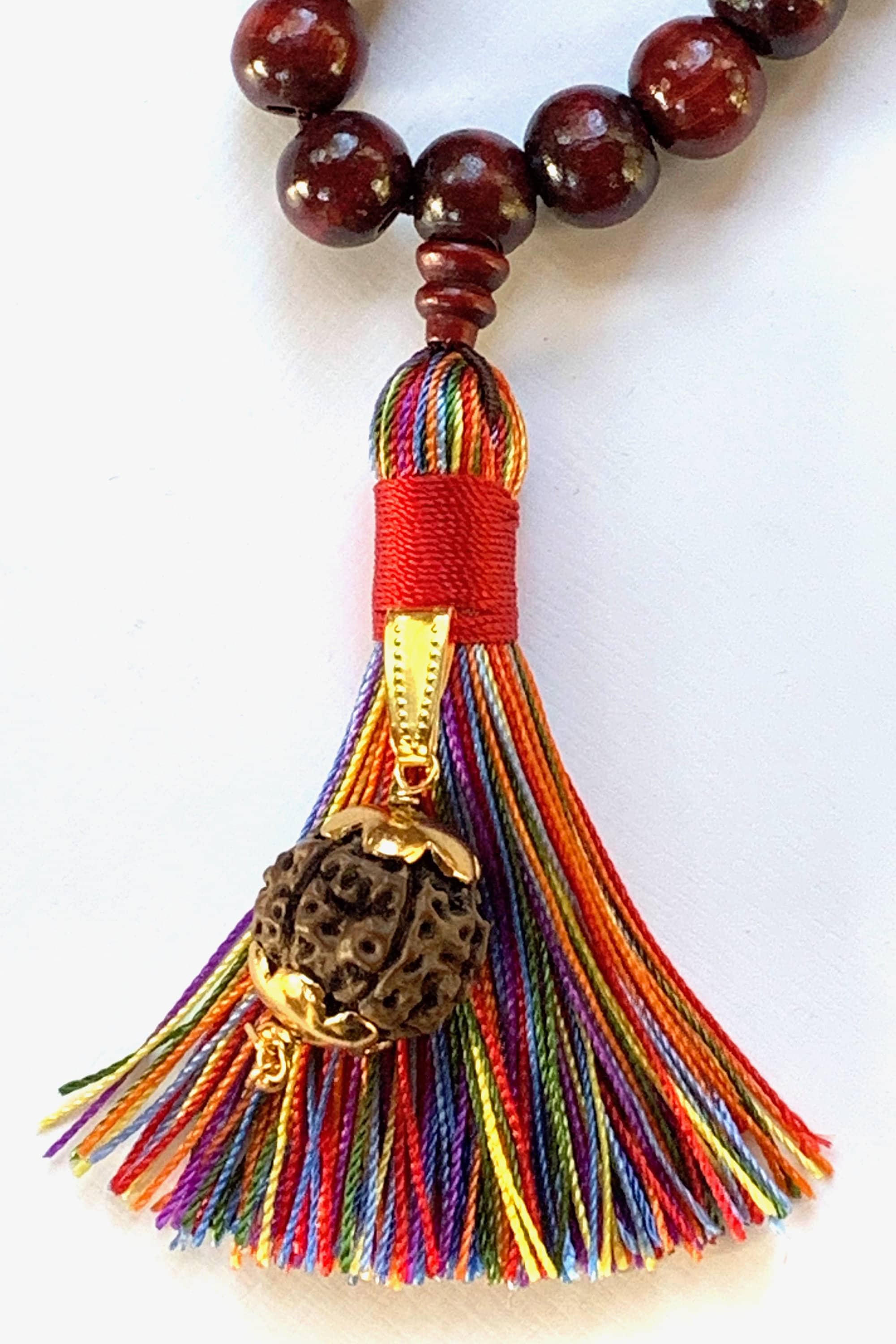 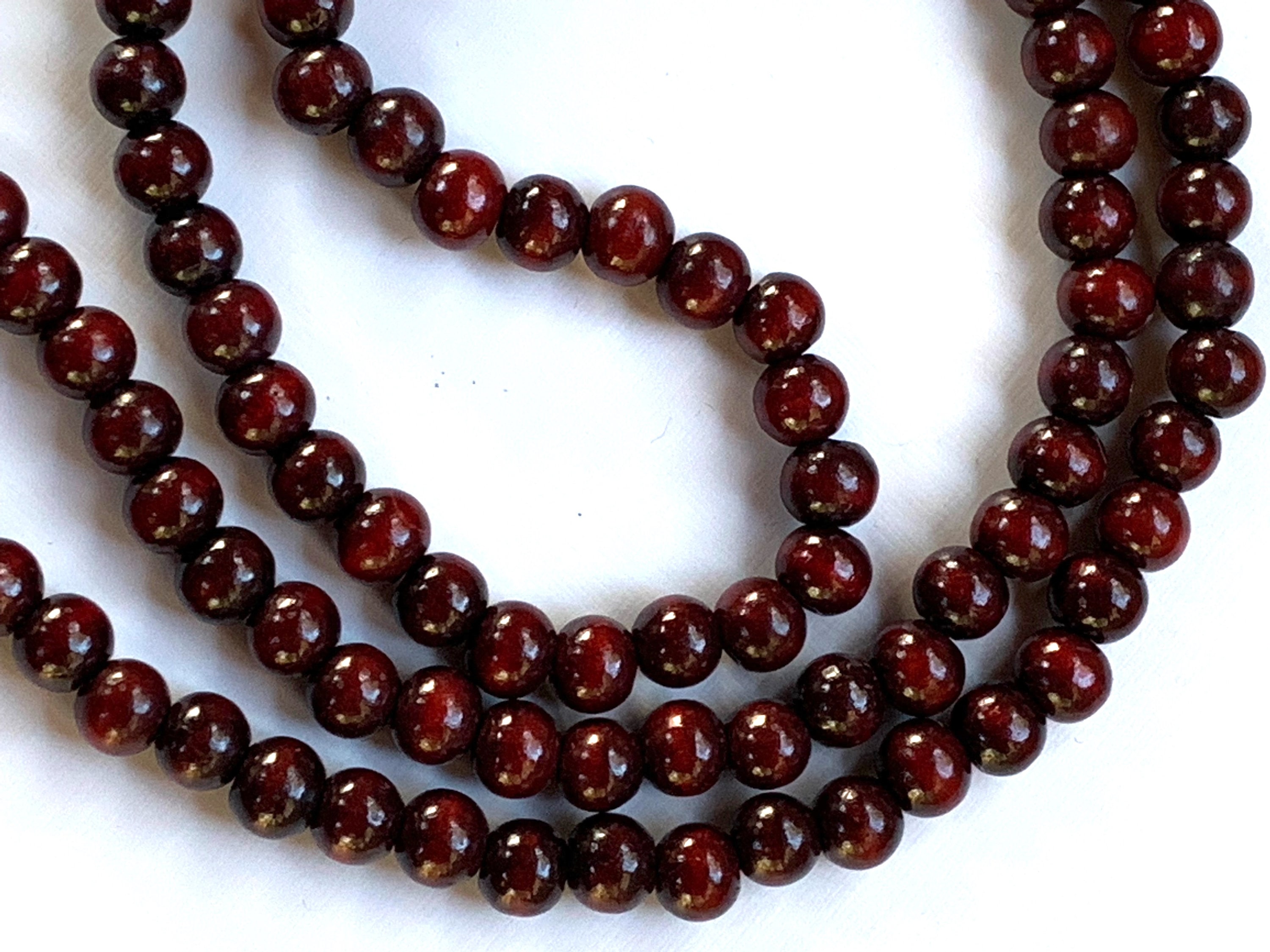 Rosaries of Red Sandalwood are useful for propitiating the goddesses whereas of white are useful for the gods. Red Sandalwood is the symbol of Brahma and blessed by Lakshmi. It enlightens the super consciousness, provides improved concentration and mental structure changes specifically to renunciation from worldly affair. Recommended for Headache, Heart Diseases, Blood Disorder, and Right Eye Defect. Rosewood (Red Sandalwood) is used to call upon Lord Ganesh "the remover of obstacles" and the Divine Mother. Rosewood is warming, improves circulation and protects one from negative energy. Suggested Mantras for this Mala: Om Gum Ganapataye Namaha: This mantra can help resolve many problems and difficulties. "Om Dum Durgayei Namaha": This mantra is often used for protection against internal or external negative forces. View recommended malas for this mantra. 5 Mukhi Rudraksha is beneficial for those seeking to find their own higher selves, UpaGuru. ○ Panch Mukhi Rudraksha enhances awareness, memory, word power and intellect. This type of Rudraksha is mostly used while chanting mantras as it helps them to connect with the grace of Shiva more easily. ○ Panchmukhi Rudraksha removes the wearer from the negative enerty of planet Jupiter. Blessed and Energized with proper Mantras, Puja's and Spiritually activated by SWAMI BUDHIRAJA to give best results. Since a Yantra and Mala is a Man-Made object, it requires energization to infuse potency and power to benefit the owner. Before sending the Yantras or Malas, we get Pran Pratishtha (Energization) done by learned Pandits (Priests). WATER FROM RIVER GANGA (GANGES) IS USED FOR THE ENERGIZATION PURPOSE. Total number of beads 108+1, Mala has been made in traditional style. PLEASE NOTE: Size, color texture of the beads, Tassel, string and Pouch may vary, adding to the artistic quality of each individual item. Beads imported from India Nepal and Handmade here in USA. Comes with velvet carry bag.