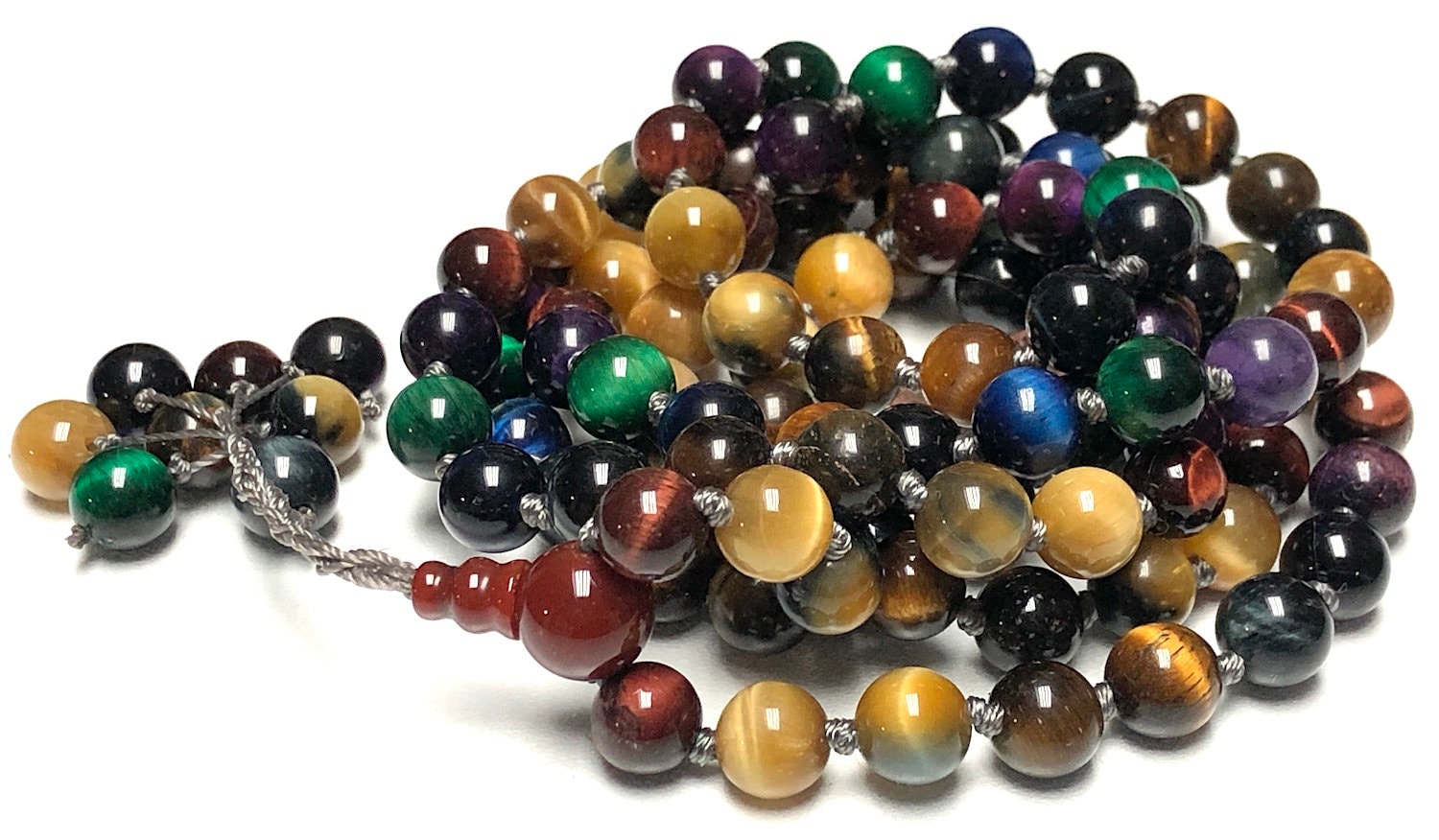 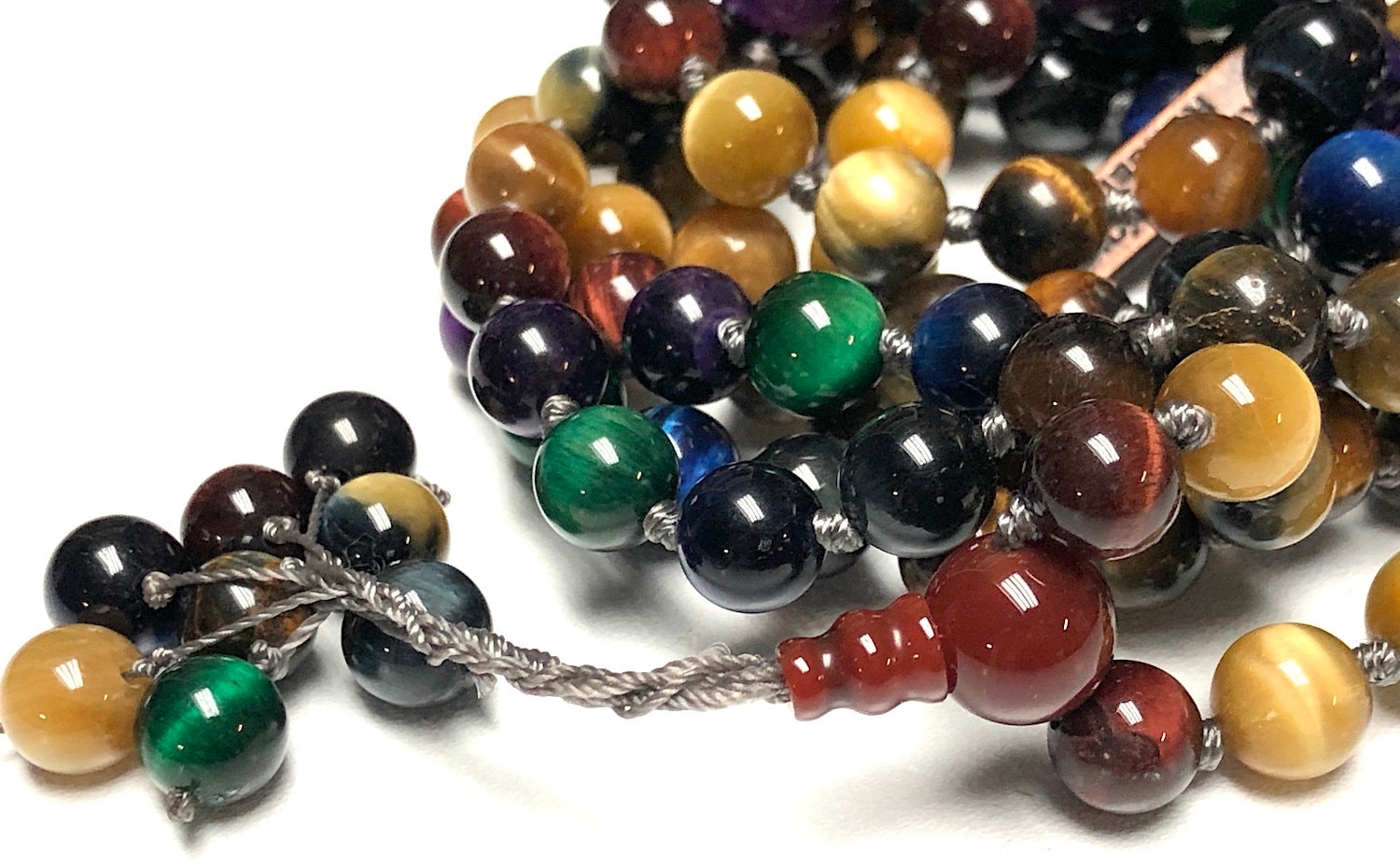 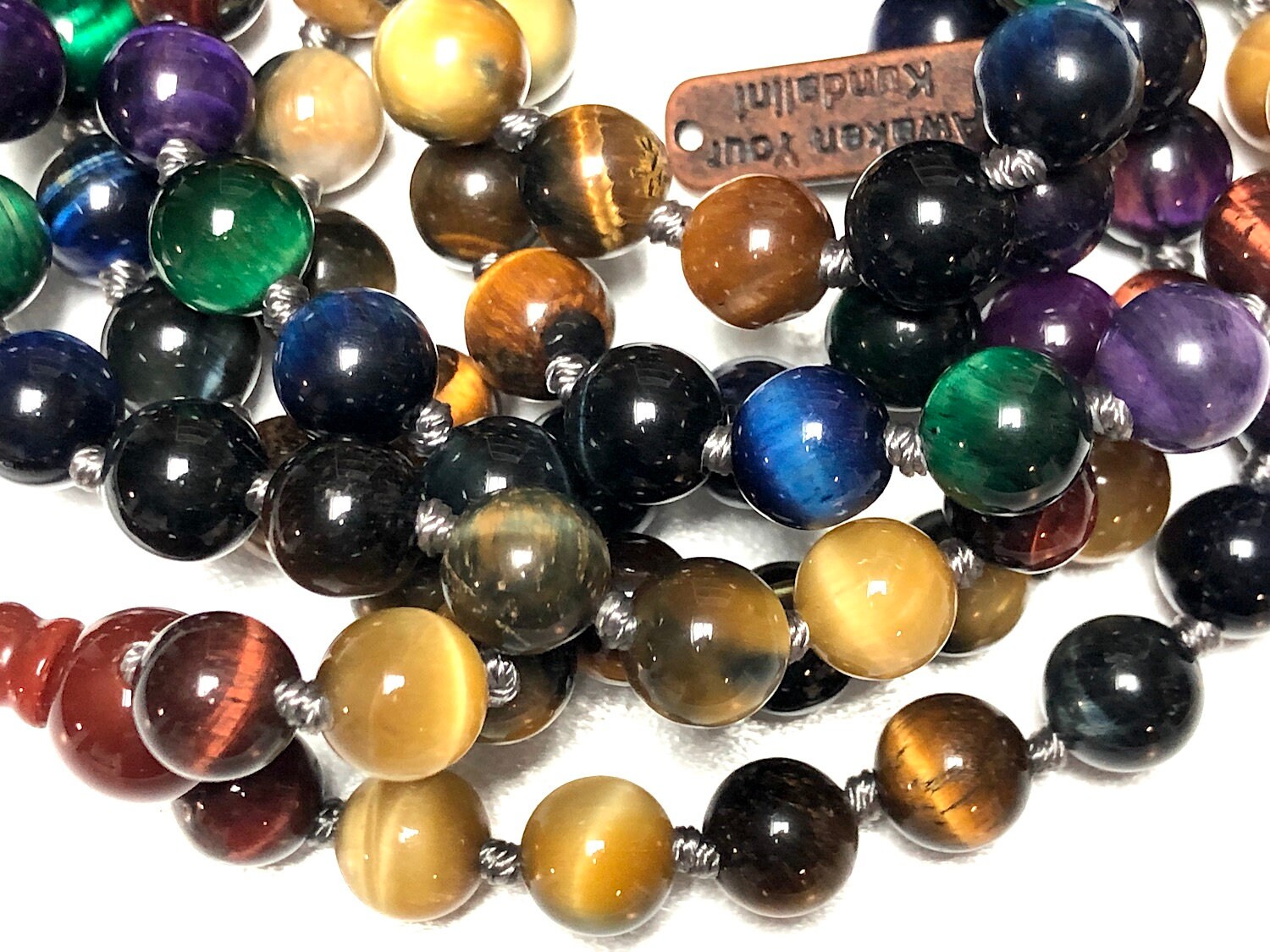 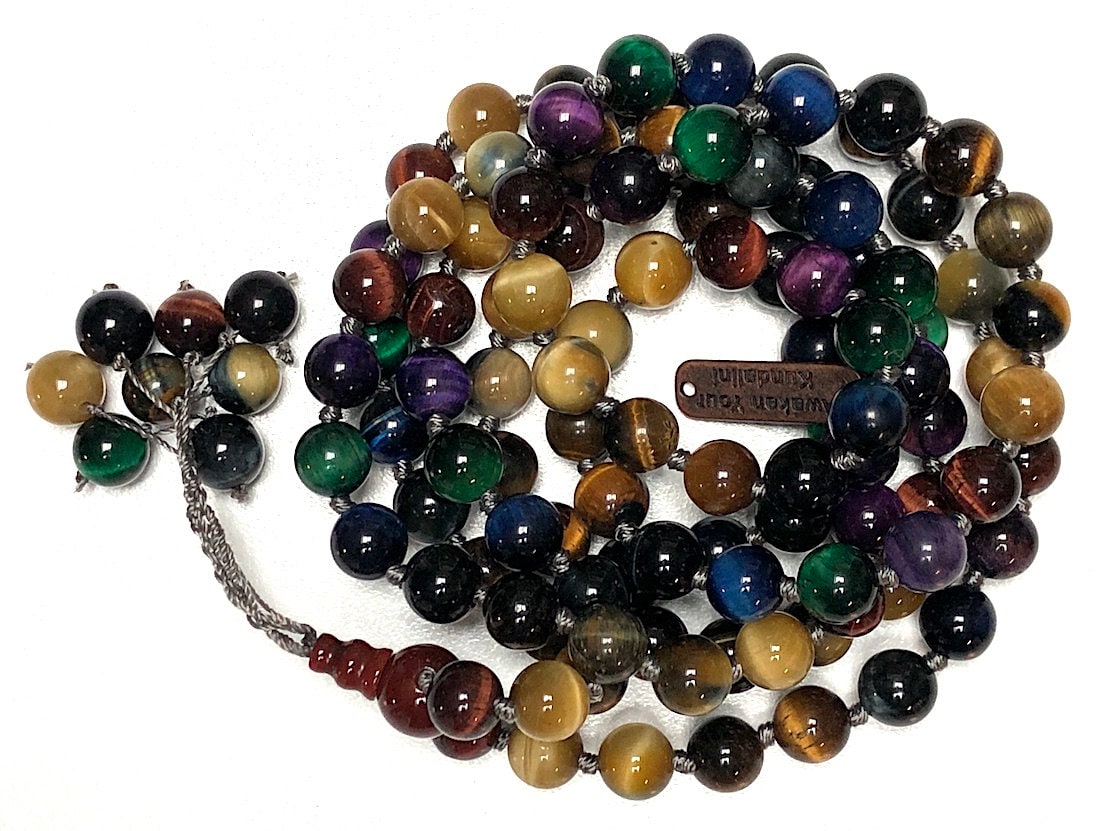 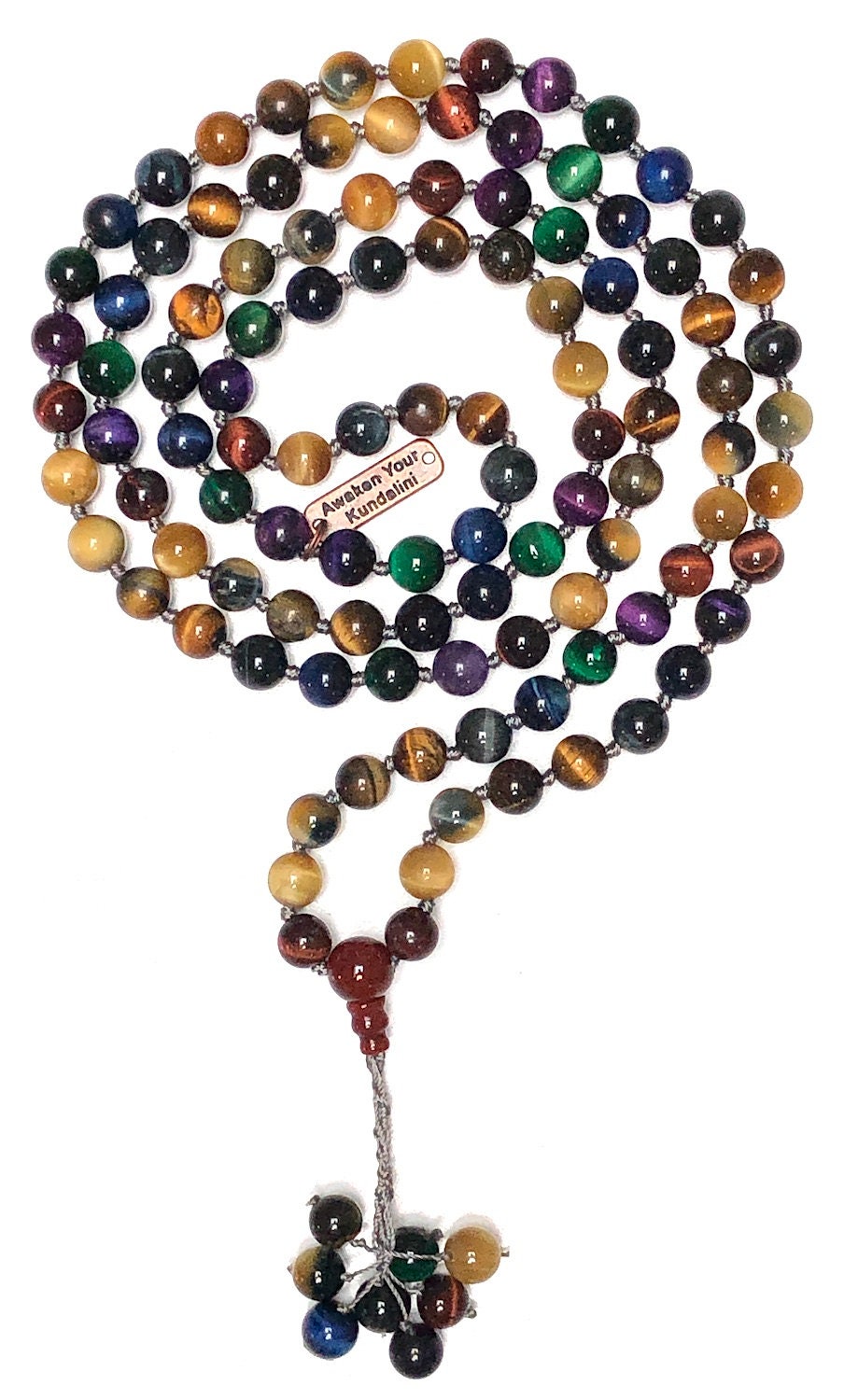 Awaken your Kundalini
Here is the most powerful and Energized Tiger Eye Mala, which is made of Blue, Grey, Black, Green, Red, Brown, Golden and Miracle Tiger Eye.

This is my 3rd and 4th purchase from this shop. I originally found this shop when i was searching for replacement Mala beads. The quality is always amazing, items are beautiful and fantastic customer service. When i received these purchases it came with such an amazing smell I wanted to have it on all my mala beads from then on!