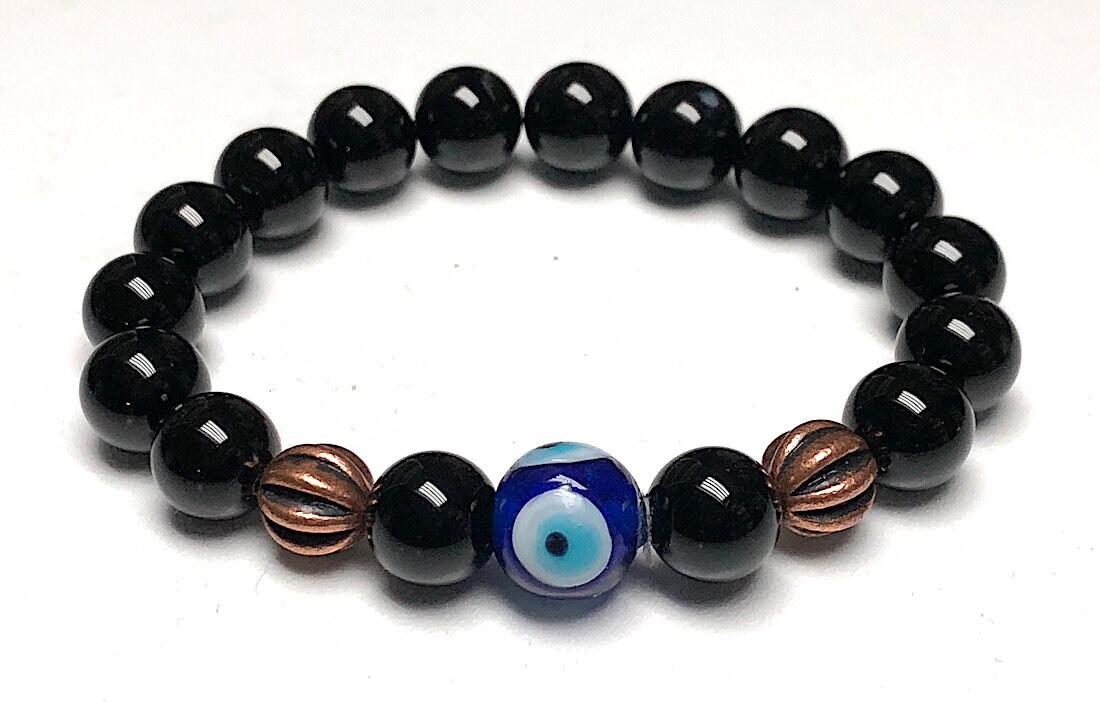 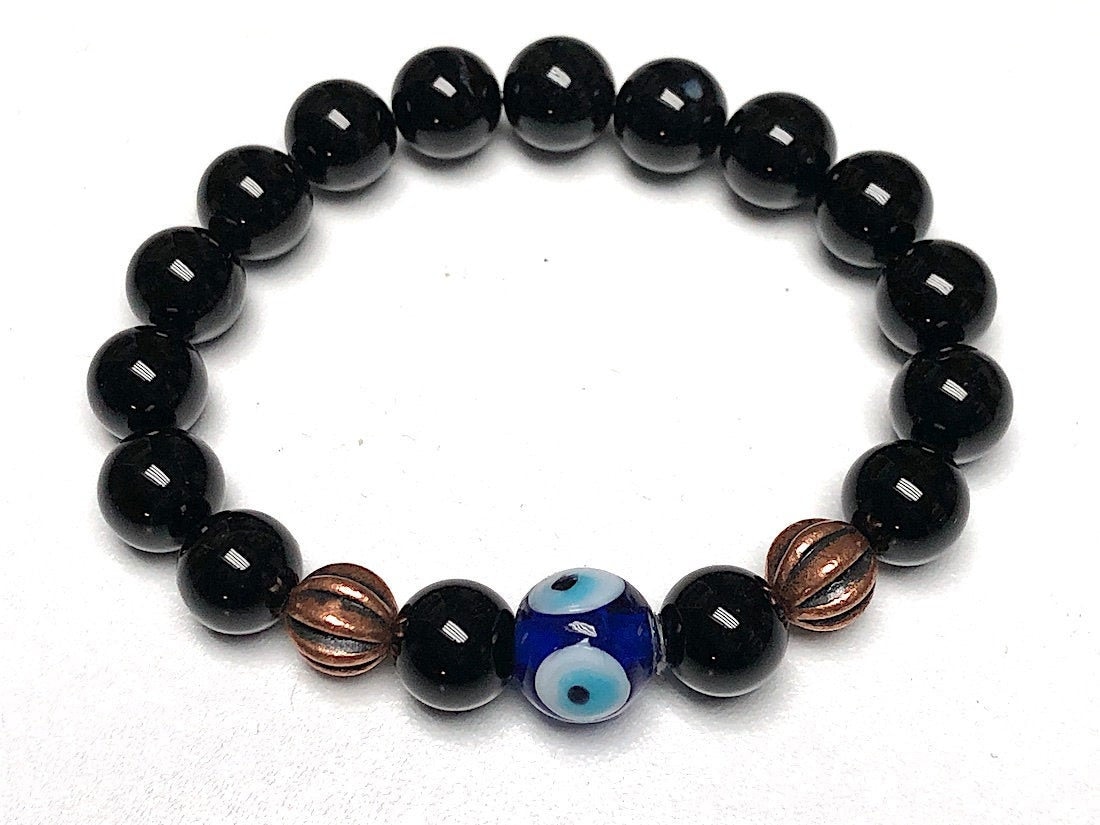 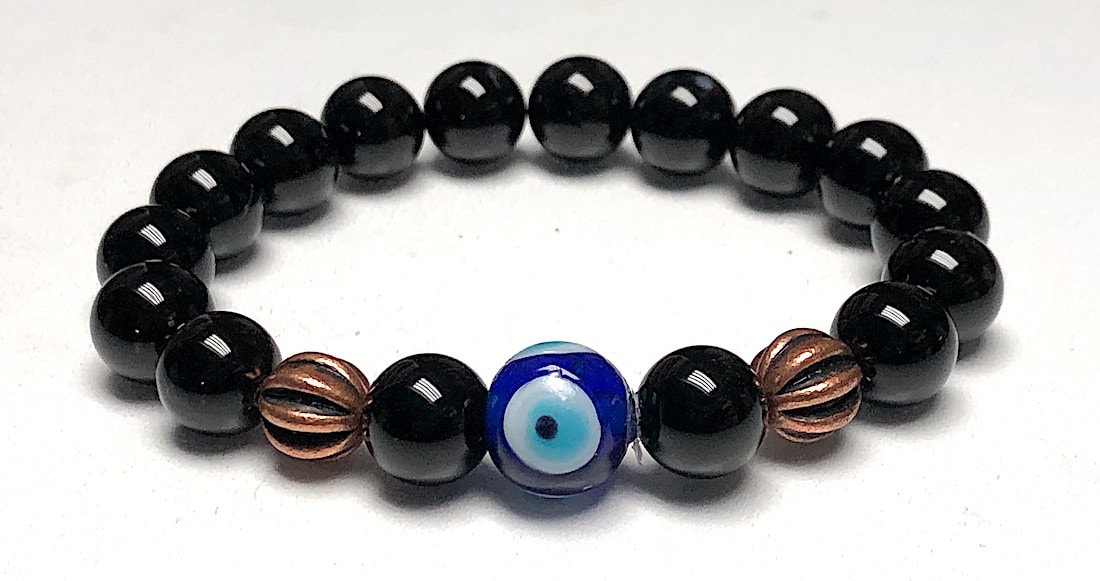 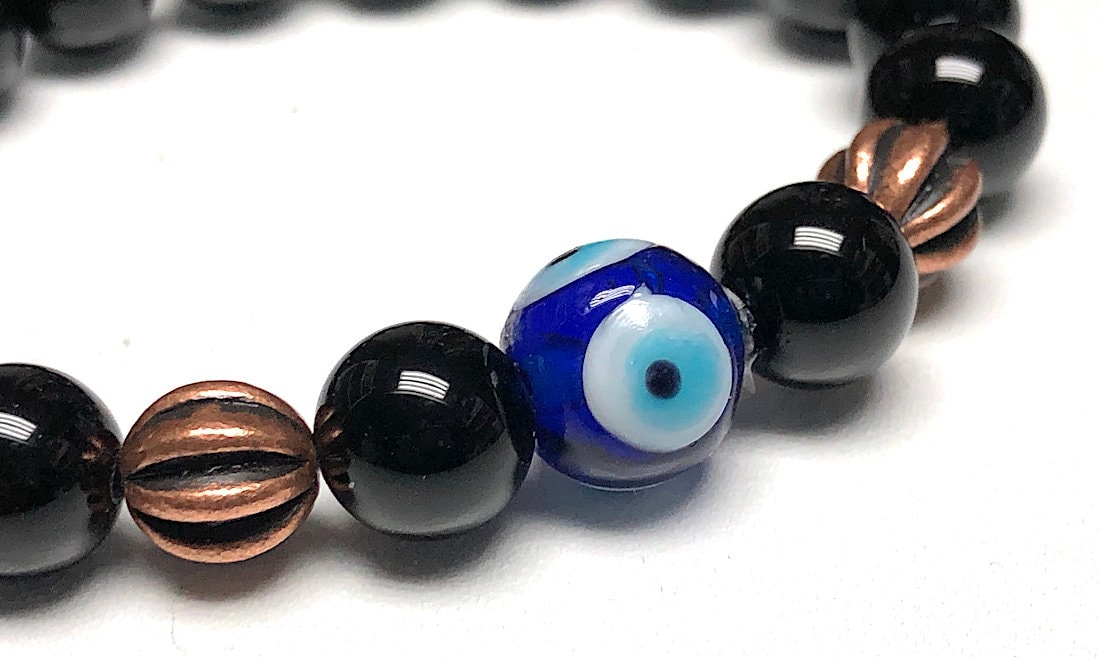 
Gemstone beads in the mala - MAIN STONE: Black Tourmaline and Evil Eye. It’s believed that there are three types of evil eyes The first are unconscious evil eyes. These harm people and things, without intending to. The second type intends to harm. The third one is unseen, hidden evil which is the most scared one.Many cultures believe that receiving the evil eye will cause one misfortune, bad luck or injury. Evil eye jewelry and talismans created to protect against the evil eye are also frequentl
Black Tourmaline provides an excellent shield against environmental pollutants, electromagnetic smog, and radiation associated with cell phones, computers, and other electronic equipment. In industry, Tourmalines are highly valued as electrical tuning circuits for conducting television and radio frequencies. They are used for their durability since high frequencies can be passed through them without shattering, as many crystals do. Tourmaline strengthens the sense of smell, and in that respect,
can also enhance the perception of pheromones which produces an aphrodisiac effect. Black Tourmaline is a stone of purification, cleansing the emotional body of negative thoughts, anxieties, anger or feelings of unworthiness. It helps in overcoming substance abuse, and releases any suicidal thoughts or self-harming tendencies. It may be beneficial in treating obsessive or compulsive behaviors, and in relinquishing chronic worry. Black Tourmaline increases physical vitality, replacing tension.