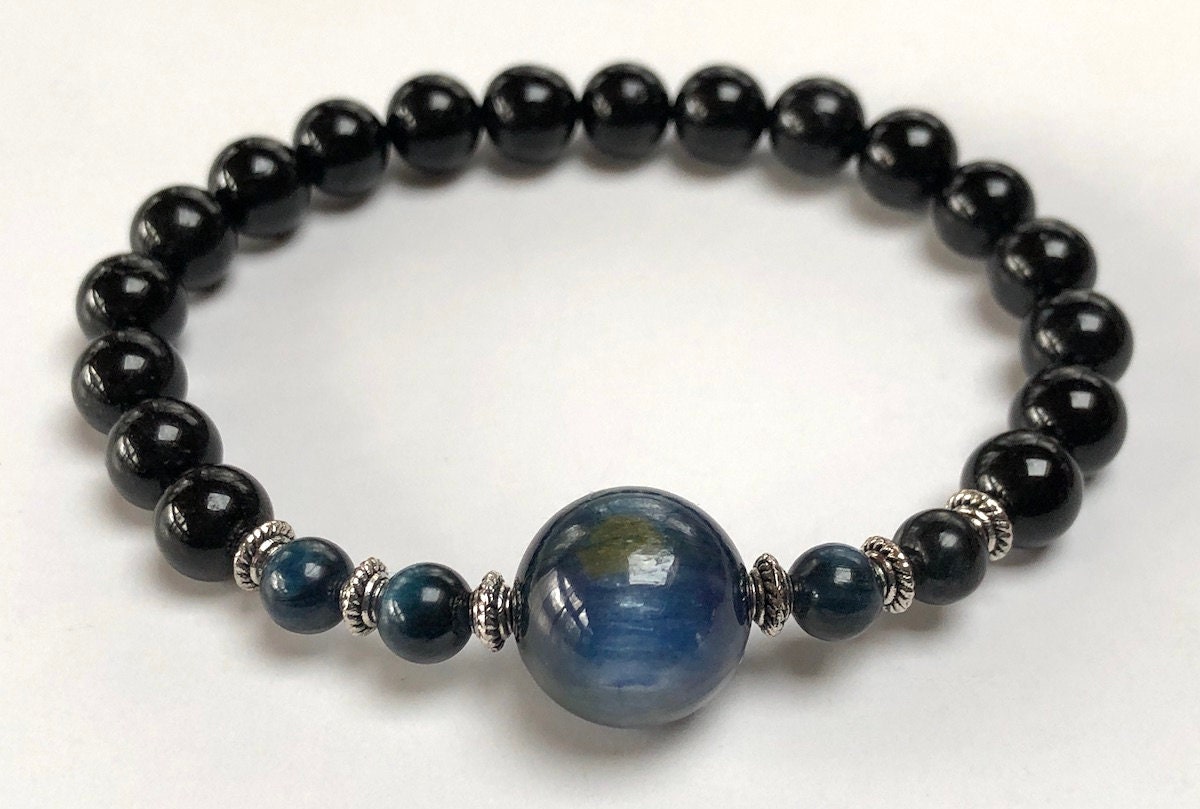 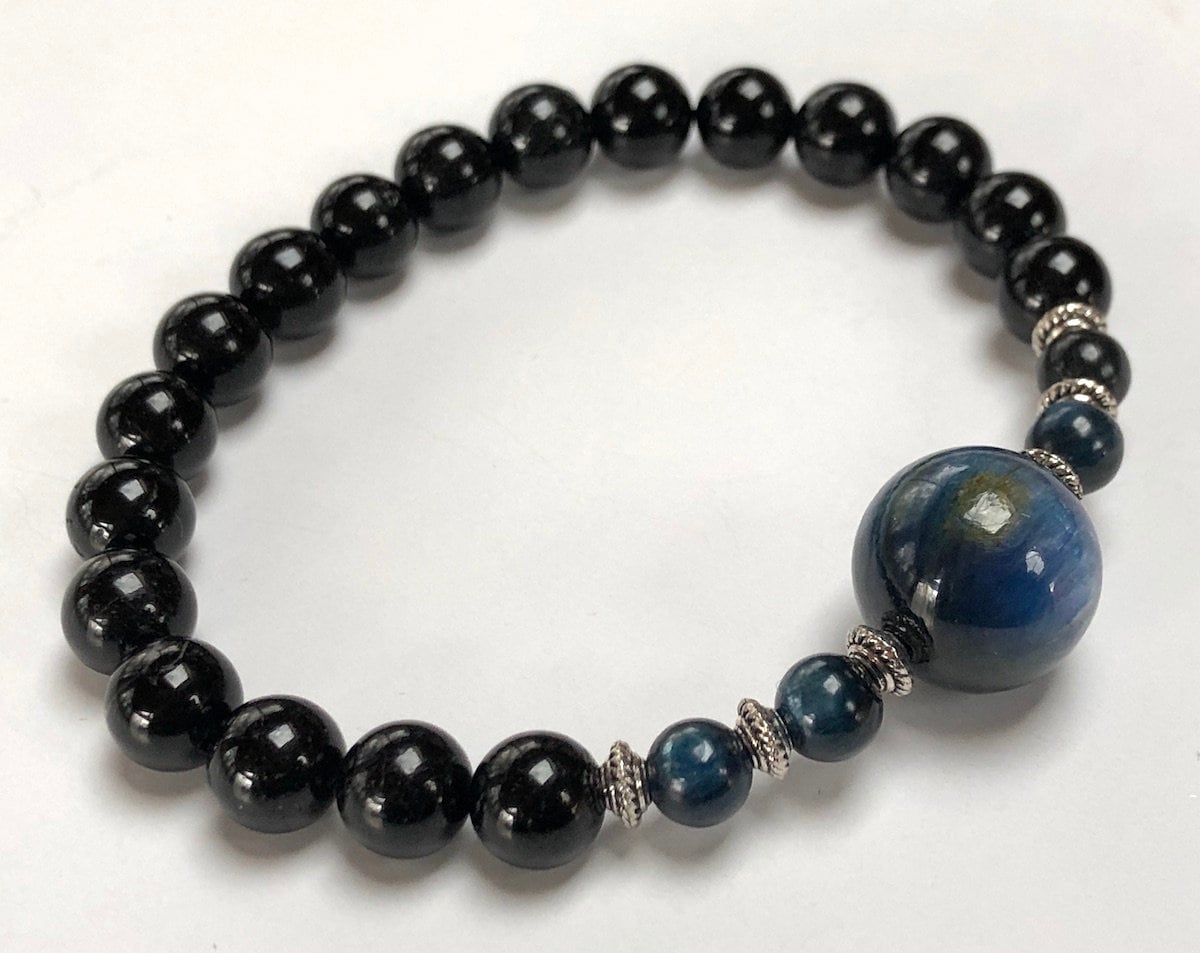 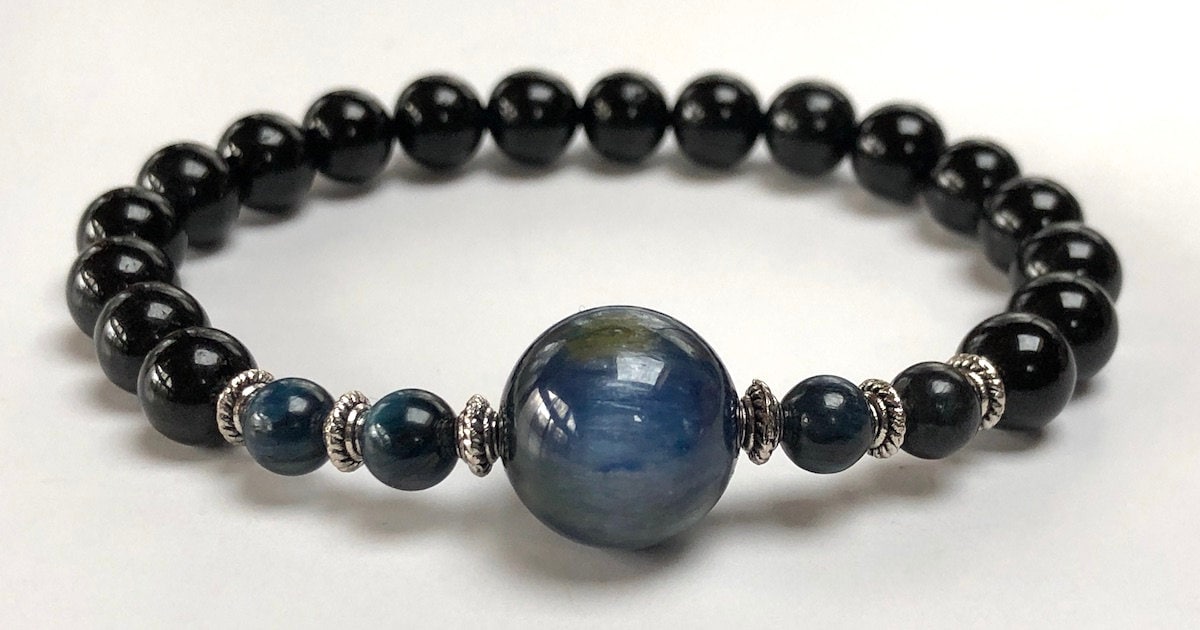 Gemstone beads in the mala - MAIN STONE: Black Tourmaline and Kyanite. Kyanite is an excellent stone for meditation and attunement. It will not retain negative vibrations or energy, therefore never requiring clearing. Kyanite aligns all chakras and subtle bodies instantly. It provides balance of yin-yang energy and dispels blockages, moving energy gently through the physical body. Kyanite does not retain or accumulate negative vibrations of any type it does not need cleansing.