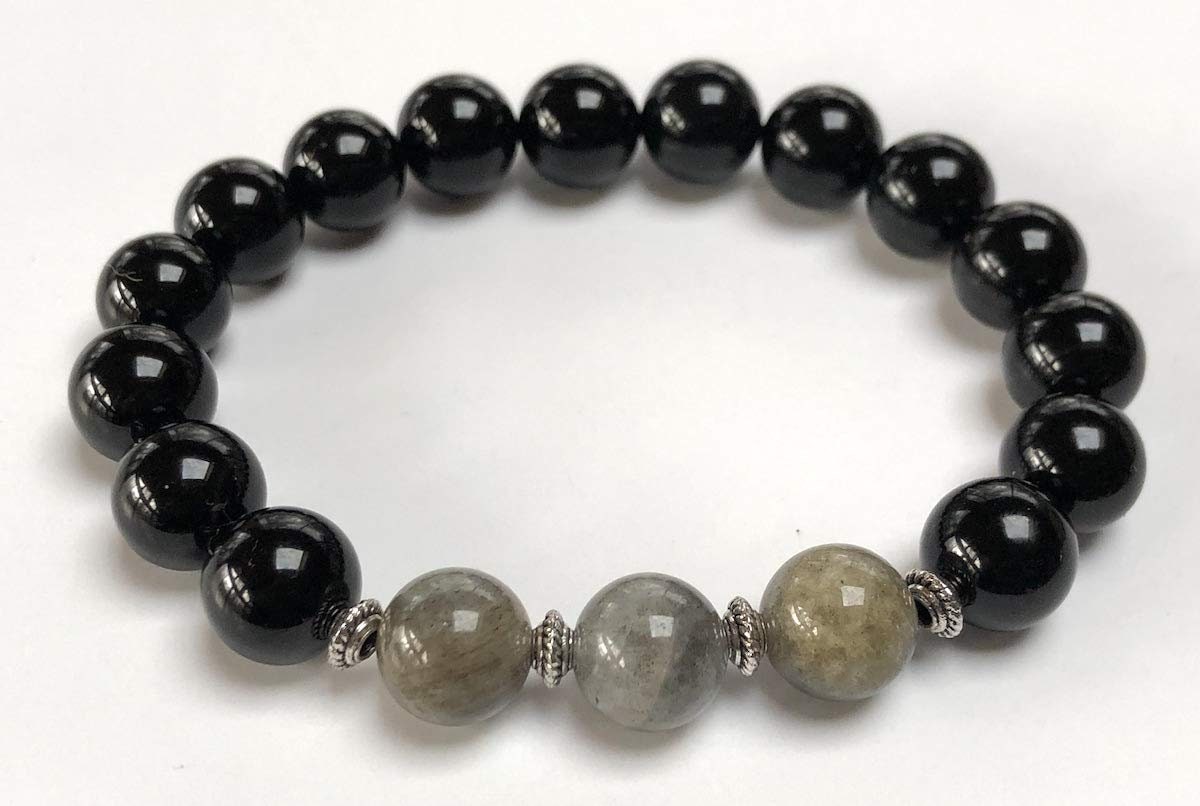 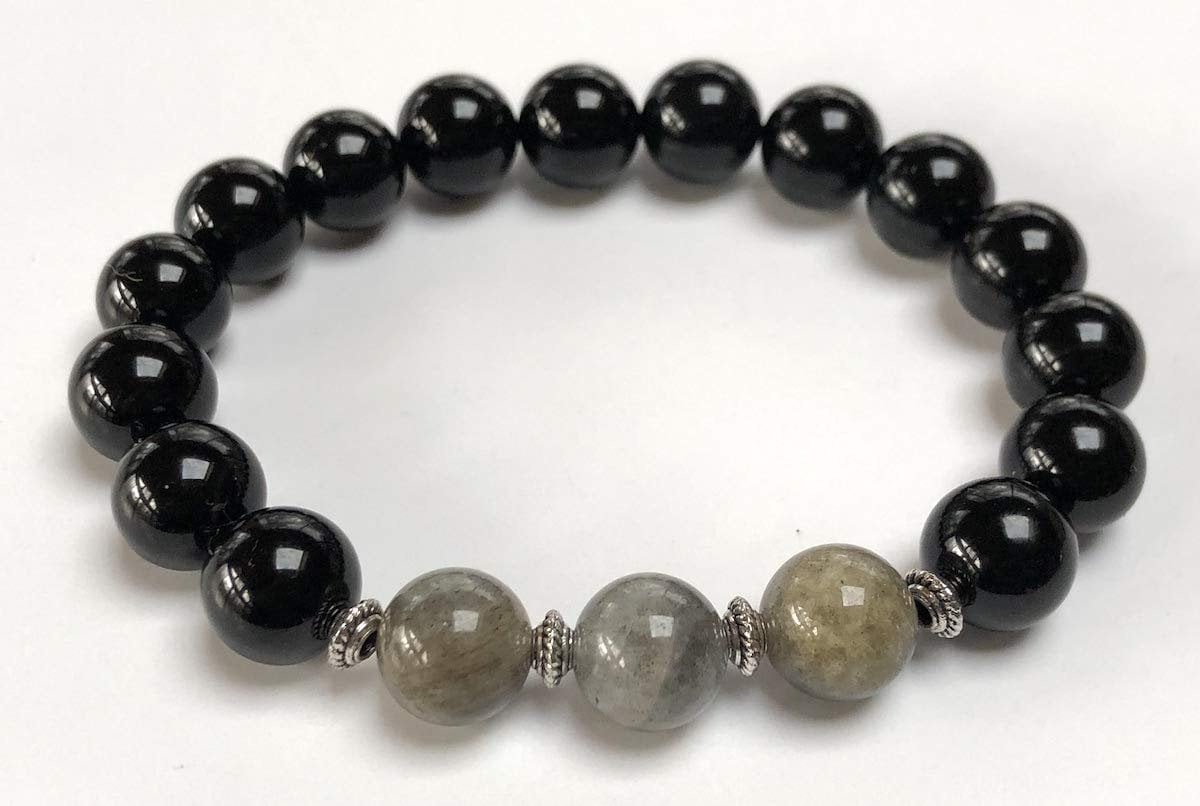 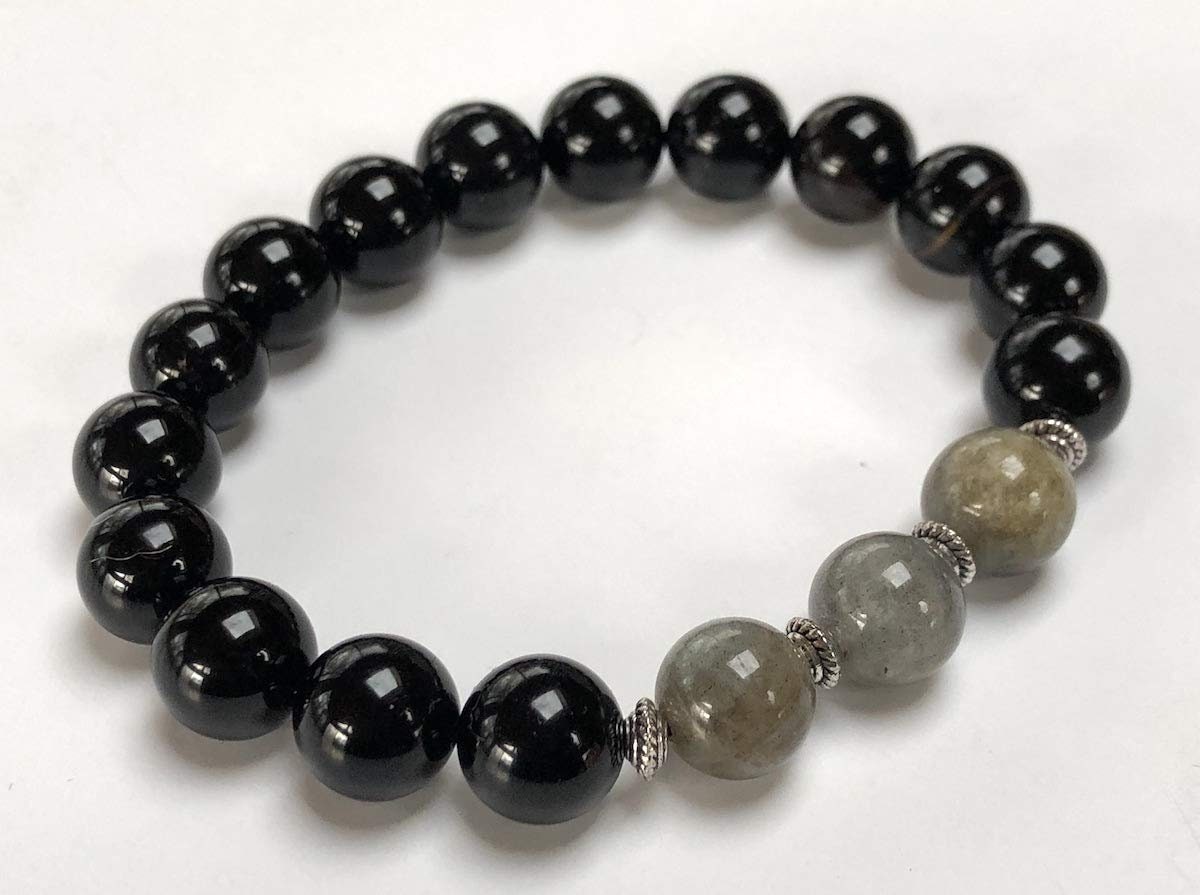 Gemstone beads in the mala - MAIN STONE: Black Tourmaline and Labradorite. A stone of transformation, Labradorite is a useful companion through change, imparting strength and perseverance. It balances and protects the aura, raises consciousness and grounds spiritual energies. Excellent for strengthening intuition.They are powerful healing crystals for you to use to stimulate an increase in coincidence and synchronicity, they are well known to boost Psychic abilities.