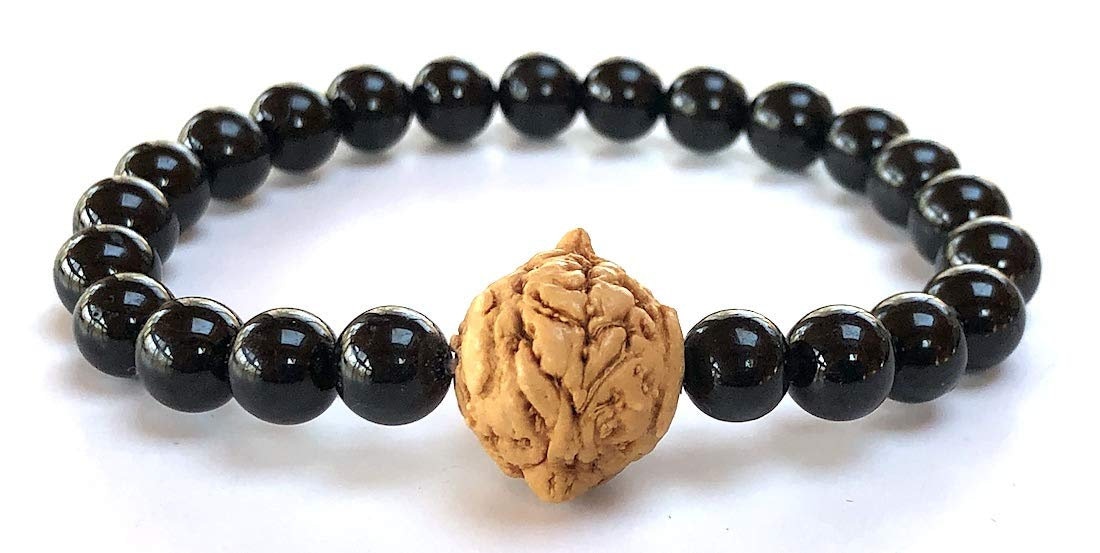 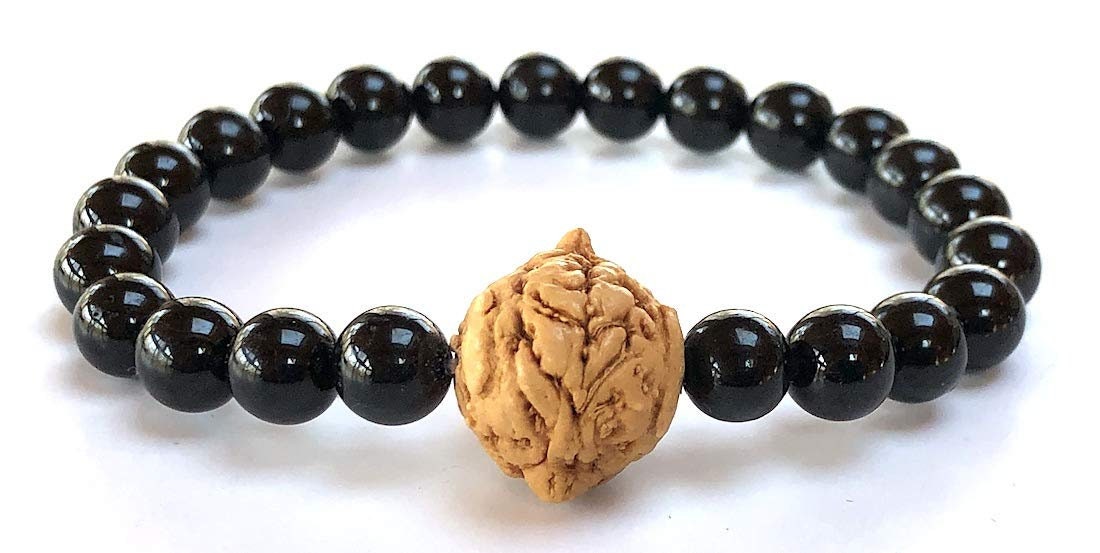 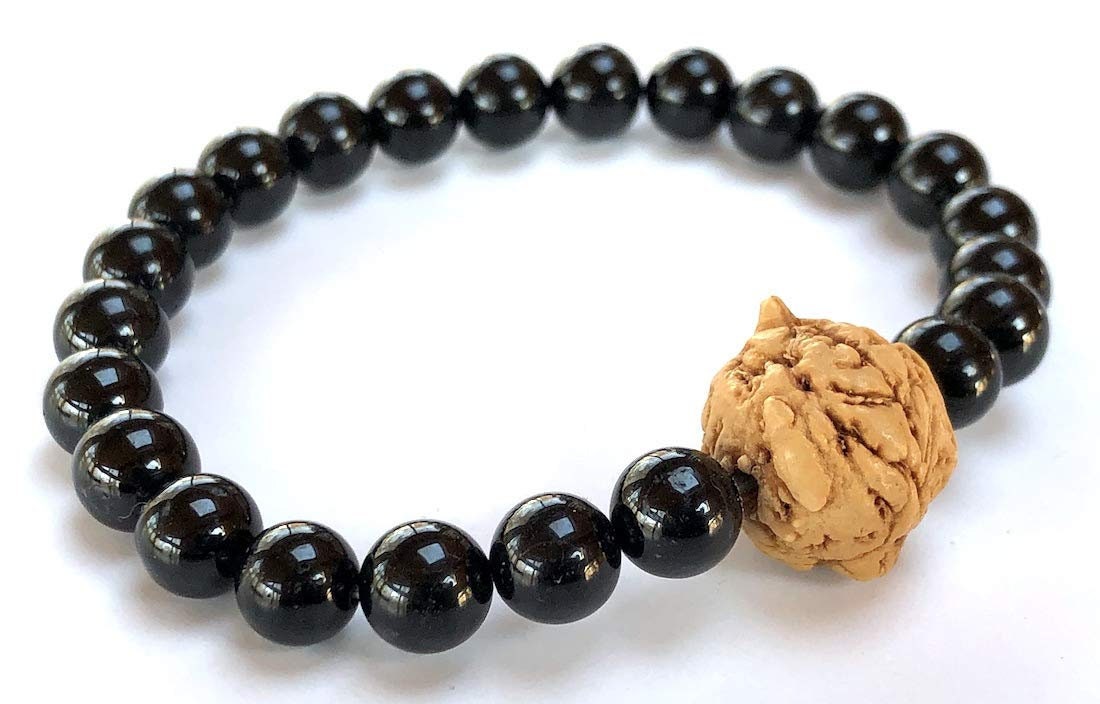 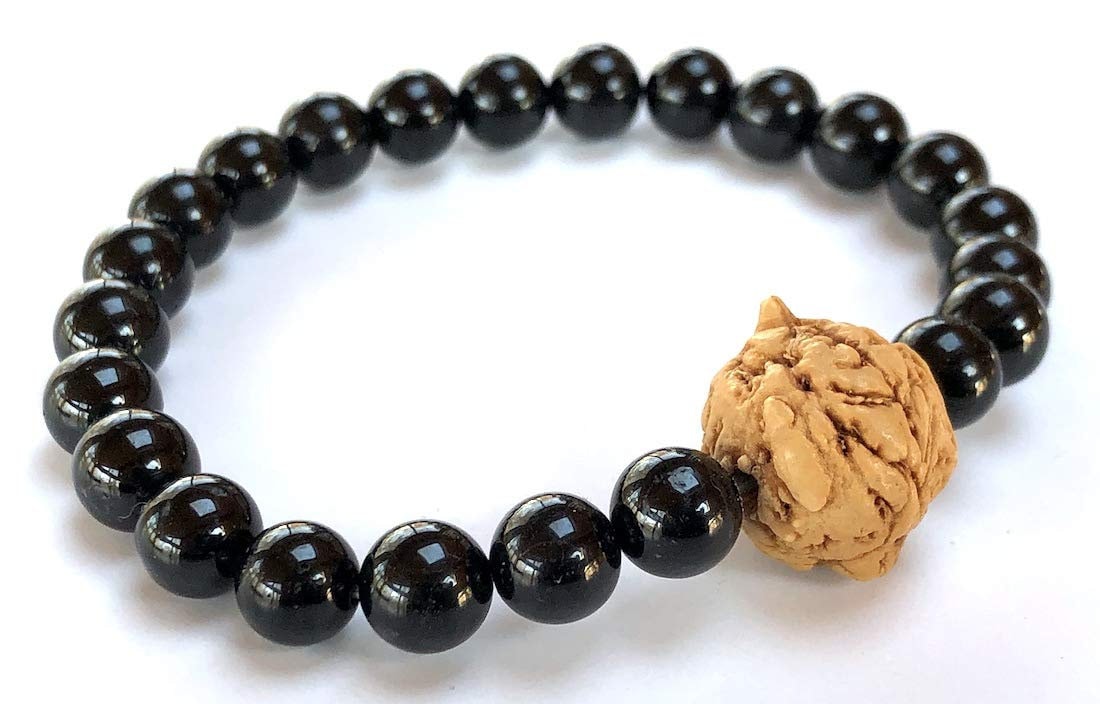 Gemstone beads in the mala - MAIN STONE: Black Tourmaline and Bodhiseed Bead. Bodhi in sanskrit translates to “enlightened” or "awakenened," therefore the bodhi seed means “enlightened seed.” Bodhi is also a term in Buddhism to reflect a Buddha’s understanding of the true nature of things. Many Buddhist wear the bodhi seeds during their meditation practices to ultimately reach enlightenment. The seeds have a special significance to all seekers of divine wisdom.
Black Tourmaline provides an excellent shield against environmental pollutants, electromagnetic smog, and radiation associated with cell phones, computers, and other electronic equipment. In industry, Tourmalines are highly valued as electrical tuning circuits for conducting television and radio frequencies. They are used for their durability since high frequencies can be passed through them without shattering, as many crystals do. Tourmaline strengthens the sense of smell, and in that respect,
can also enhance the perception of pheromones which produces an aphrodisiac effect. Black Tourmaline is a stone of purification, cleansing the emotional body of negative thoughts, anxieties, anger or feelings of unworthiness. It helps in overcoming substance abuse, and releases any suicidal thoughts or self-harming tendencies. It may be beneficial in treating obsessive or compulsive behaviors, and in relinquishing chronic worry. Black Tourmaline increases physical vitality, replacing tension.