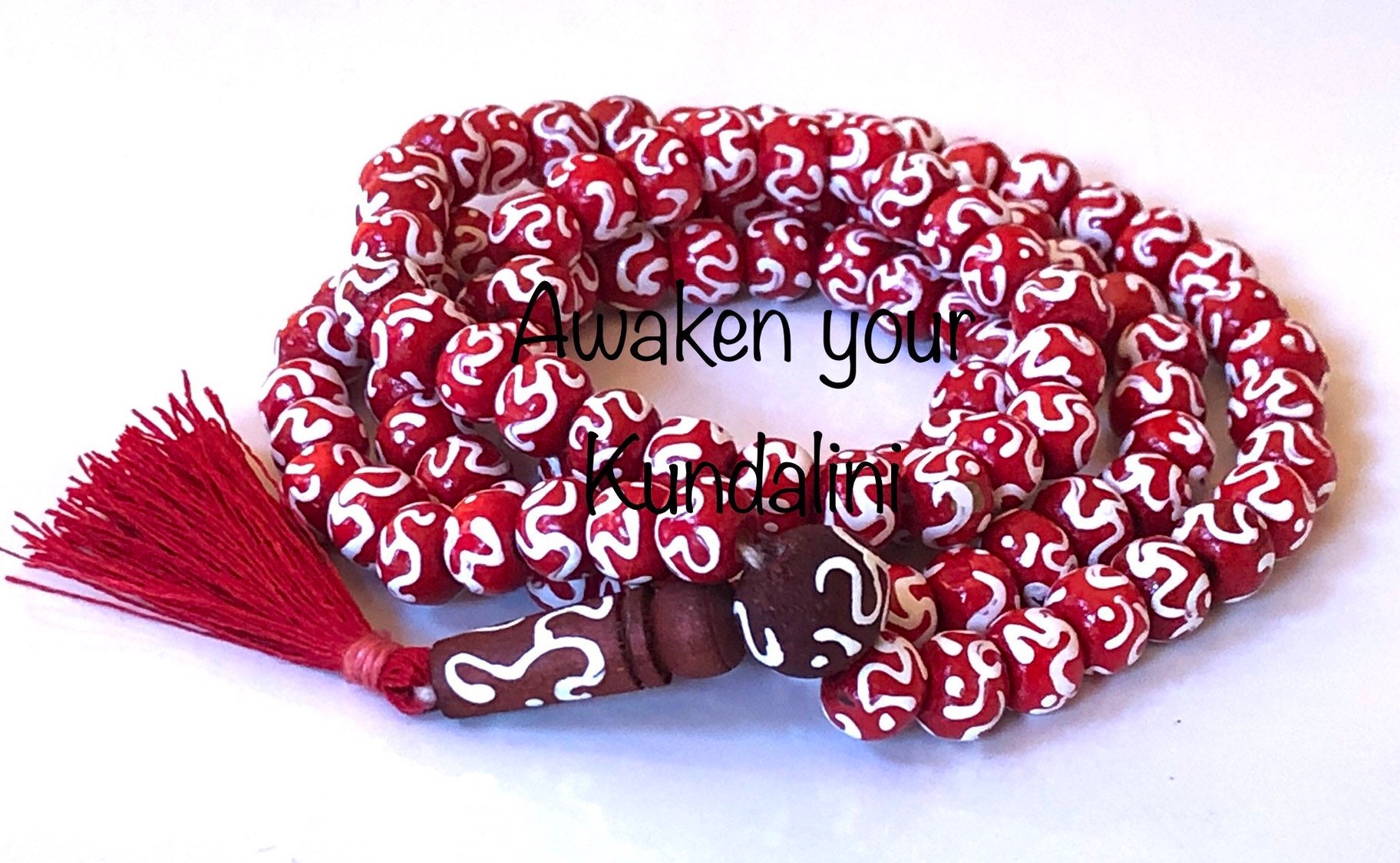 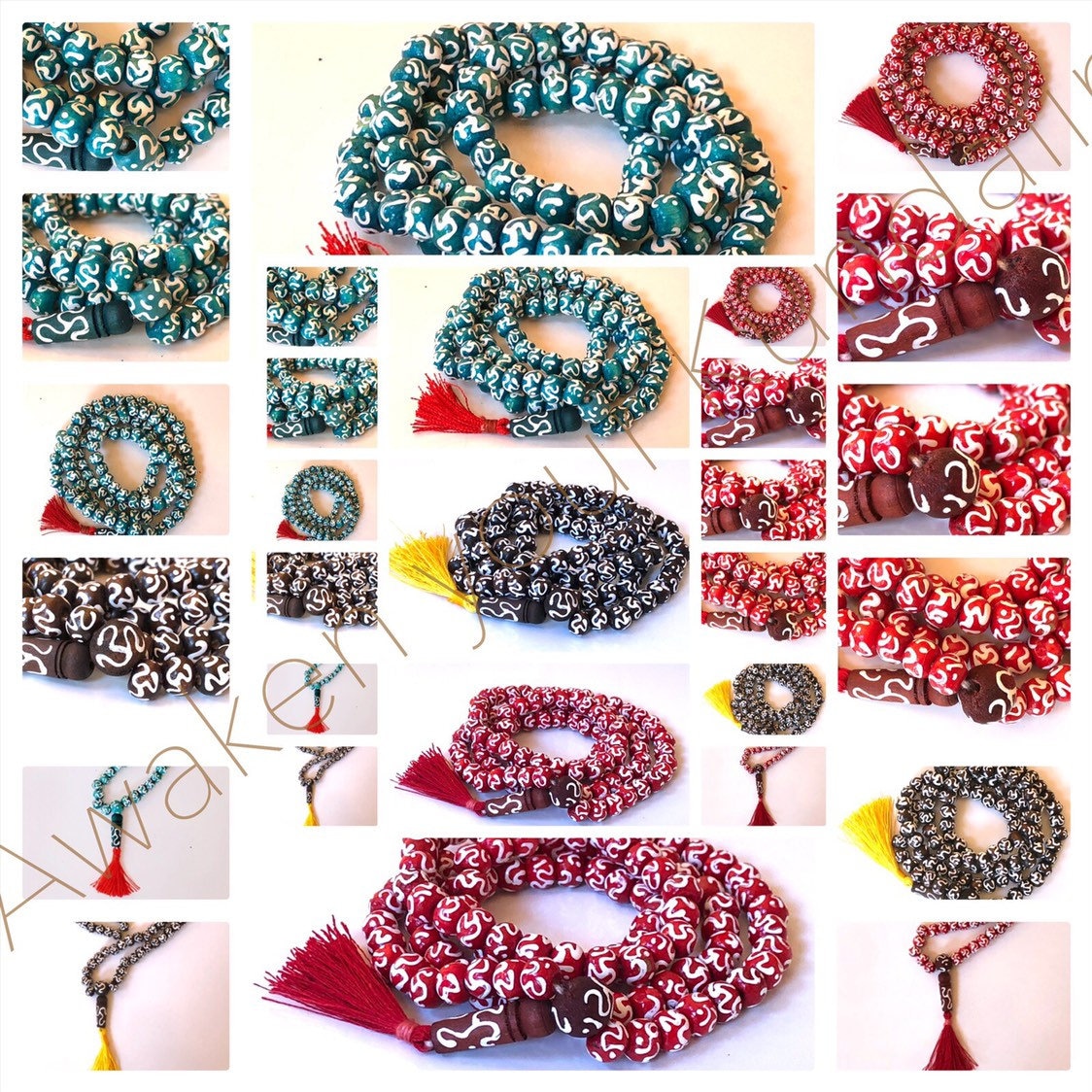 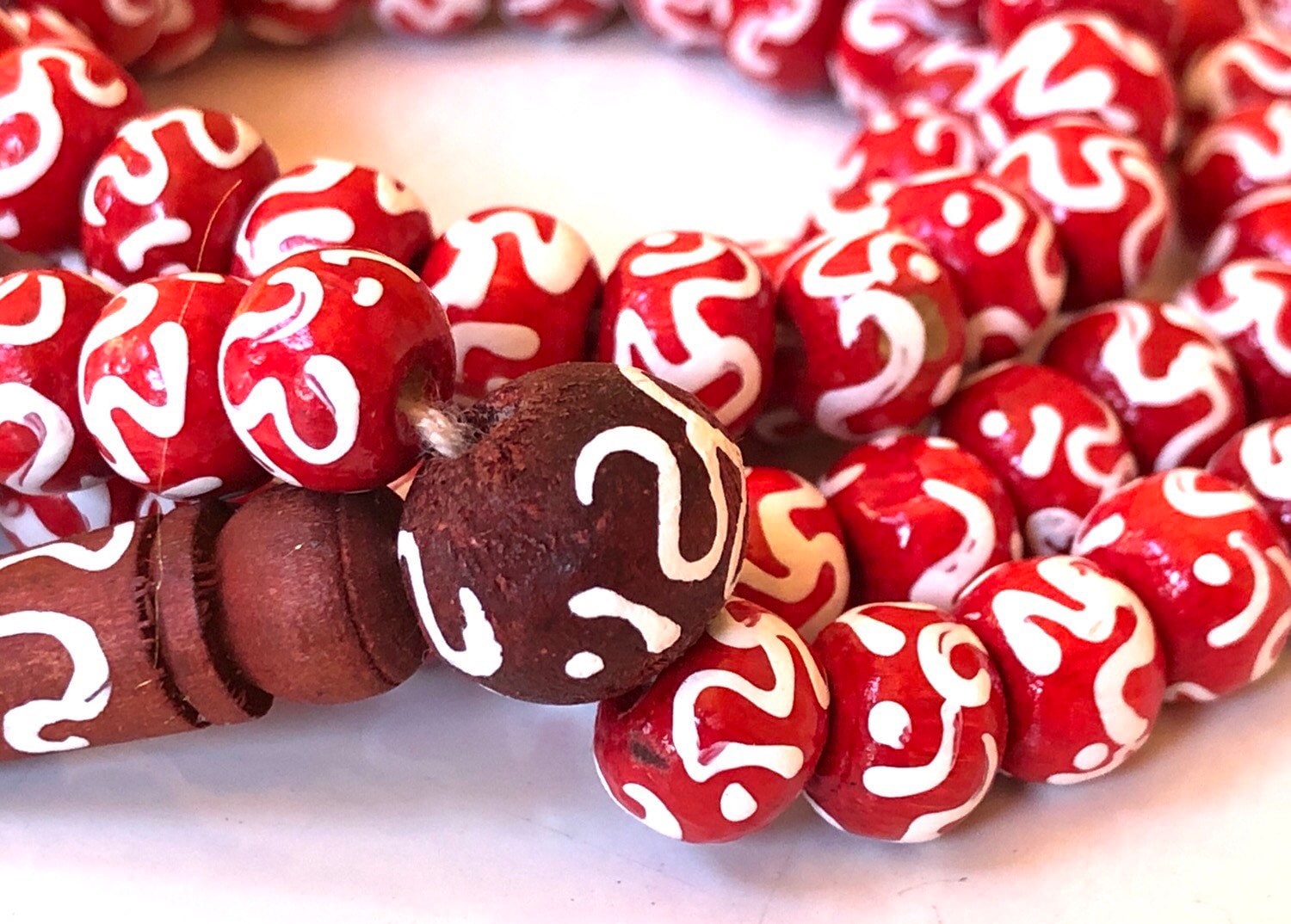 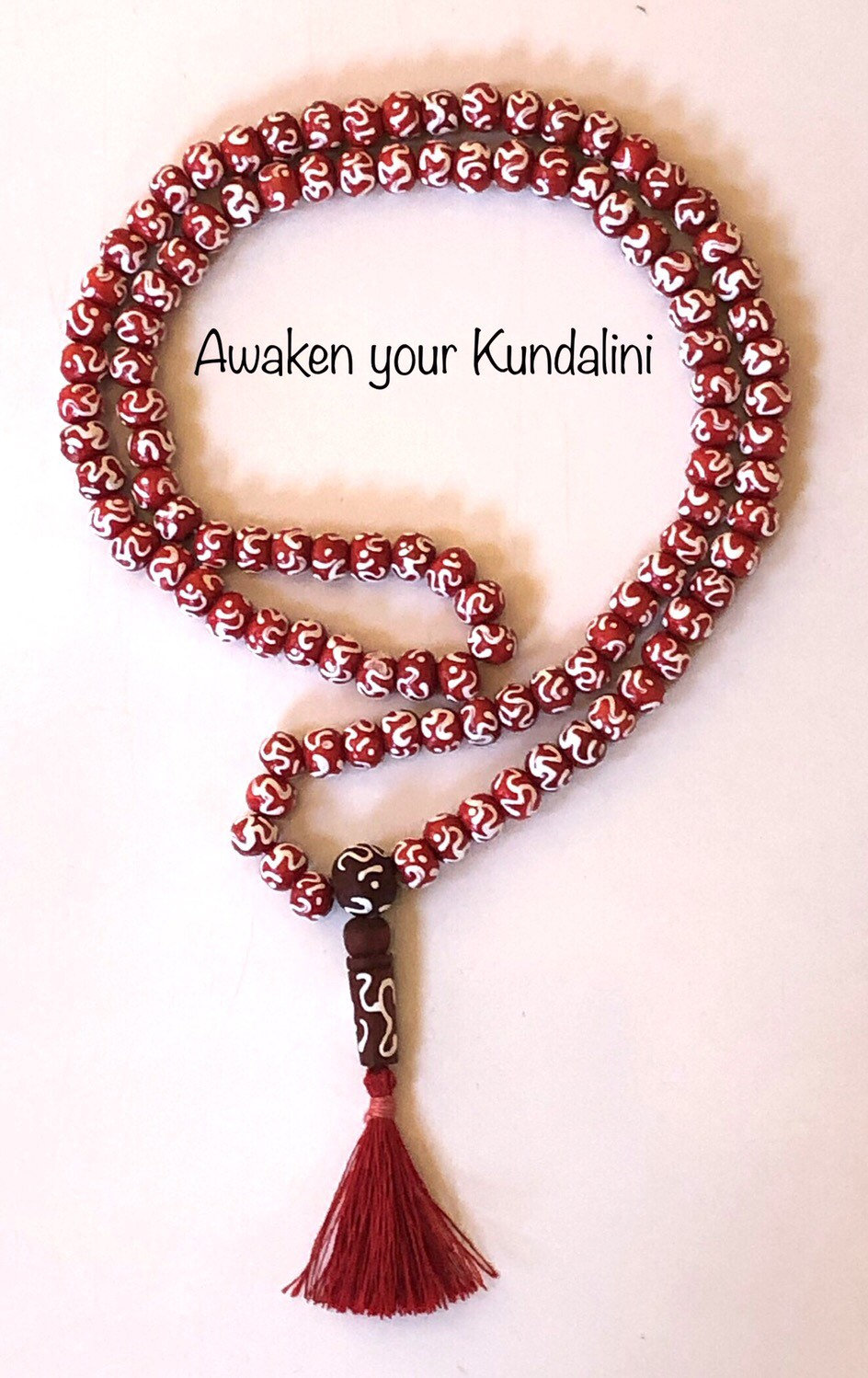 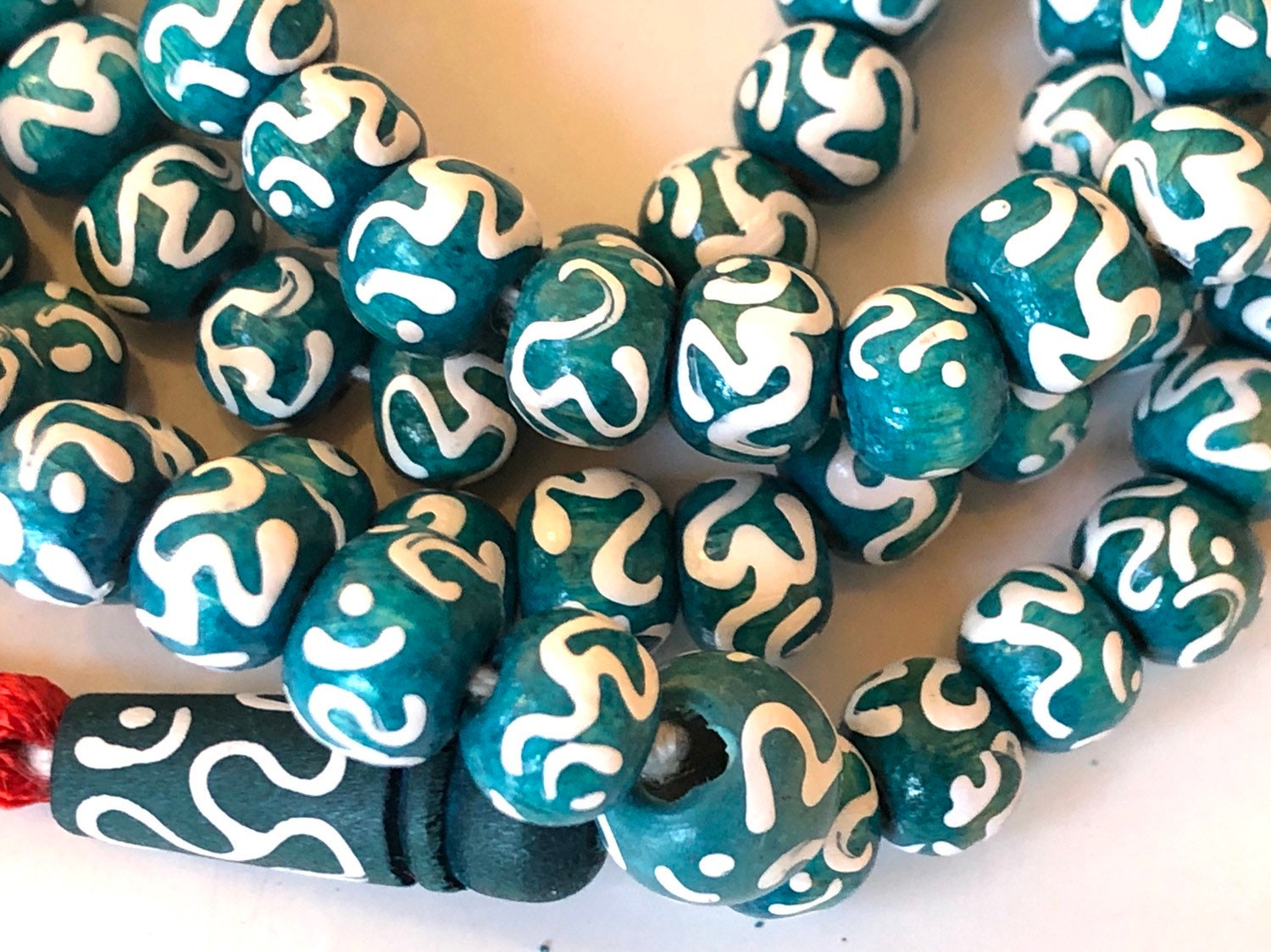 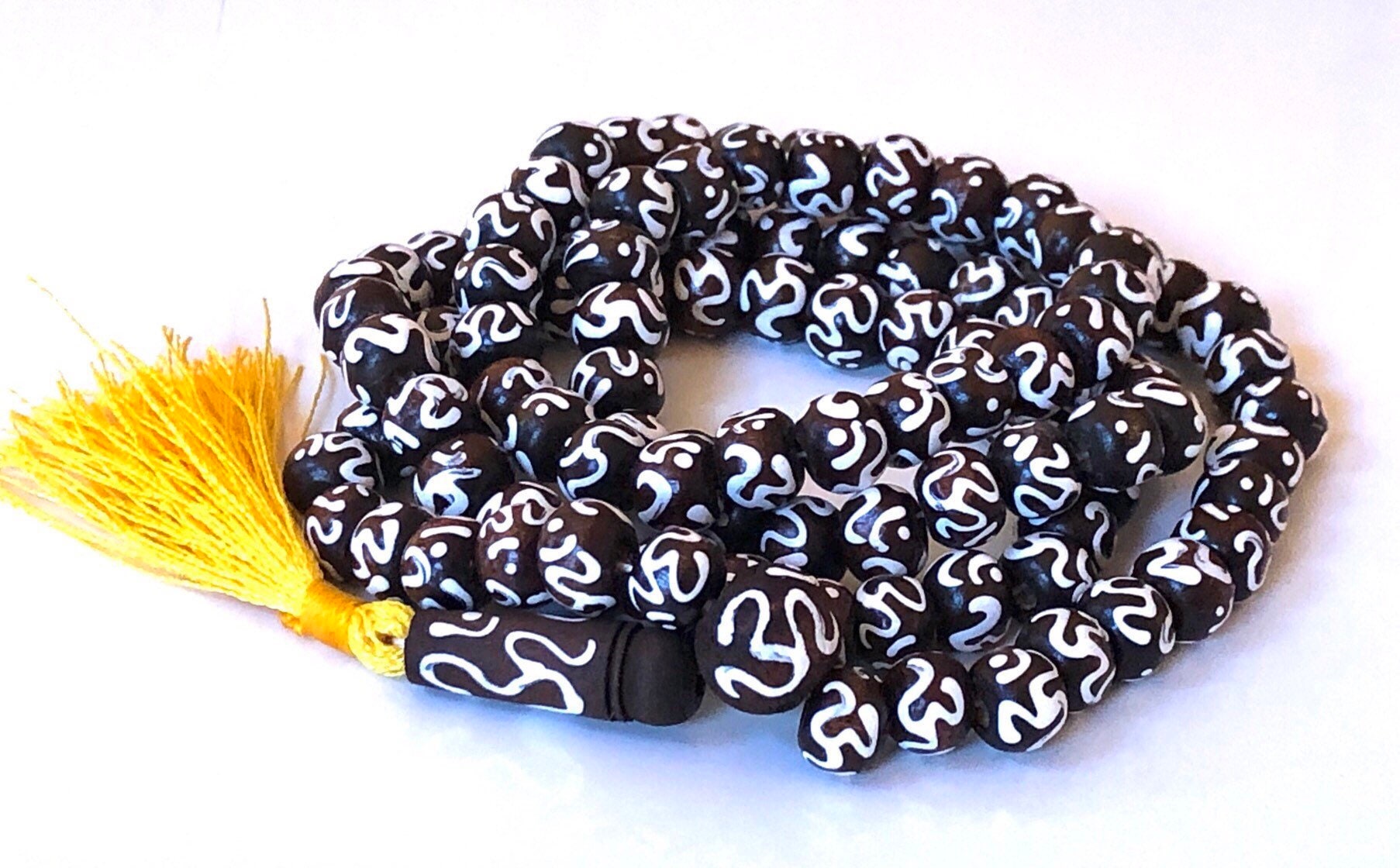 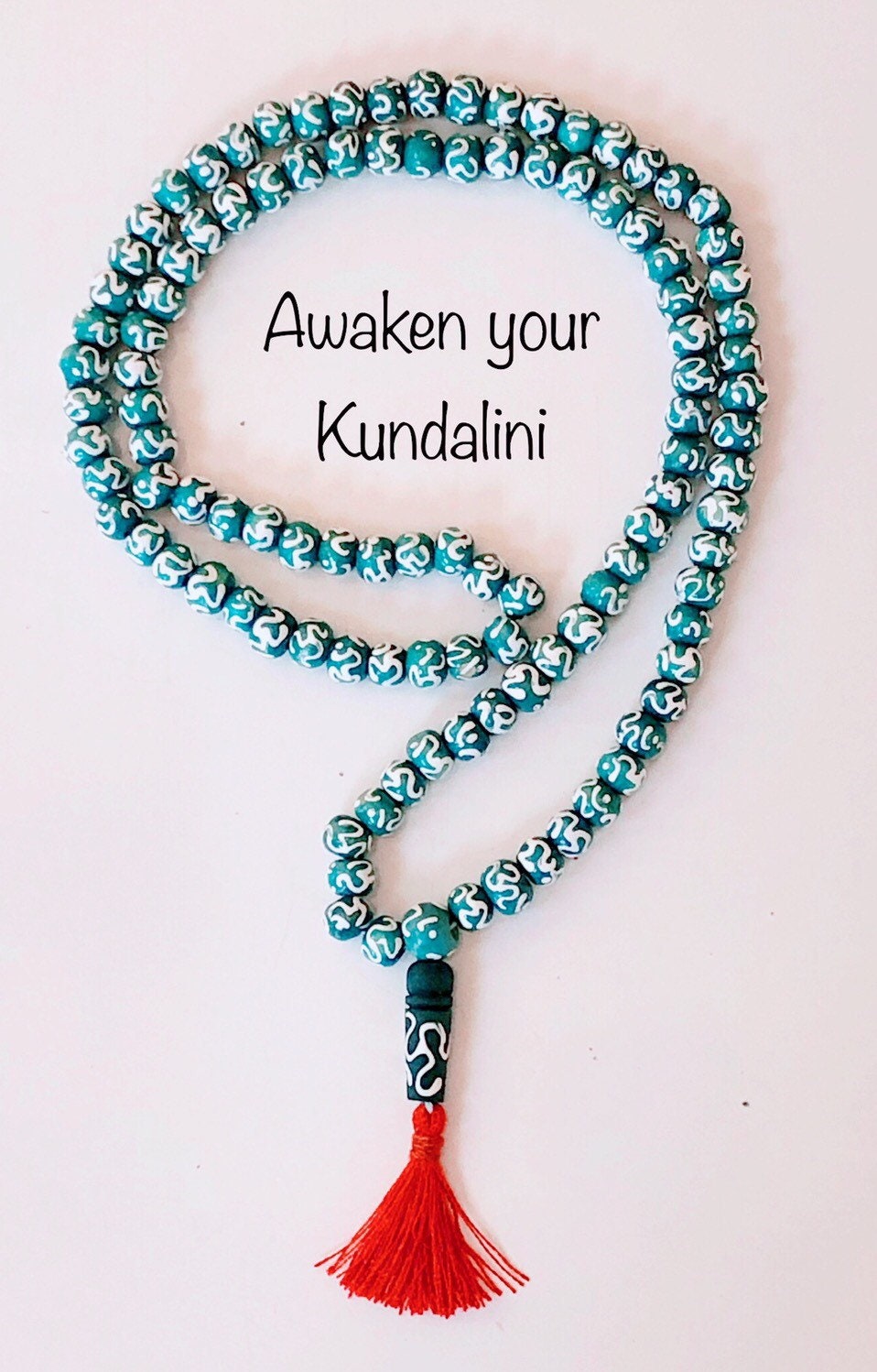 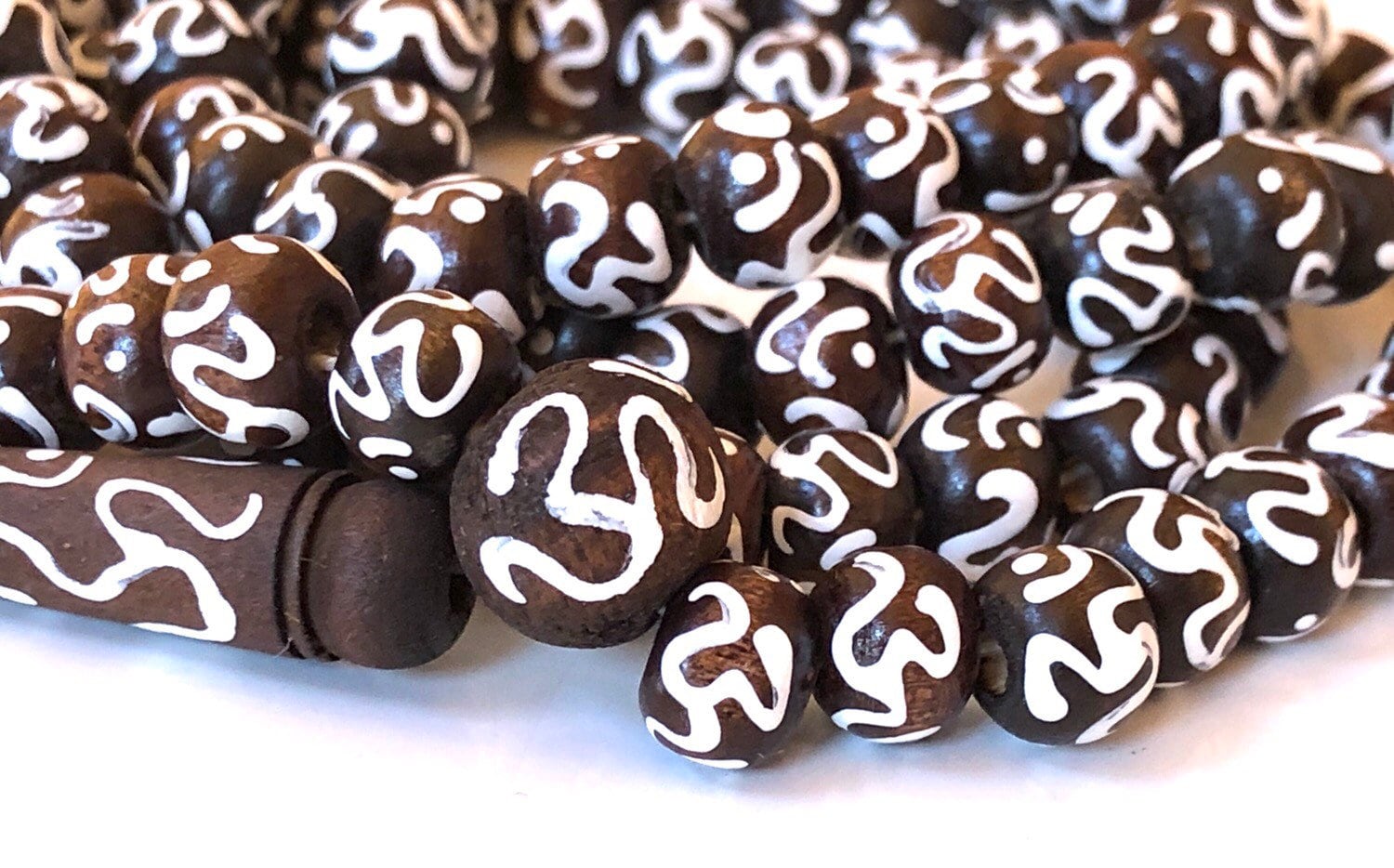 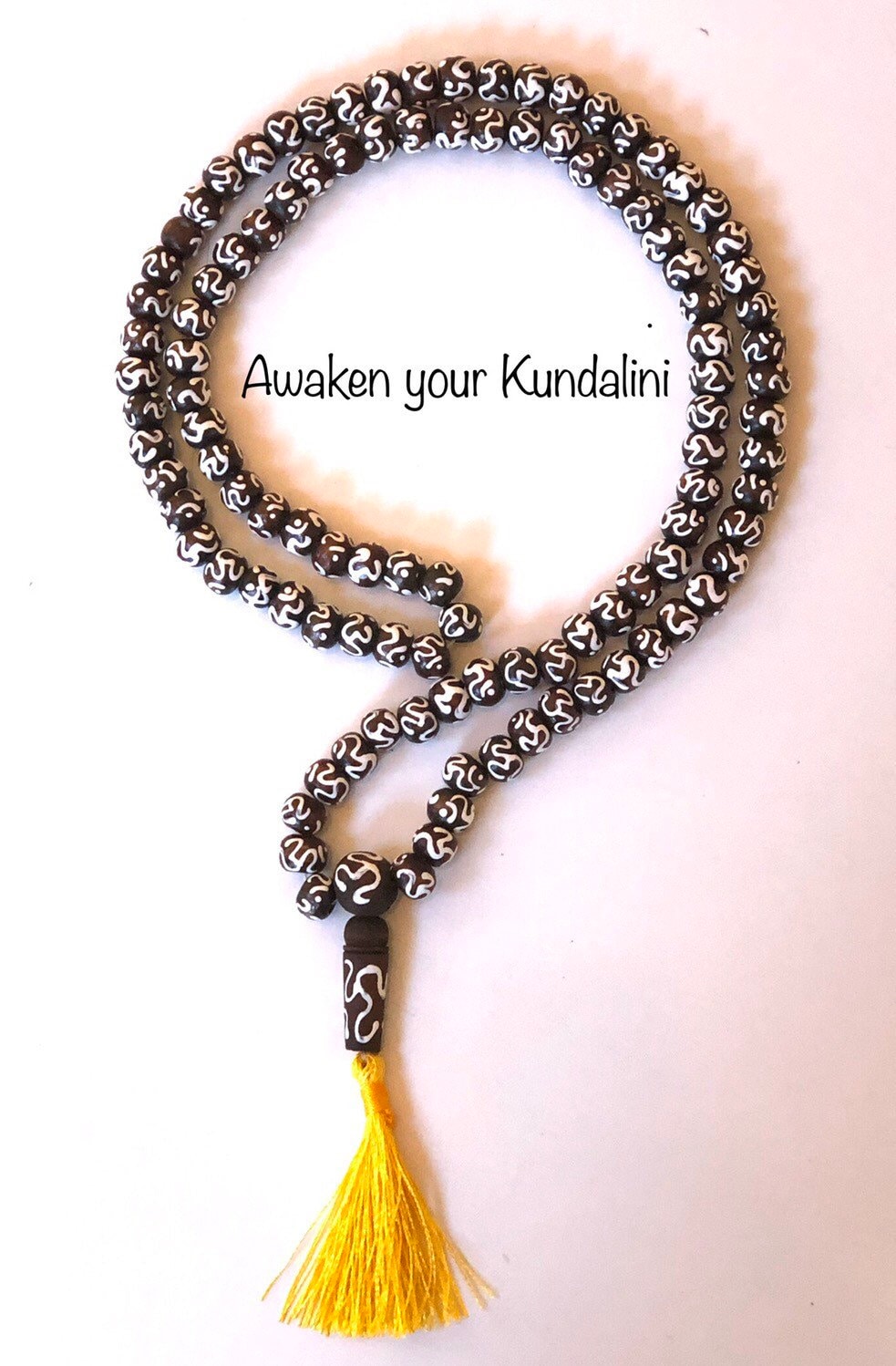 This is a Hindu "Om" mantra full mala necklace with 108+1 beads. The mala is strung on a red strong cotton thread. You can feel the positive energy radiating from these incredible beads. If you look closely at the picture you will find each of the 108 beads are hand etched with OM symbol. The surface of each bead has the traditional Hindu mantra, "Om" or"AUM", which translates or represents the sound Om, or the vibration of the universal divine and harmony among all things.