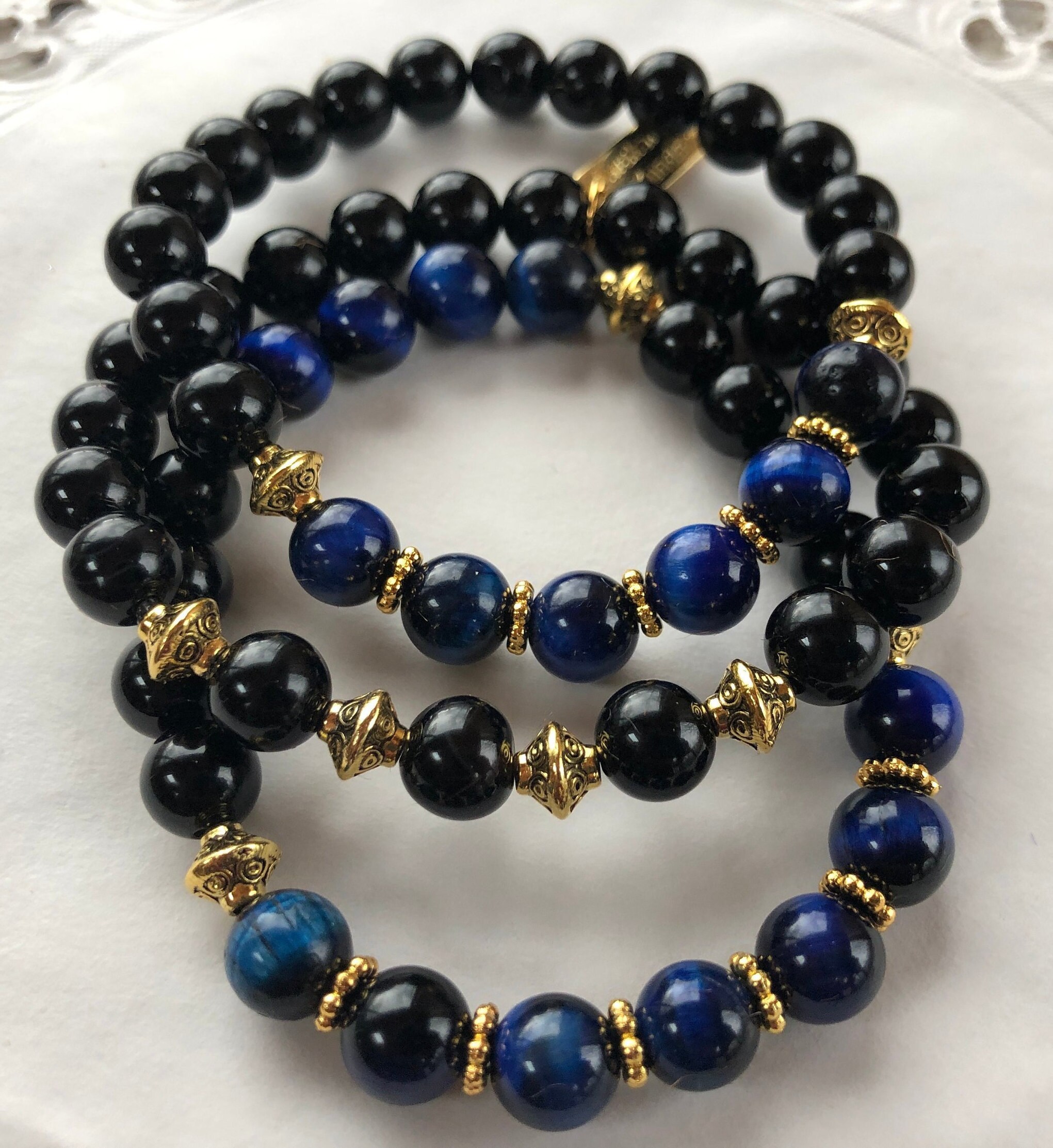 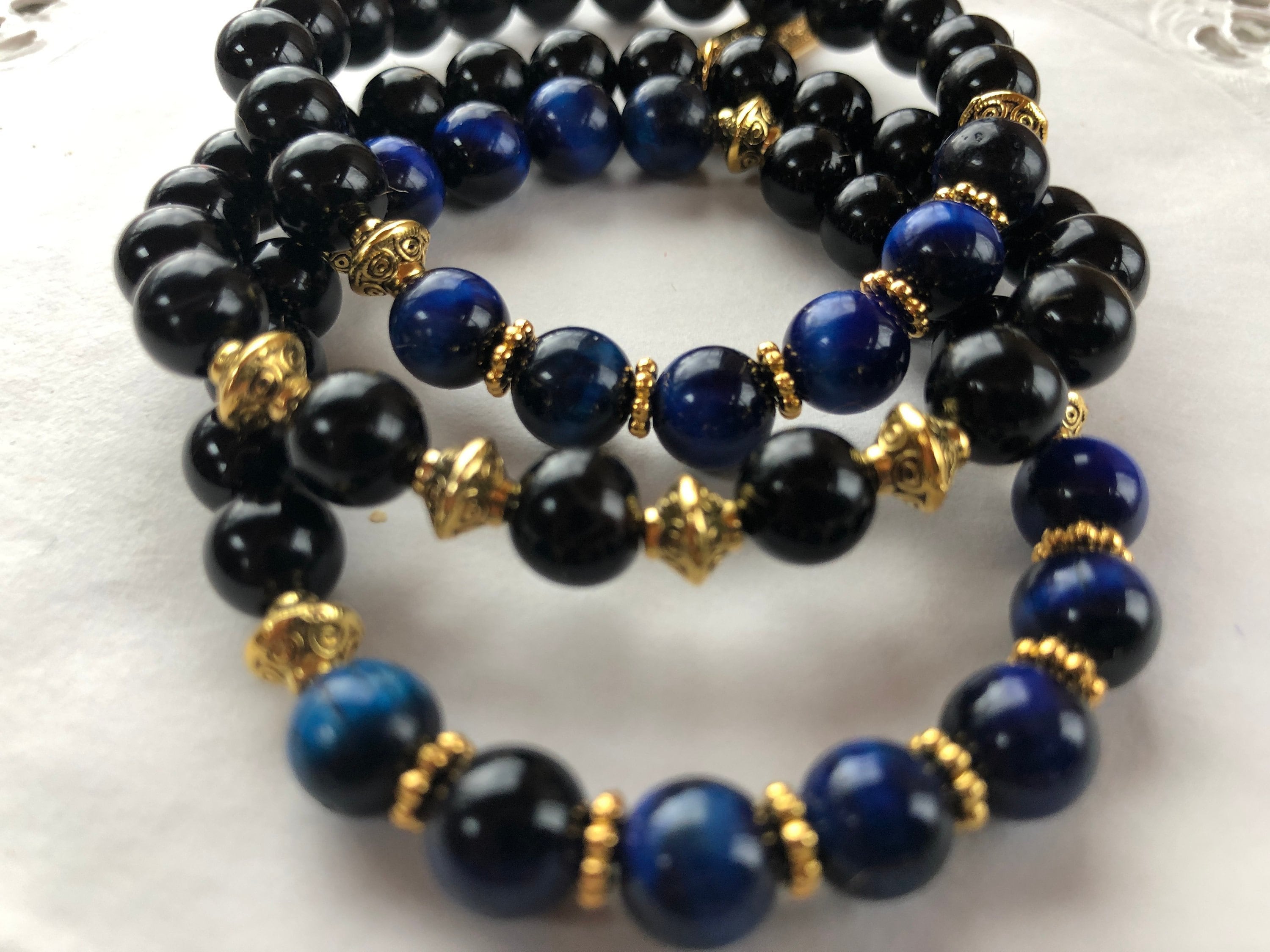 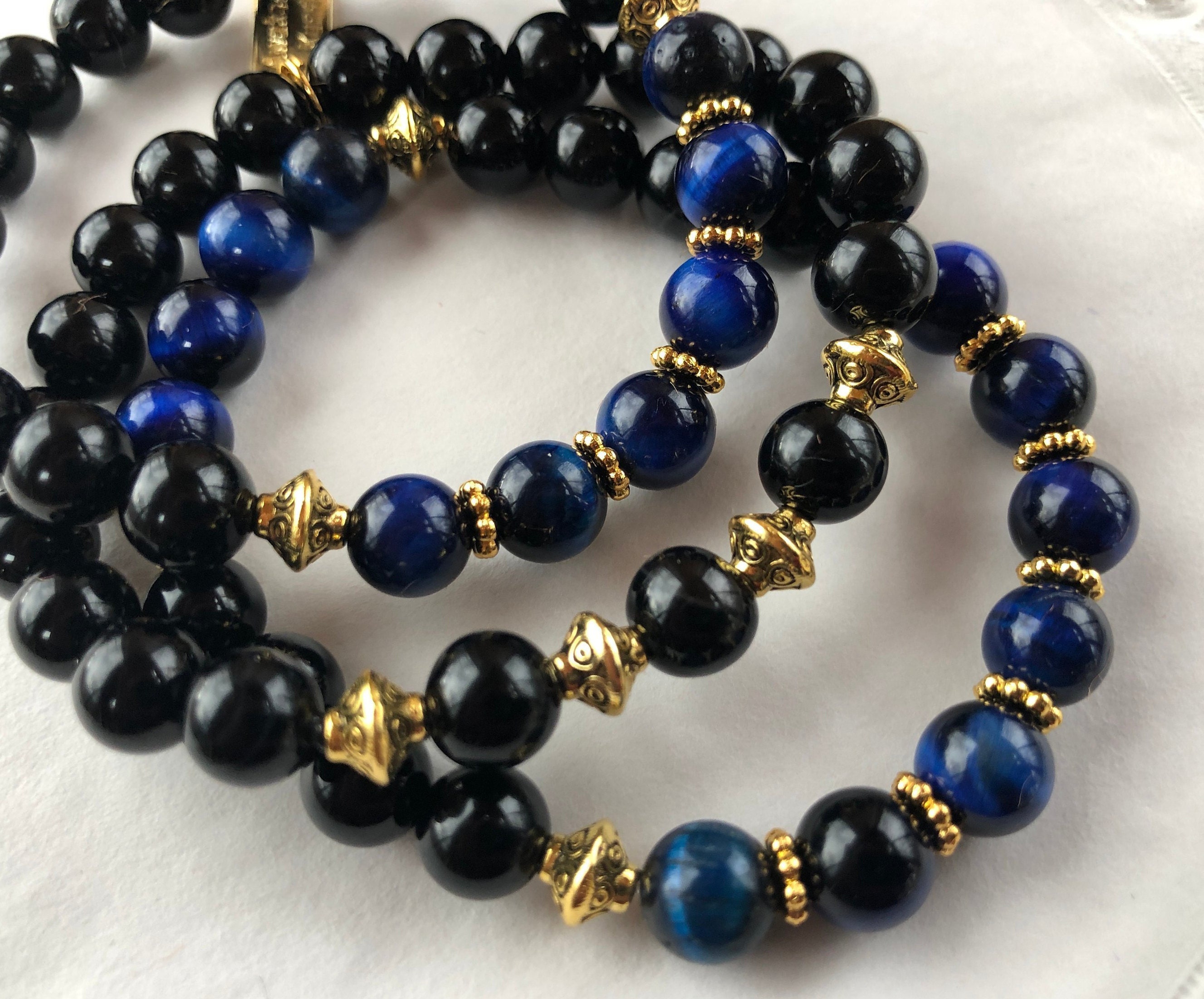 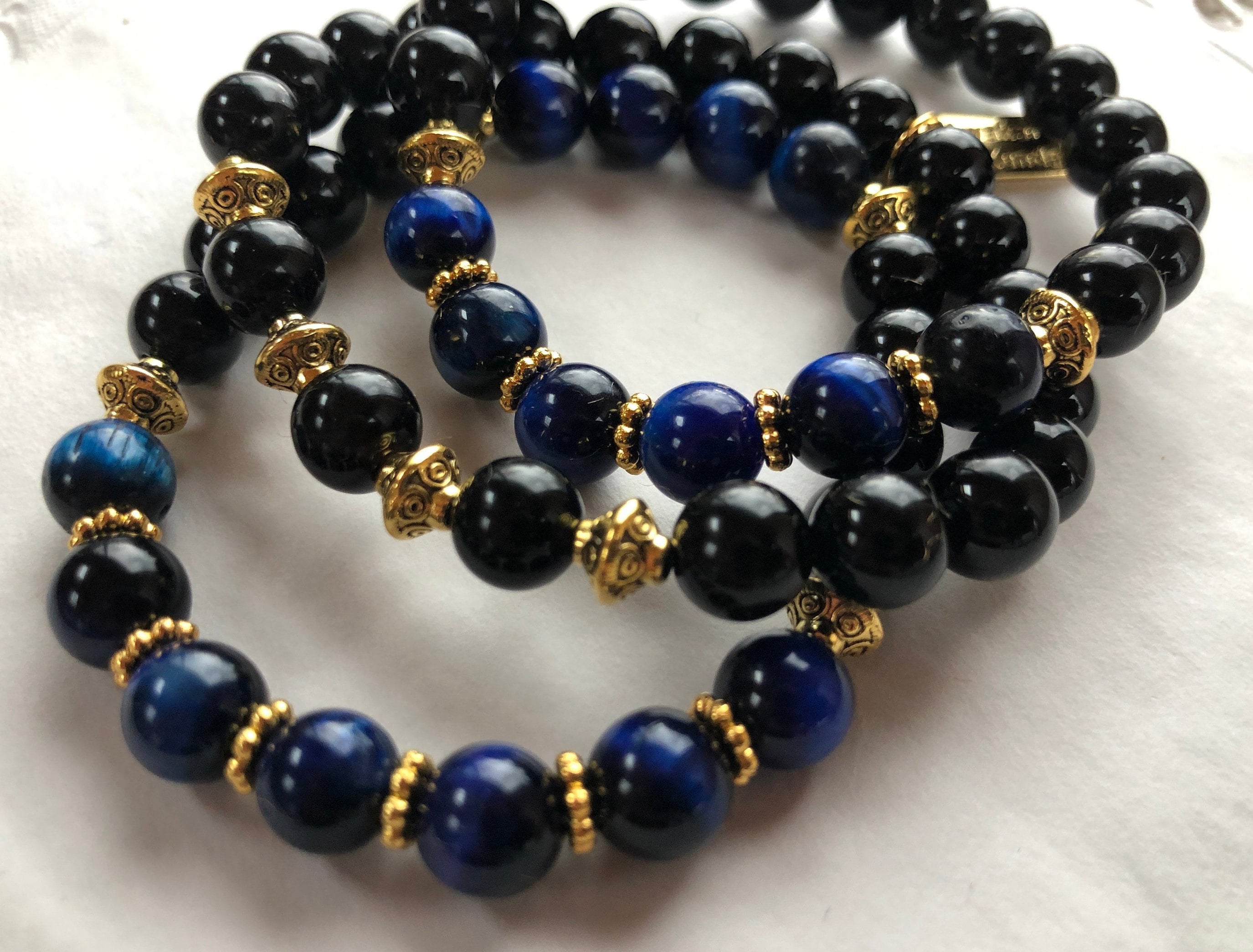 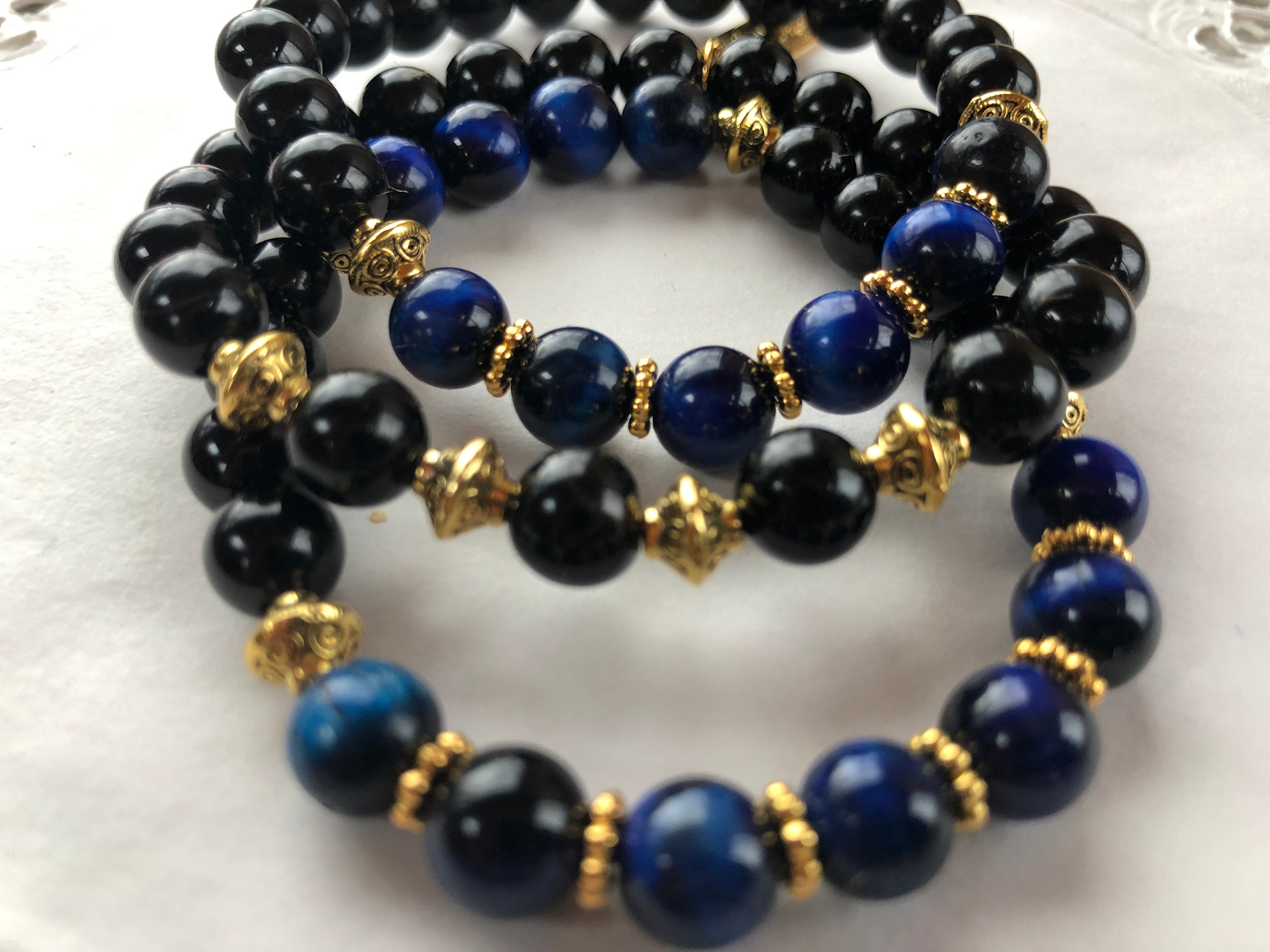 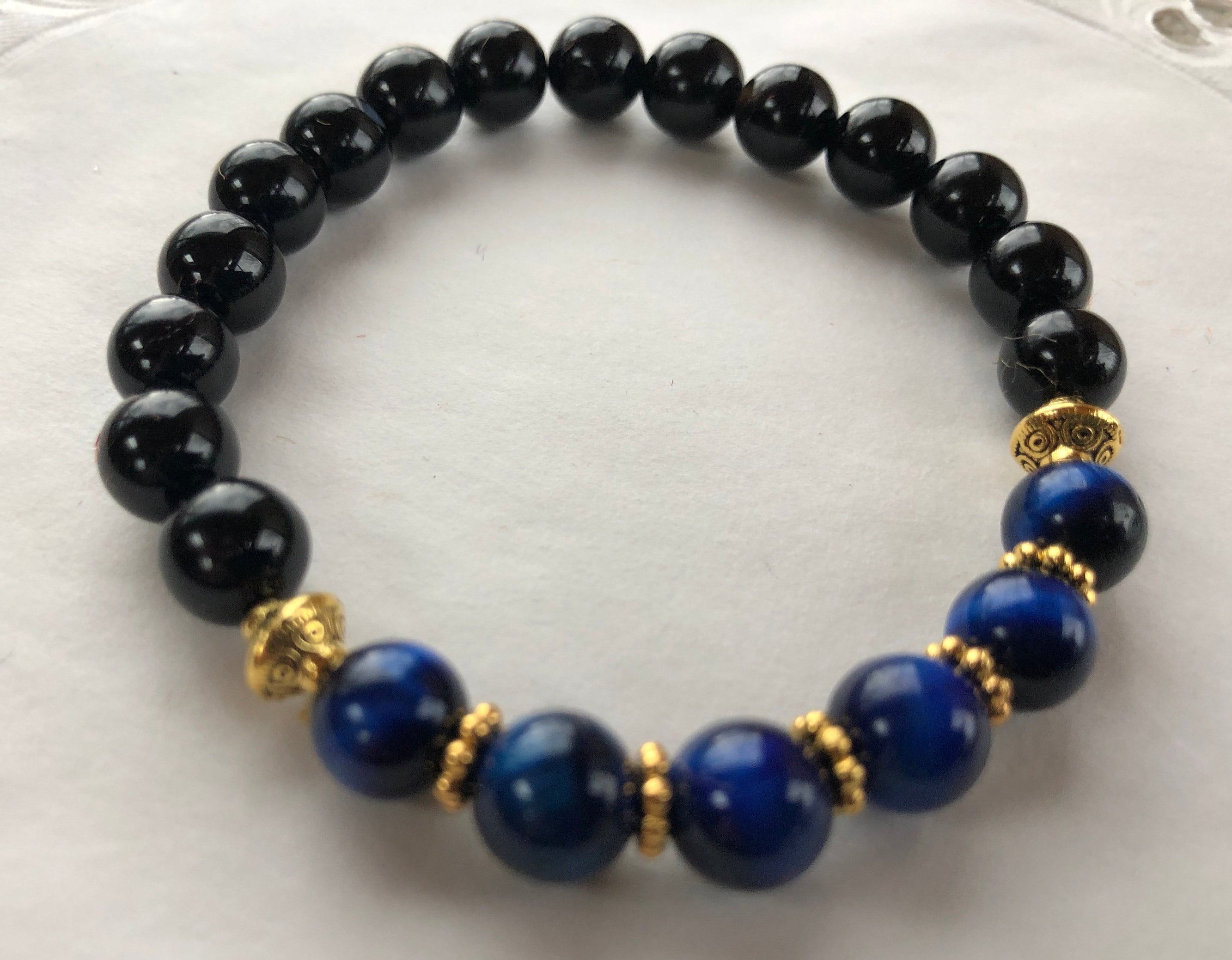 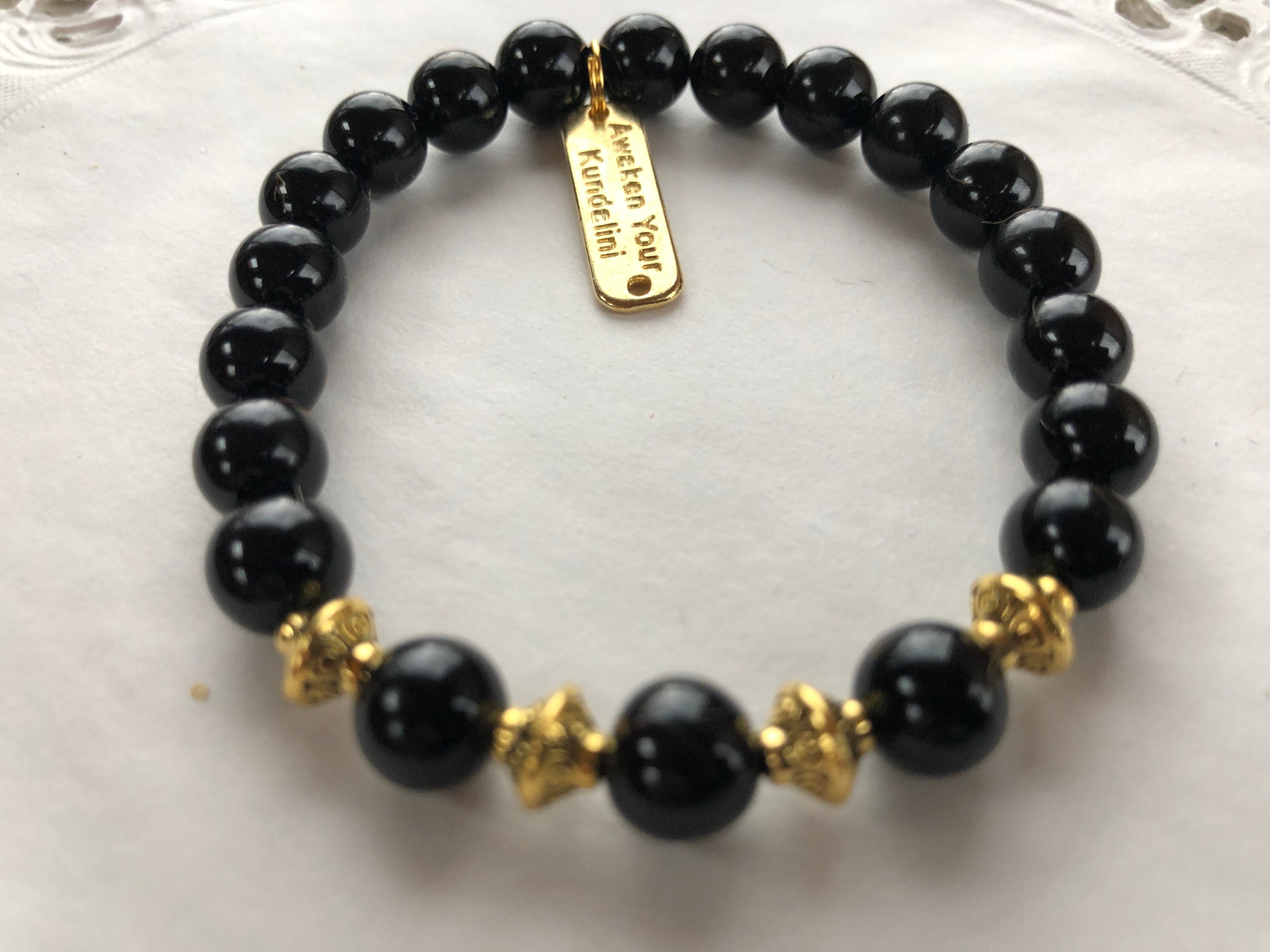 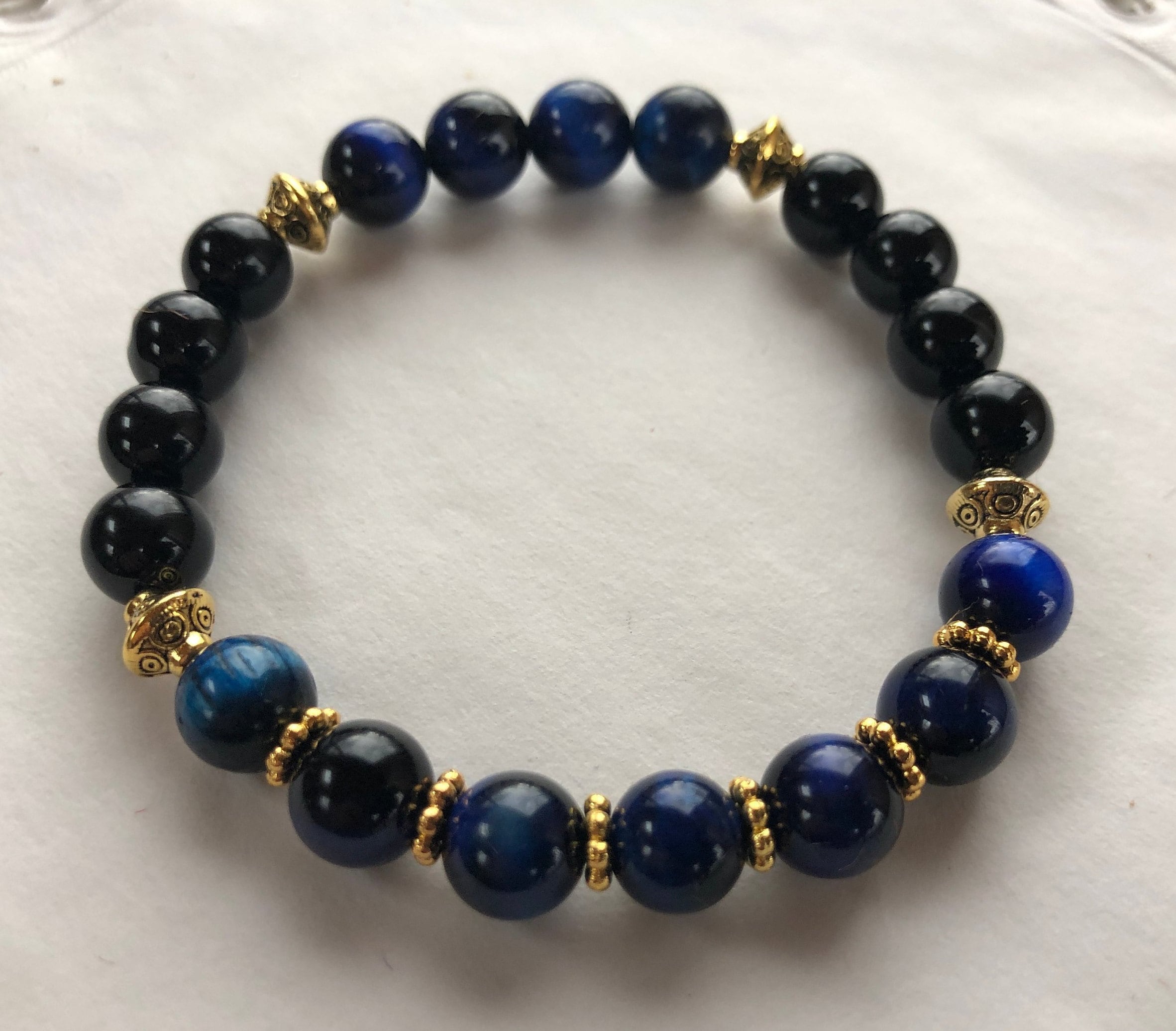 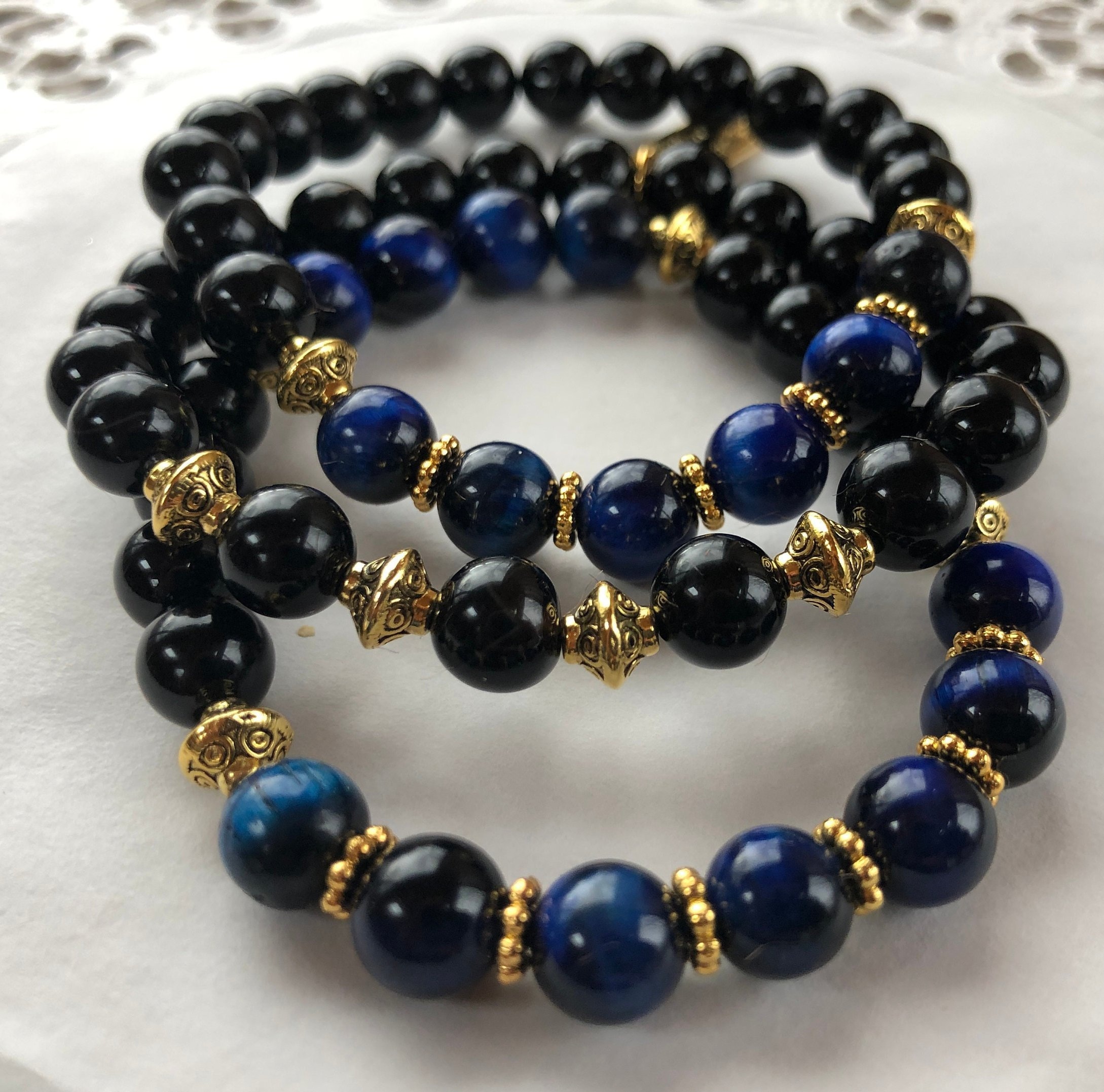 What is Black Onyx?
Onyx is believed to be one of the most powerful protection stones. Onyx is associated with the base (root, first) chakra. Onyx has the ability to soothe fears and worries, to control to overwhelming emotions. Onyx can help a person maintain a positive outlook while awaiting the result of a source of anxiety. Onyx is recommended for improving concentration and devotion, calming sexual tension and ending marital disputes. Onyx helps to remove depression, nightmares and losses in legal matters. Some Onyx are used as a magic stone all over the world. Its power is further increased by magic inscriptions, as found in the graves of American Indians and ancient Greeks and Romans. In much crystal literature black onyx is strongly associated to Saturn, and it is said that this stone works most positively for those with a strong Saturn in their natal charts. Healers also believe that Onyx saves a person from evil eyes and black magic. If used for Japas, Onyx mala can be used for Japas of Shani, Bhairav, Kali, Shiva. Onyx is said to bring spiritual inspiration, courage, concentration, steadfastness, permanence and self control.

This Listing is for a set of three bracelets.