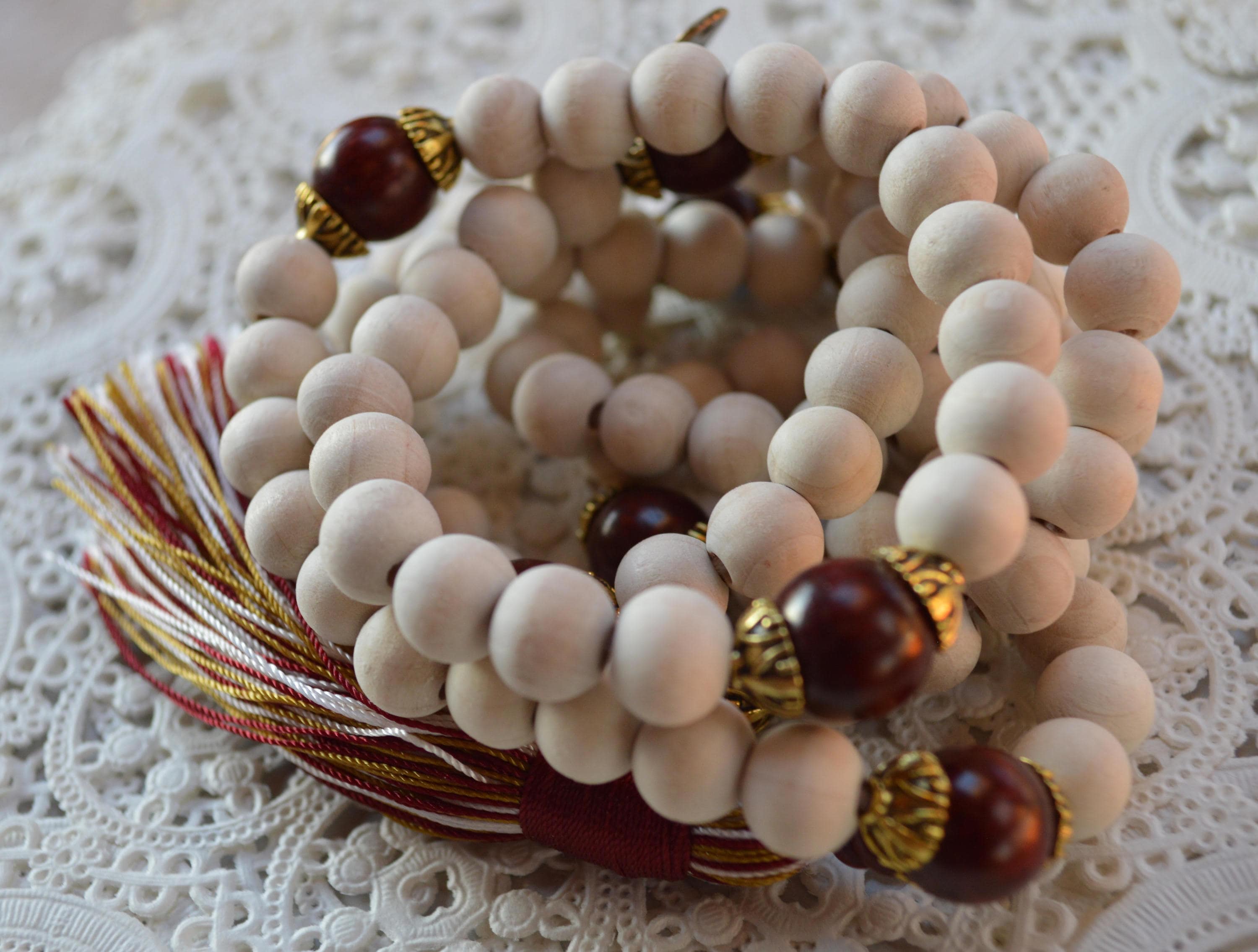 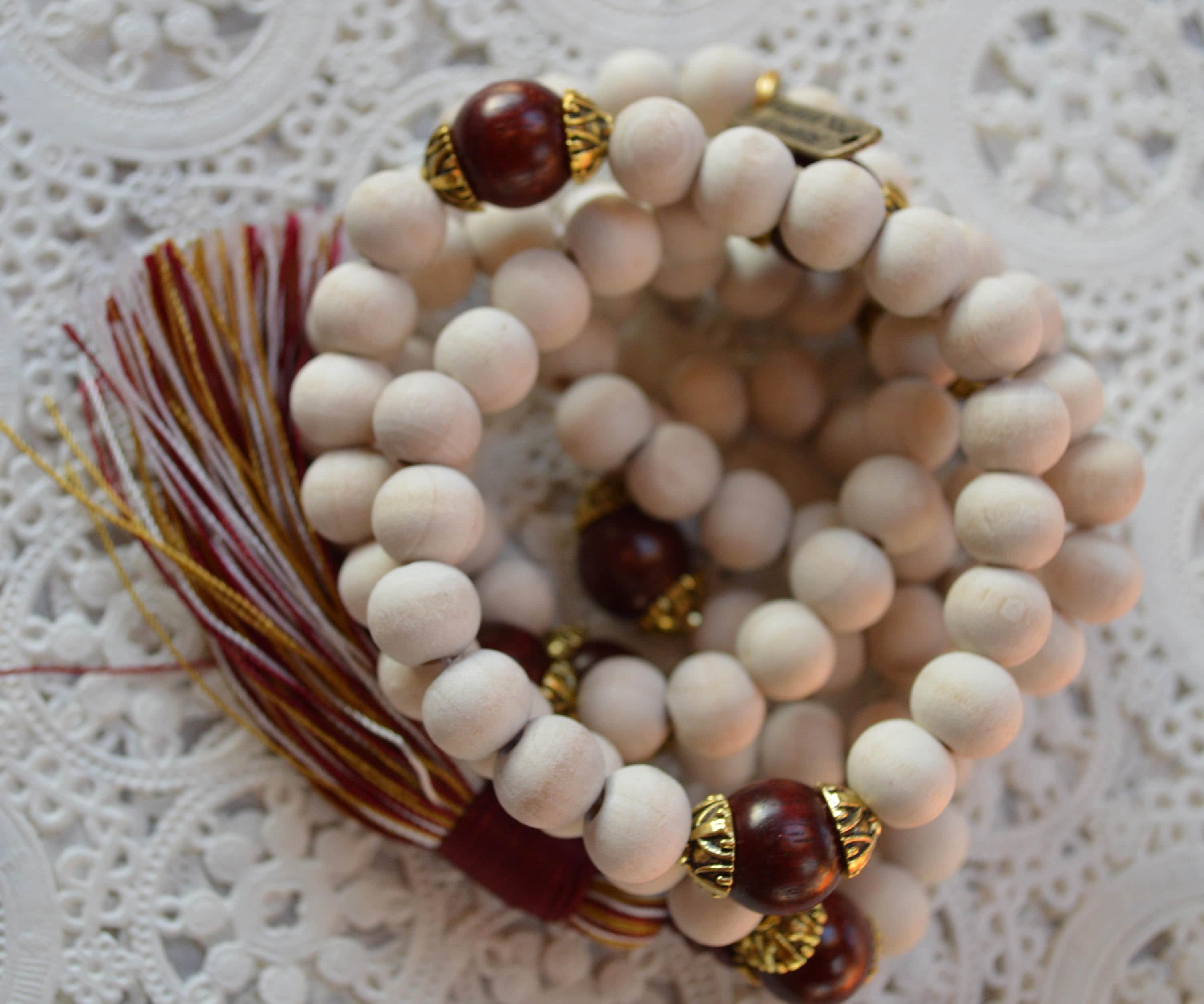 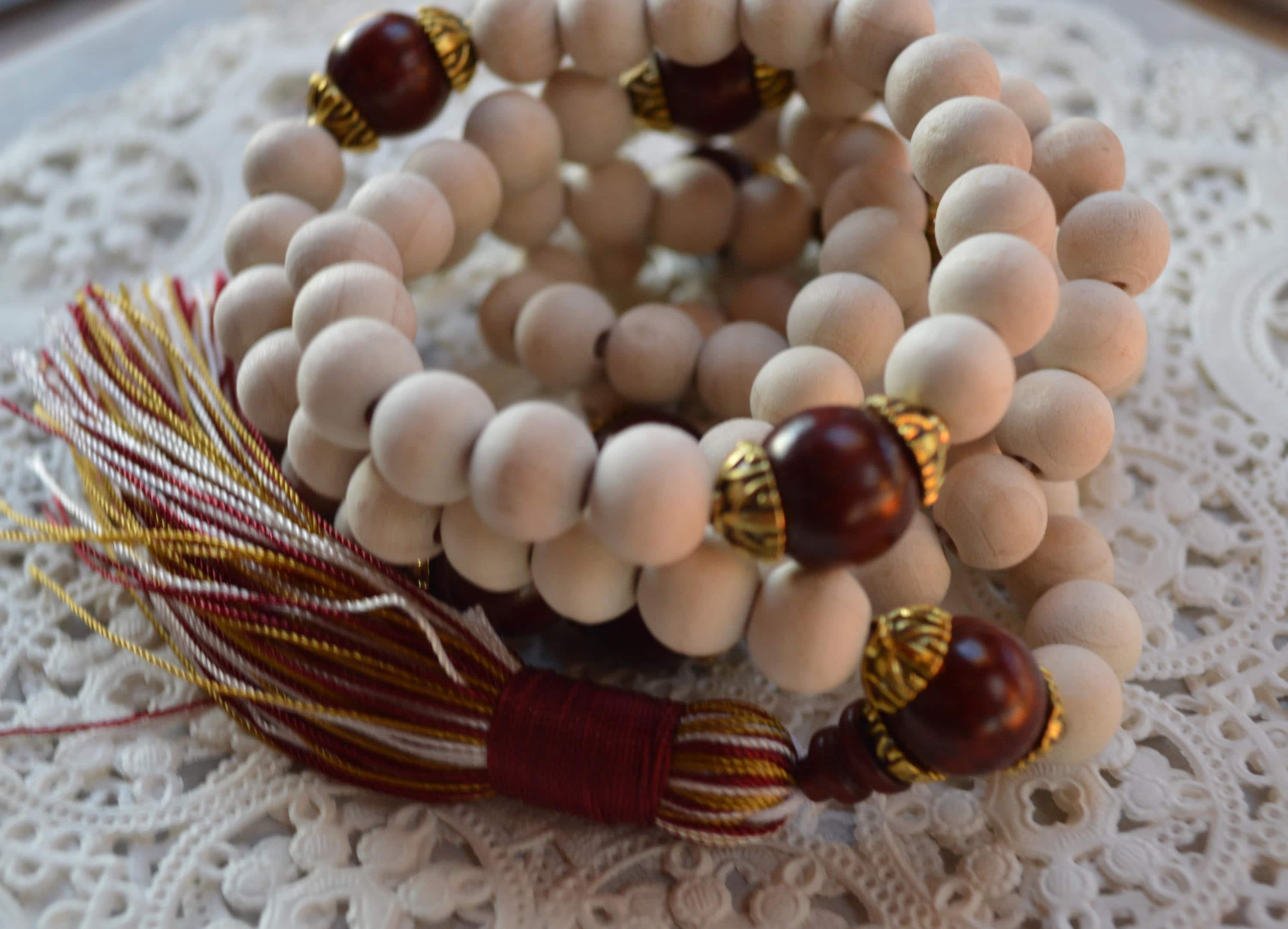 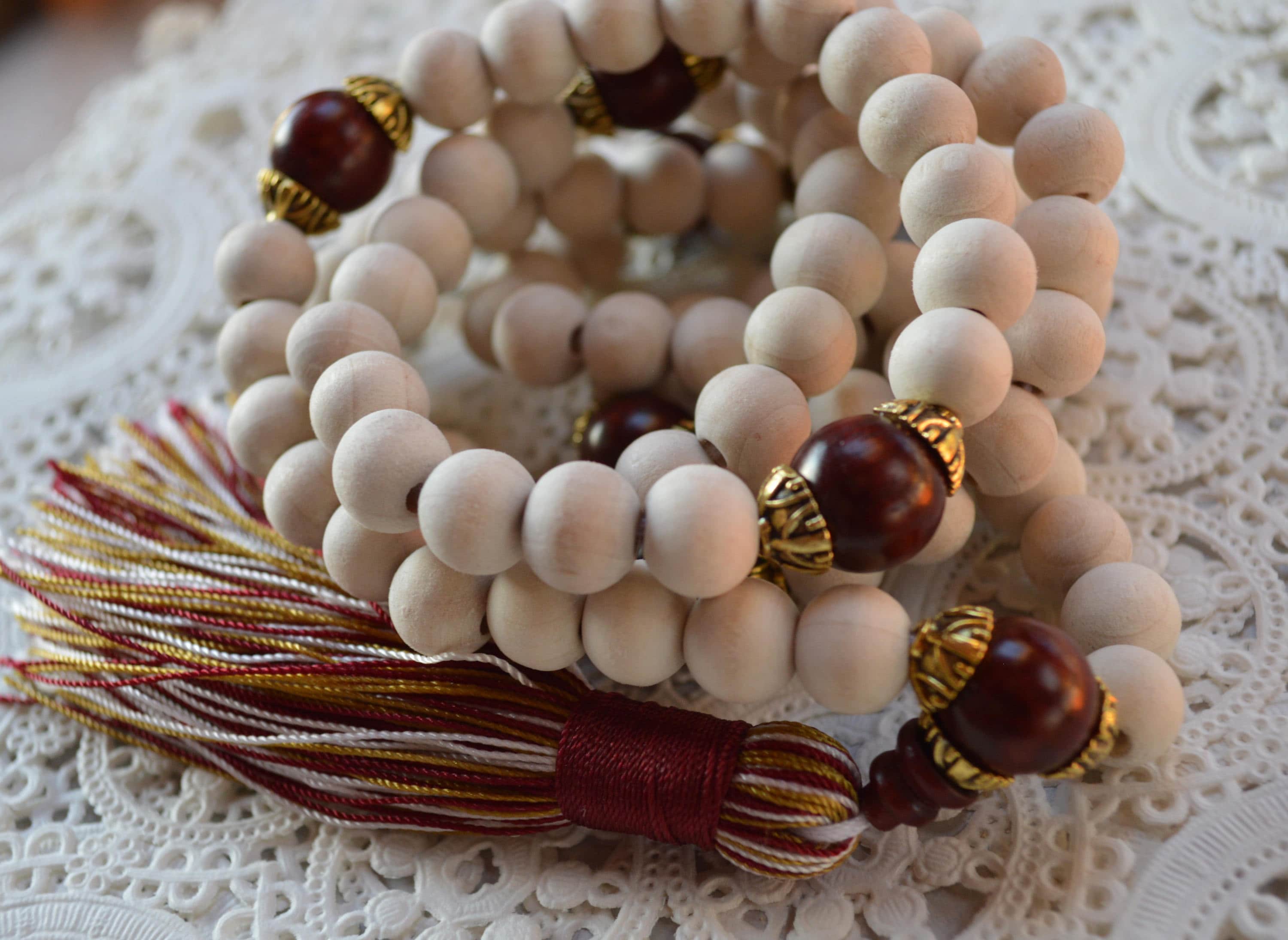 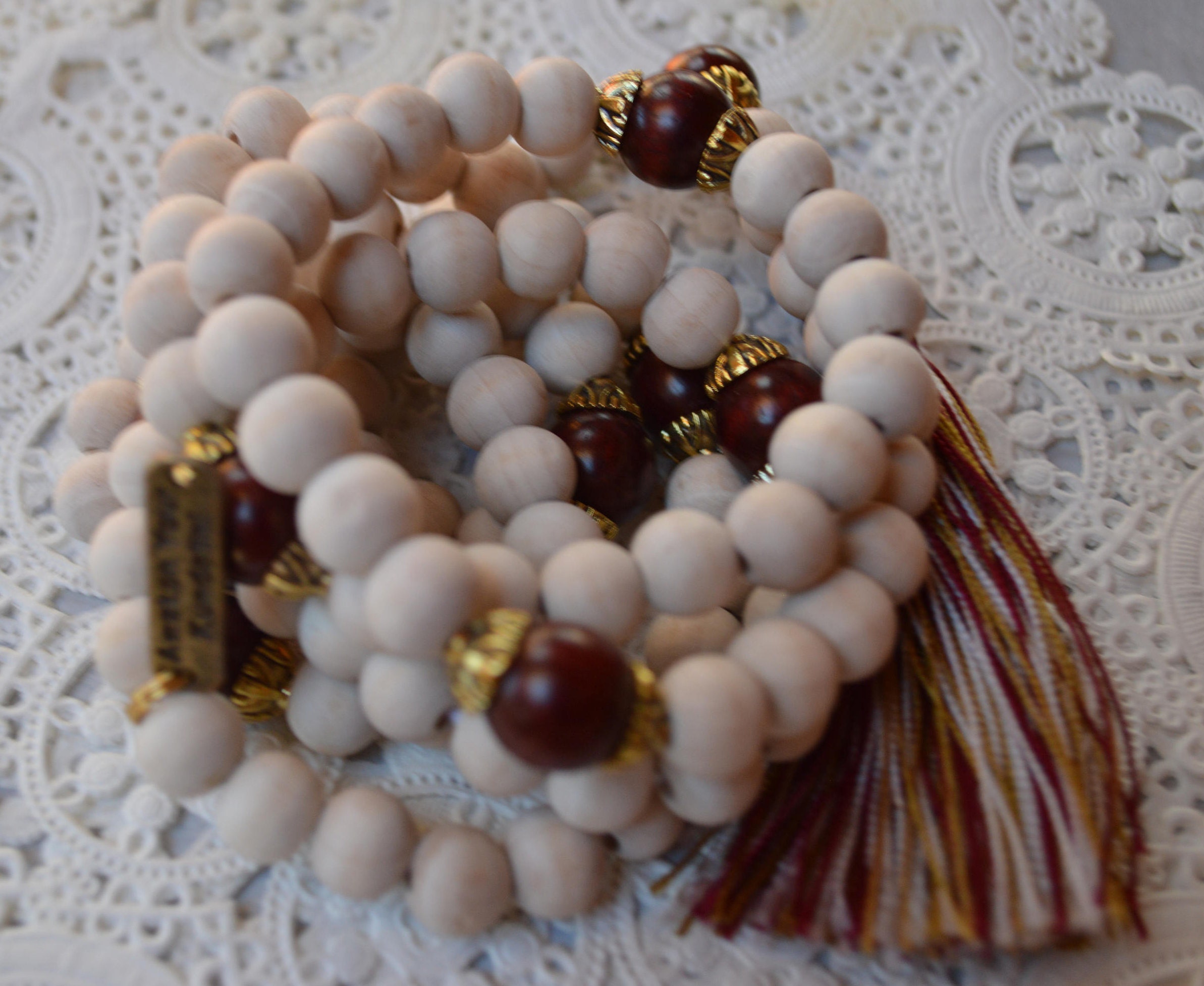 Overall I am well pleased with this Tulsi Mala. The 10 mm beads, which are harder to find, are much more comfortable to handle for me than smaller beads. The Tulsi and rosewood beads are very nice quality, smooth and just as depicted. While the gold color bead caps add a beautiful aesthetic, at first I found them slightly cumbersome to roll over. After using the mala awhile I decided to consider that slight obstacle as a reminder to pass through life's bumps in the road with patience, tolerance and even mindedness. Thank you Awaken Your Kundalini for your loving devotional service. Haribol!