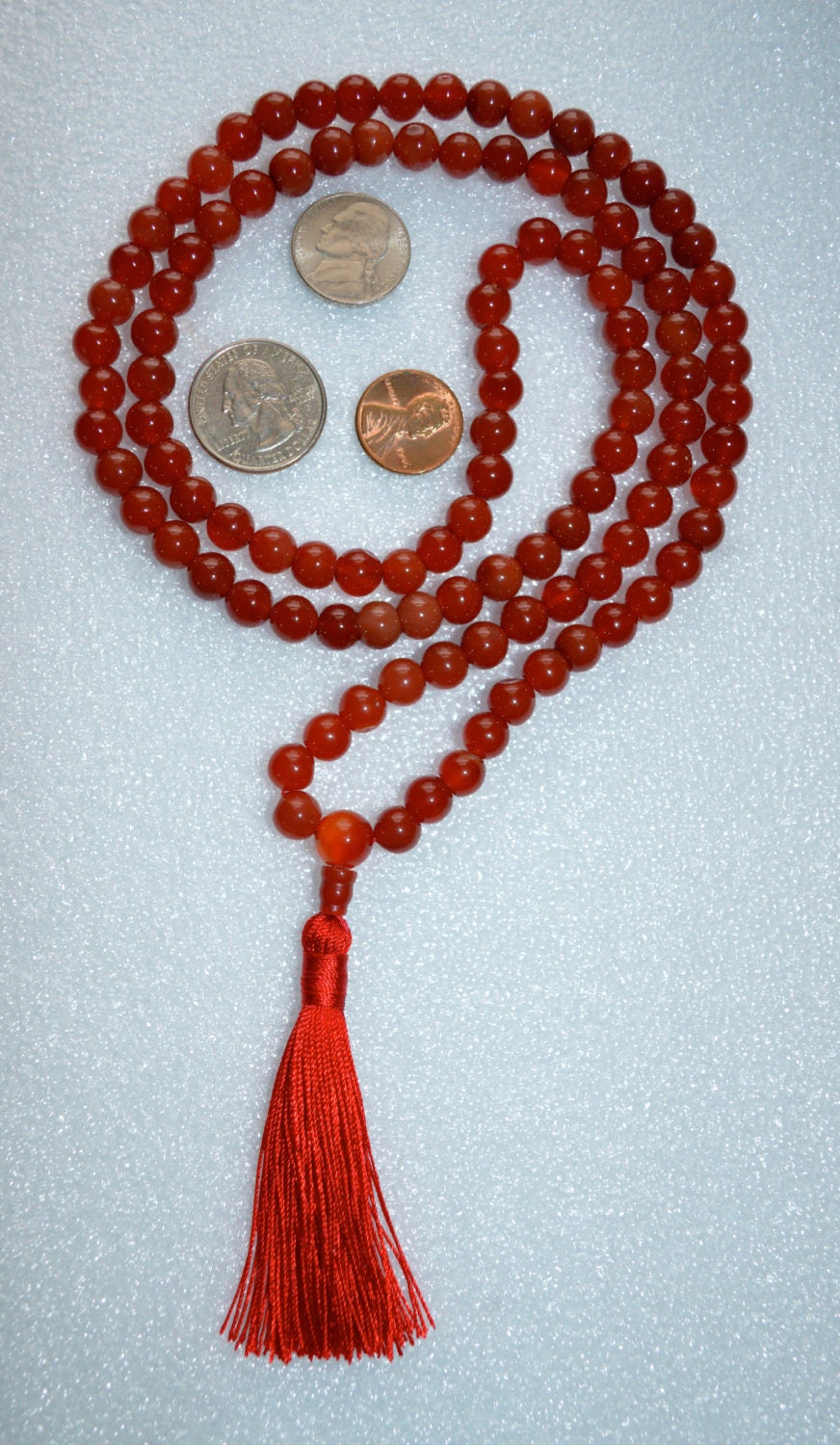 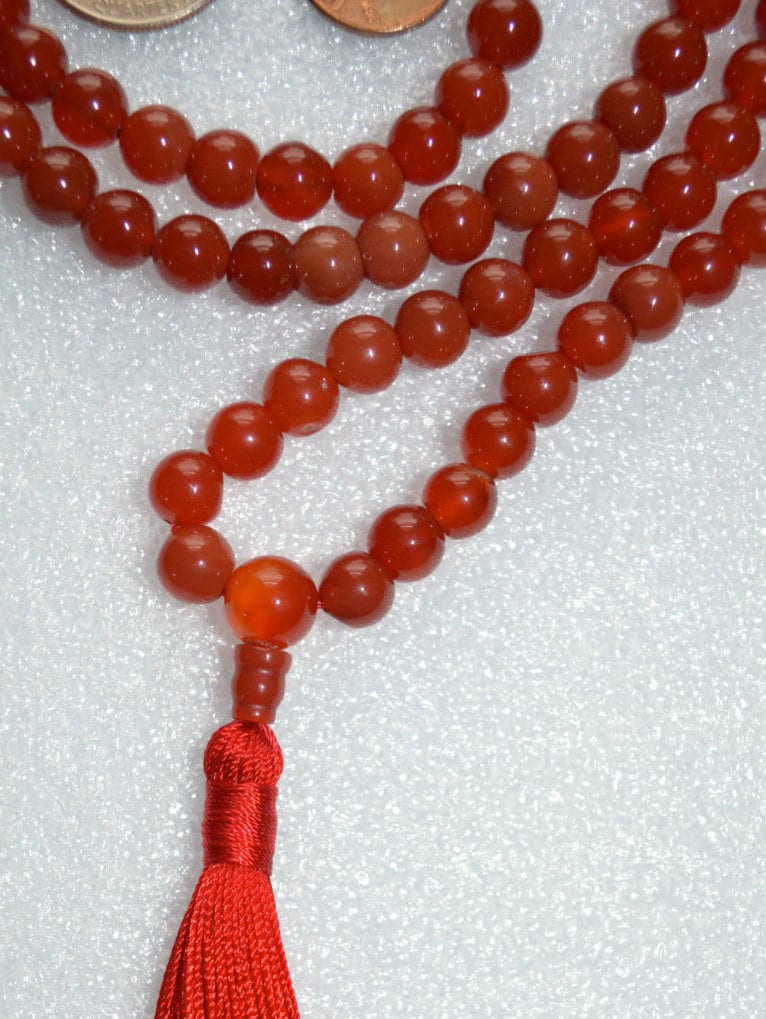 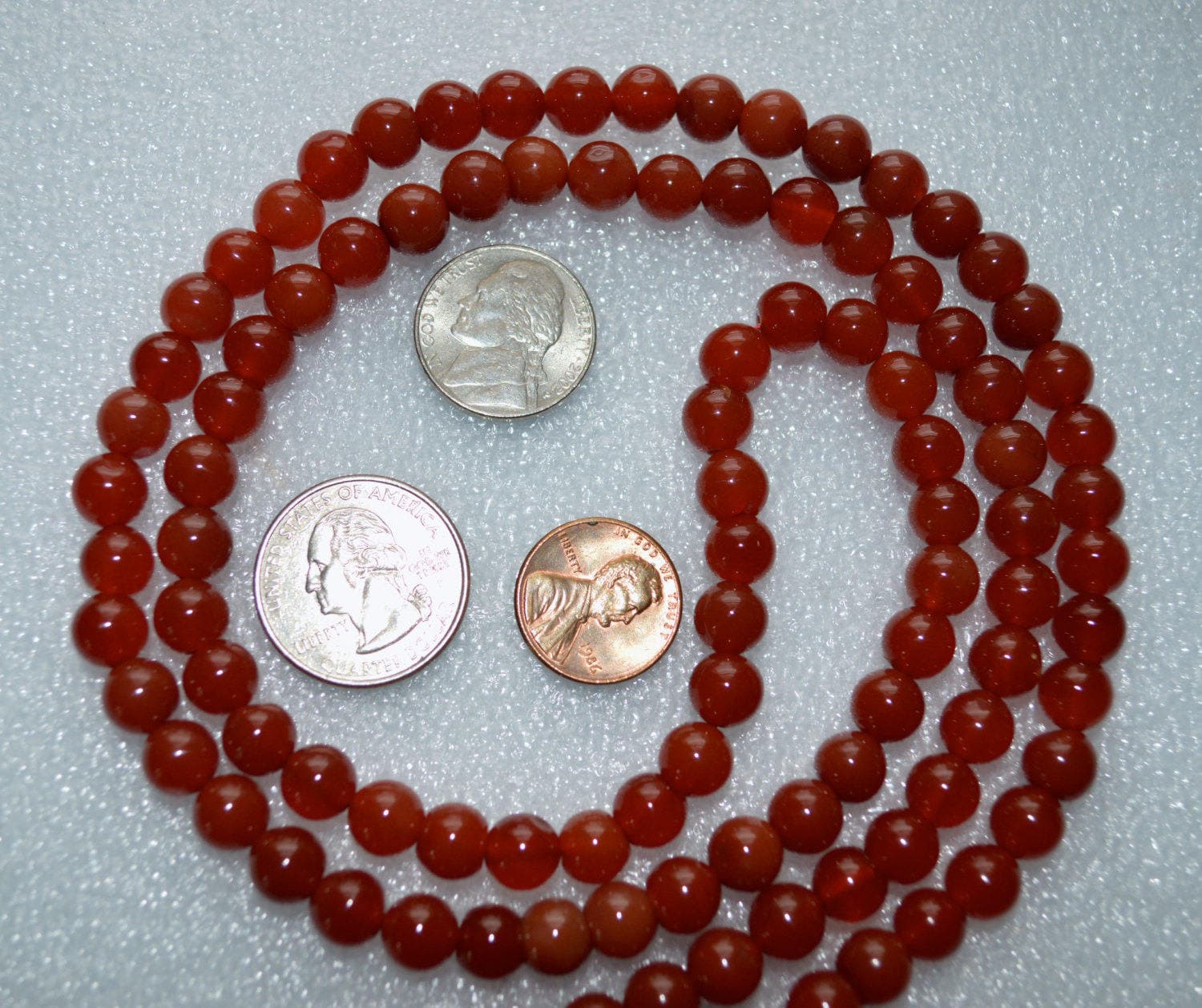 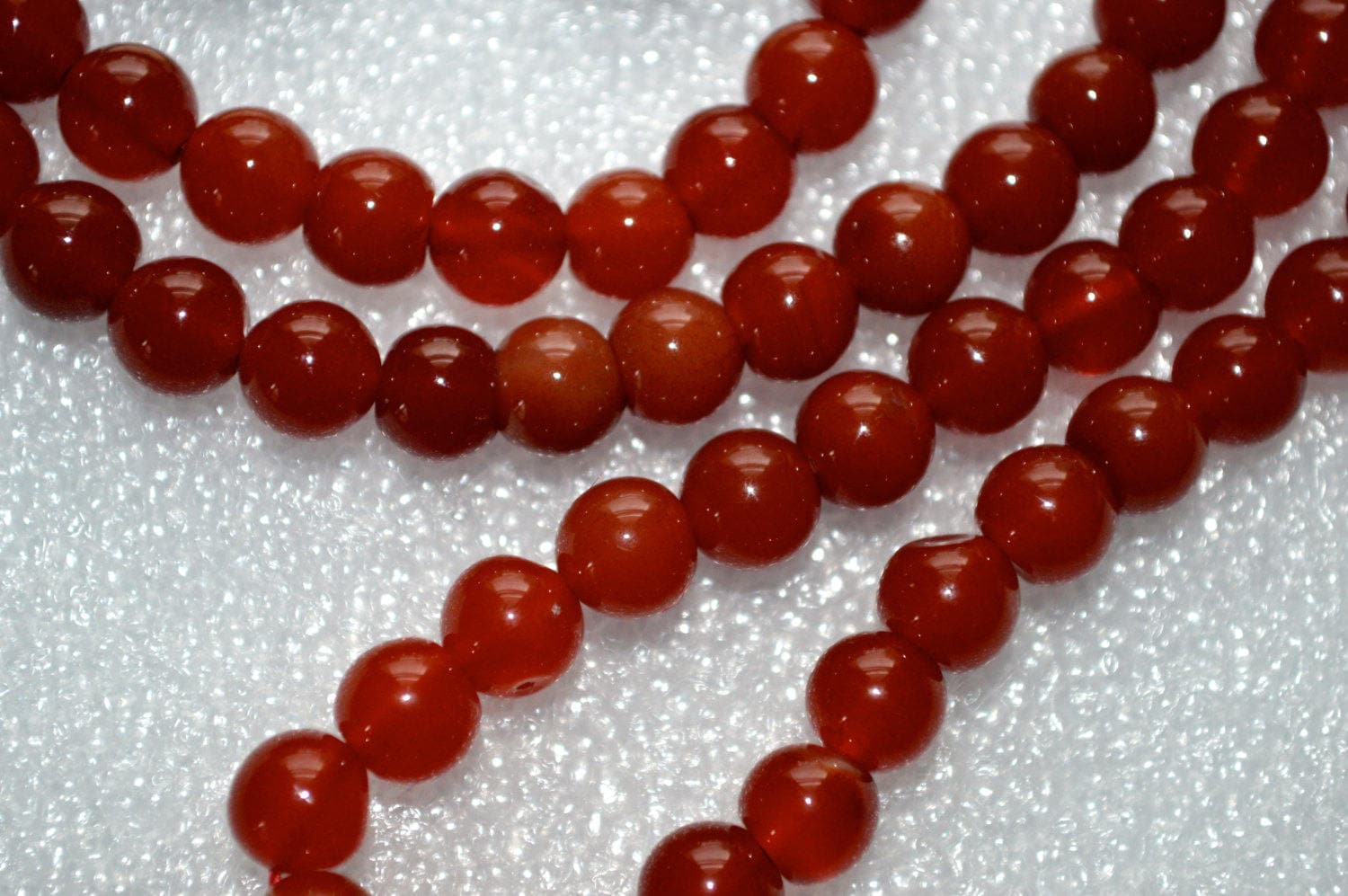 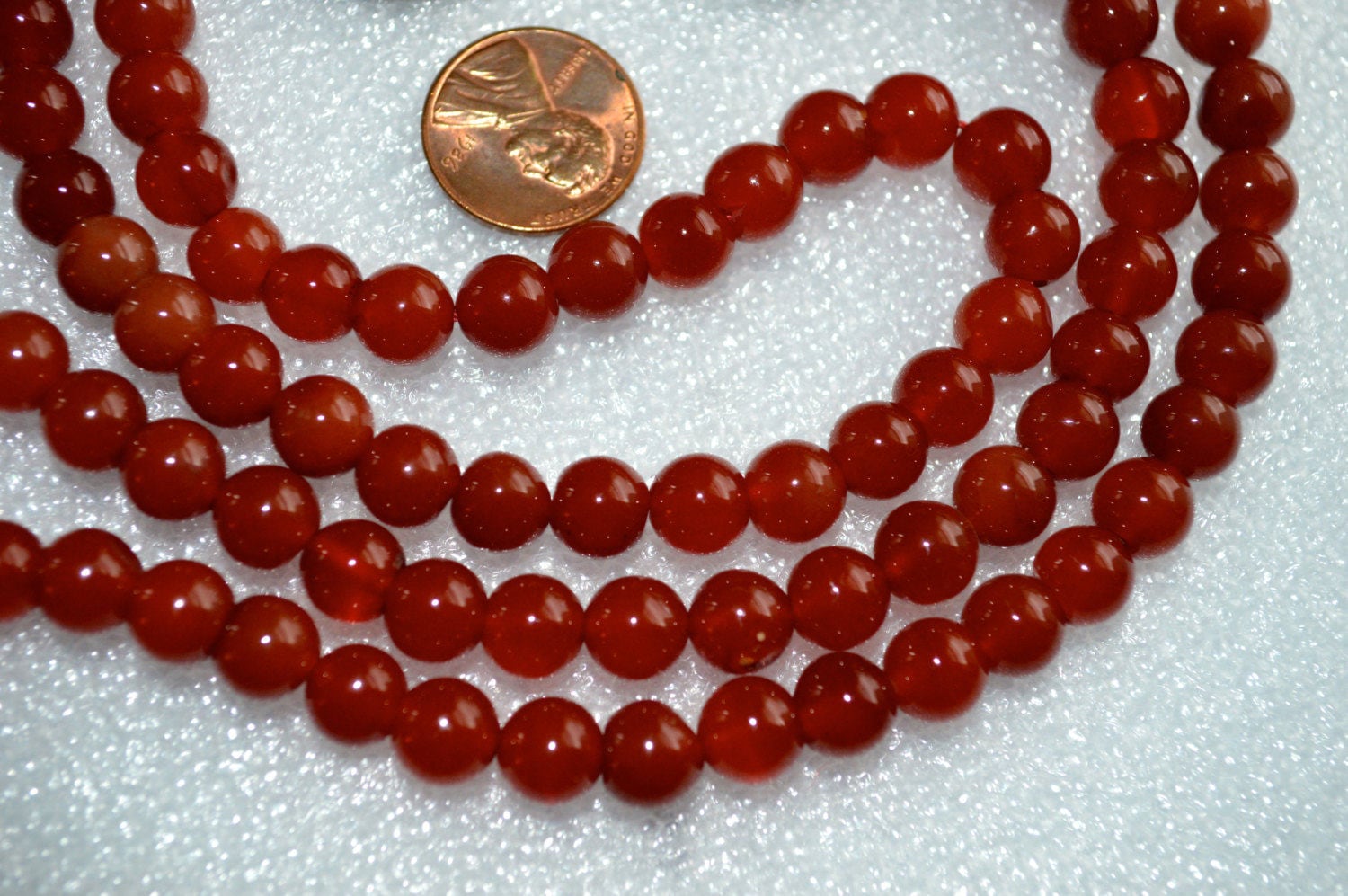 Carnelian is a stone of action, helping one to accomplish goals by activating concentration, focus, self-esteem and personal power. This stone protects us from negative emotions- our own rage, anger, resentments, fears and jealousies, and those of others. Carnelian stimulates creativity, concentration, and memory. Increases physical energy, including sexual. An excellent stone for the base and sacral chakras. This full japa mala is made with 108 red carnelian gemstones and 3 copper marker beads.. Please note, this mala is made with carnelian that has been treated with dye. Each bead is strung and knotted onto black cotton, with a marker bead at each count of 27. Marker beads are helpful place markers when chanting smaller sections of mantras, and gently bring your focus back if it happens to wander during your practice. I've finished this mala with a copper guru bead and a black cotton tassel. Ayurvedically, this is a kapha pacifying stone. Due to the nature of natural gemstones, each mala may vary slightly. This makes for a truly one of a kind piece, guaranteed to be as delightful as the mala pictured in this listing. T