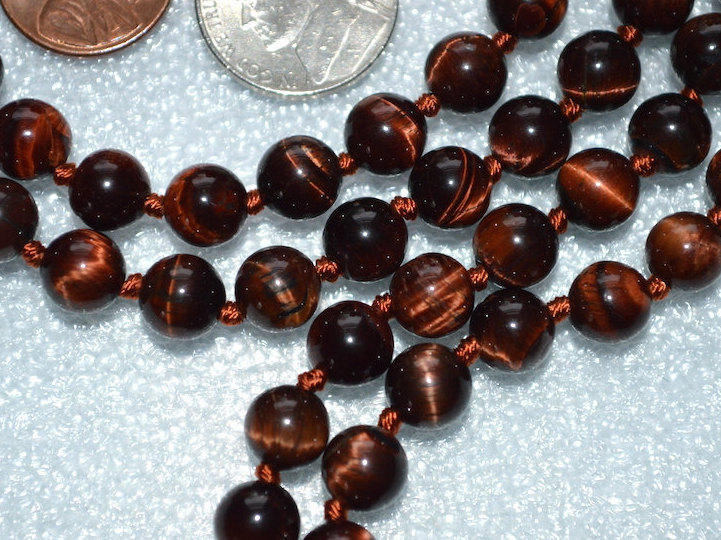 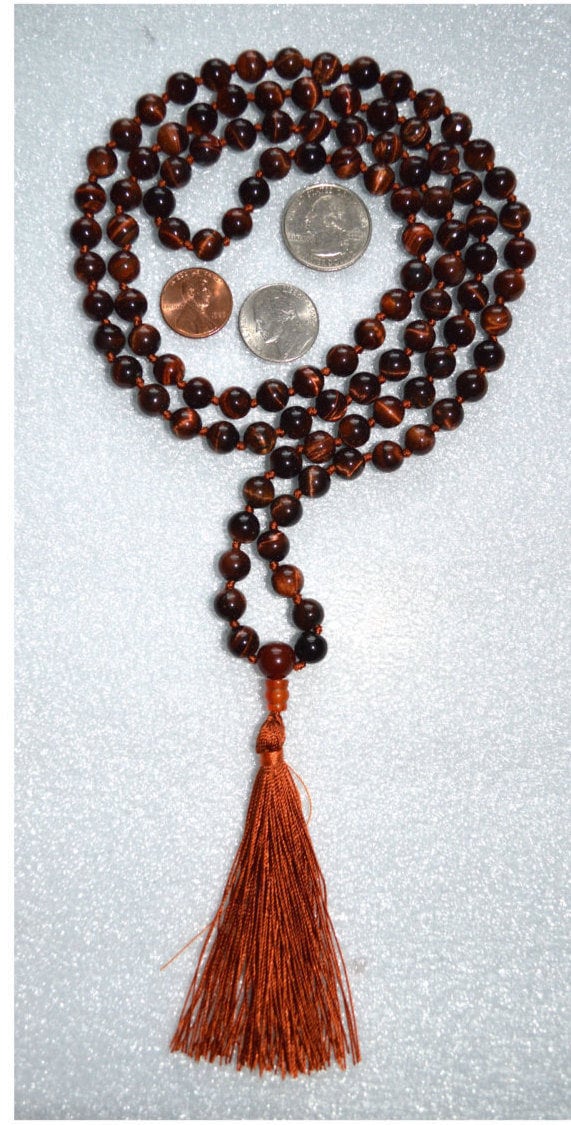 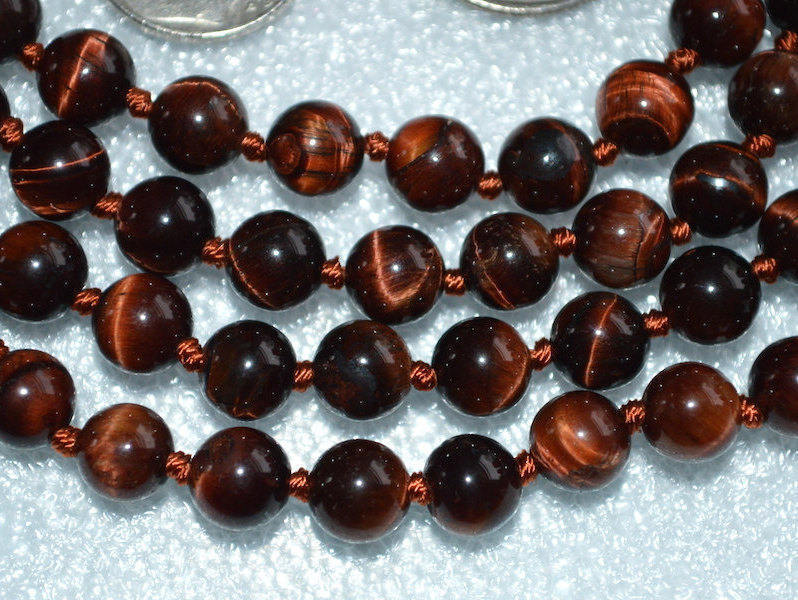 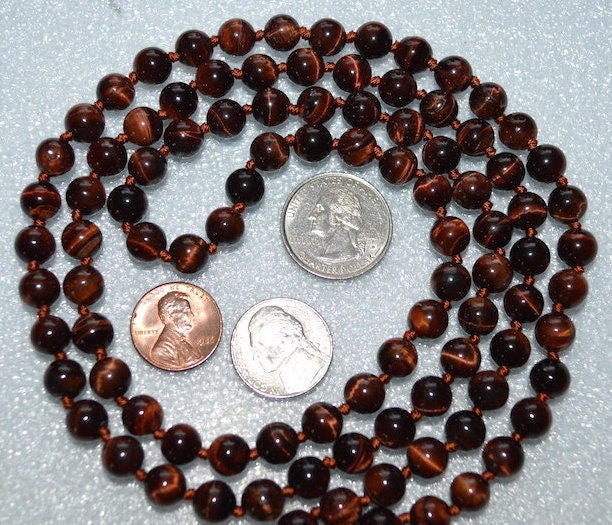 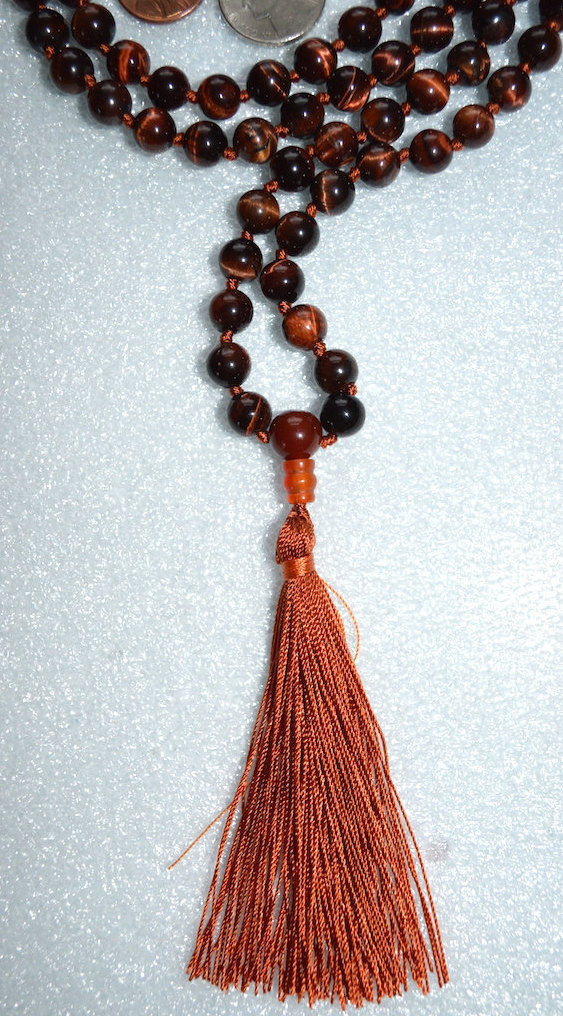 
TIGER'S EYE LETS YOU SEE EVERYTHING. USE THE CAT'S EYE FOR INSIGHT AND YOU CAN BE A VERY LUCKY PERSON. WHEN USED IN JEWELRY THE CAT'S EYE MAY BRING GOOD LUCK AND PROTECTION.

Great piece for my collection!

I really love these mala beads! They are a beautiful color and feel very powerful. However, mine only contain 27/28 beads, not the 108 as described.

This shop makes gorgeous malas. I have one and gave this one as a gift to a dear friend, and she's very happy!