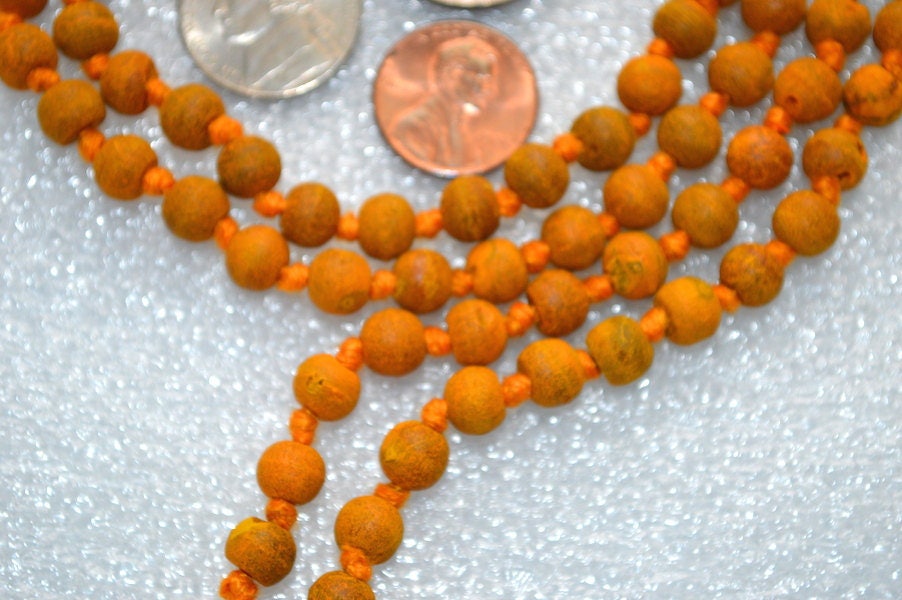 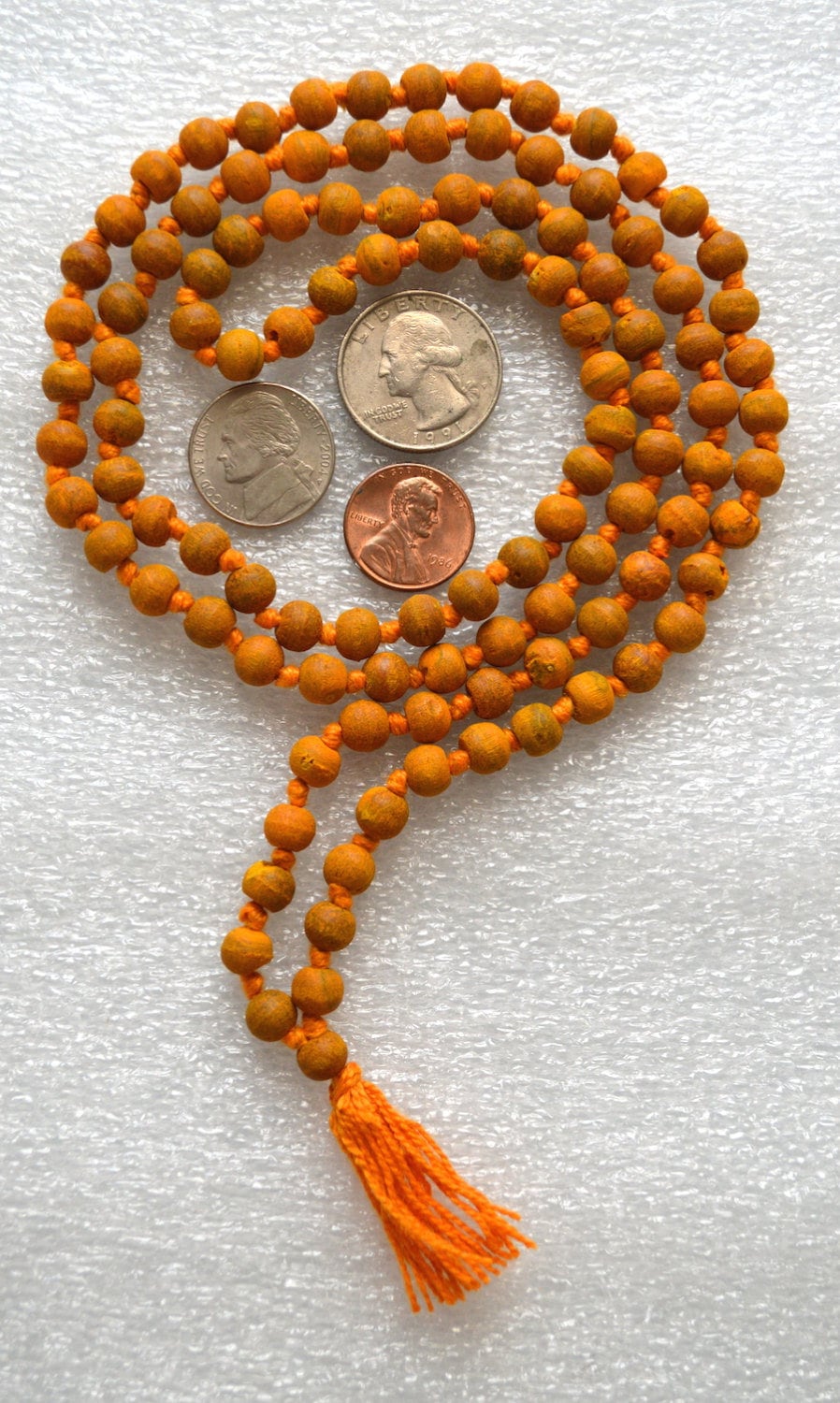 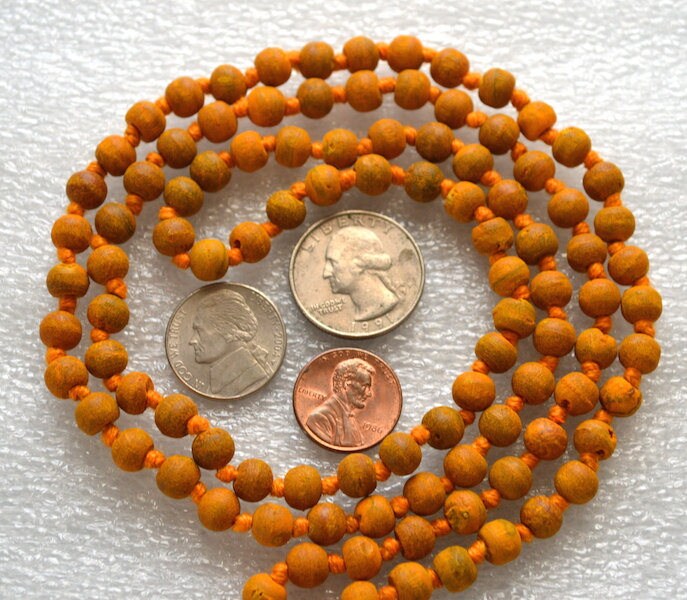 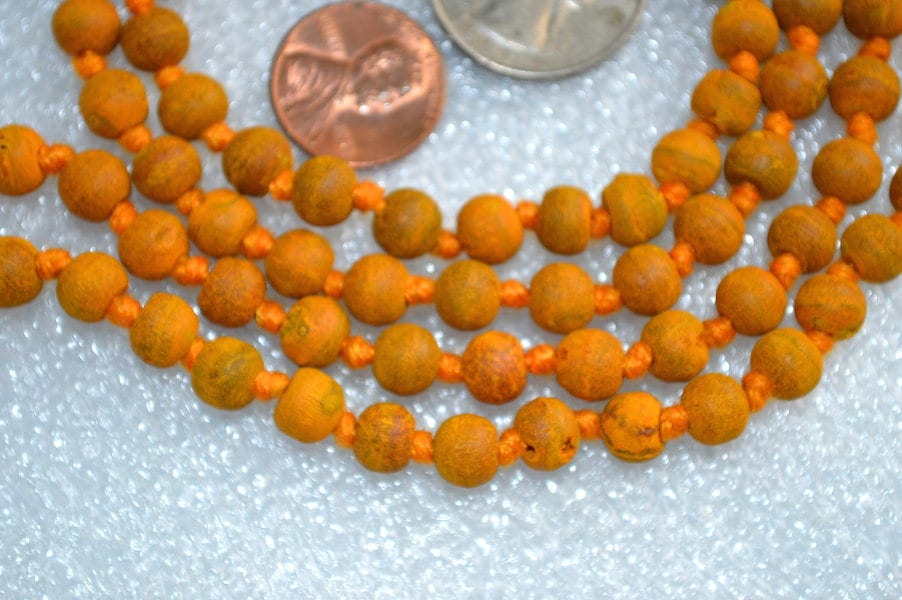 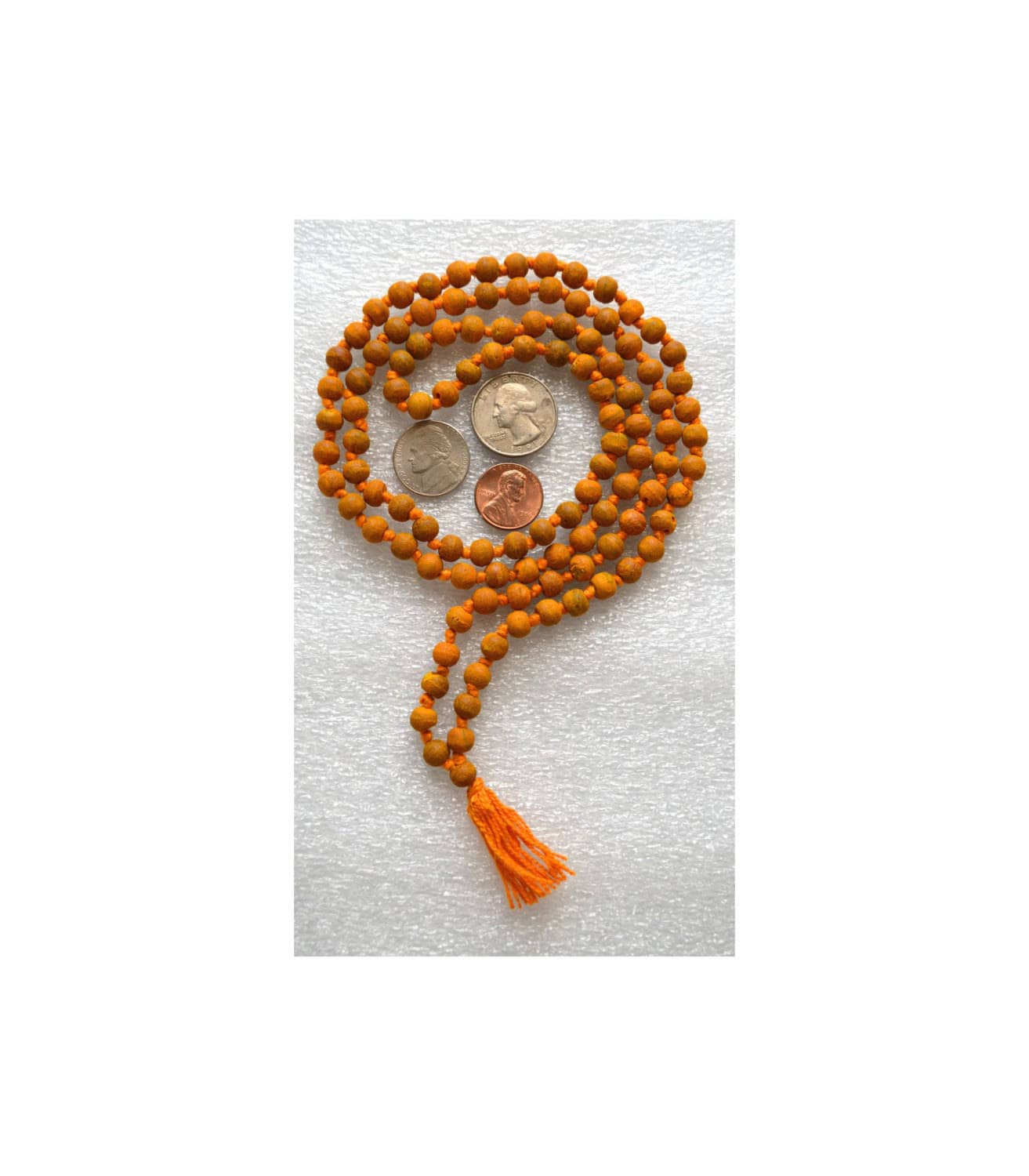 WHAT IS TURMERIC (HALDI) JAPA MALA?

Turmeric Rosary or Haldi Mala is used to perform Anusthan (special prayers) and destroy enemies and succeed in law suits. It made of bulbs of Turmeric which is considered one of the most purifying herbs. It is used for recitation of Mantras during those worshipping ceremonies which are performed to bring success when you are in trouble because of some enemy. This Mala is specially used for chanting Mantras of Bagalamukhi and Jupiter. Haldi Mala can be used to attain victory over your enemies, the resolution of a litigation, and success in quarrels and competitions. Turmeric is considered one of the most purifying herbs in Ayurveda and is associated with fertility. One who wears this mala attains peace of mind and gets rid of anxiety, depression and tensions. The person also acquires a good amount of spiritual powers. TURMERIC MALA USUALLY HAVE SOME CRACKS IN SOME BEADS BECAUSE OF IT'S FRAGILE NATURE BUT THAT DOES NOT HAVE ANY NEGATIVE IMPACT.

So grateful for this wonderful mala!