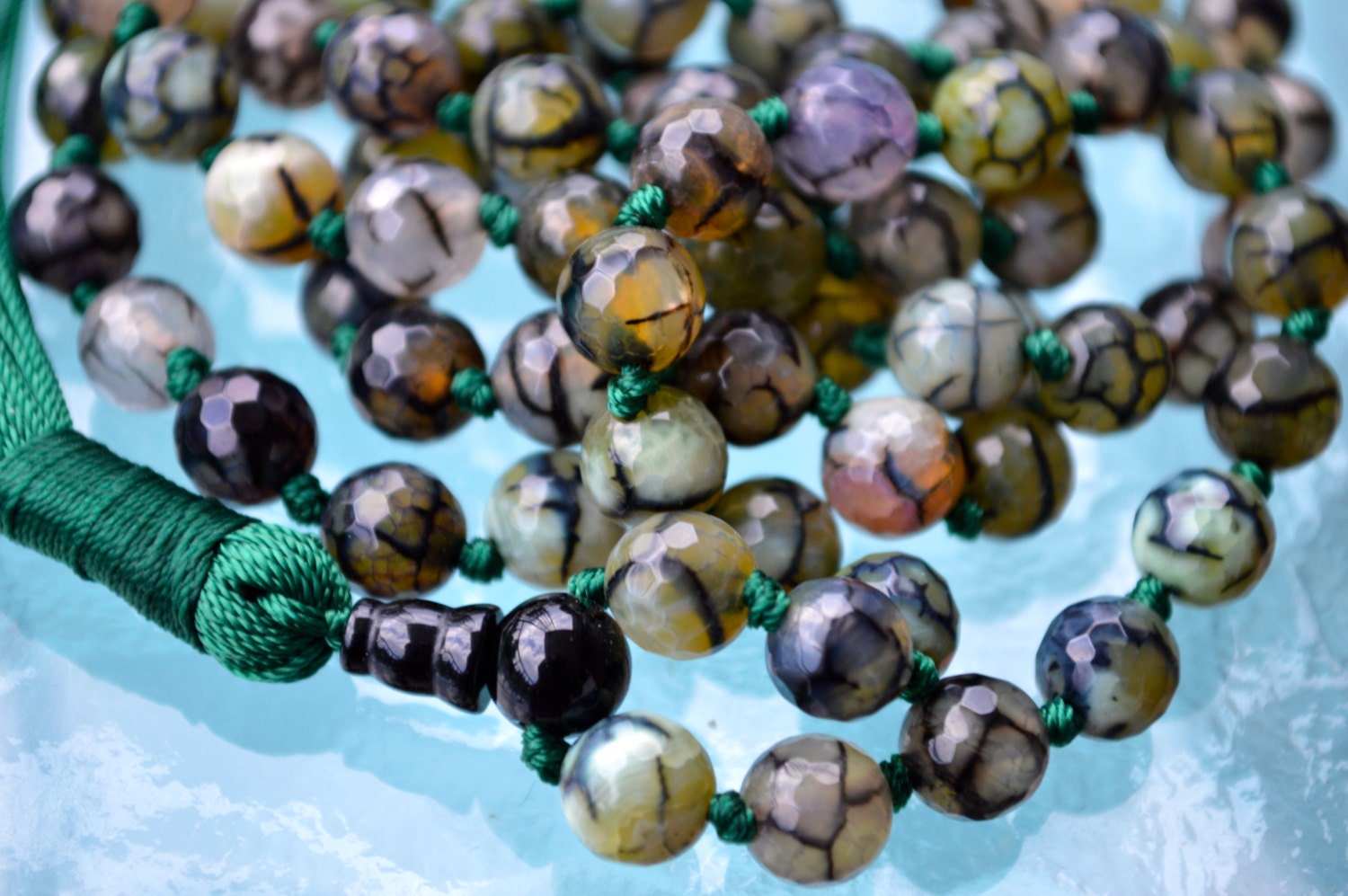 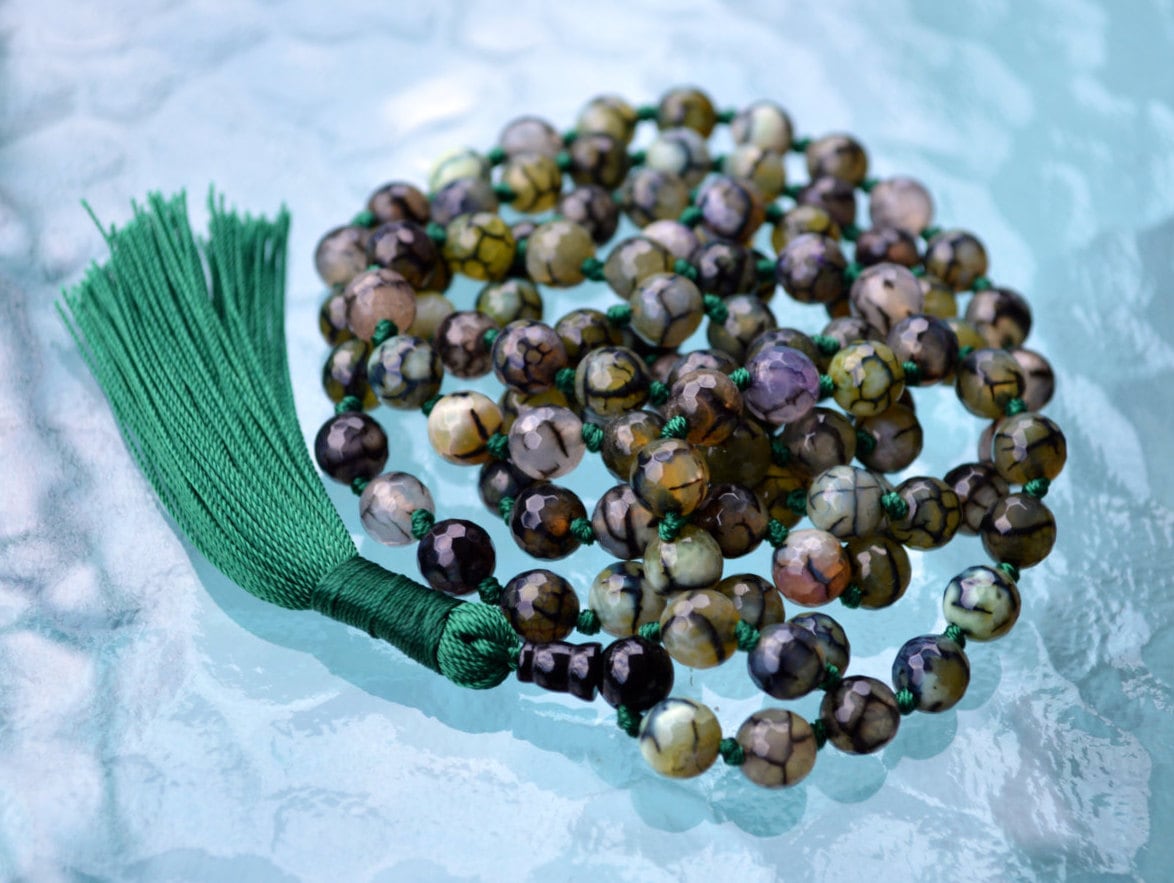 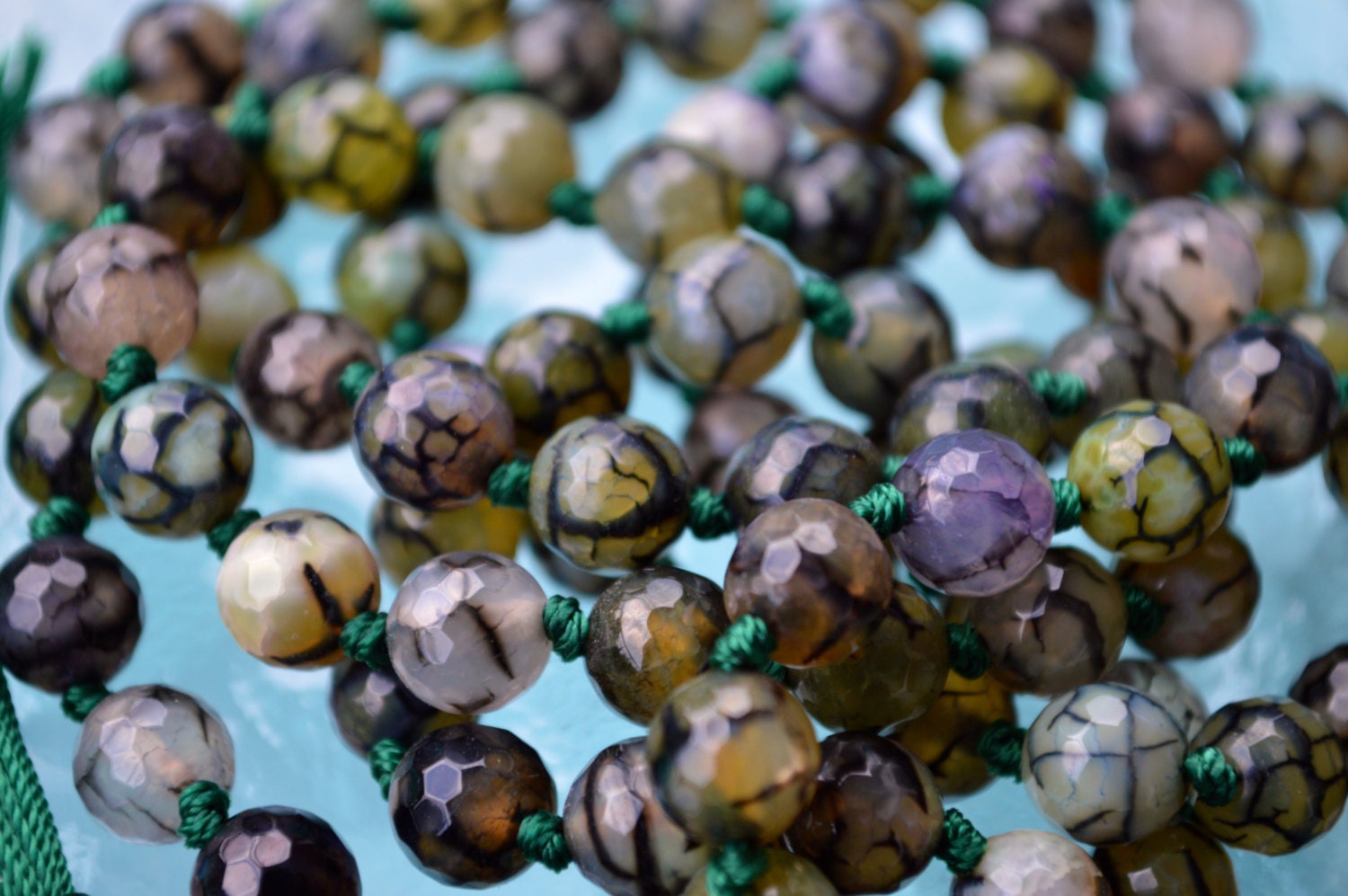 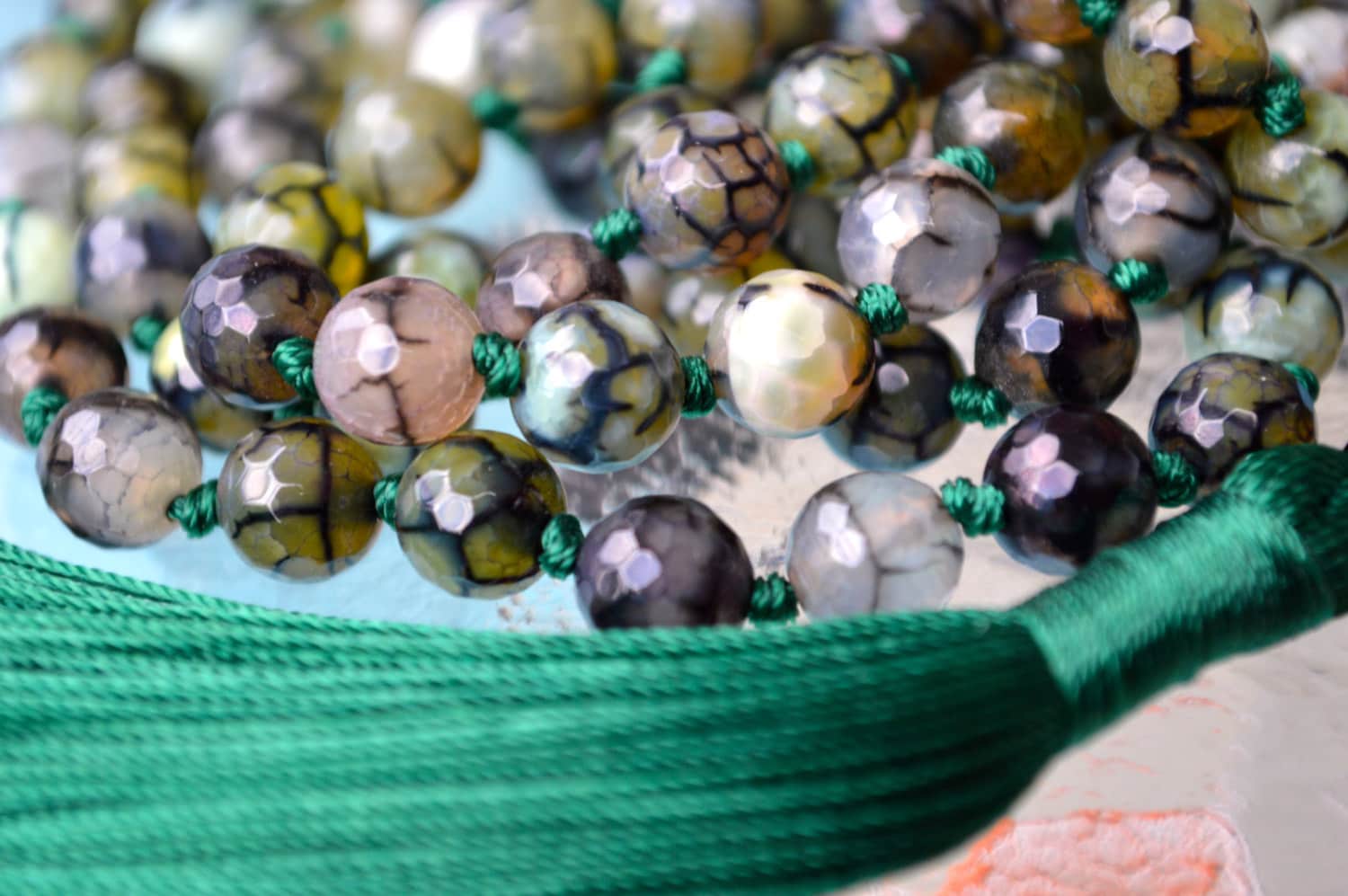 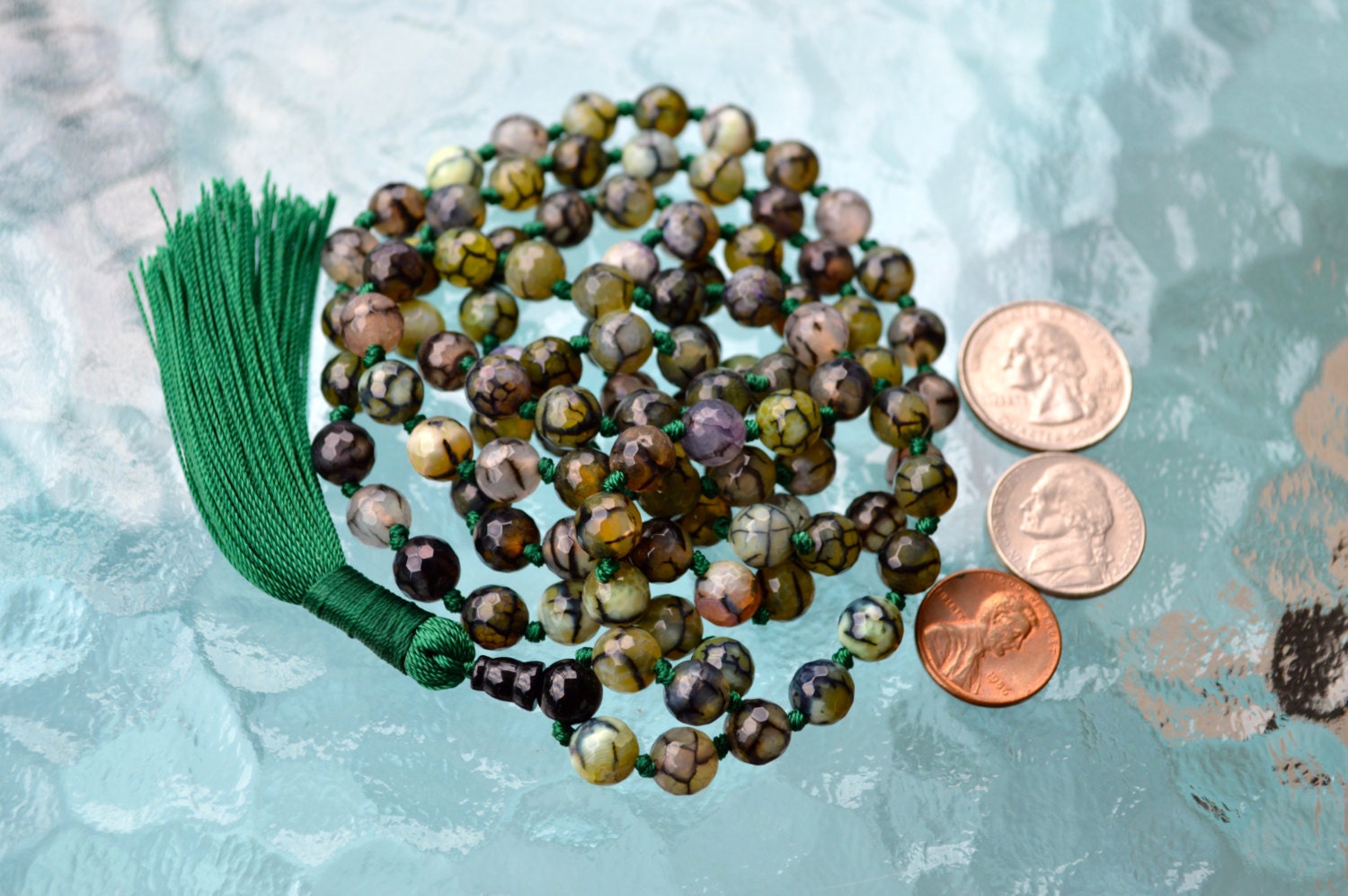 The title description has a character limit so please read more about agate, the significance of mantra, and 108 mala-bead necklaces below!

This mala has been blessed and energized with proper mantras, puja, and spiritually activated by Swami ji to infuse potency and power.

What is Dragons Vein Agate?
Dragons Vein Agate can heighten creative visualization. Promotes energy & strength, & will help one discover the truth in a matter & to aid in accepting one’s fate. Said to eliminate auric negativity, to stimulate creativity, courage, harmony, & balance the emotional & physical bodies & the yin/yang energies & stimulate the Crown Chakra. It is also said to help one connect to the Spirit Worlds.

WHAT IS AGATE (Onyx)?

My 2nd purchase, and I love it! Beautiful!