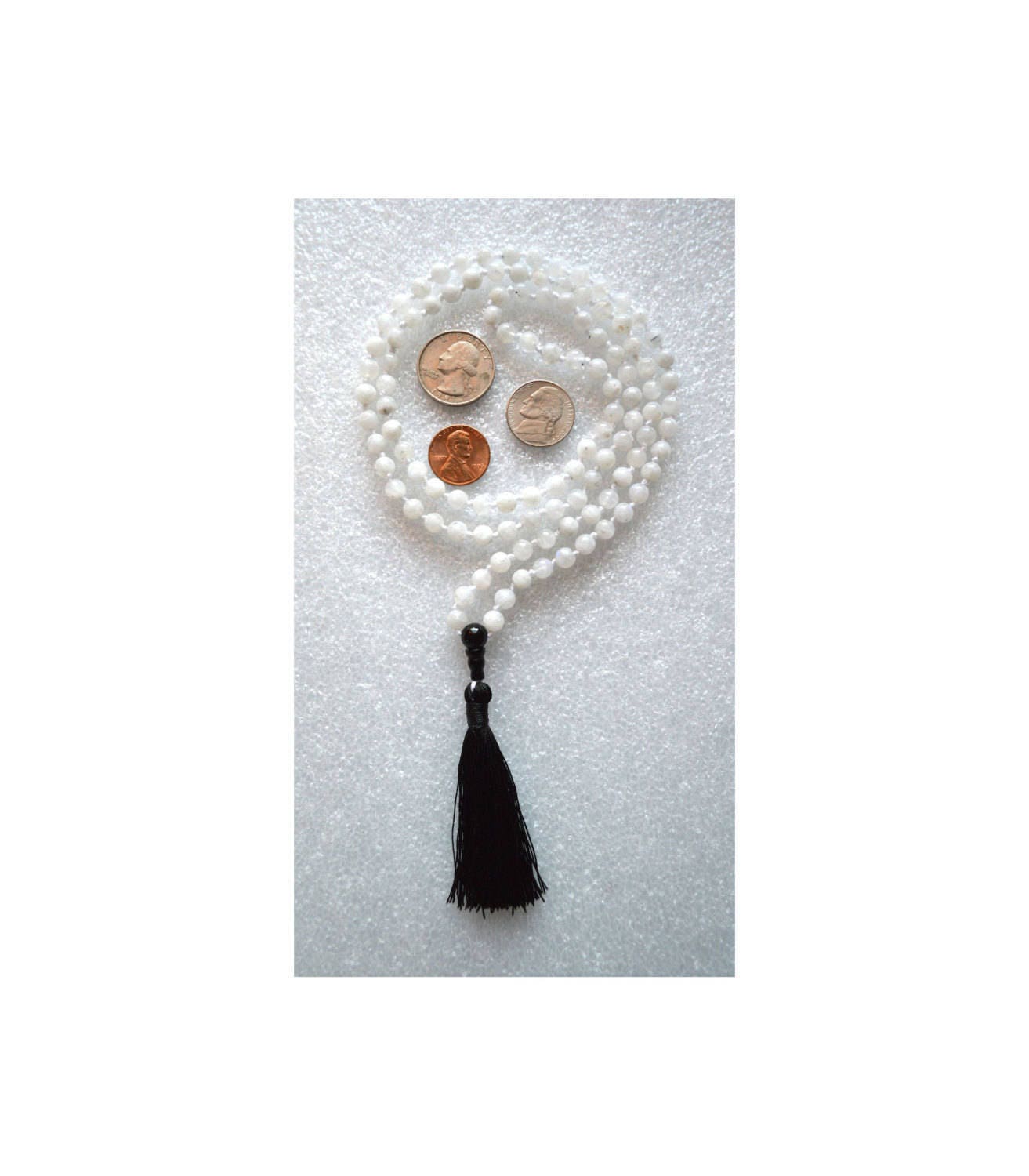 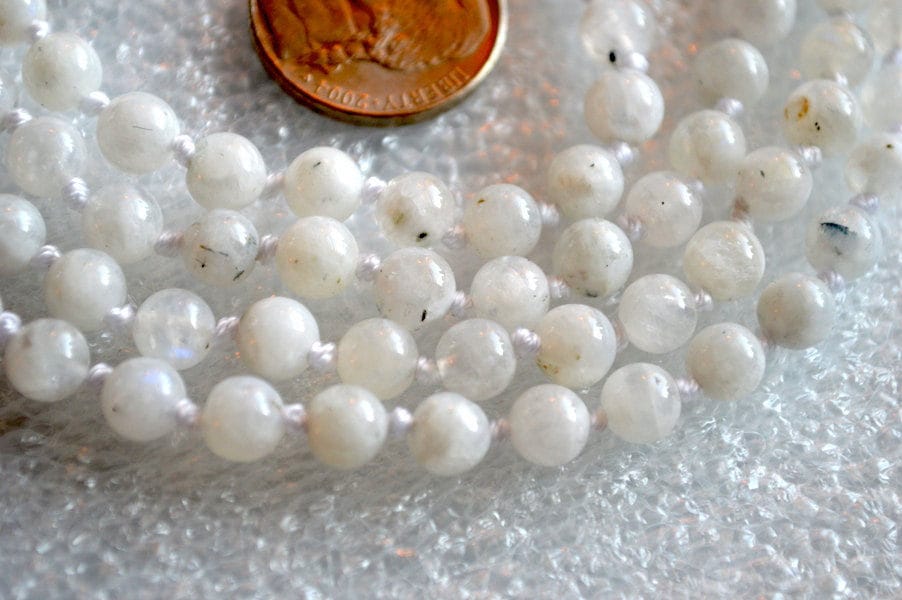 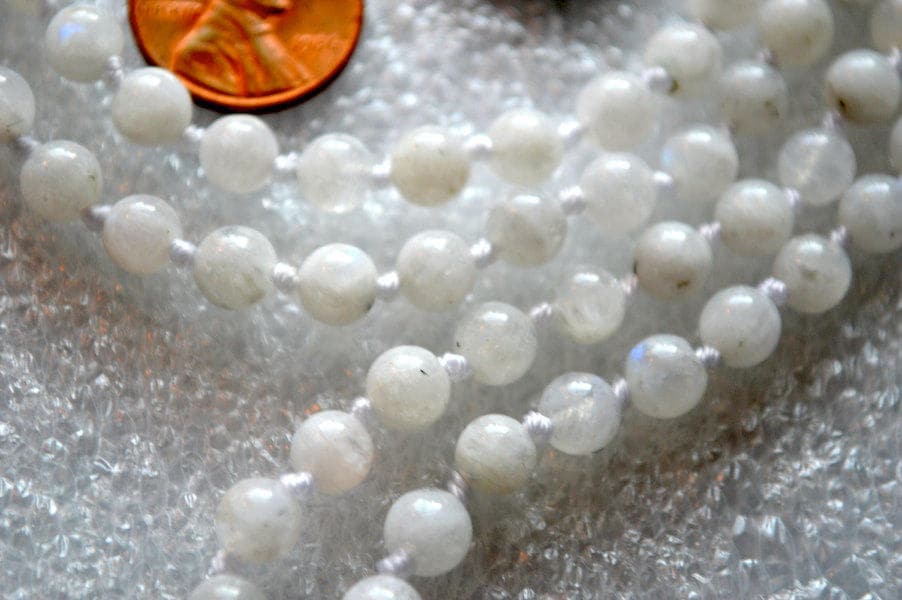 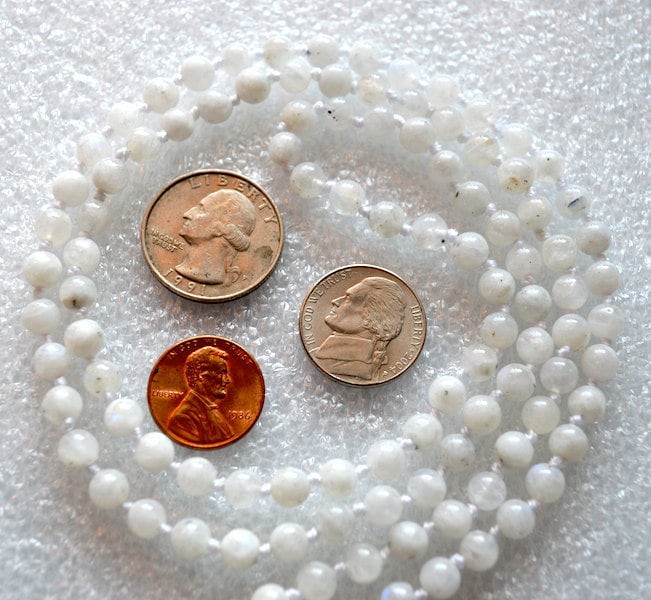 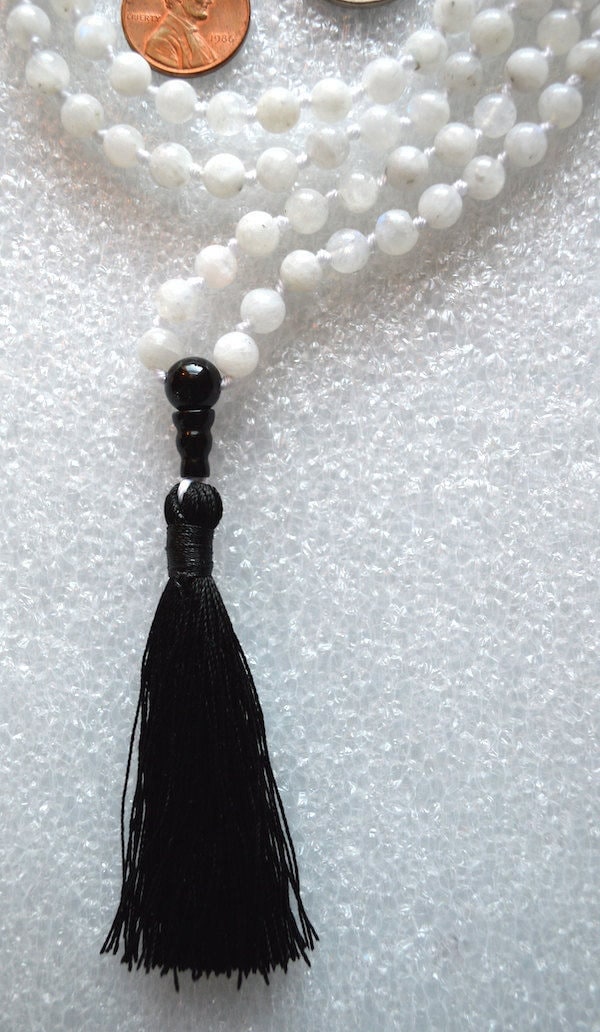 WHAT IS MOONSTONE JAPA MALA?

Moonstone is substitute of pearl. Moonstone is a stone of emotional harmony and wellbeing. It has been revered for centuries in India as a stone which can bring harmony and good fortune to marriages and love relationships. Moonstone in india its known as 'Chanderkant Mani'. Enhances feminine energies, sensitivity, intuition, and psychic abilities. Brings strong energies of abundance to one's life. Moonstone is a stone of protection, especially during childbirth, pregnancy, and travel at sea. Moonstone is a stone of calm and relief from emotional stress. Physically it aids the pituitary gland and digestive system, obesity, water retention, hormonal problems, menstrual problems. Used as a stand in for pearl. Moonstone is associated with the crown and third eye chakras, and sometimes with the heart chakra. Its very good for students too. It helps in reducing the menstrual pains too.Moonstone is particularly helpful for those who work irregular hours and keep to adjust their body clock or relieving jet lag. It is a wonderful wish stone.