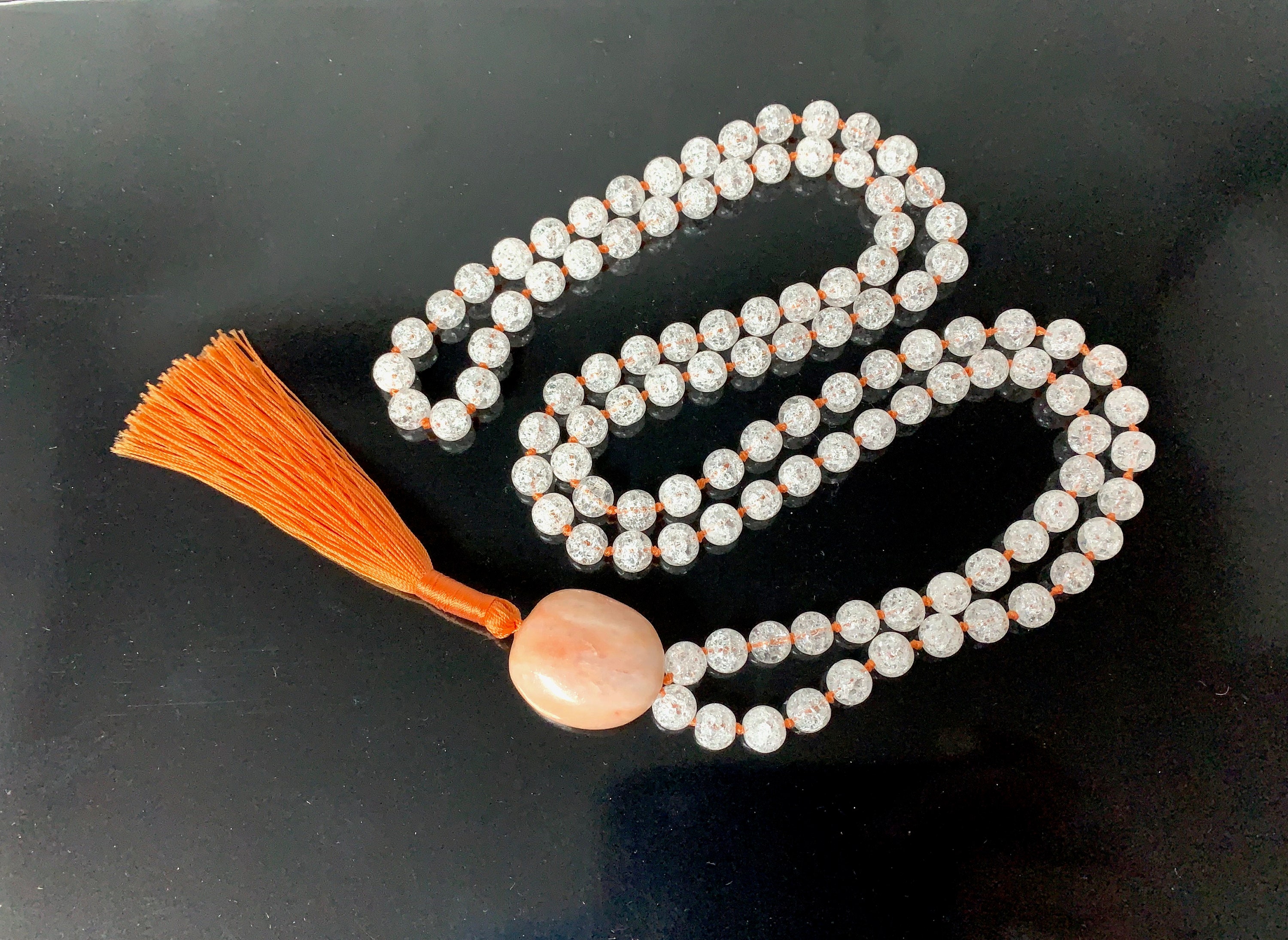 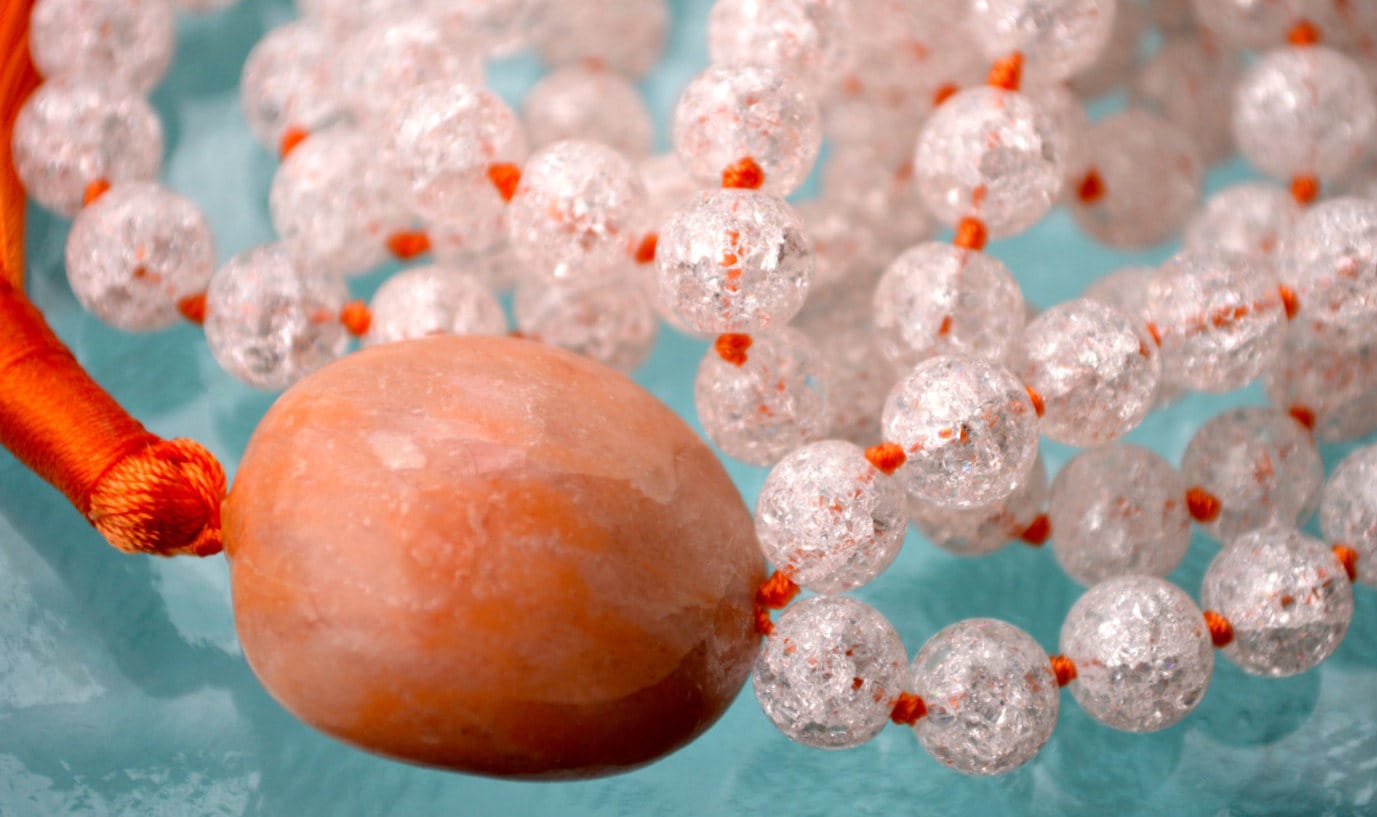 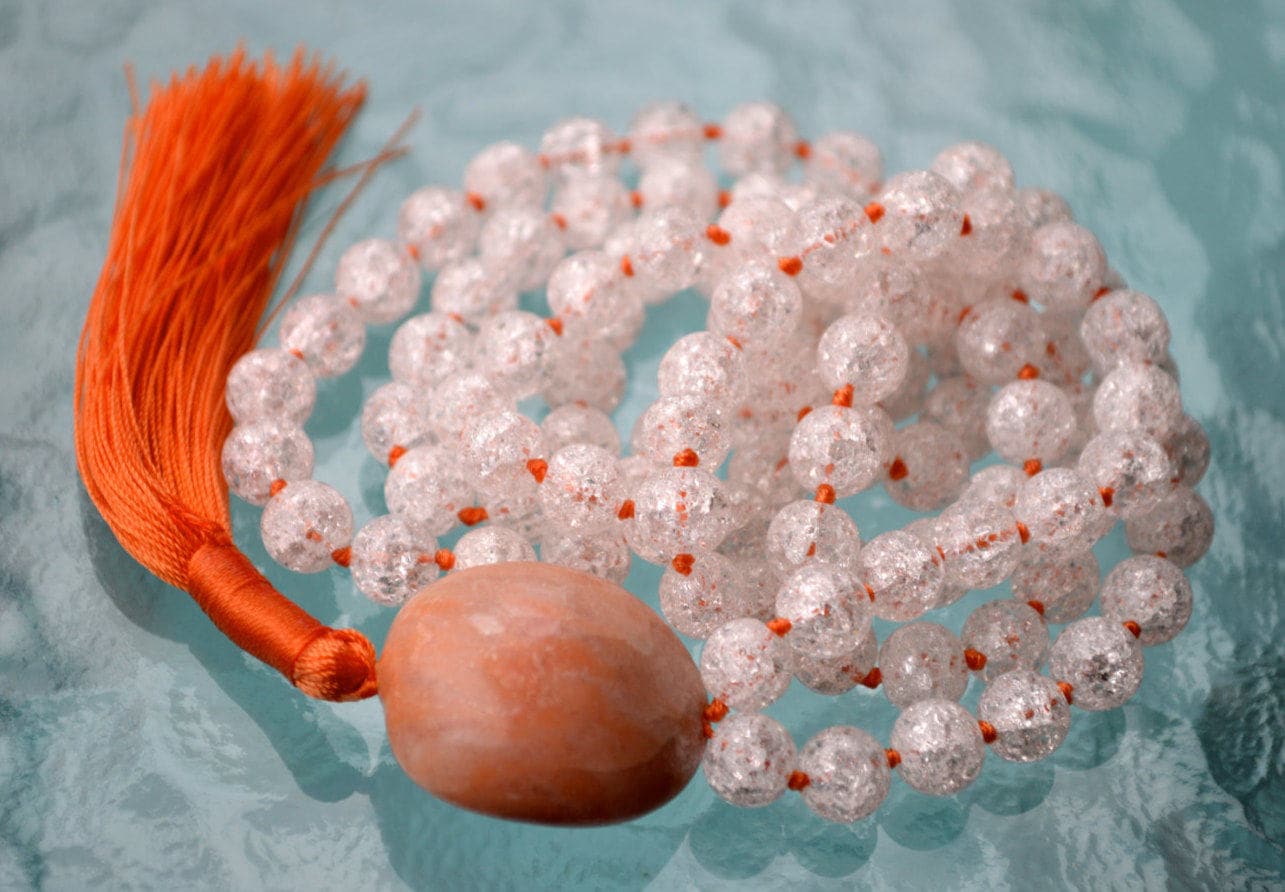 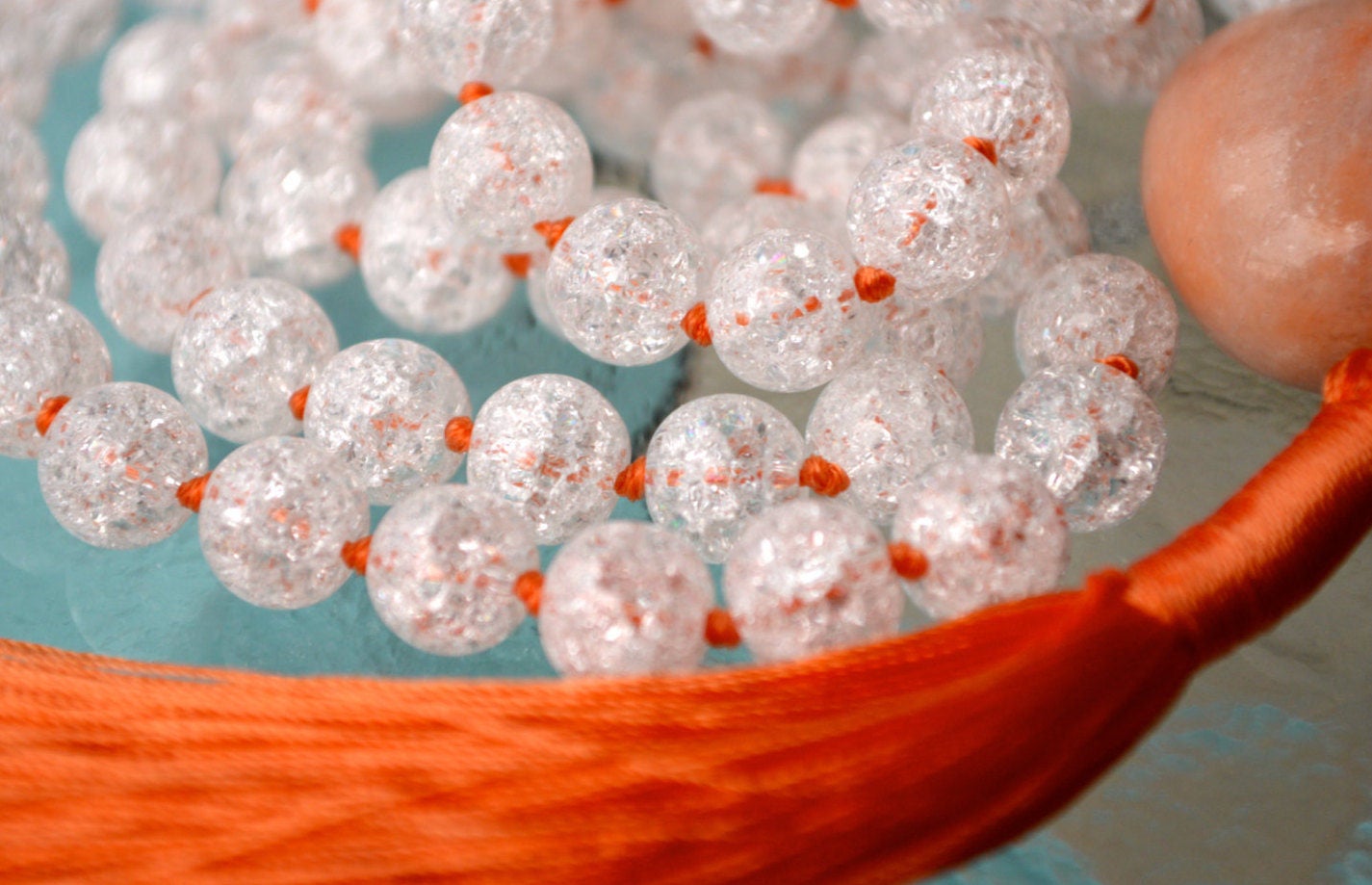 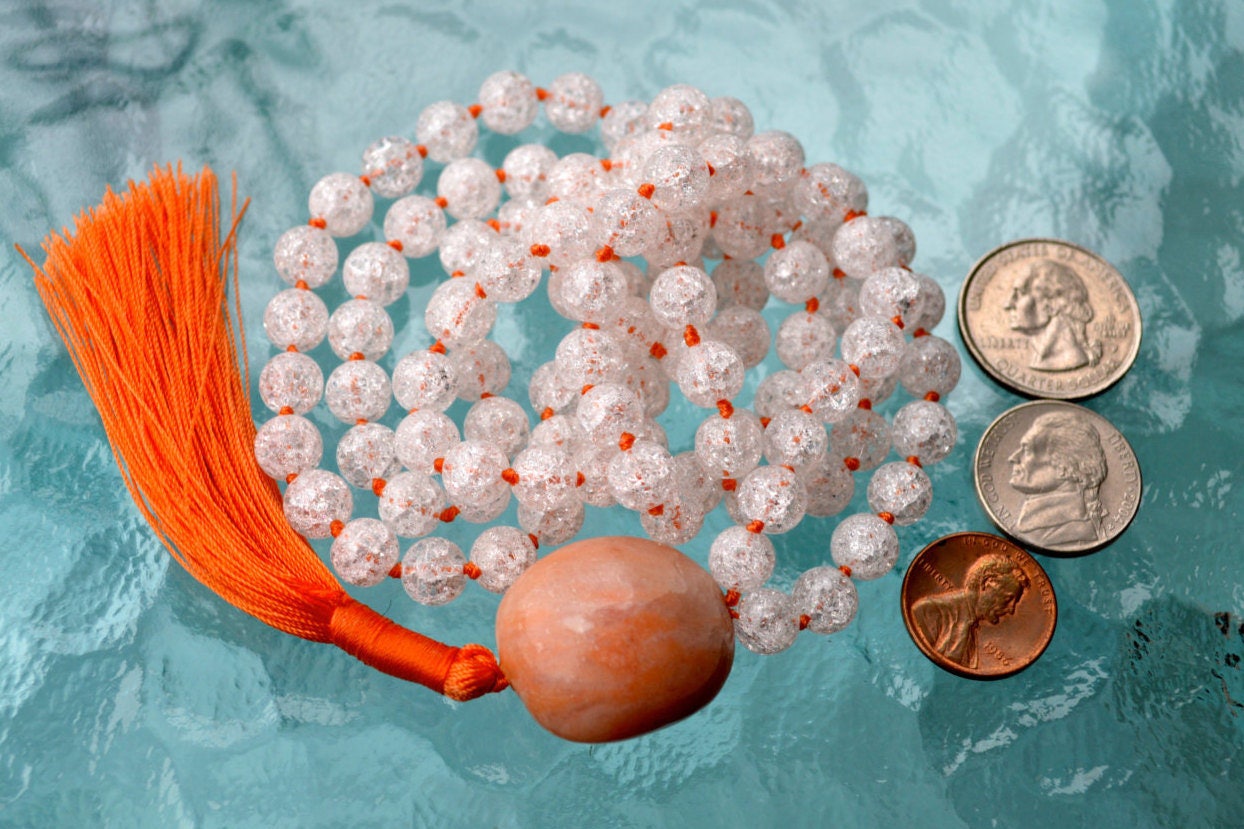 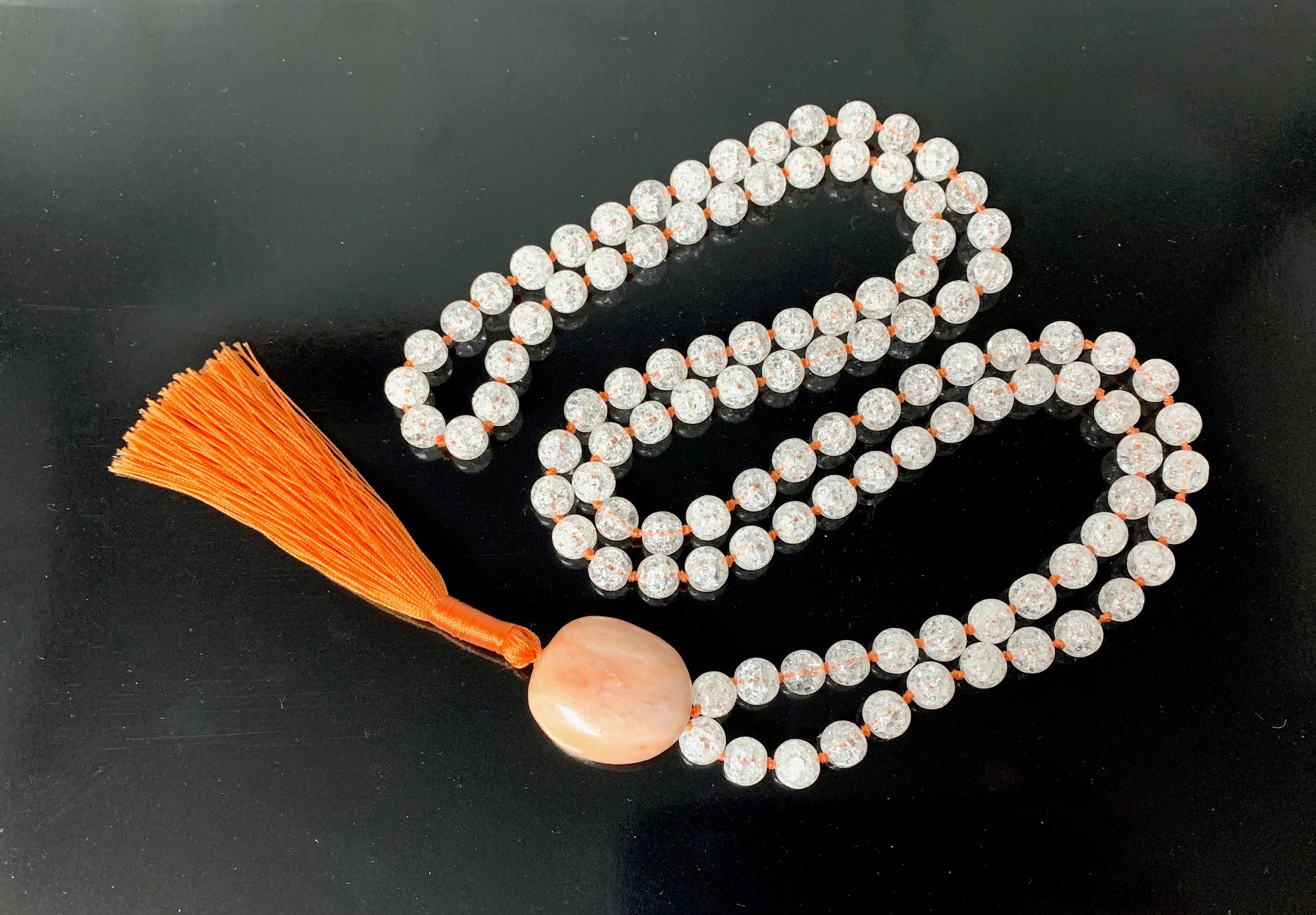 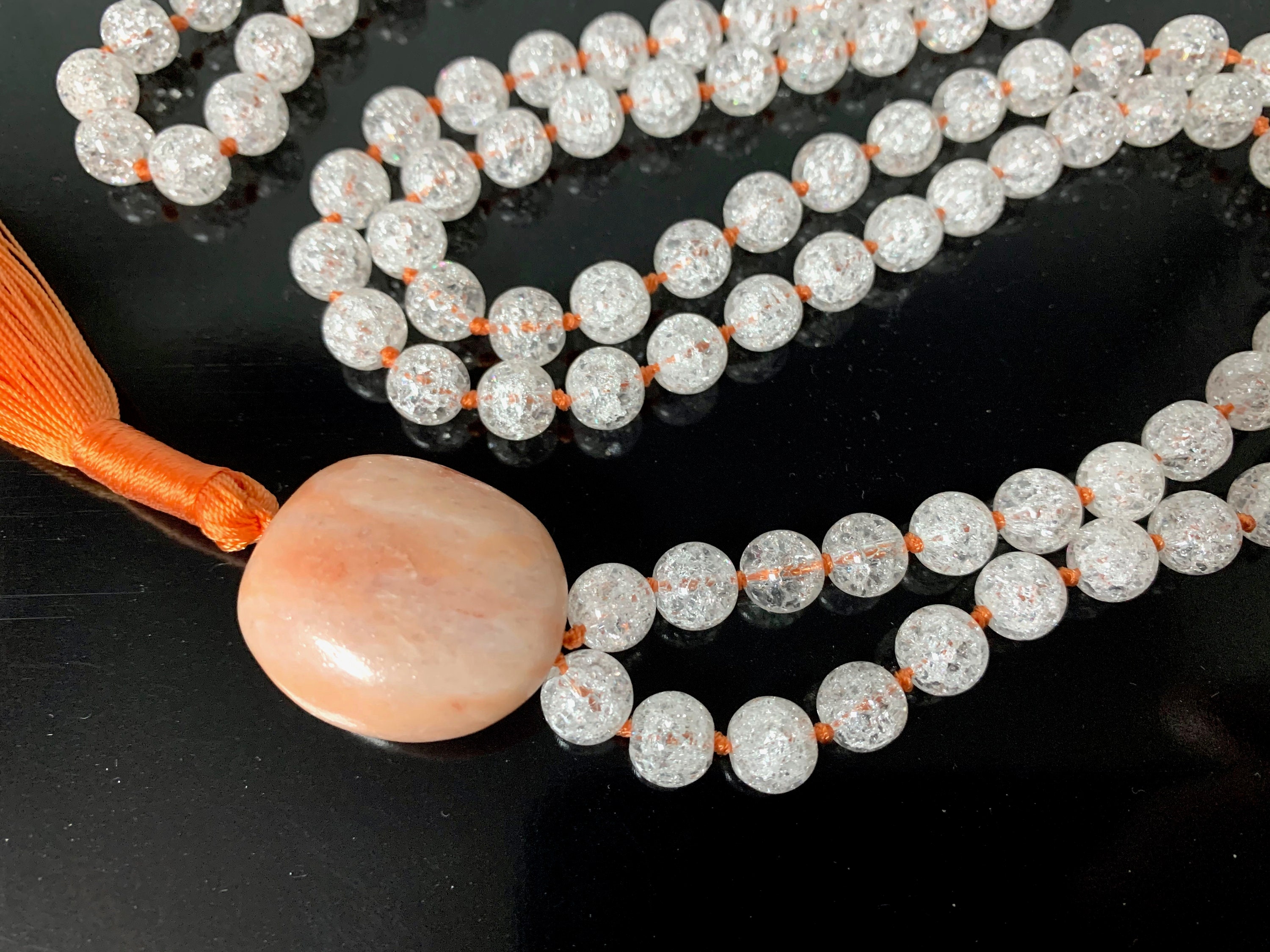 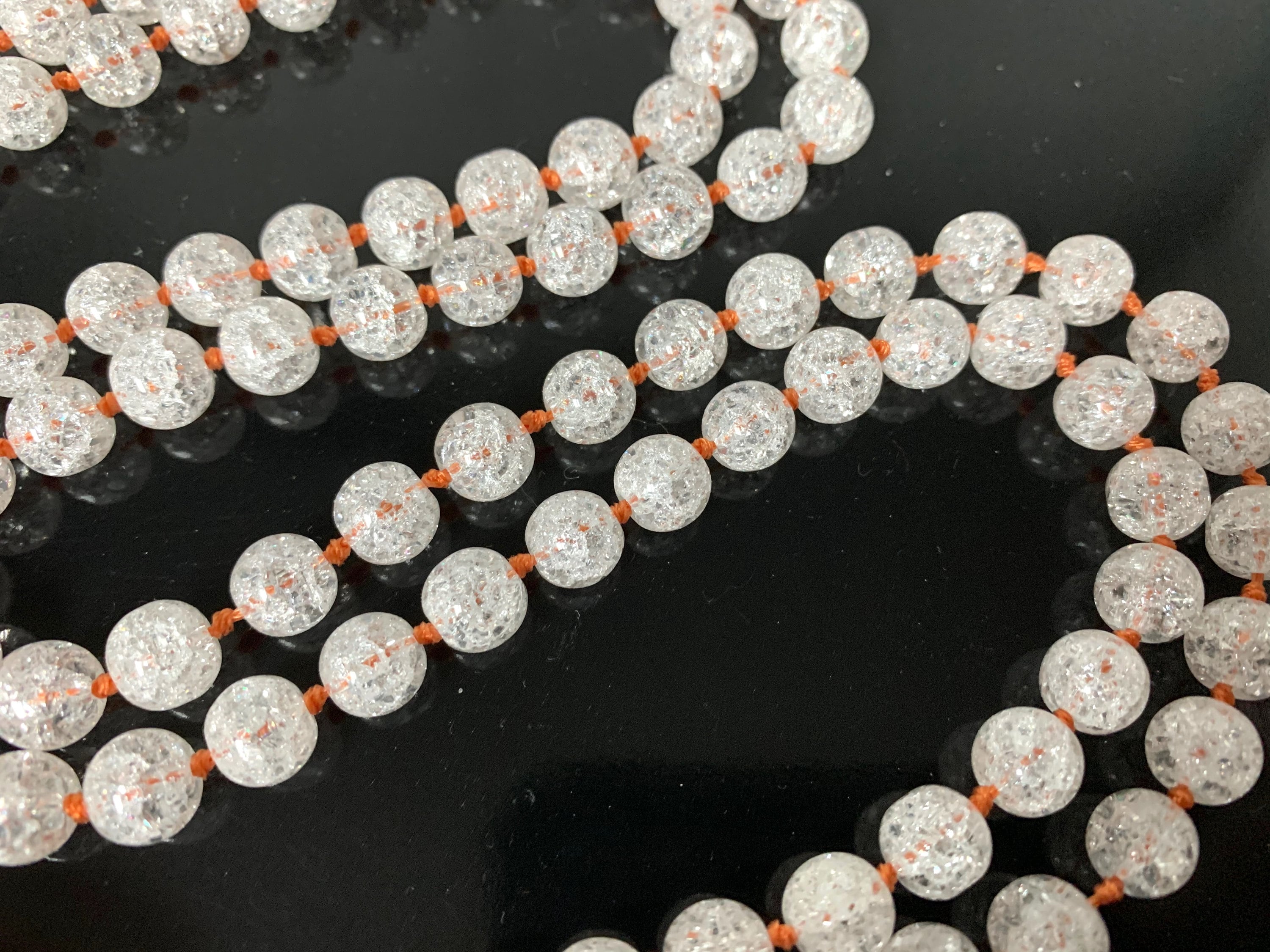 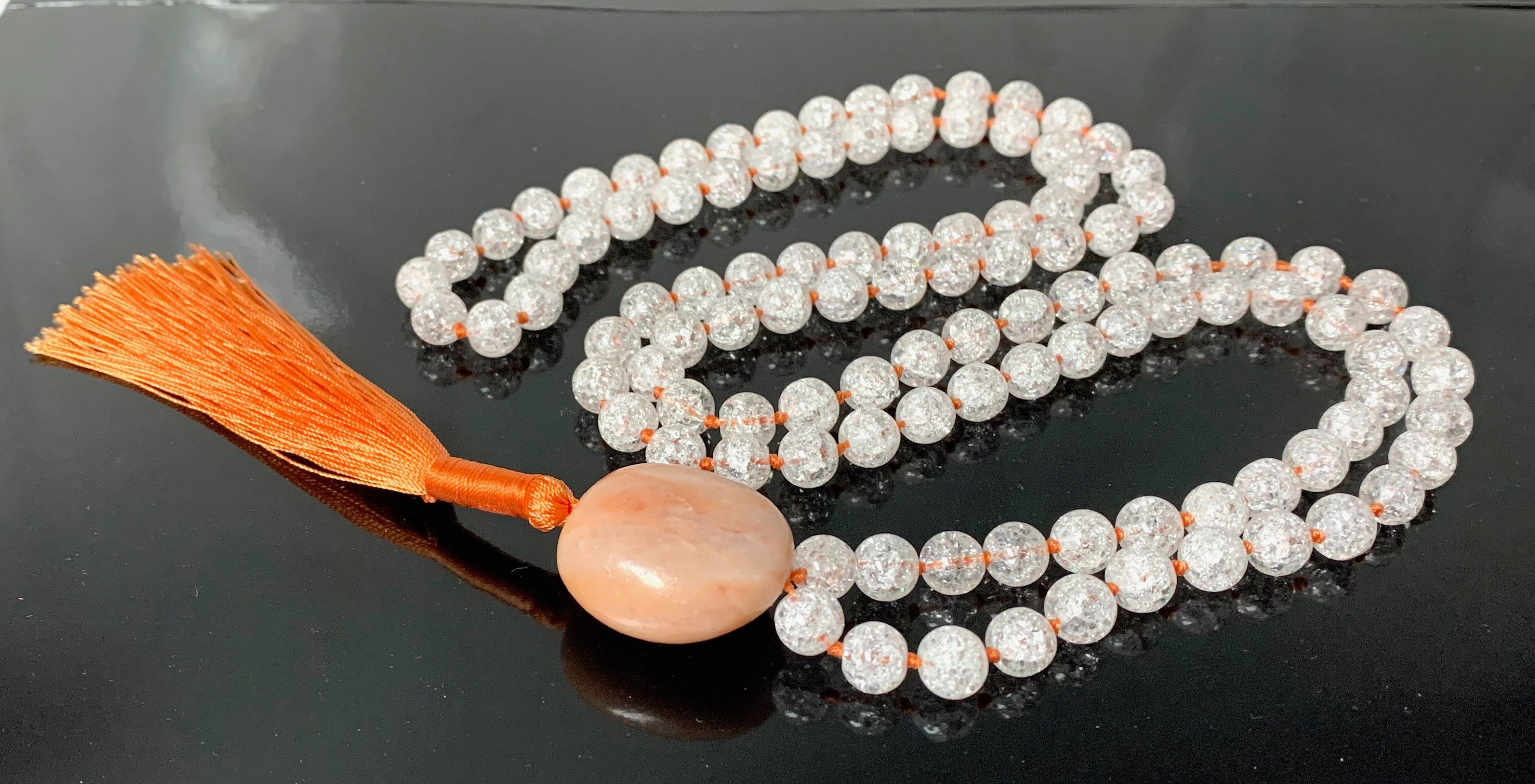 The title description has a character limit so please read more about yellow jade and tiger's eye, the significance of mantra, and 108 mala bead necklaces below!

This mala has been blessed and energized with proper mantras, puja, and spiritually activated by Swami Ji to infuse potency and power.


WHAT IS HIMALAYAN ICE CRYSTAL QUARTZ ?

This rare mala from Nepal is made from 8mm natural Quartz. Cool to the touch, "Nirvana Quartz" also known as Himalayan "Ice" Quartz originates high in the Himalayan mountain ranges of northern India and Tibet. Late in 2006, Nirvana Quartz was discovered in extremely high altitude areas which had formerly been covered in ice 365 days a year. Himalayan Ice Quartz brings a sense of perserverence, very high energy and spirituality. They are said to attune one to the potential of all that can be. It is an awesome tool for meditation, and is said to bring visions of the path to one's destiny. This crystal is primarily associated with the crown chakra. This is one of my most popular malas.