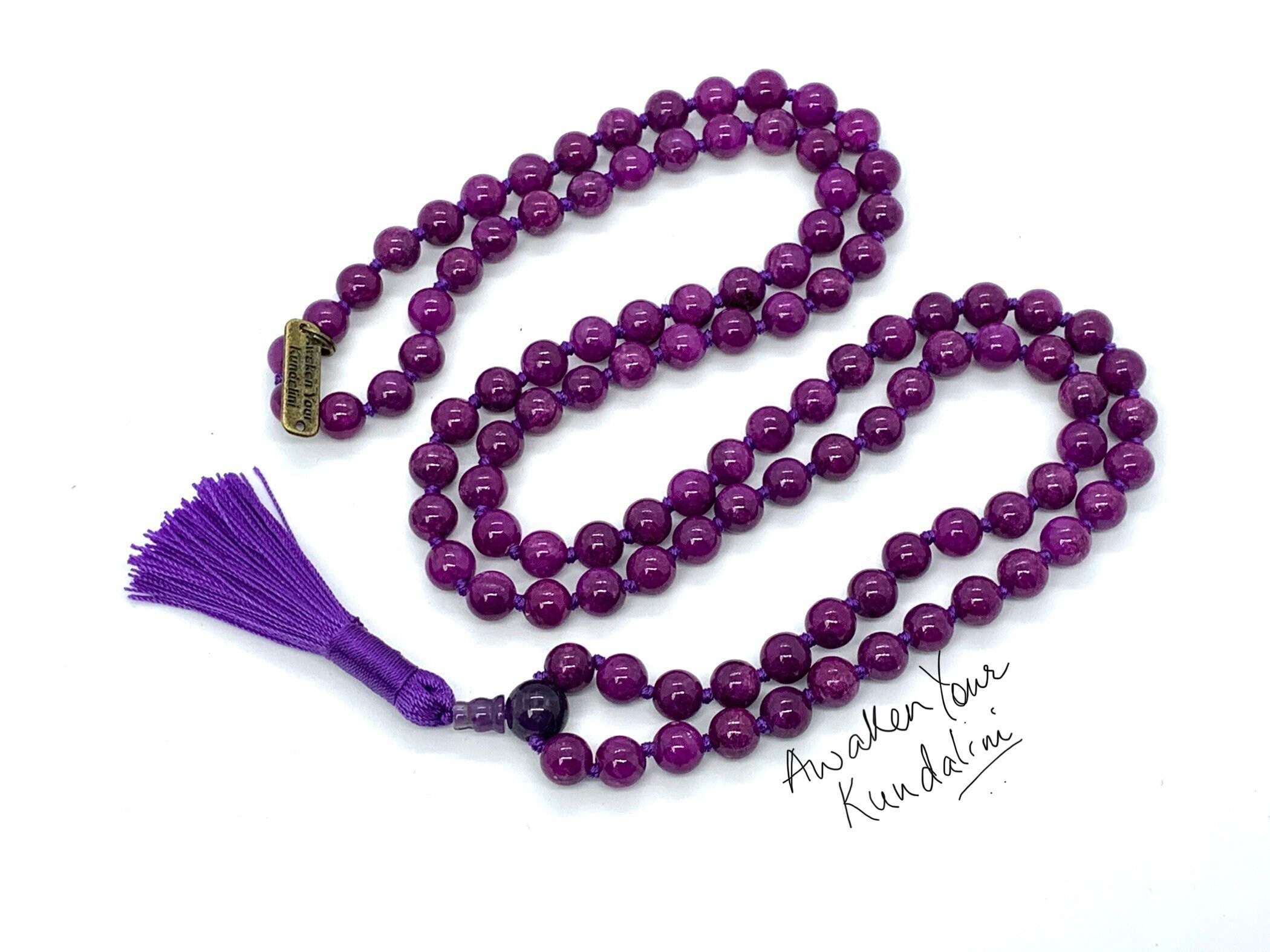 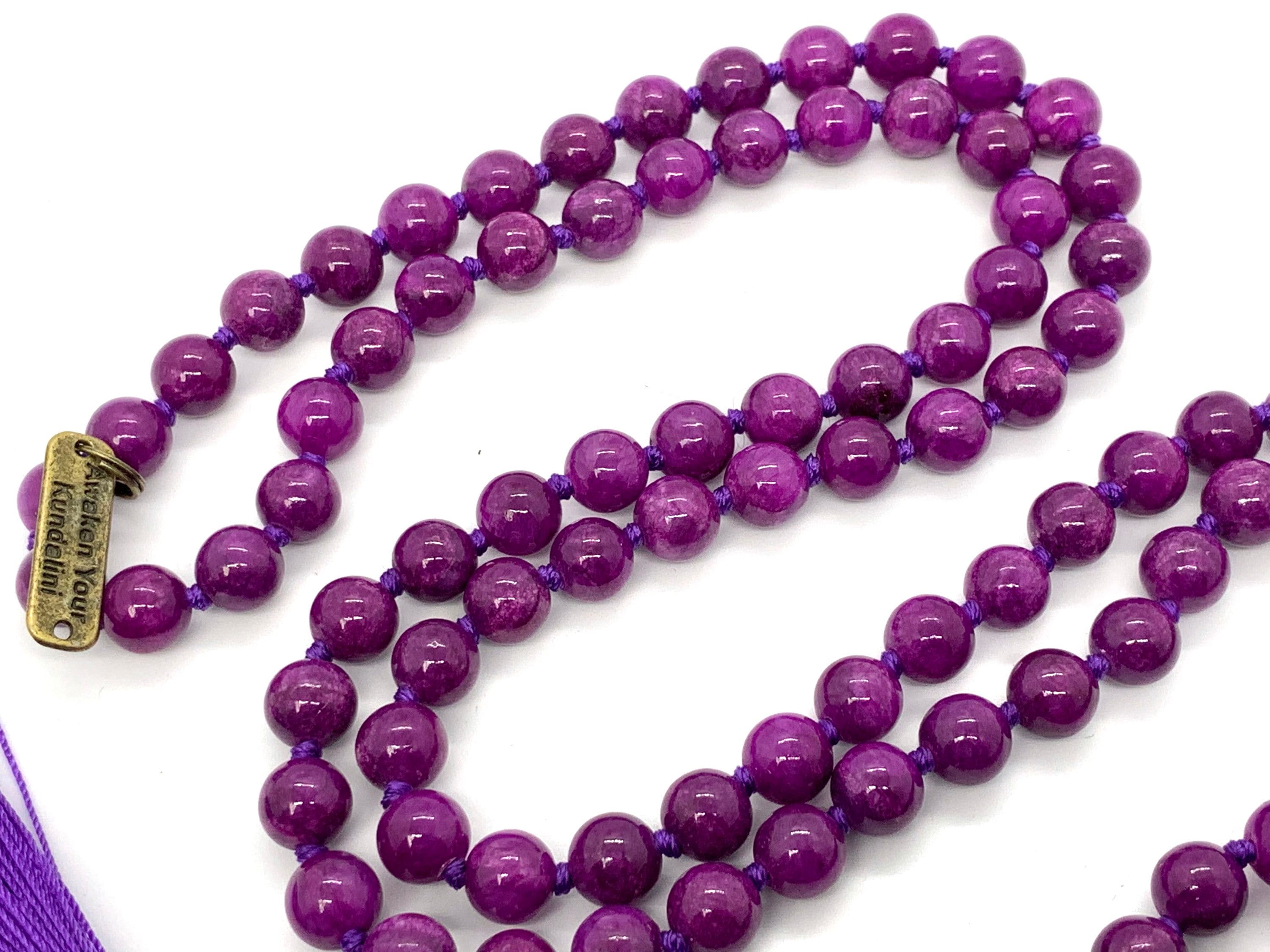 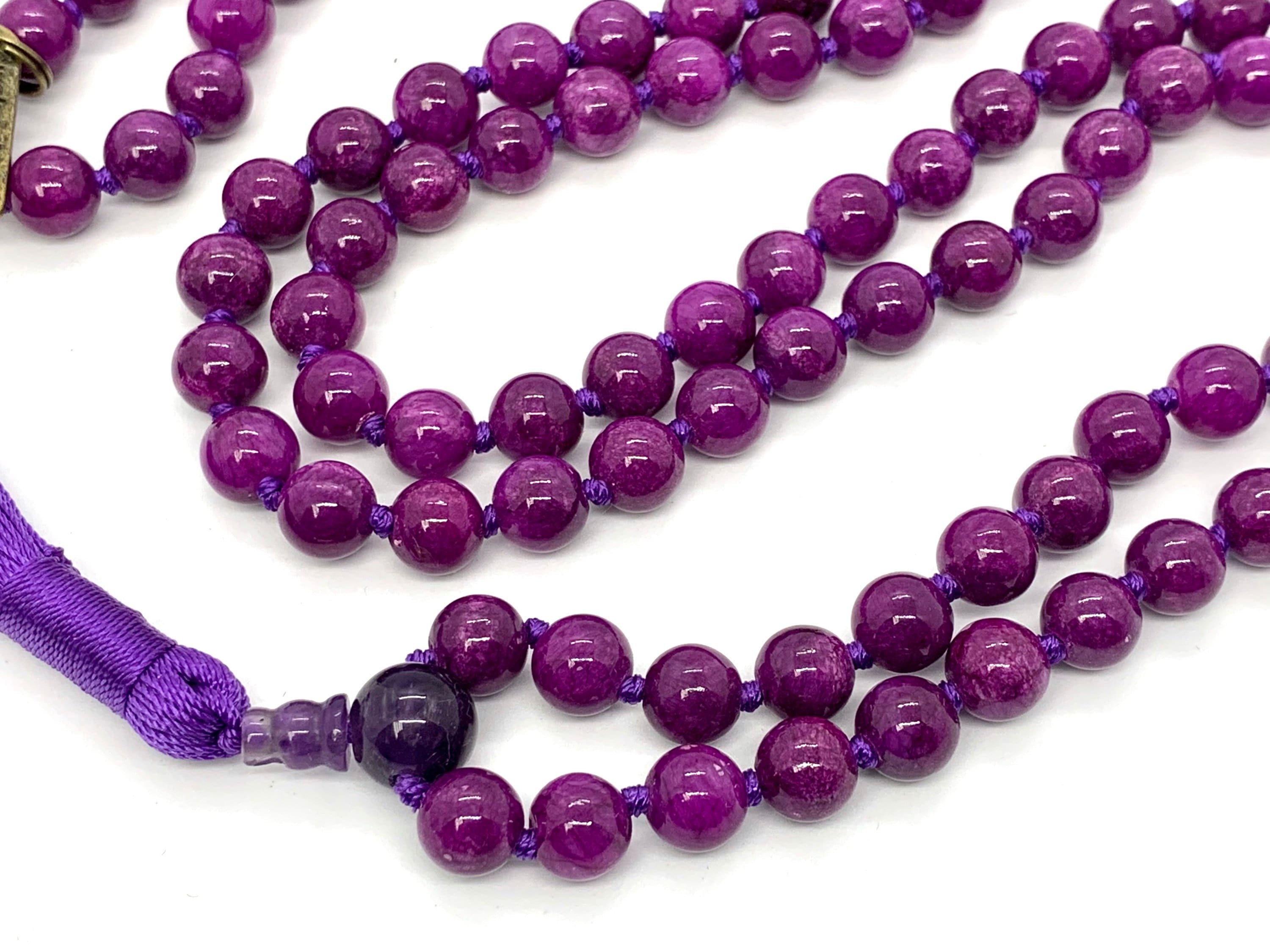 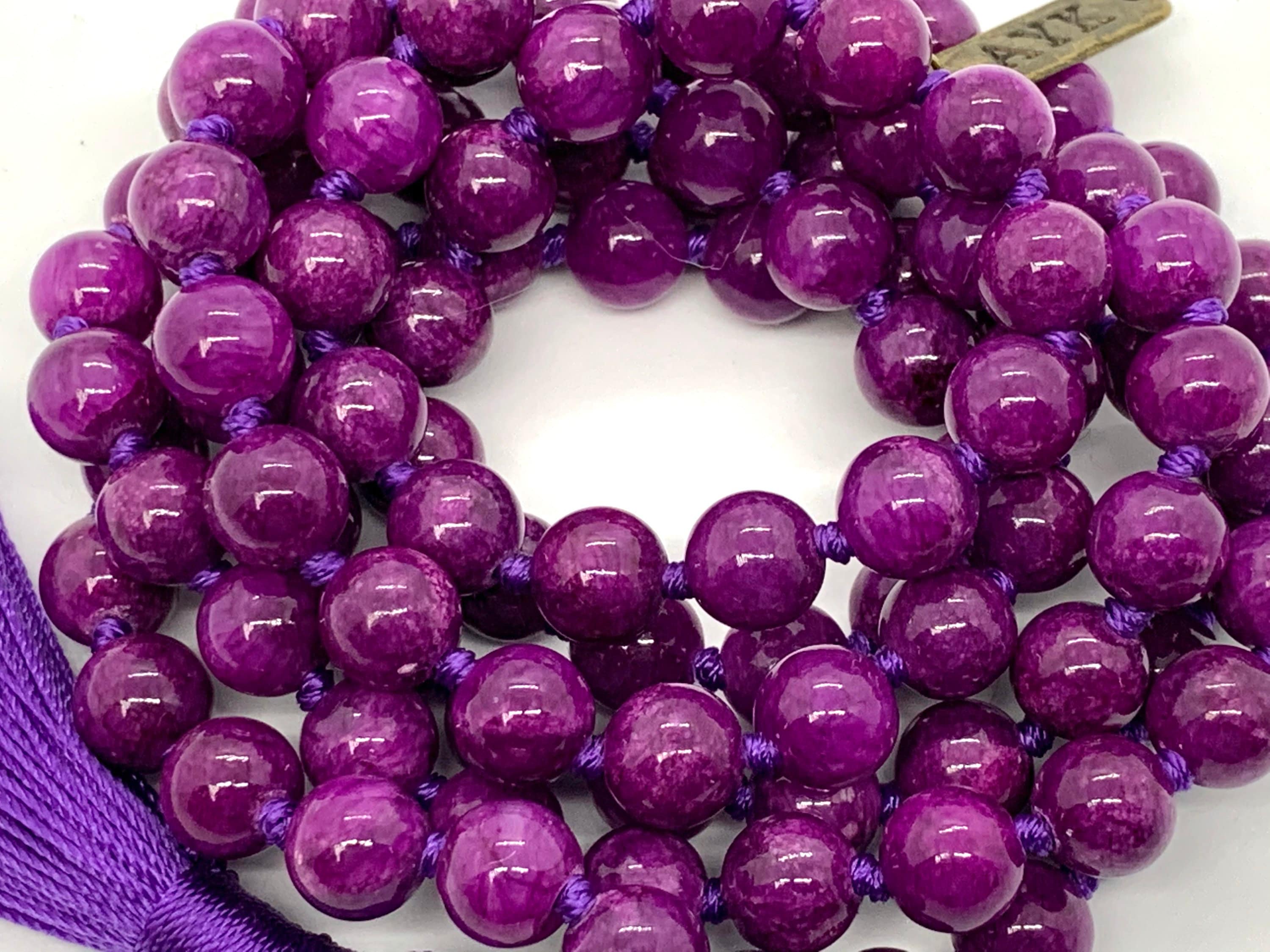 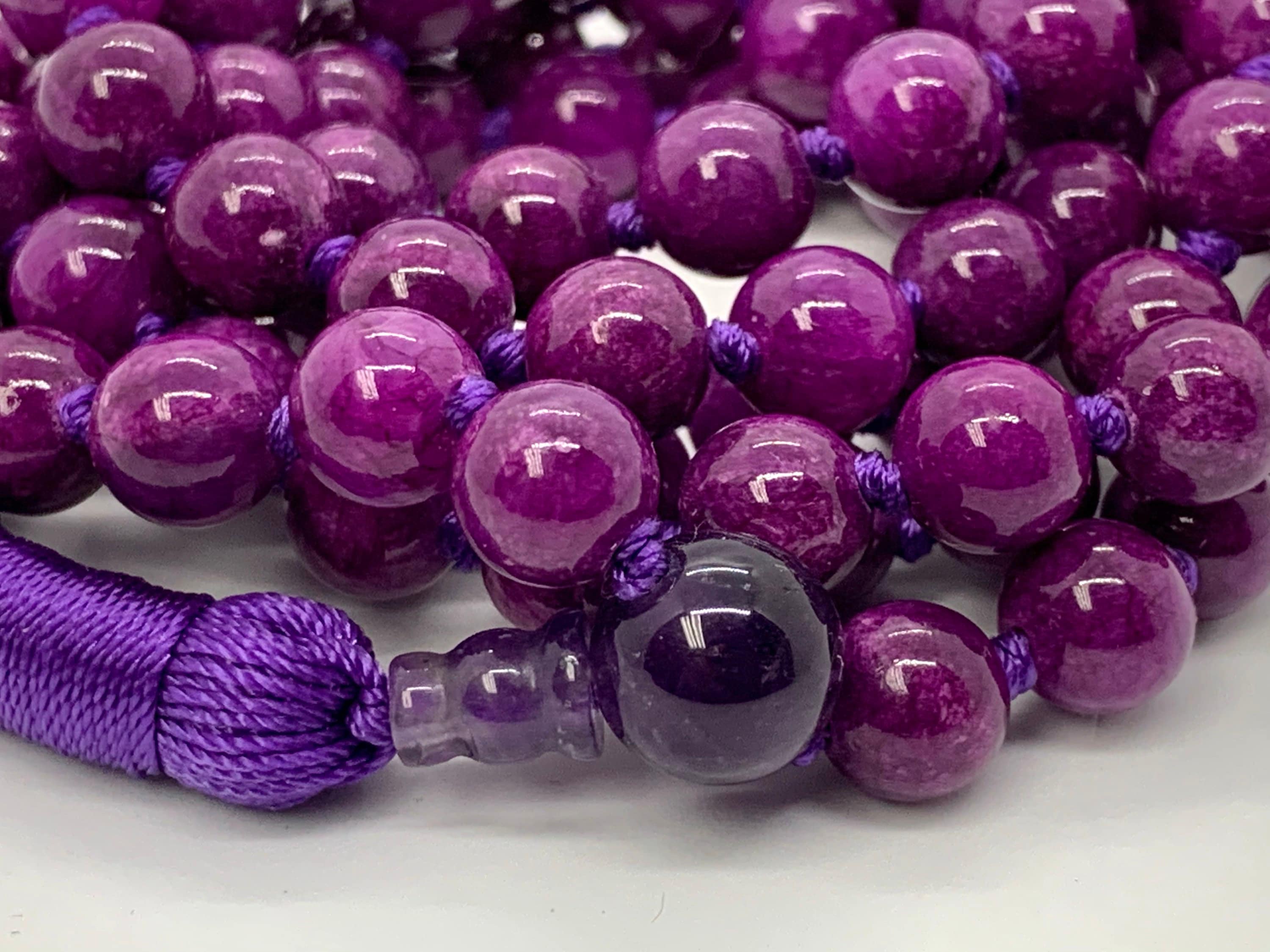 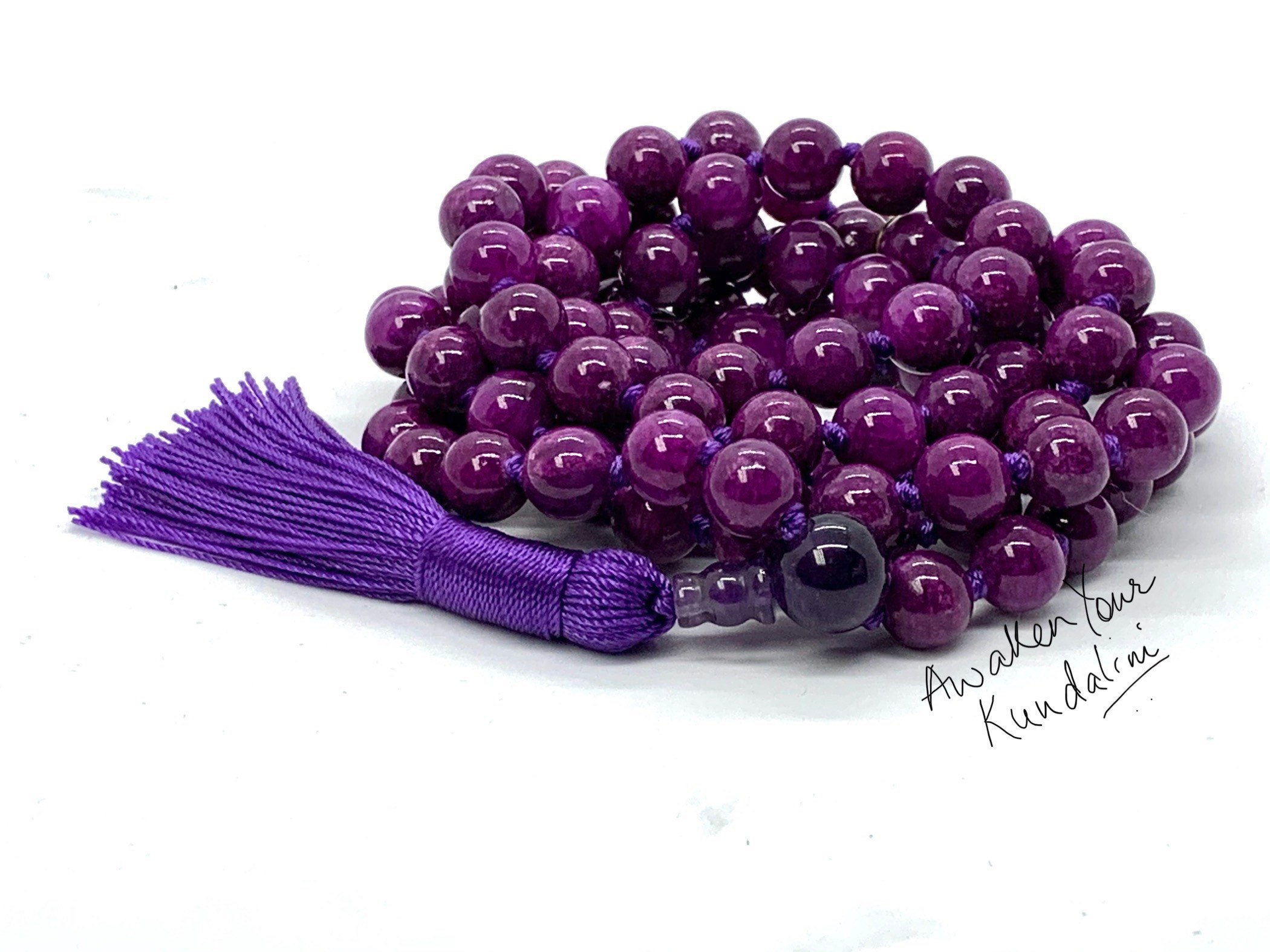 
WHAT IS PURPLE JADE JAPA MALA?

Natural purple Mountain Jade Mala Mountain Purple Jade. Did you know? Dolomite marble, commonly referred to as "mountain jade," is a lovely gemstone with a subtle internal shimmer that naturally occurs in pink, white or gray but is commonly enhanced to reflect every color of the rainbow. It is said Mountain Jade is considered to be a rather gentle stone that brings to the owner increased mercy, unselfishness and giving in all its forms and manifestations. It promotes energetic mind, unique creative expression, and enables deeper manifestation of one's inner self. Mountain Jade can help in developing abilities for handling people that are extensively active. One who wears this mala attains peace of mind and gets rid of anxiety, depression and tensions. The person also acquires a good amount of spiritual powers.