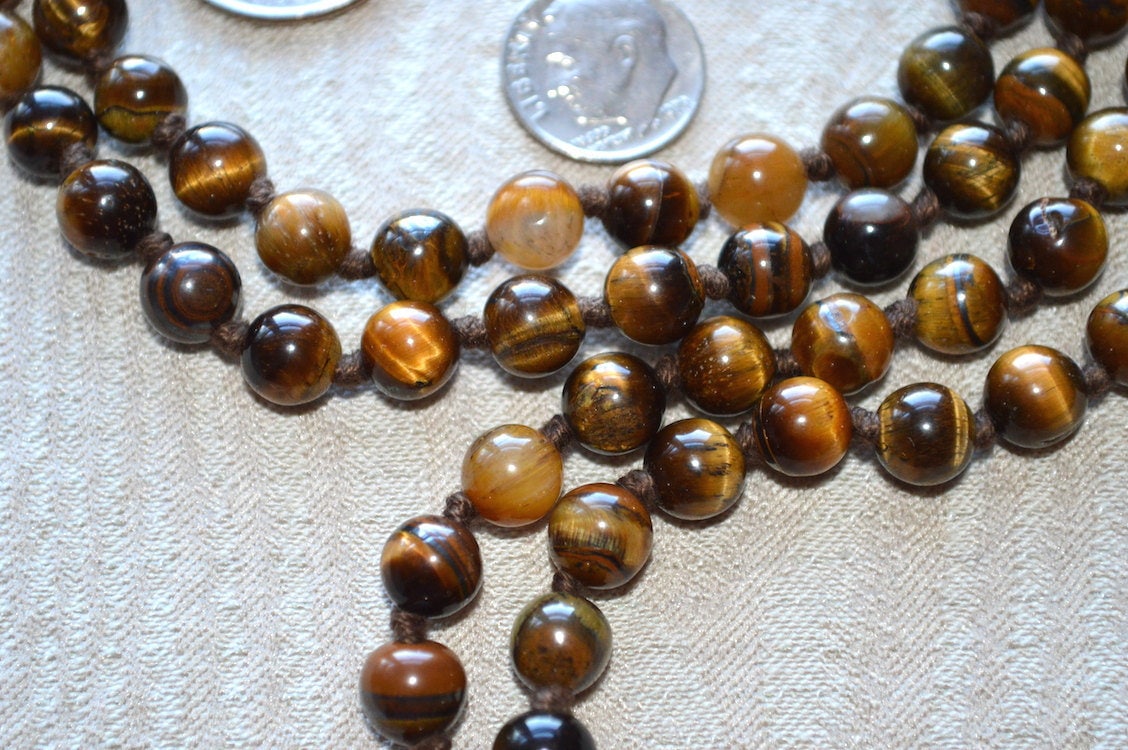 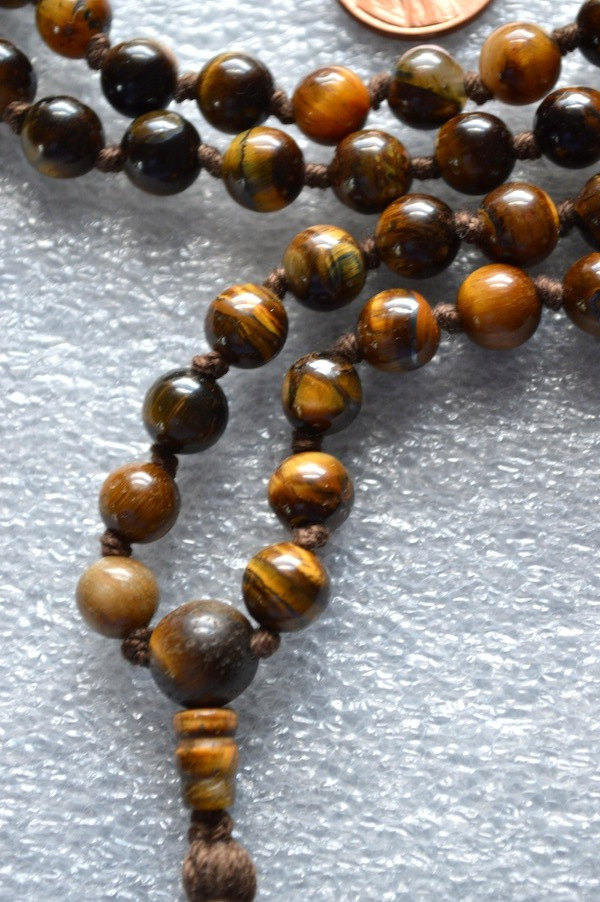 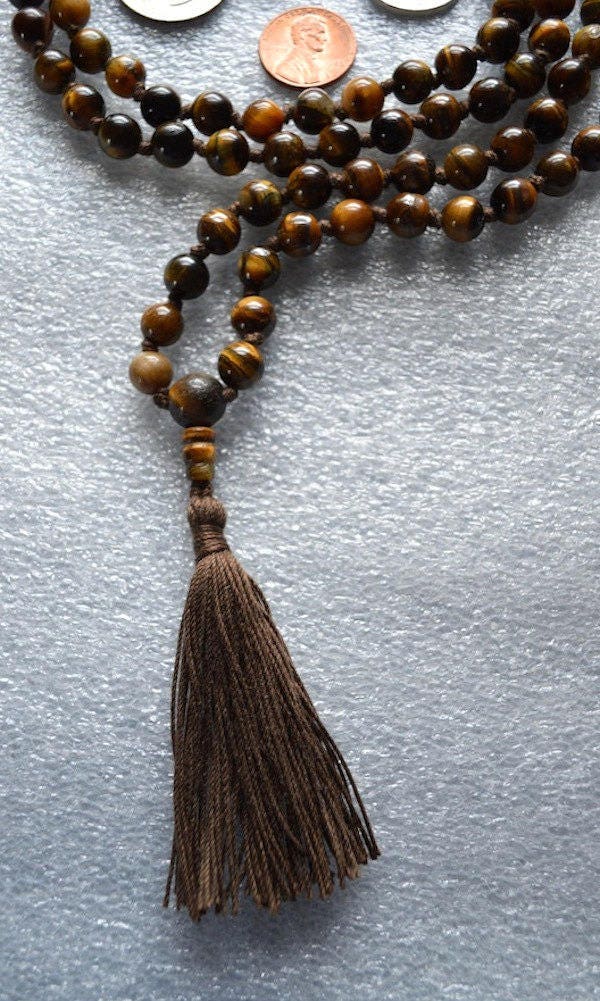 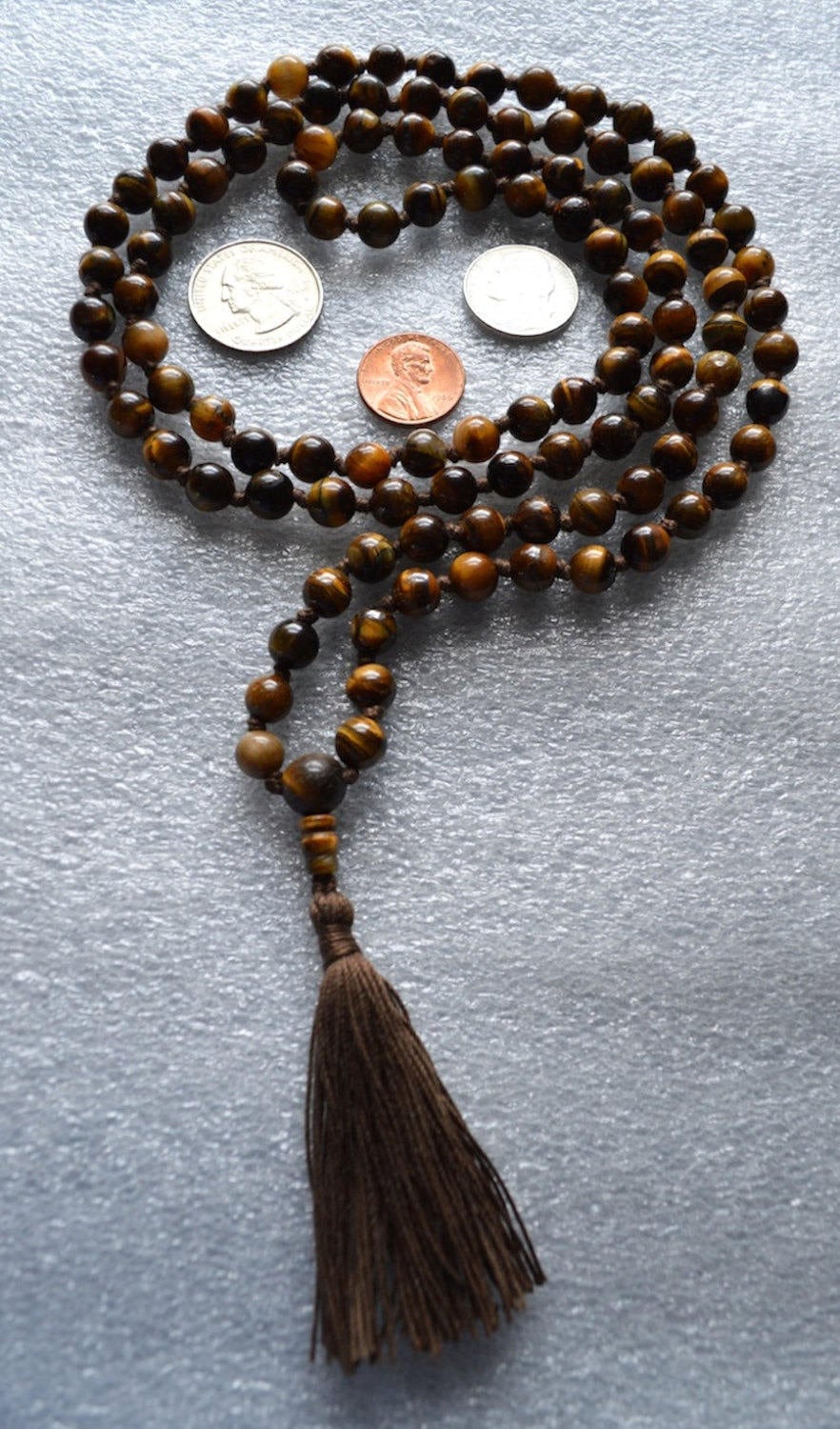 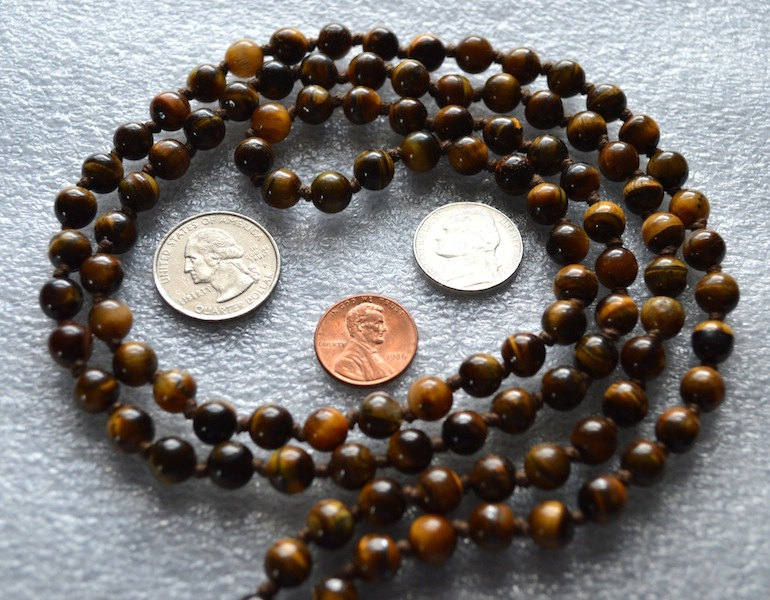 
TIGER'S EYE LETS YOU SEE EVERYTHING. USE THE CAT'S EYE FOR INSIGHT AND YOU CAN BE A VERY LUCKY PERSON. WHEN USED IN JEWELRY THE CAT'S EYE MAY BRING GOOD LUCK AND PROTECTION.
EACH KNOT BETWEEN BEADS DONE BY RECITING MANTRAS WITH POSITIVE VIBES & ENERGY TO INFUSE MAXIMUM POWER.


WHAT IS TIGER EYE ?

Came in pretty fast. I loved the way they look and fell. It also has a pretty good smell. What was it.