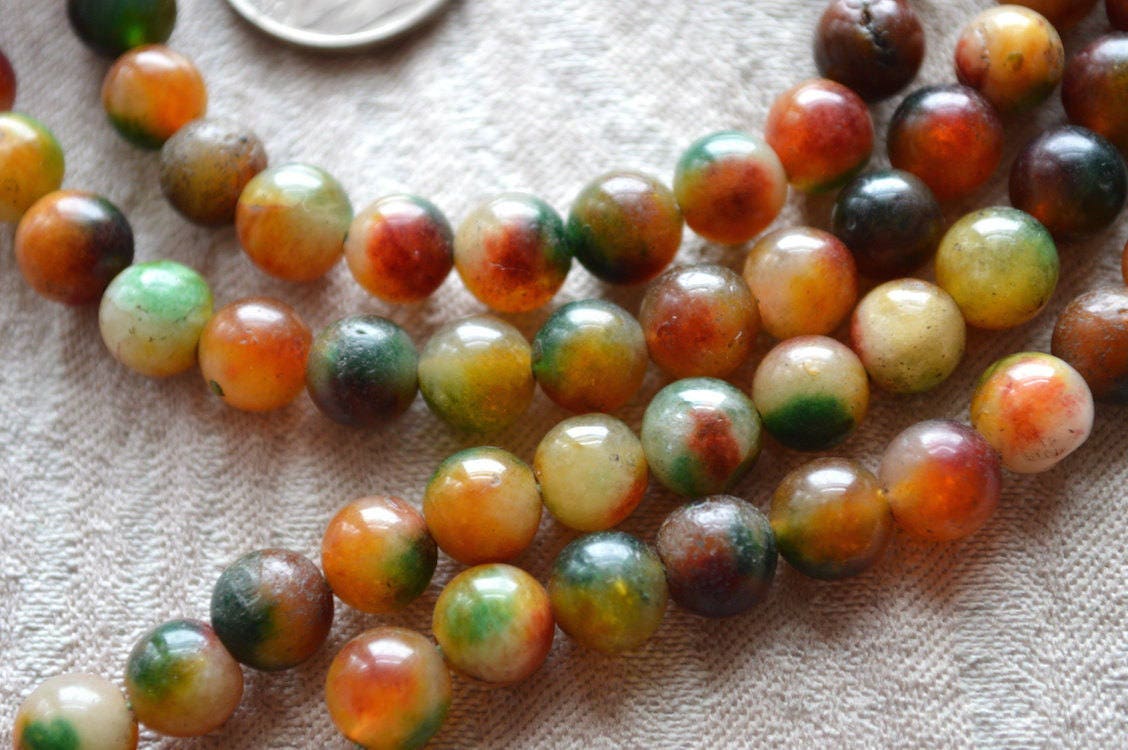 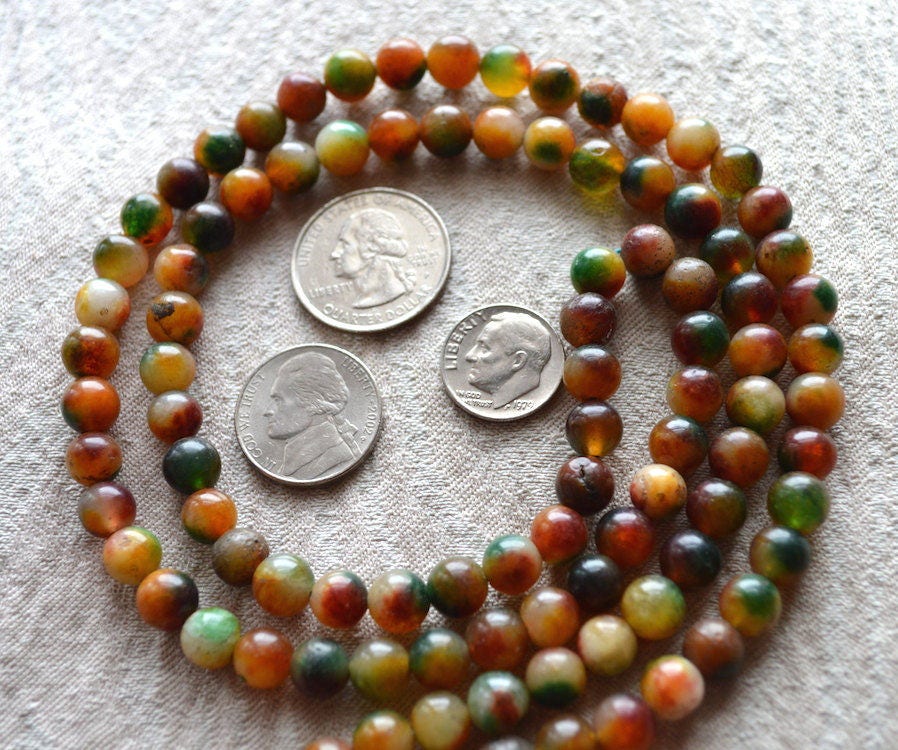 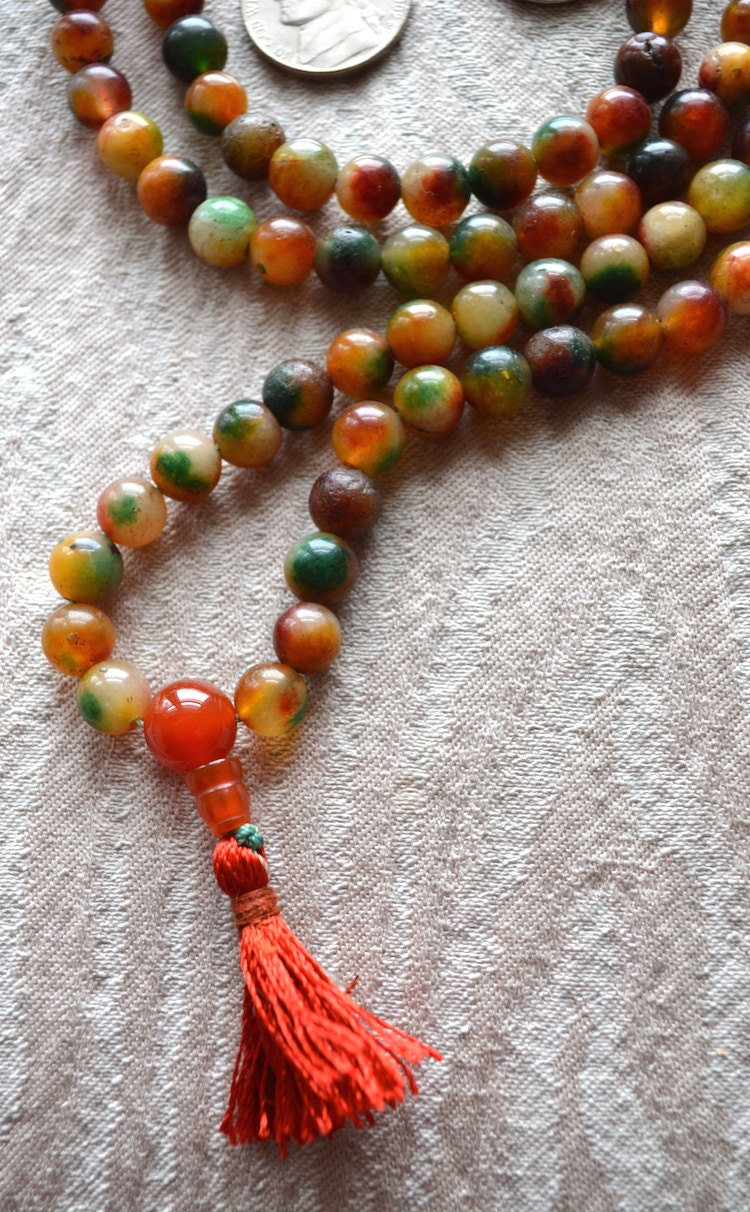 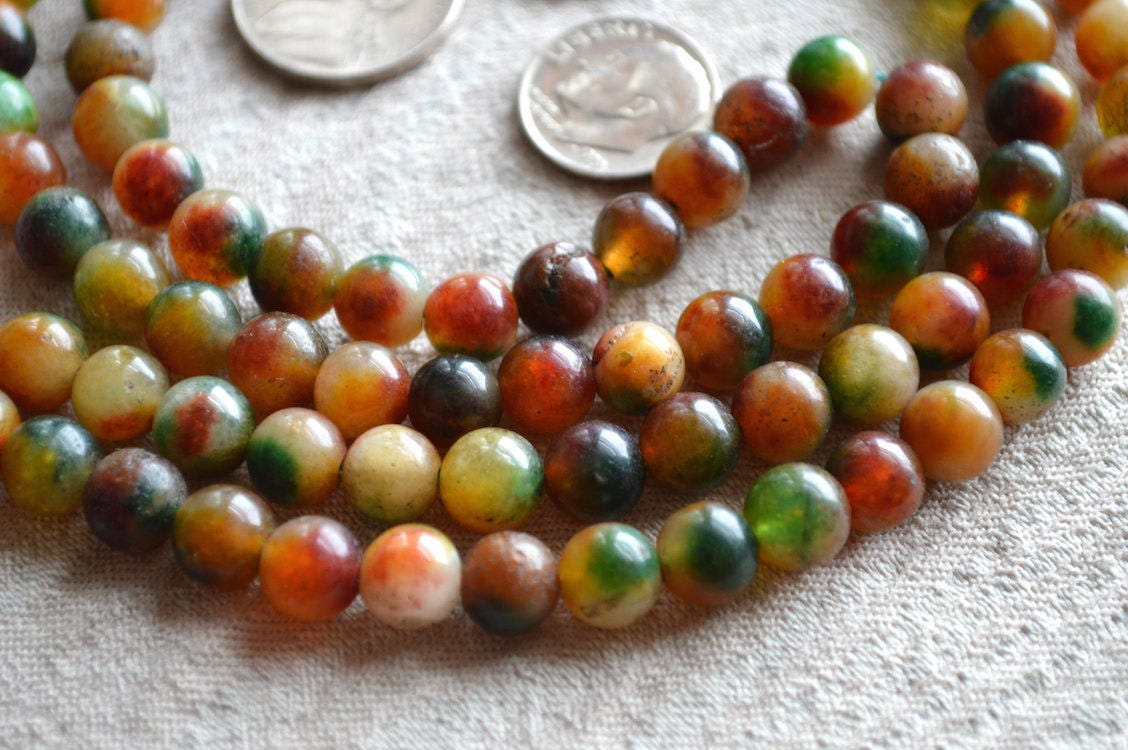 These multi mixed colors of jade are fabulous. The stones are just beautiful. Thank you. Marcia