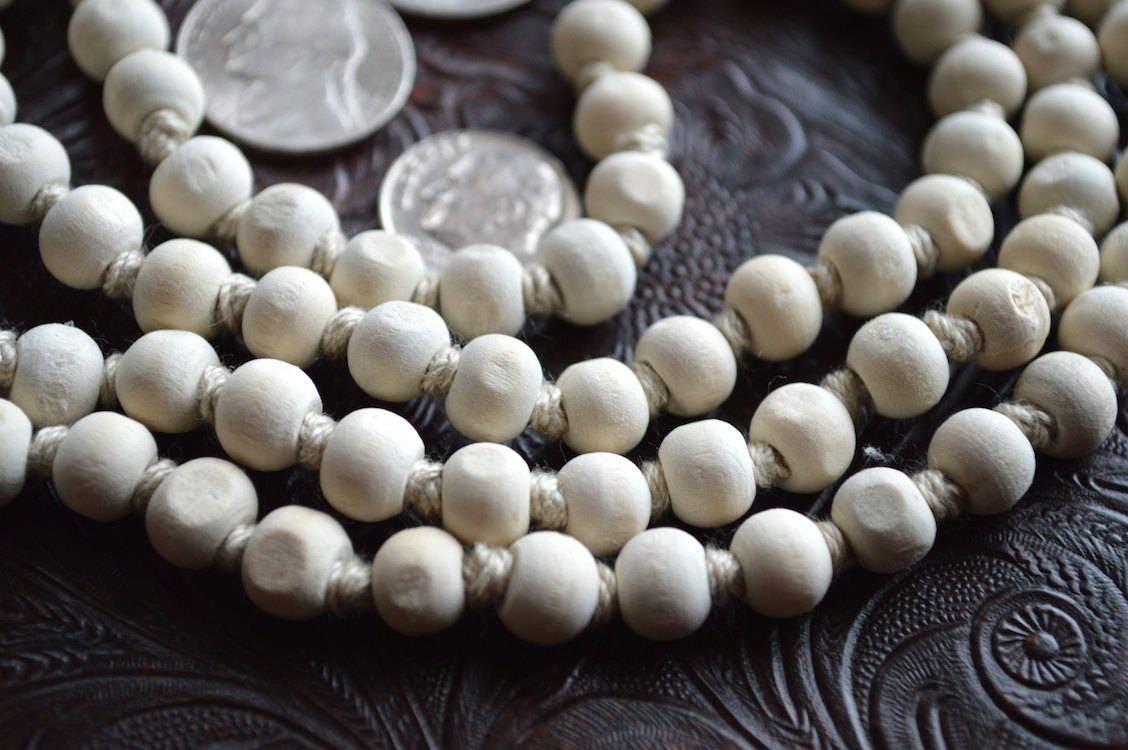 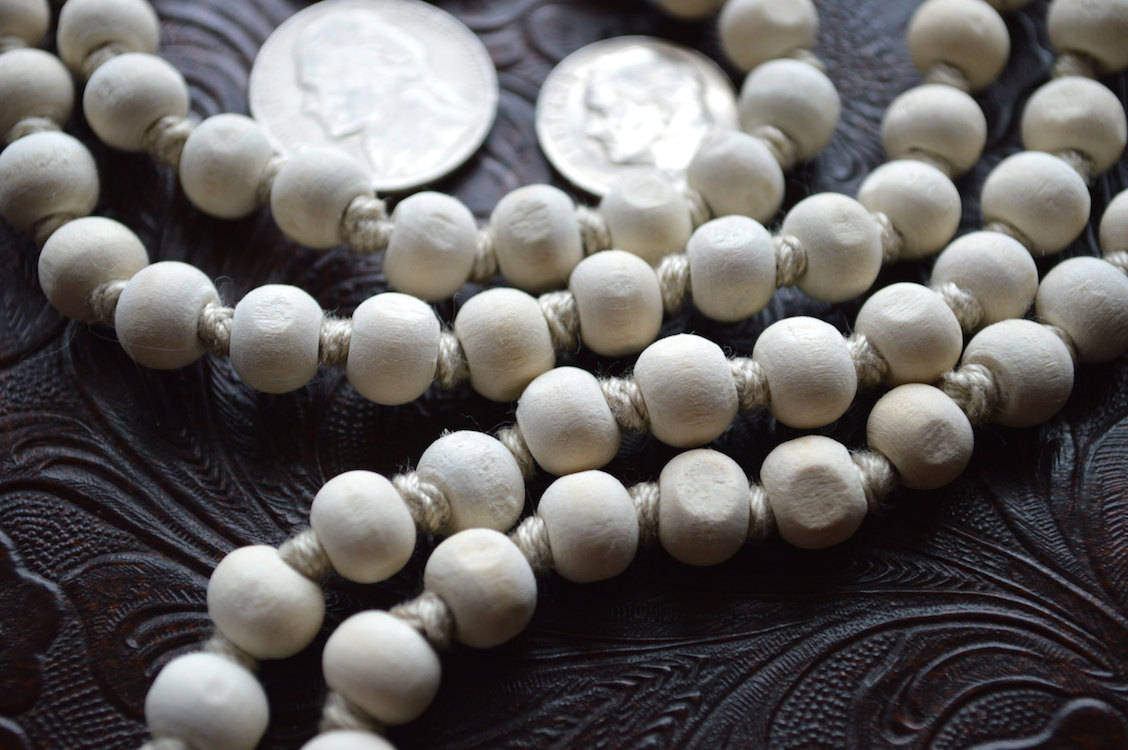 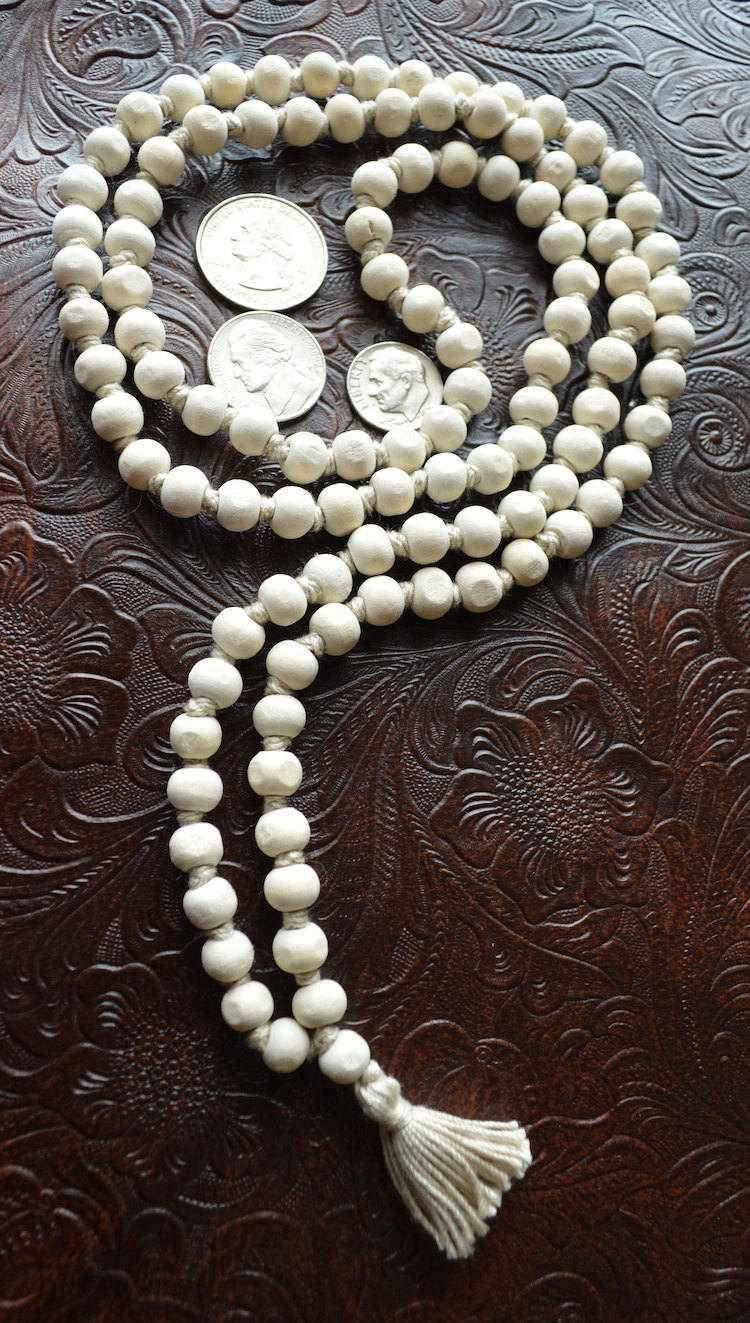 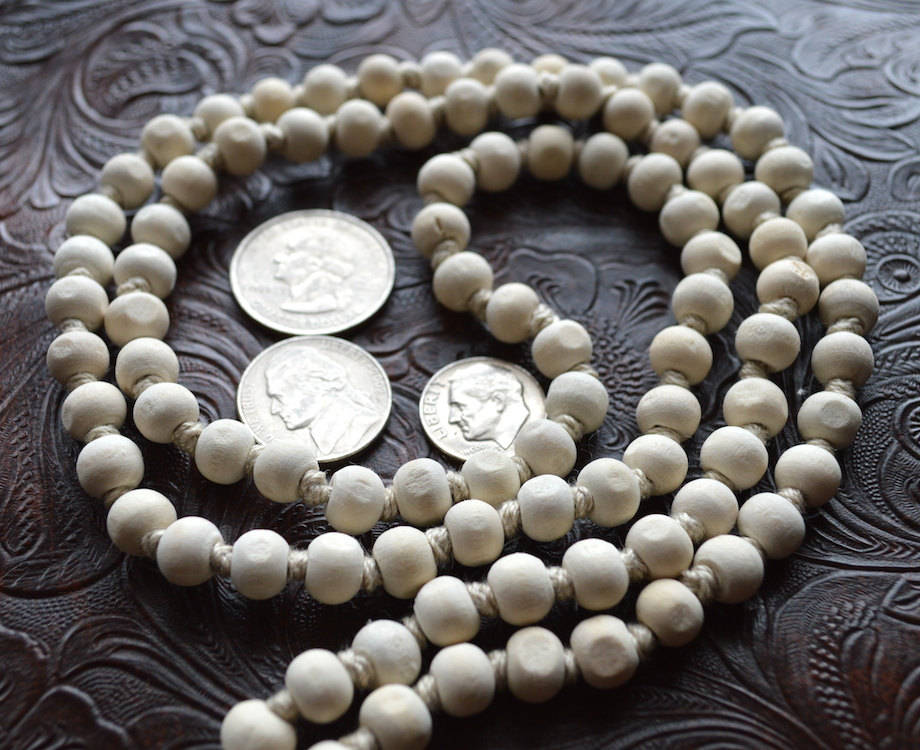 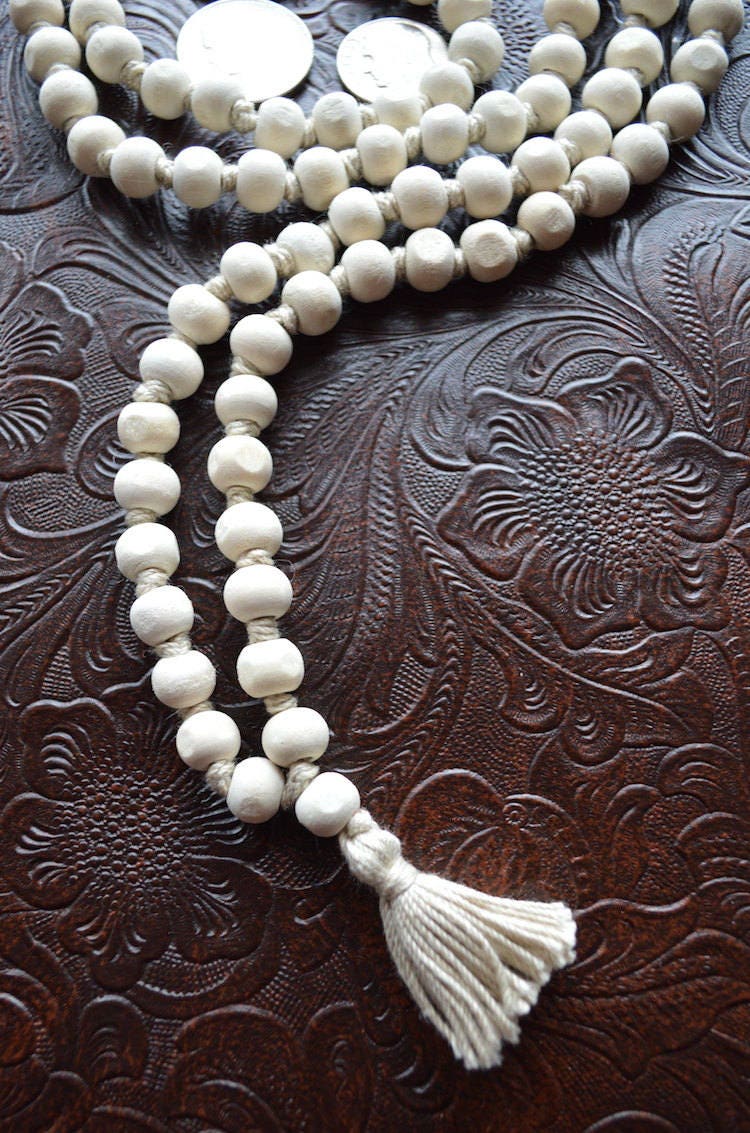 Exactly what I had been looking for. Definitely hand knotted and lightweight. Every bead is unique due to the natural material, but not distracting. Tassel was better than the one pictured.

Divine💙 Mala is of high quality and will surely last me a good while. It came with a metal brand tag on it which I did not like, but I was able to remove it without issue.