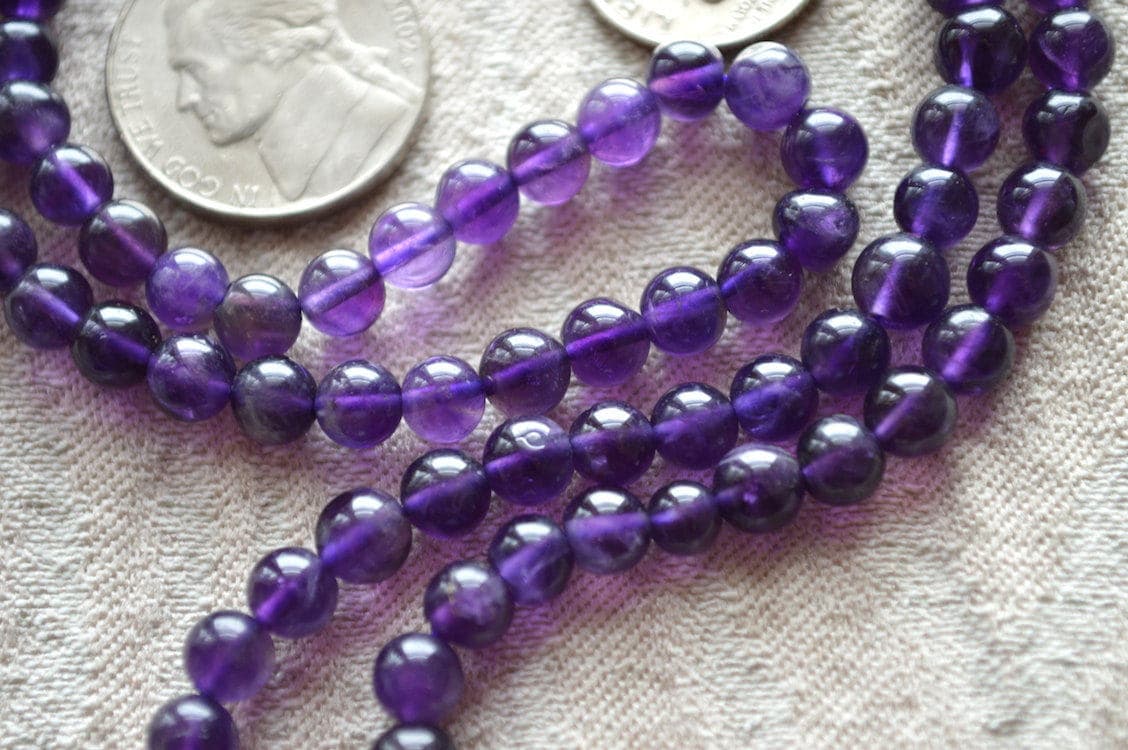 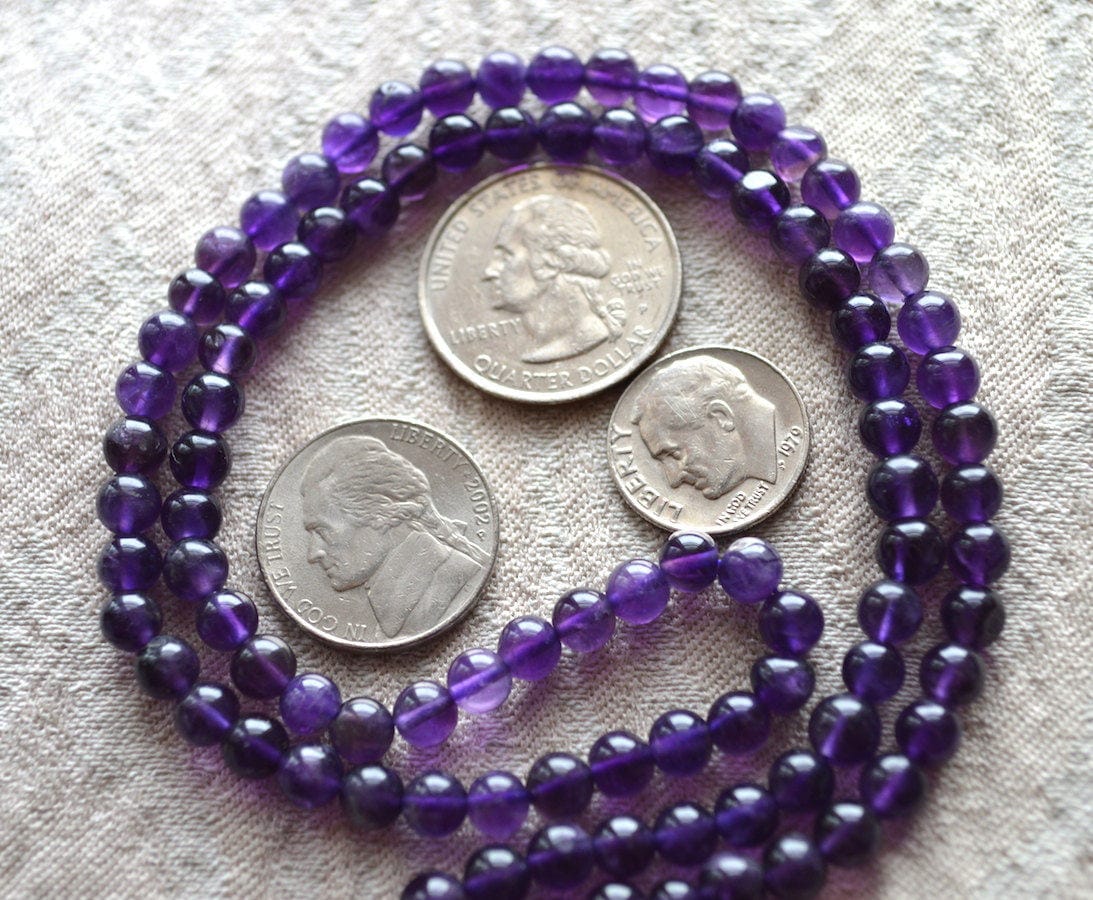 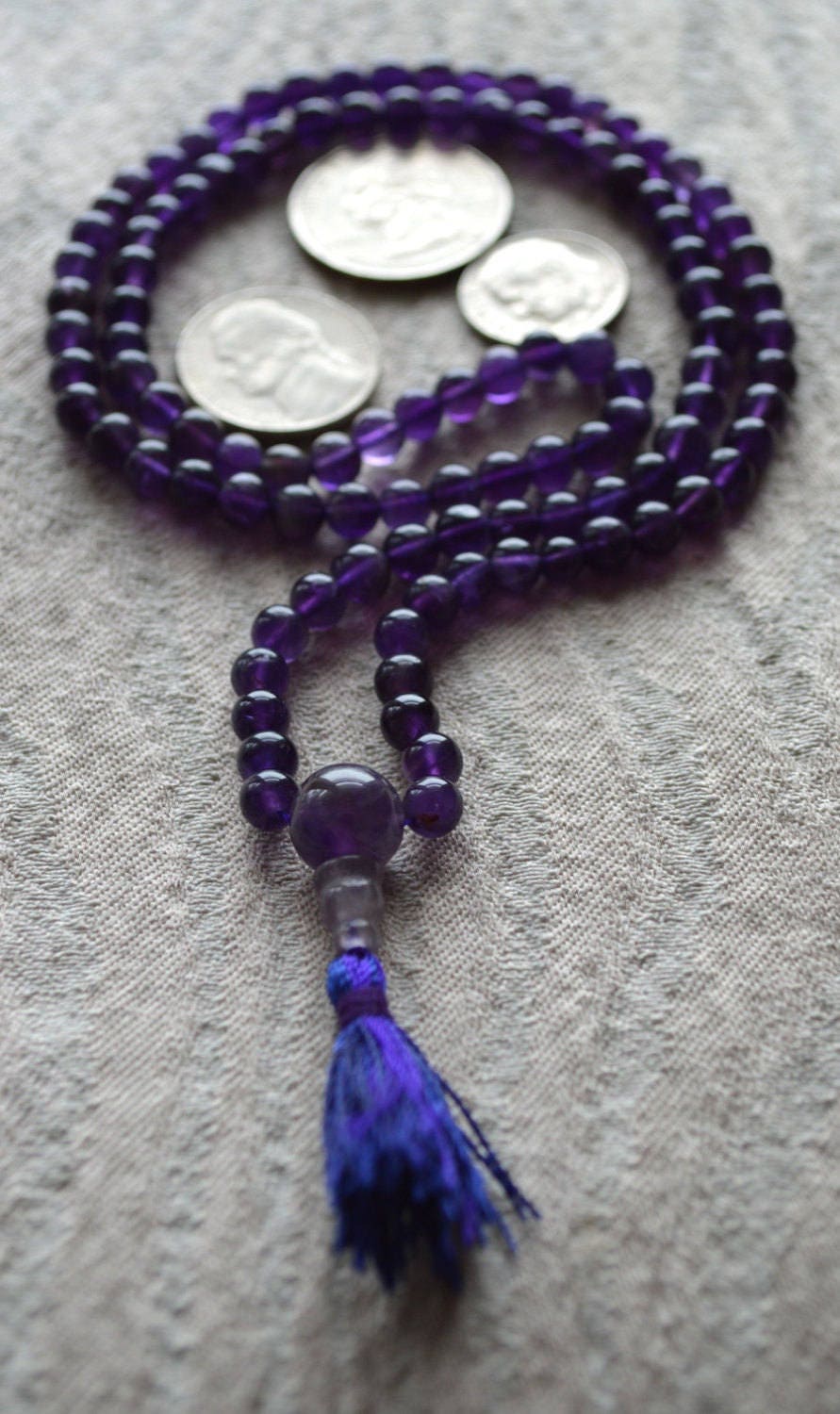 WHAT IS AMETHYST JAPA MALA?

Amethyst is a powerful healer that combines the strengthening and enhancing energies and amplifying power of Quartz with psychic properties and stress relieving qualities of Amethyst. Amethyst is associated with the third eye (brow) or crown Chakra. Amethyst is a gemstone often worn by healers, as it has the power to focus energy. Amethyst exhibits eye-catching patterns of opaque an translucent layers giving it a textured appearance. Amethyst, which is noted in metaphysics to enhance peace of mind, relaxation and self-discovery. Amethyst is said to bring courage and inner strength. It is said in mystical lore to lessen any resistance to helping oneself, particularly as concerns self-awareness. It diminishes addictive tendencies and assists in recovery from addictions. It is a meditative and calming stone. It is a high energy stone that is often used for energising. It protects against psychic attacks and negative energy. It has been identified as a crystal that functions favorably in clearing certain types of blockage and in aligning the 6th & 7th Chakras, which are the Third Eye or Brow (6th) and the Crown (7th). Amethyst is used on the Crown to allow past life recall to emerge and to cure insomnia and nightmares. If used for Japa, Amethyst mala can be used for Japas of Maha Lakshmi, Shani, Maha Kali, Bhairav.

The Mala came beautifully packaged and looked wonderful! I have purchased several items for my wife and she absolutely loves them. Thanks for the wonderful products

These are so beautiful and they feel so good in my hands. As soon as I opened up the package I could feel their energy. Actually, I meant to order the 8 mm beads but I got the 6 mm instead. Nevertheless, I love, love, love these. I am using these to chant the Manjushri mantra om ah ra pa cha na dhi. Great and responsive seller. Highly recommended.