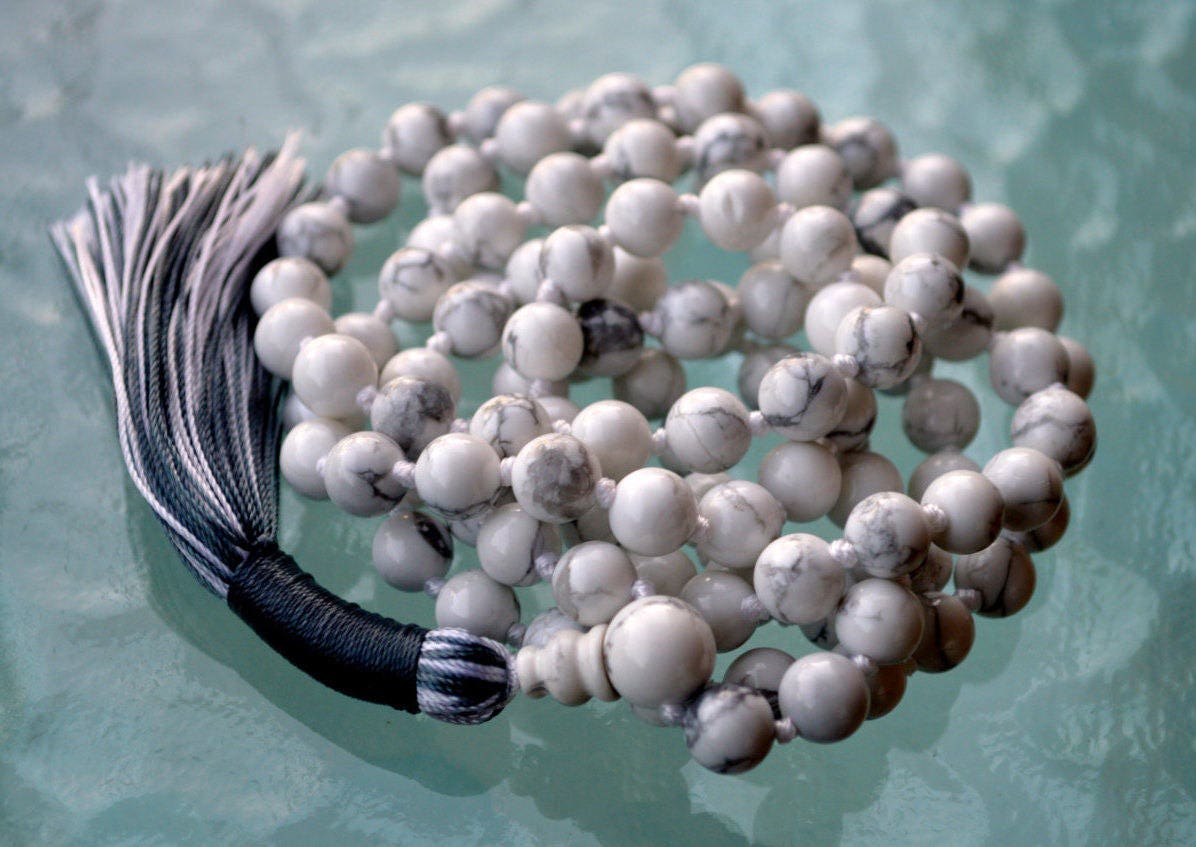 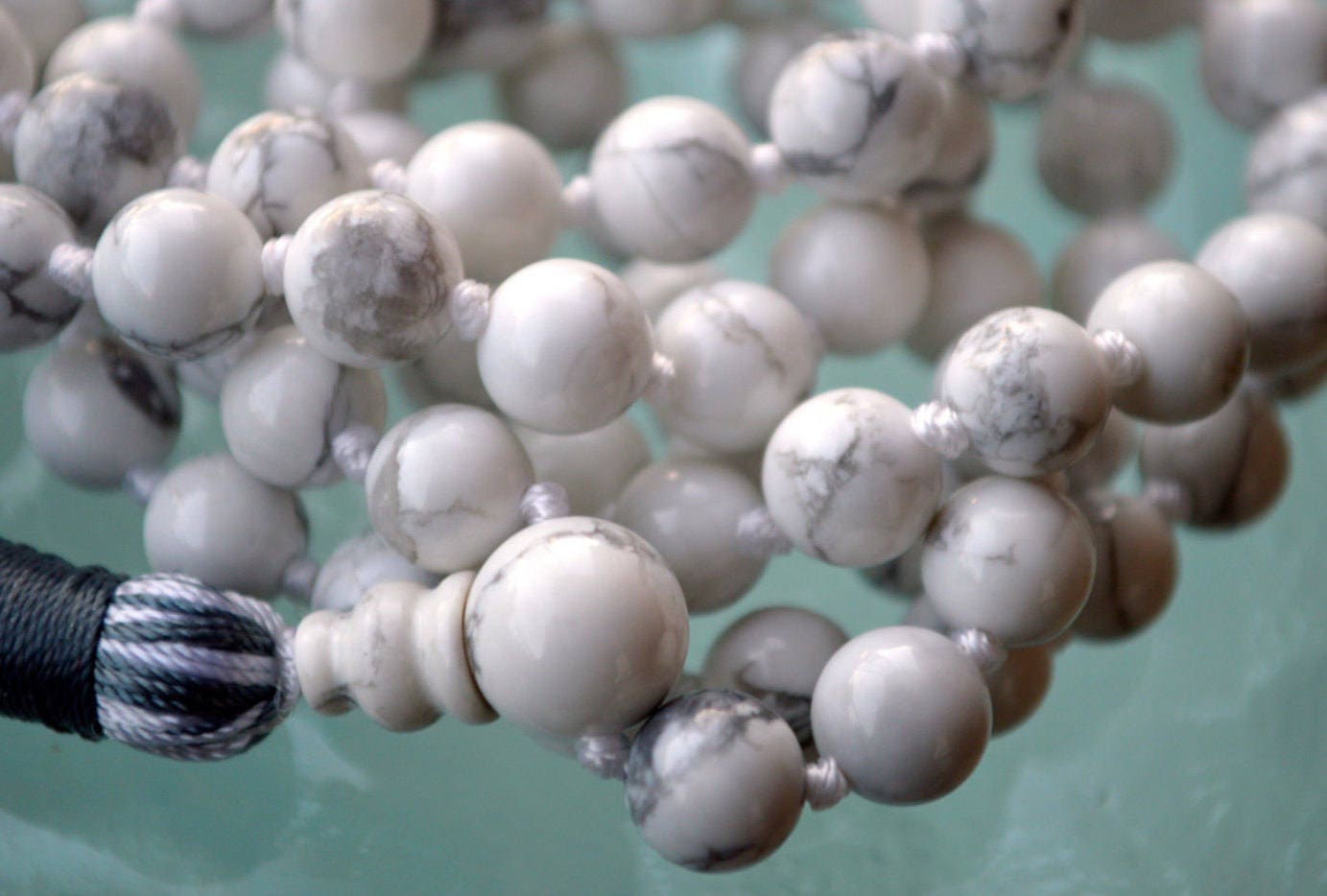 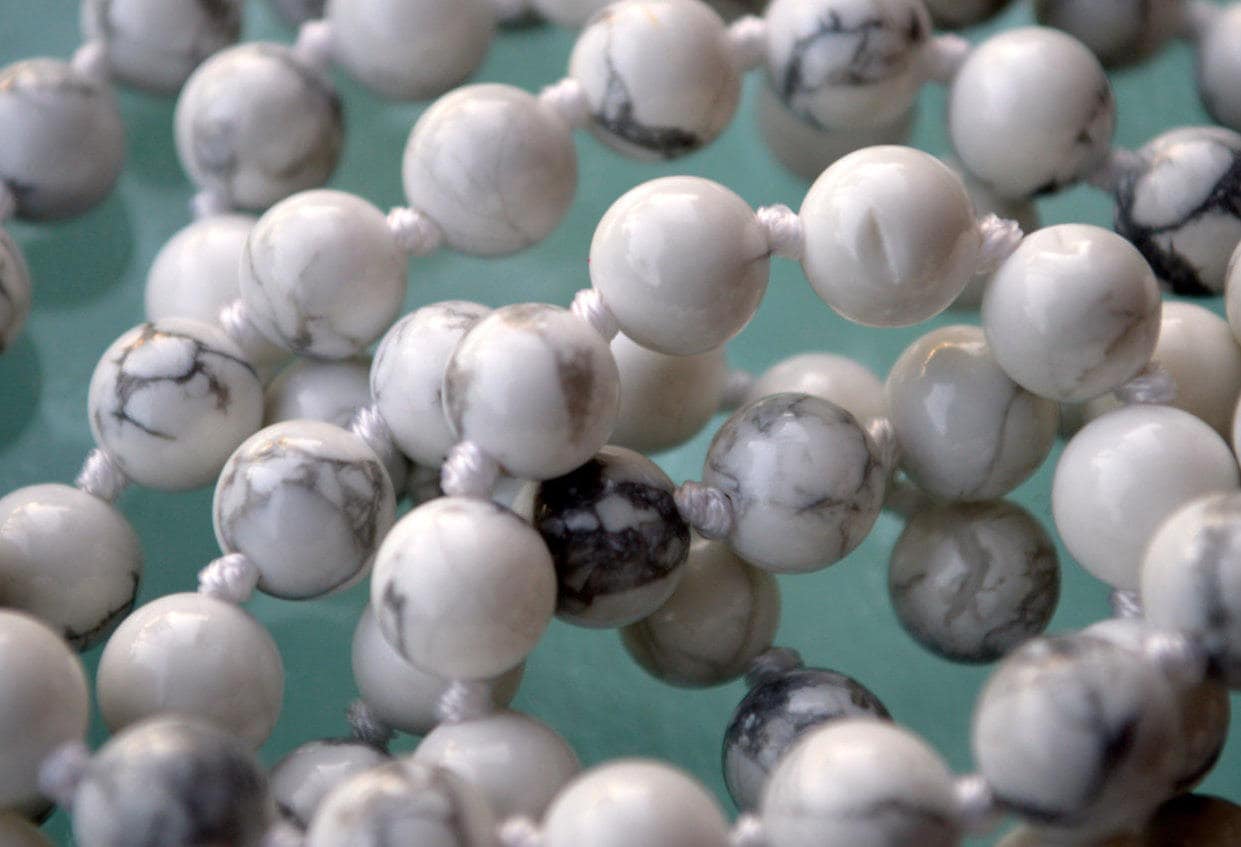 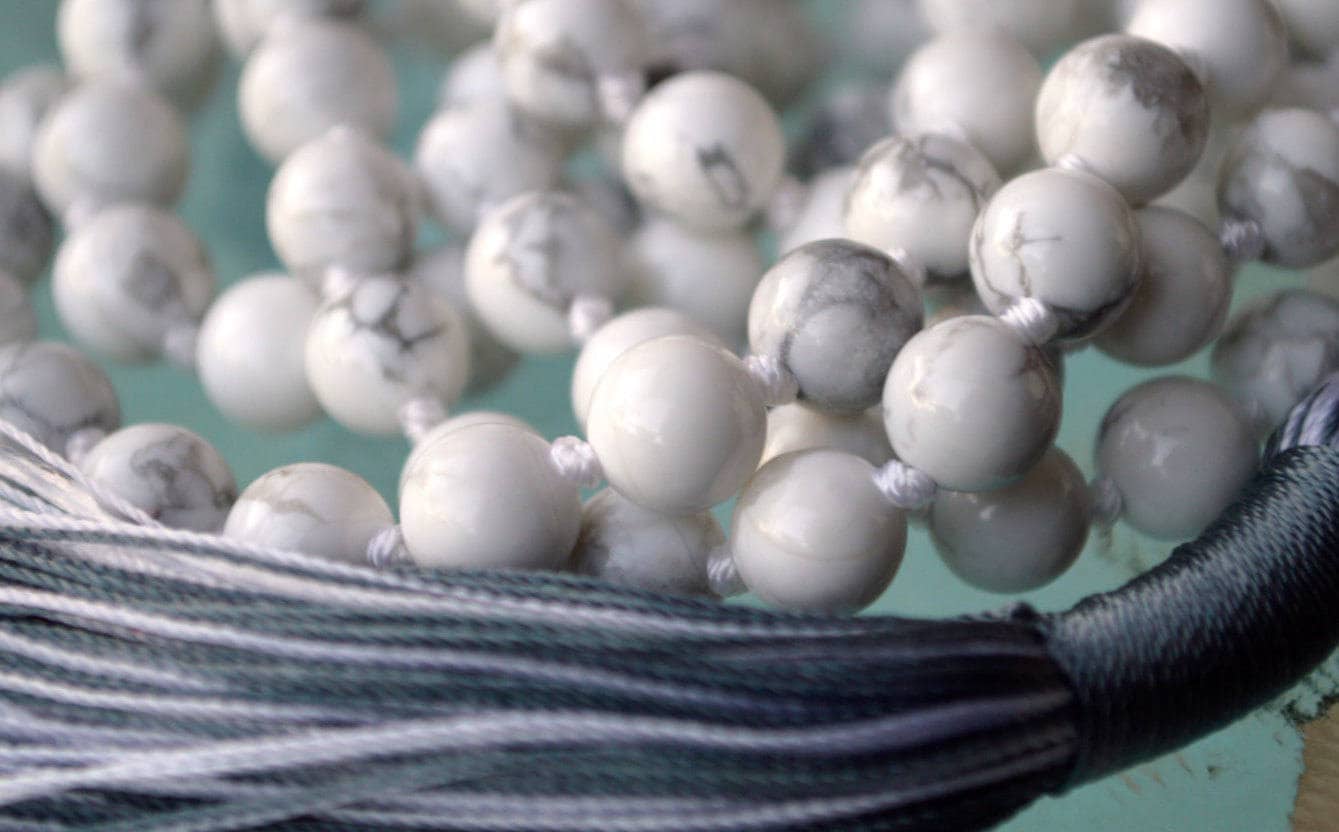 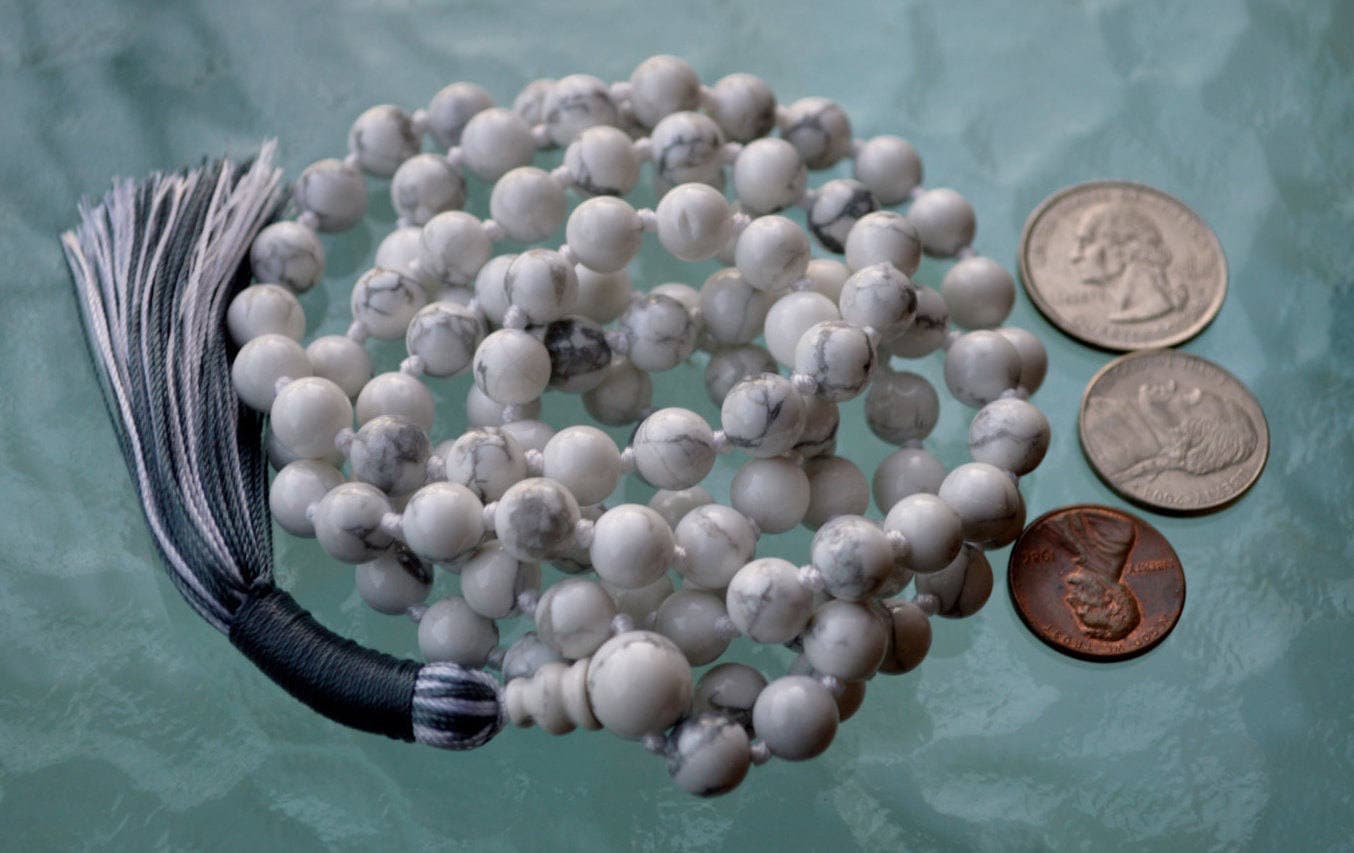 
WHAT IS HOWLITE JAPA MALA?

Howlite is an aid to insomnia, especially when caused by an overactive mind. Formulates ambitions and aids in achieving them. Howlite strengthens memory and stimulates desire for knowledge. It teaches patience and helps to eliminate rage, pain and stress. Calms communication, facilitates awareness and encourages emotional expression. Howlite balances calcium levels in the body. It aids teeth, bones and soft tissue. Howlite resonates with the 7th Chakra and is known for it's deeply calming influence. Especially helpful for insomnia. Assists with accessing the spiritual dimensions, preparing for attunements, and past life regression. Absorbs anger, eliminates rage and teaches patience. Connects to inspiration and ambition.
THE MALA HAS BEEN HAND KNOTTED (KNOT BETWEEN EACH BEAD).

Handmade with Love, Positive Energy Vibes and Mantras in USA: Total beads 108+1. Please note that Slight variations in Bead Size, Shape, color and texture do commonly occur, adding to the artistic quality of each individual item. . Useful as a gift and energizing body chakras.