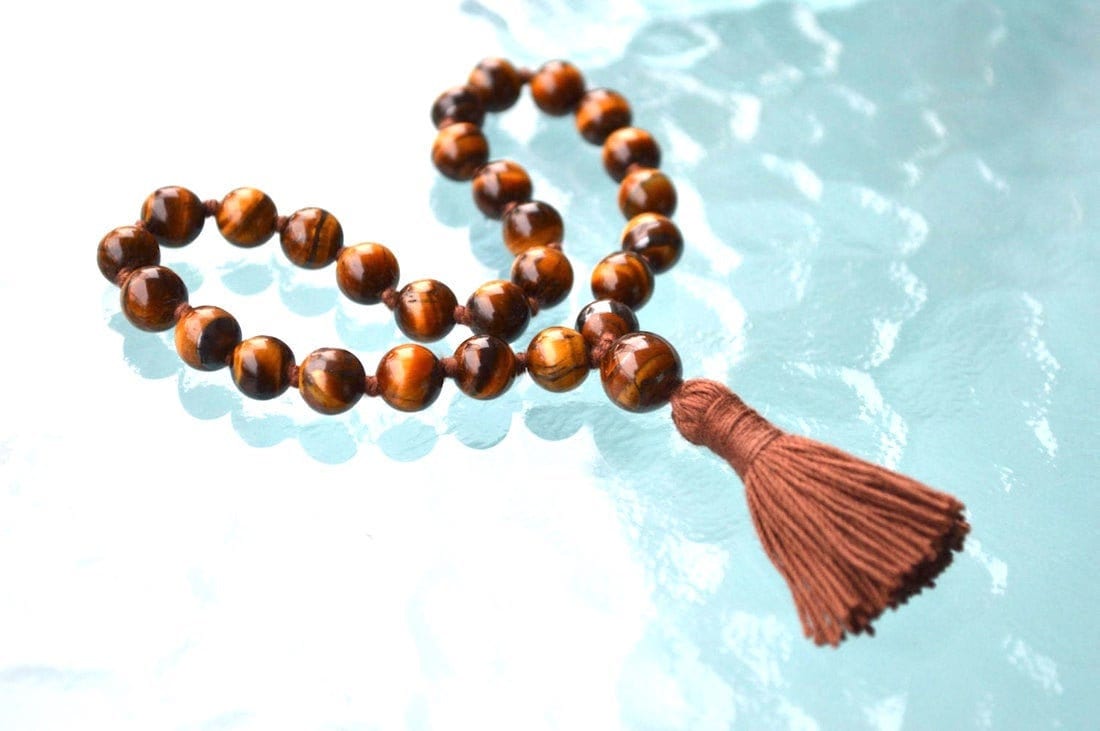 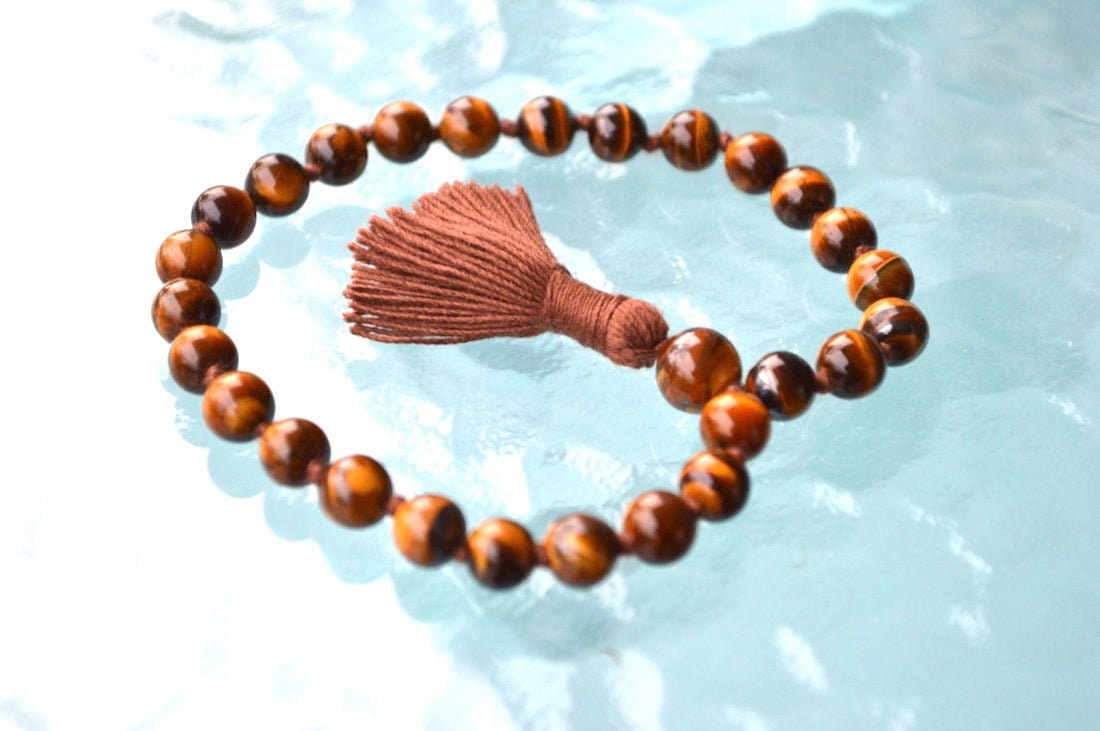 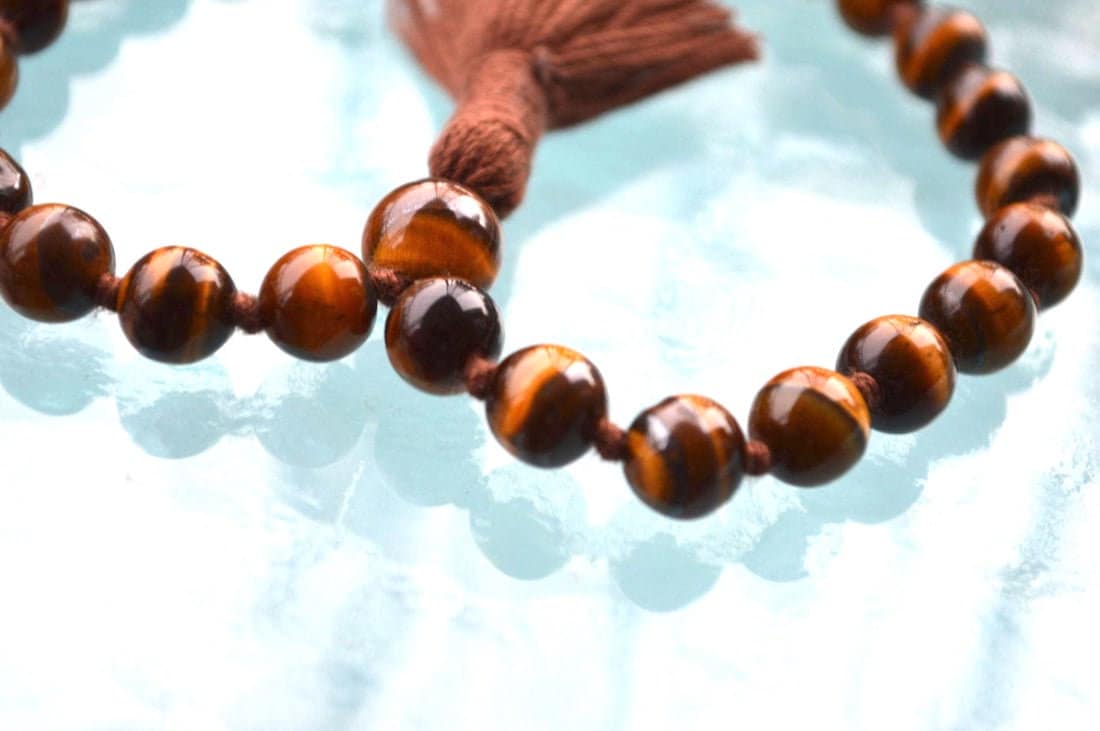 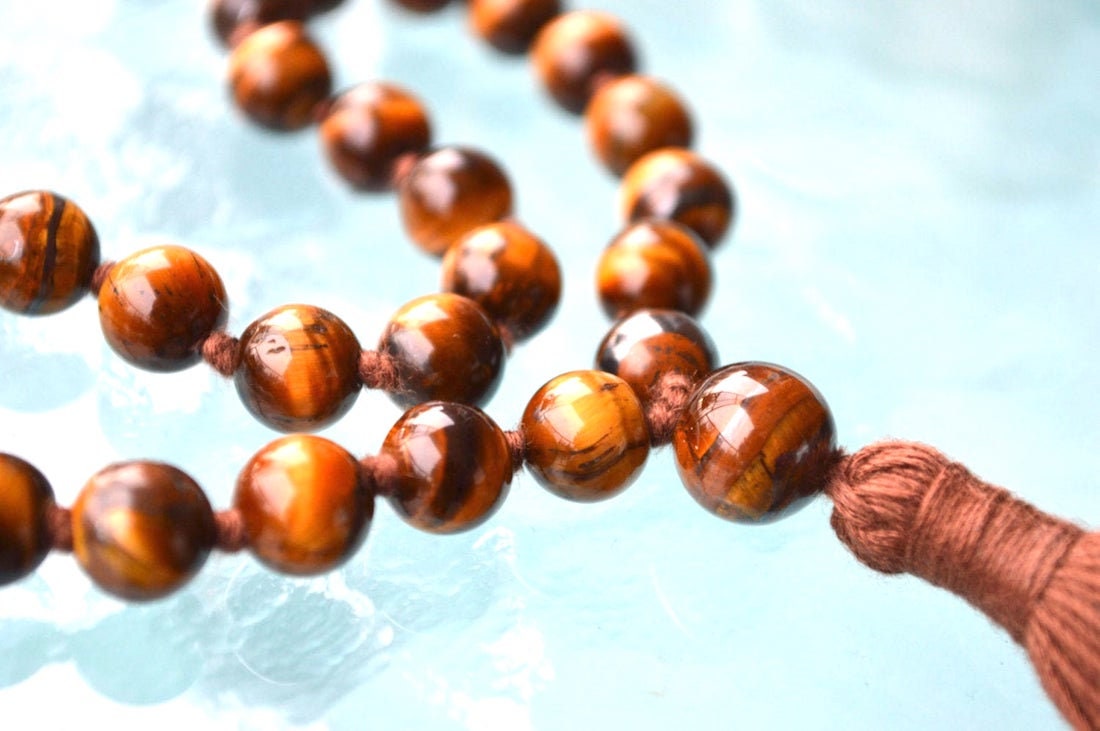 TIGER'S EYE LETS YOU SEE EVERYTHING. USE THE CAT'S EYE FOR INSIGHT AND YOU CAN BE A VERY LUCKY PERSON. WHEN USED IN JEWELRY THE CAT'S EYE MAY BRING GOOD LUCK AND PROTECTION.
EACH KNOT BETWEEN BEADS DONE BY RECITING MANTRAS WITH POSITIVE VIBES & ENERGY TO INFUSE MAXIMUM POWER.

My third purchase. Now I have a japa mala, pocket japa mala and bracelet. They are so perfect and my most treasured spiritual accompaniments!