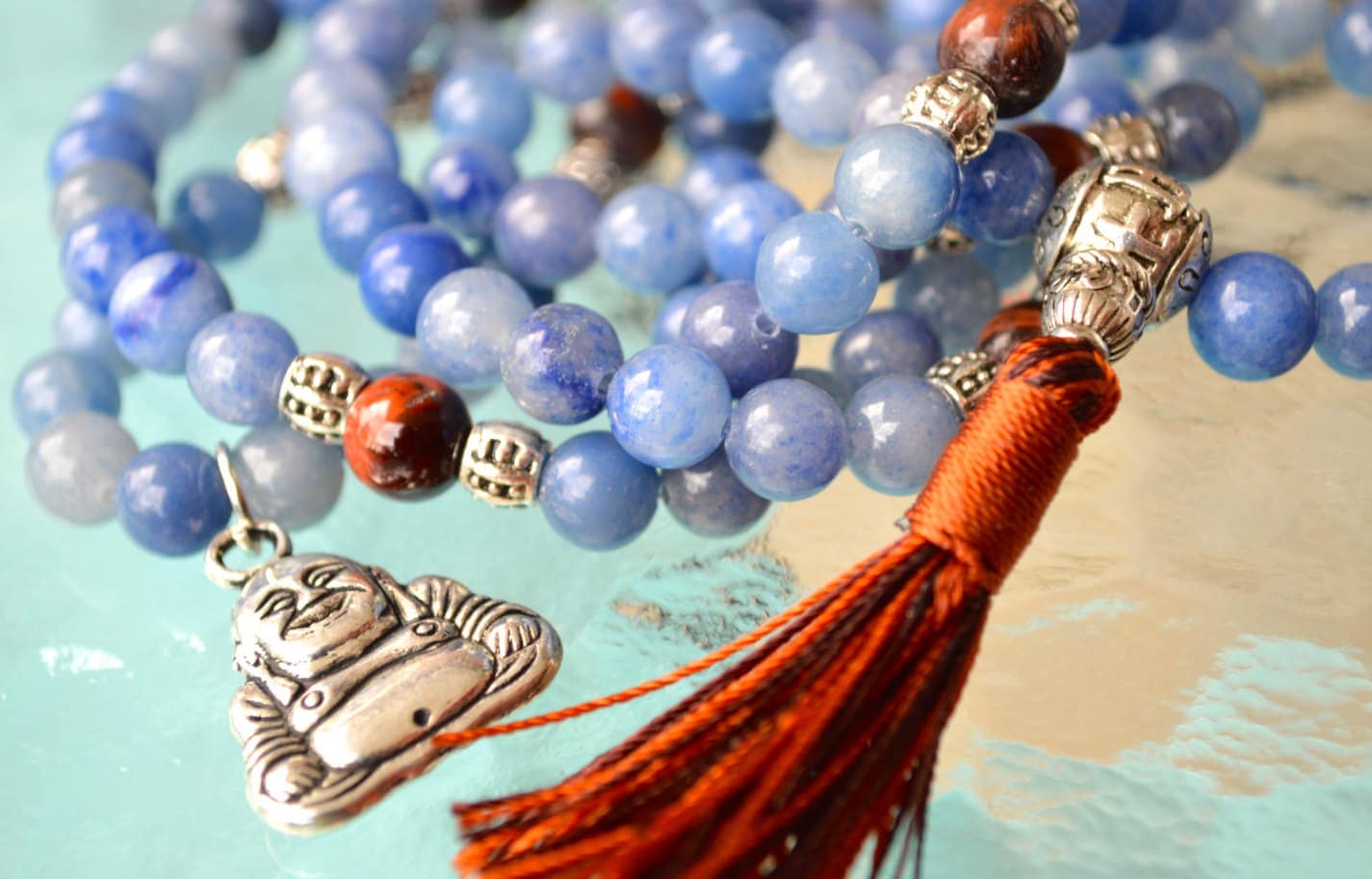 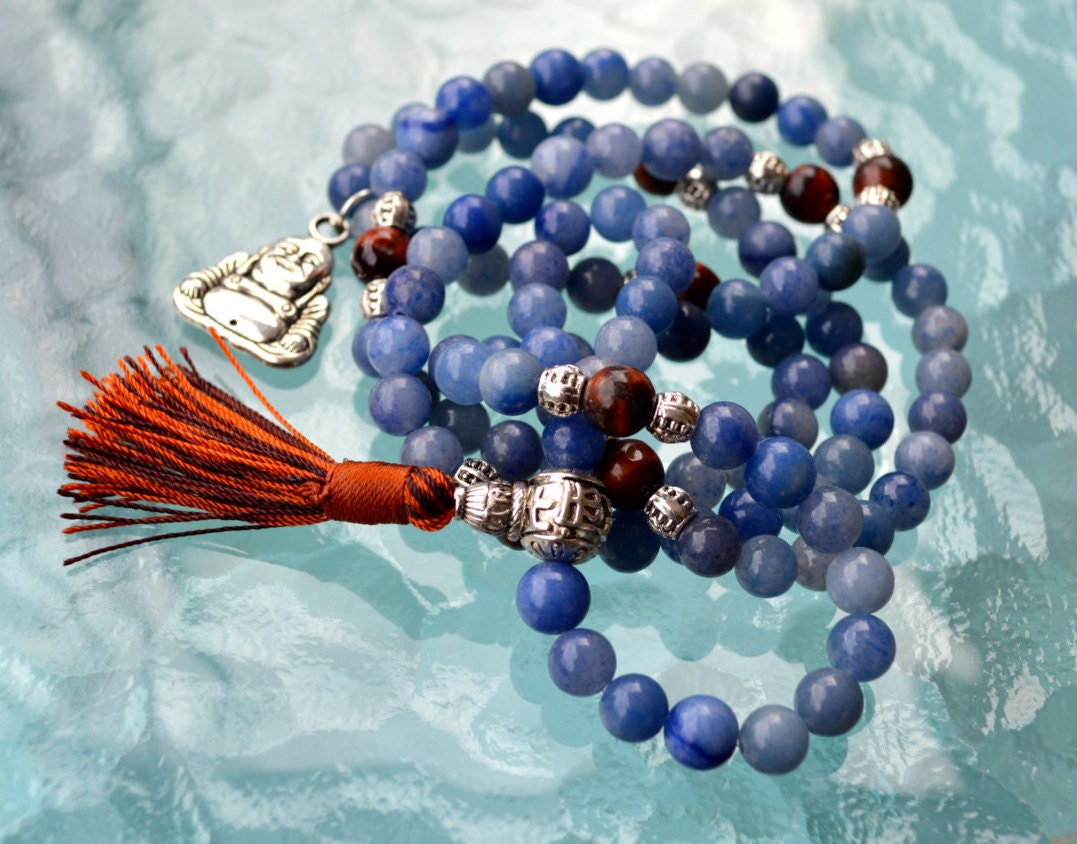 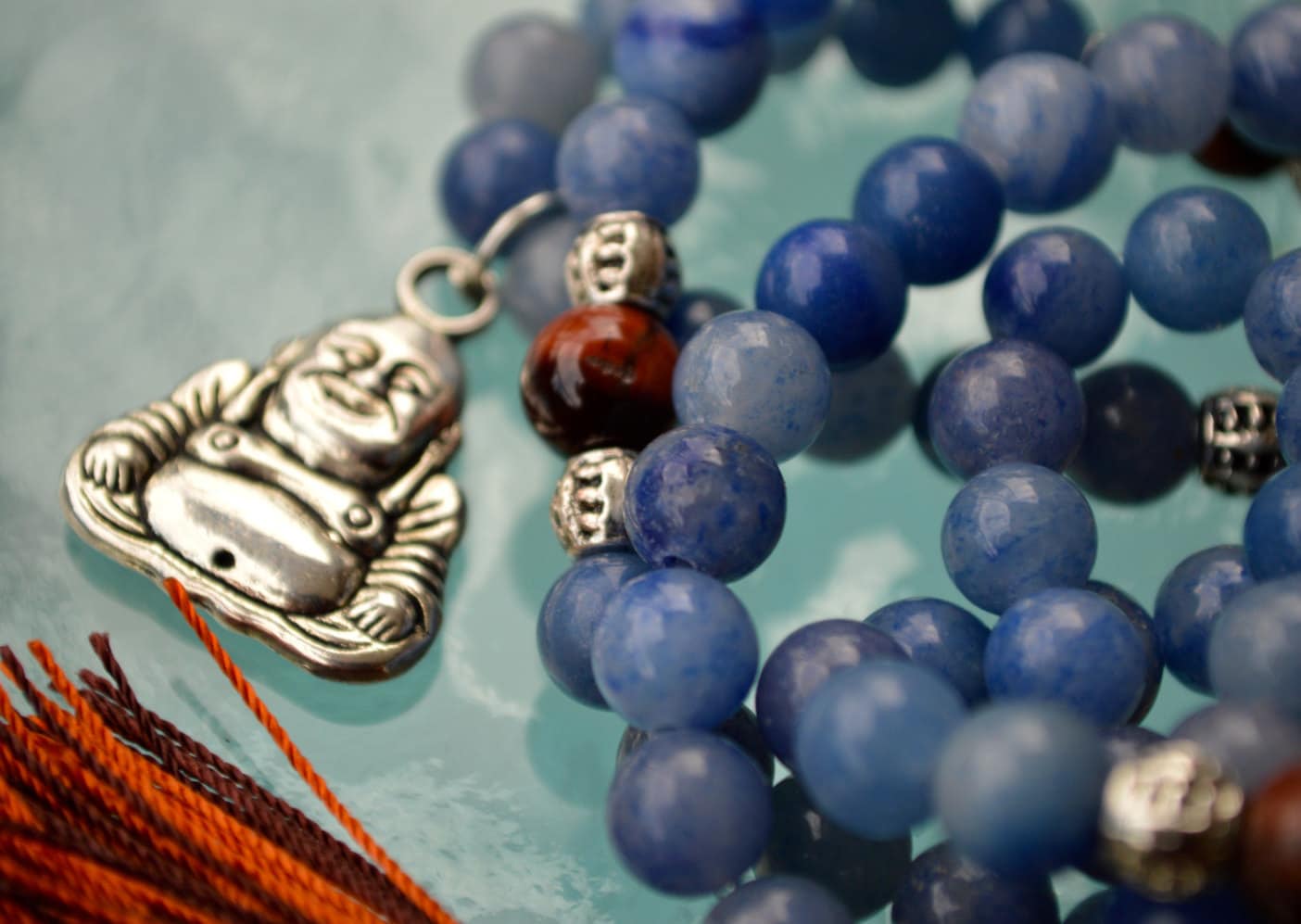 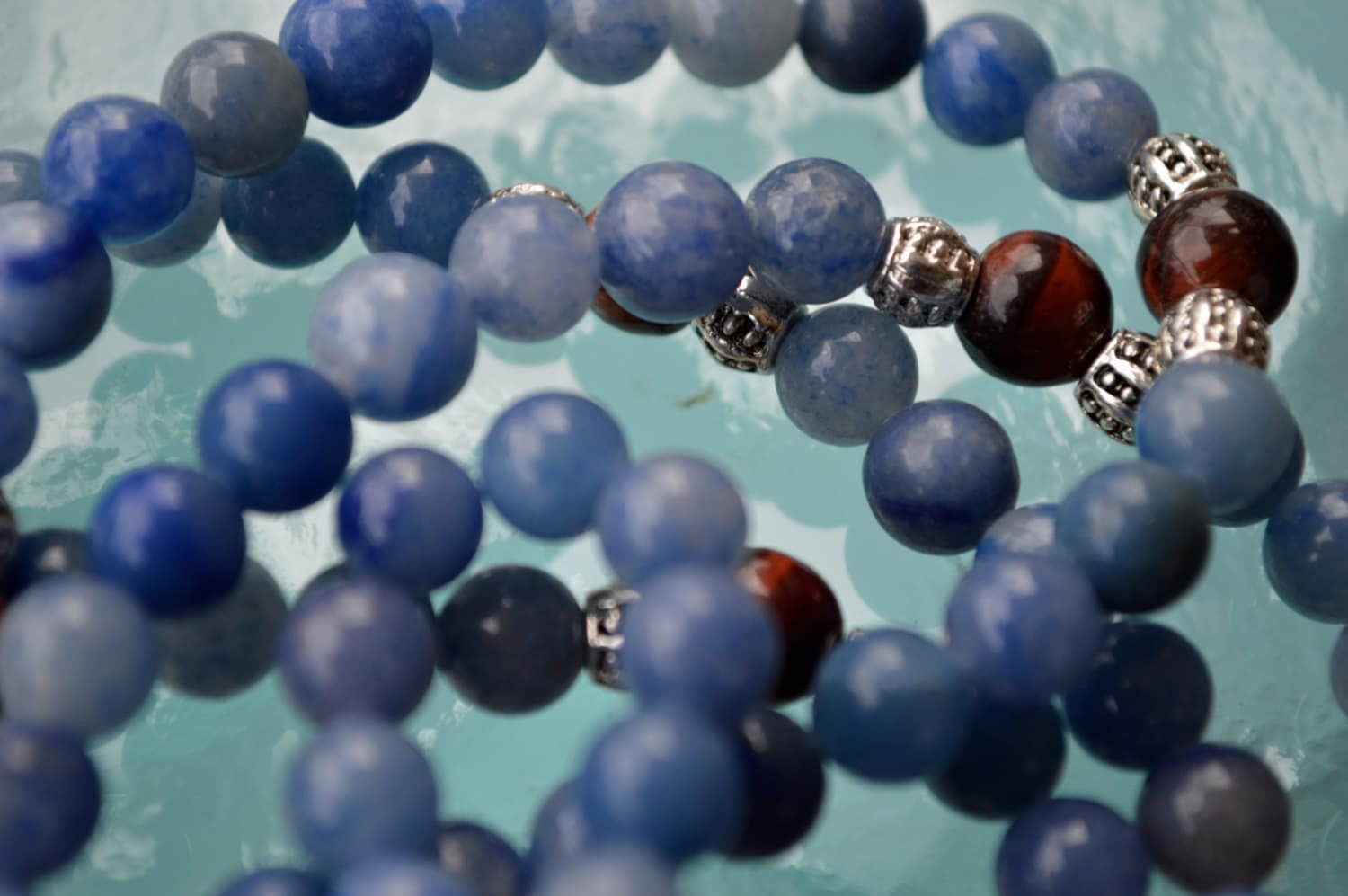 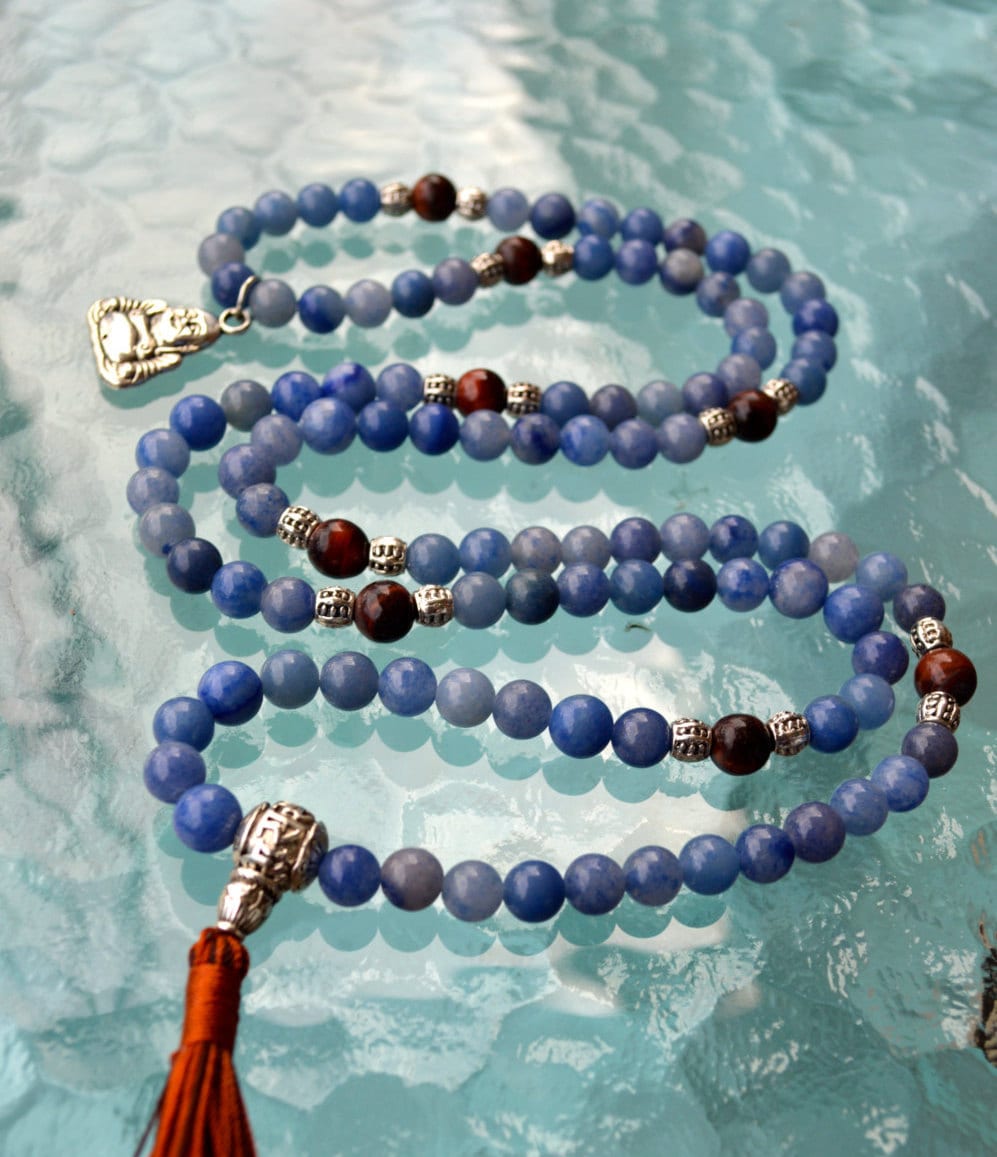 Aventurine: An Aventurine mala helps promote healthy new growth that is based on the heart's love. Aventurine is an excellent leadership gemstone for it helps build community. This prayer bead mala is also useful to work with when undergoing chemotherapy for it helps pull out the chemical toxins and helps the body rebalance. Radiating a calming energy, aventurine is used in shielding the heart and in healing and balancing the emotions. Aventurine further stimulates creativity and independence. It enhances leadership qualities allowing the wearer to act decisively, and strengthens intuitive power. It is especially useful for healing and for good luck. Green Aventurine: Is said to reinforce decisiveness and it is also believed to amplify leadership qualities and instinctive action. The stone is thought to bestow emotional tranquility, positive attitudes towards life, independence, health and well being. Chant or simply wear this Green Aventurine Mala to benefit from all the gemstone properties.


WHAT IS TIGER EYE JAPA MALA?