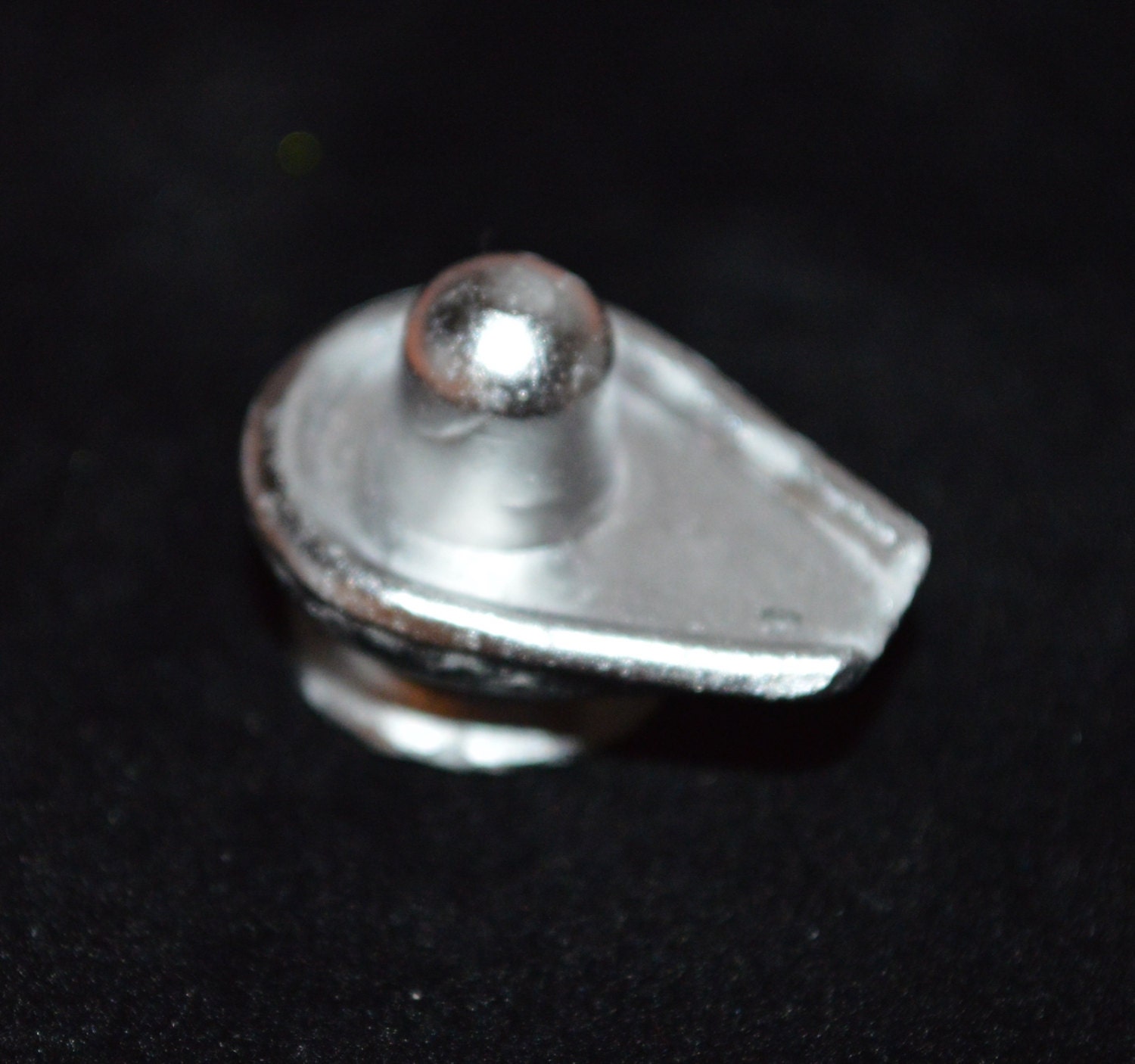 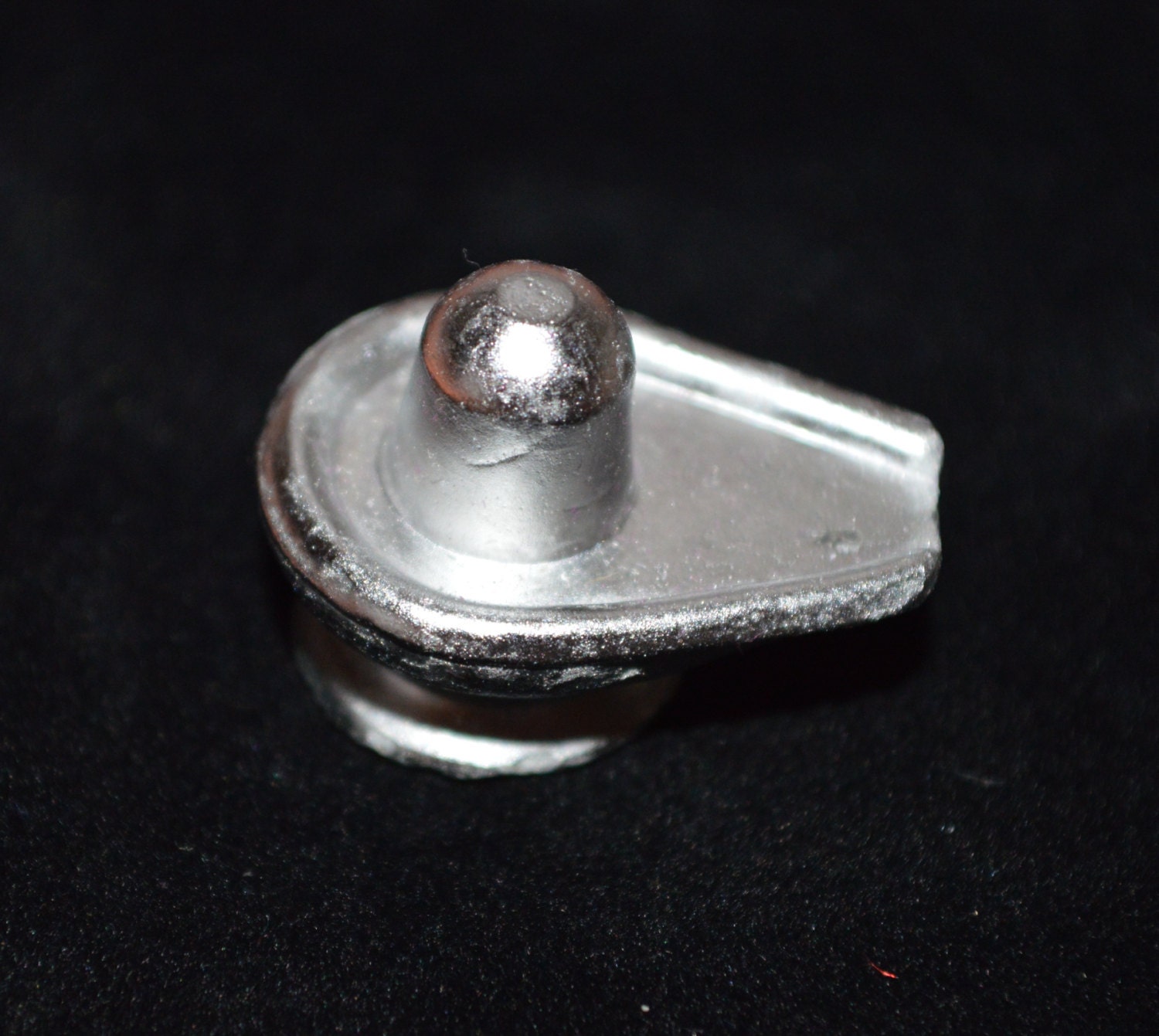 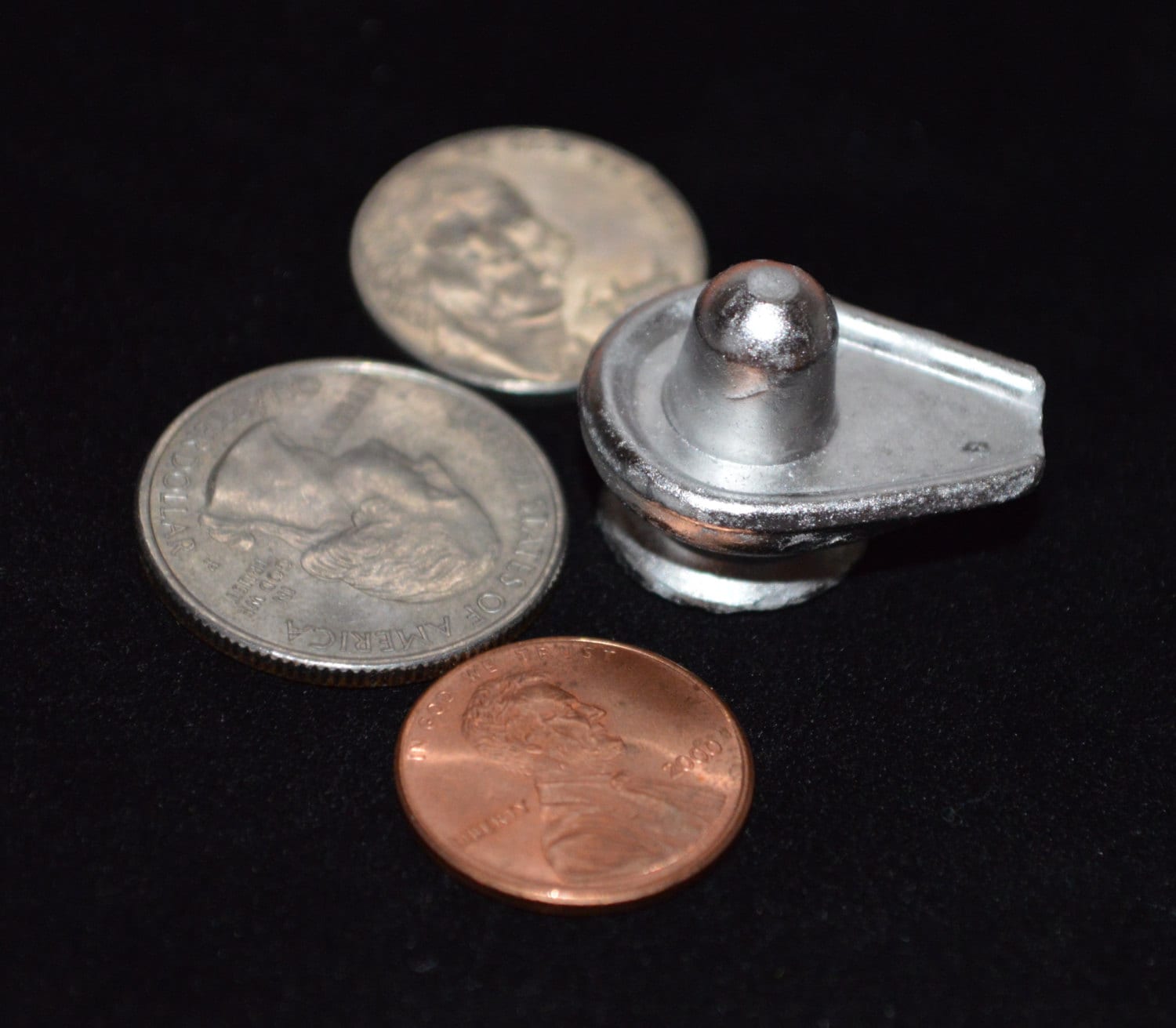 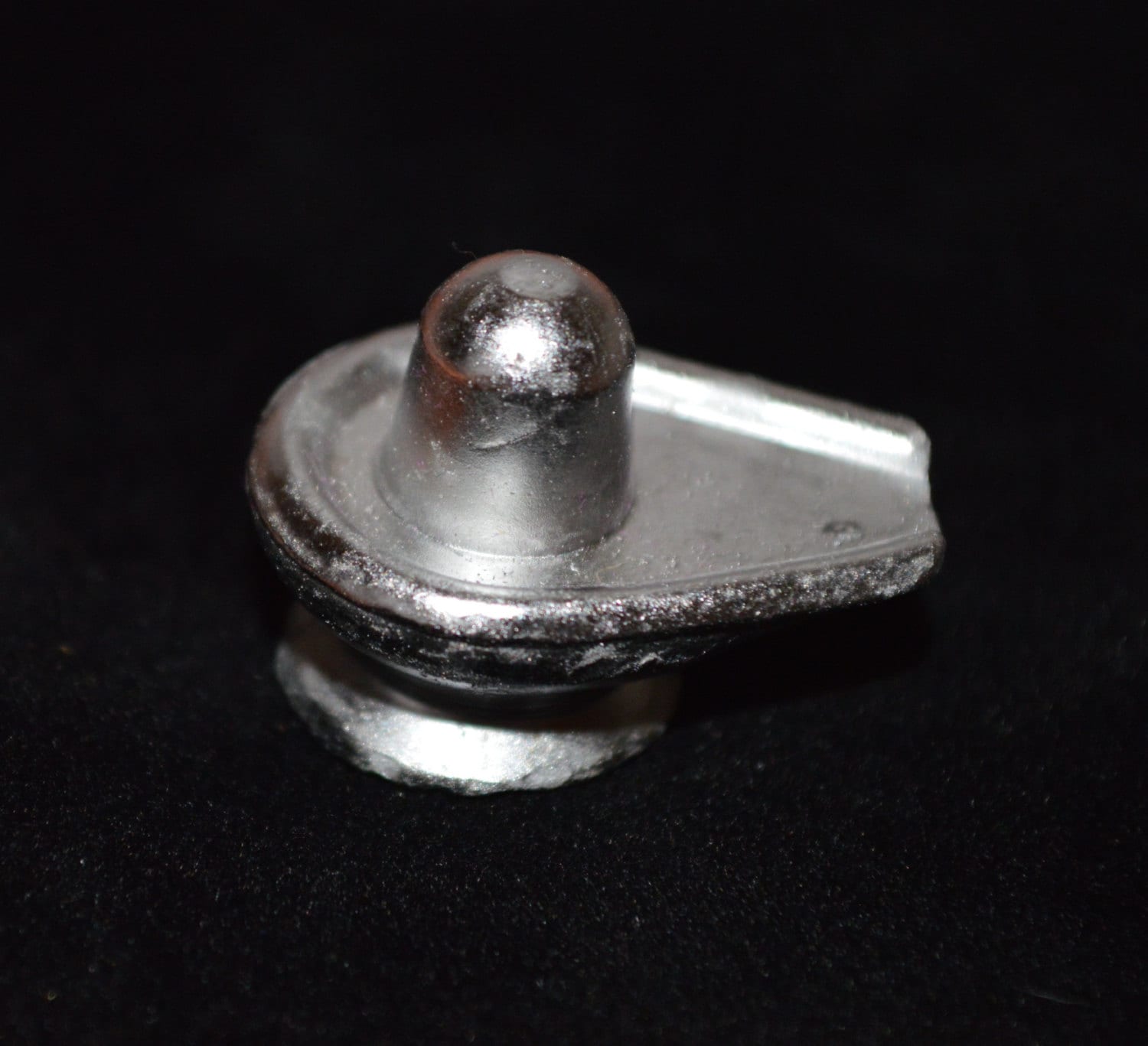 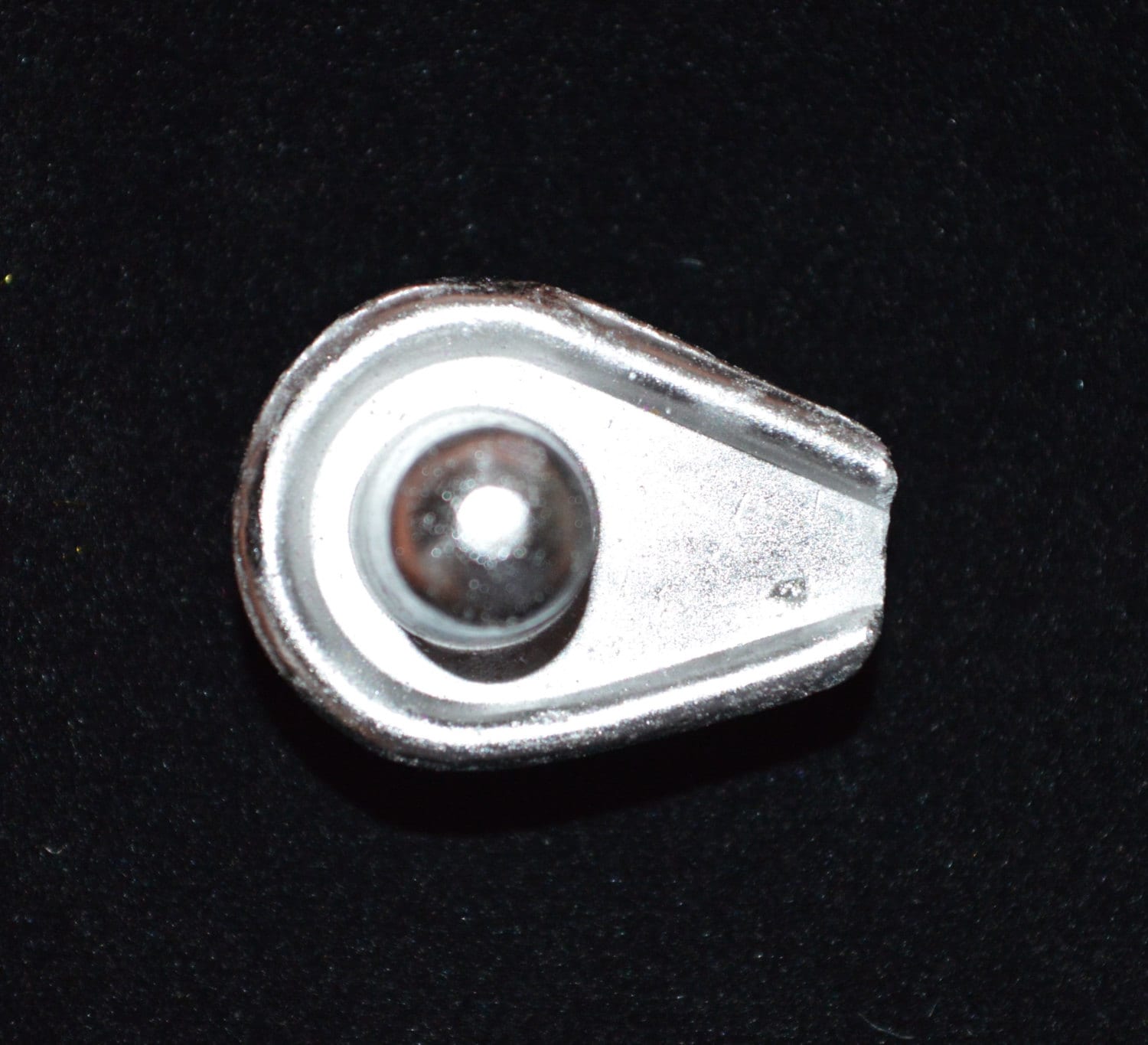 Awaken Your Kundalini Shiva is not worshipped in human form (Murthi Puja) Shiva is worshipped in Linga form. The Linga is symbolic representation of Nameless formless infinite and absolute nature of ultimate reality. The Linga was designed to represent Unity of God, (the upper cyclindrical part) his supremacy over the three Gunas of Prakrthi (the three stripes in lower part of any properly sculpted Linga)

Para Statues or Mercury Statues which have wide religious and medical importance. Each piece is crafted by our team of skilled craftsmen, using utmost dedication and skills to ensure superior quality. Our products are very popular among the clients for greater finish, quality, authenticity and cost-effectiveness.

-IDEAL TO KEEP IN TEMPLE

-VERY AUSPICIOUS TO DO SHIVA POOJA.

The lingam (also, linga, ling, Shiva linga, Shiv ling, Sanskrit लिङ्गं, liṅgaṃ, meaning "mark", "sign", "gender", "phallus", "inference" or "eternal procreative germ") is a representation of the Hindu deity Shiva used for worship in temples. Whether the lingam symbolizes the physical body of the god or something purely spiritual is the topic of many a century-old debate within Hinduism.

The lingam has been interpreted as a symbol of male creative energy or of the phallus though today most Hindus view the linga as a symbol of divine energy rather than as a sexual symbol. The lingam is often represented with the yoni, a symbol of the goddess or of Shakti, female creative energy.The union of lingam and yoni represents the "indivisible two-in-oneness of male and female, the passive space and active time from which all life originates".The lingam and the yoni have been interpreted as the male and female sexual organs since the end of the 19th century by some scholars, while to practising Hindus they stand for the inseparability of the male and female principles and the totality of creation.

The Hindu scripture Shiva Purana describes the worship of the lingam as originating in the loss and recovery of Shiva's phallus, though it also describes the origin of the lingam as the beginning-less and endless pillar (Stambha). The Linga Purana also supports the latter interpretation as a cosmic pillar, symbolizing the infinite nature of Shiva. Shiva is pictured as Lingodbhava, emerging from the Lingam - the cosmic fire pillar - proving his superiority over gods Brahma and Vishnu.

The Sanskrit term लिङ्गं liṅgaṃ, transliterated as linga, has diverse meaning ranging from gender and sex to philosophic and religions to uses in common language, such as a mark, sign or characteristic. Vaman Shivram Apte's Sanskrit dictionary provides many definitions:

A mark, sign, token, an emblem, a badge, symbol, distinguishing mark, characteristic;
A false or unreal mark, a guise, disguise, a deceptive badge;
A symptom, mark of disease
A means of proof, a proof, evidence
In logic, the hetu or middle term in a syllogism
The sign of gender or sex
In grammar, gender
The genital organ of Shiva worshiped in the form of a Phallus
The image of a god, an idol
One of the relations or indications which serve to fix the meaning of a word in any particular passage
In Vedānta philosophy, the subtle frame or body, the indestructible original of the gross or visible body
A spot or stain
The nominal base, the crude form of a noun
In Sāk philosophy, Pradhāna or Prakriti
The effect or product of evolution from a primary cause and also as the producer
Inference, conclusion

Blessed and Energized with proper Mantras, Puja's and Spiritually activated by SWAMI BUDHIRAJA to give best results. Since a Yantra or Mala is a Man-Made object, it requires energization to infuse potency and power to benefit the owner. Before sending the Yantras or Mala, we get Pran Pratishtha (Energization) done by learned Pandits (Priests) without any extra charges. This is done by reciting Mantras as prescribed by Vedas, as well as Homa for the respective Devi/Devta (God/ Goddess) as per Purpose of Yantra or Mala. ONLY WATER FROM RIVER GANGA (GANGES) IS USED FOR THE ENERGIZATION PURPOSE. Approx. SIZE: 1.5-2"X3/4-1"; QUARTZ CRYSTAL (SAFTIK) WEIGHT: 32 GMS APPROX.

Thank you for this piece... the universe helped me find it. I can and have already felt its divine energy touch my life!

Item is heavy & nice but it is very small than i thought it would be . Otherwise product is great quality

This Shivling is beautiful. Namaste.