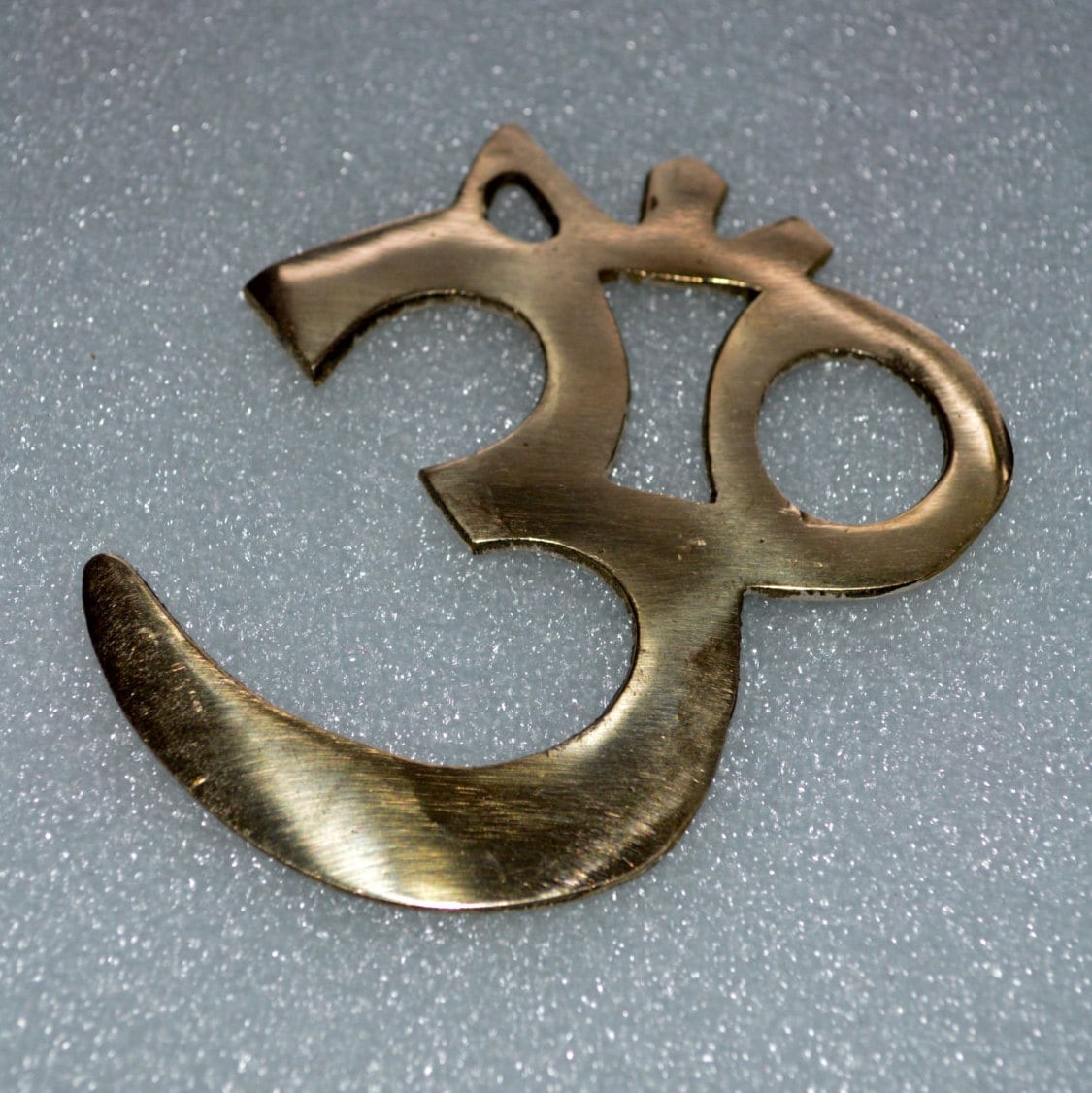 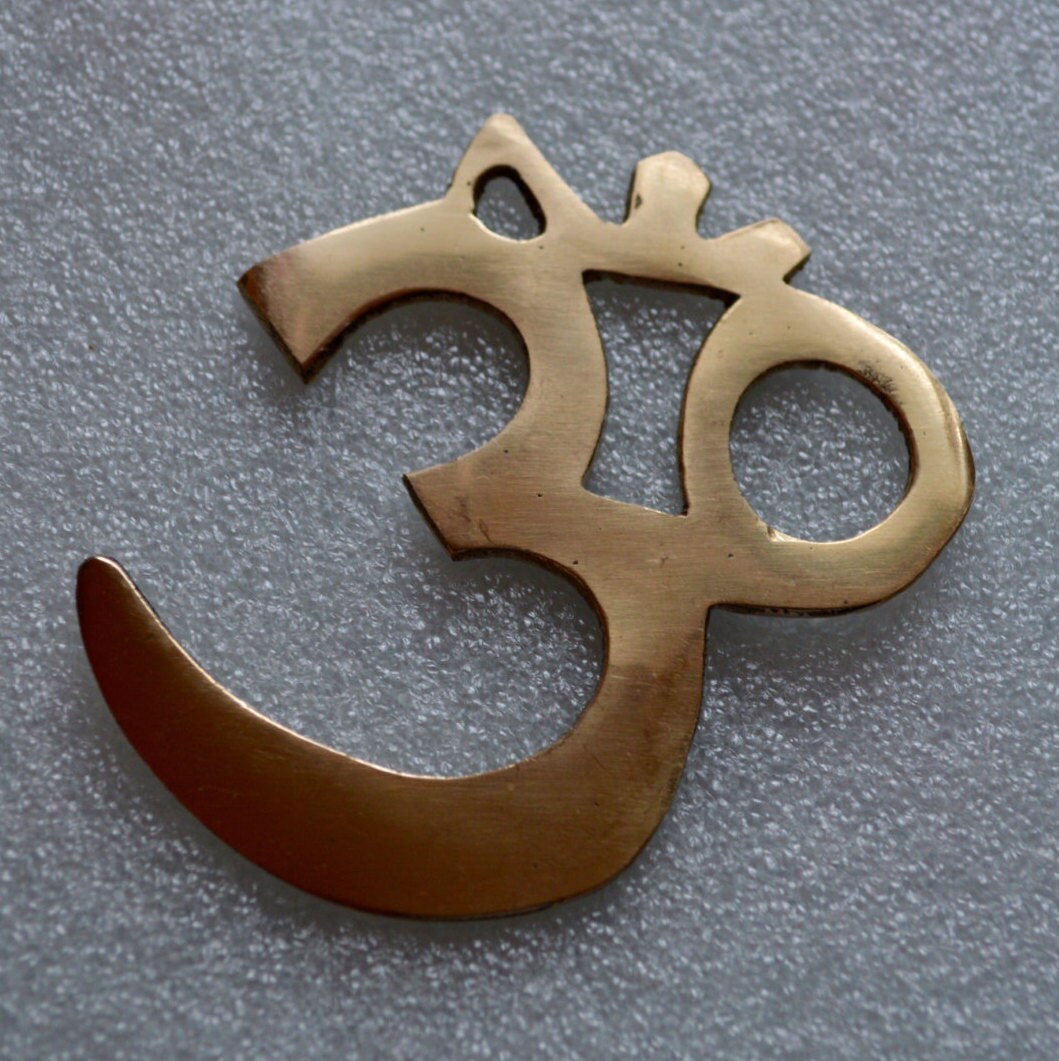 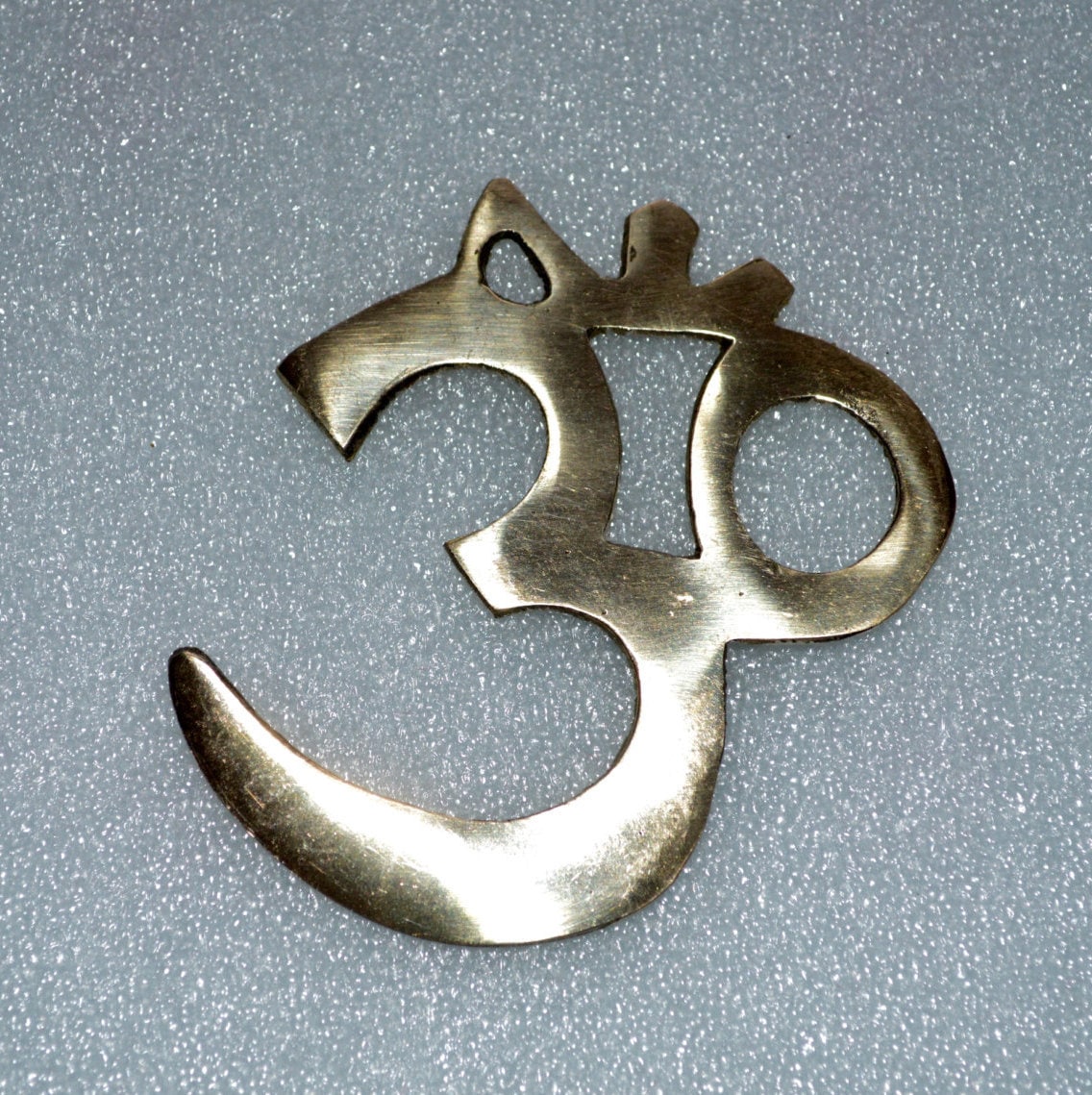 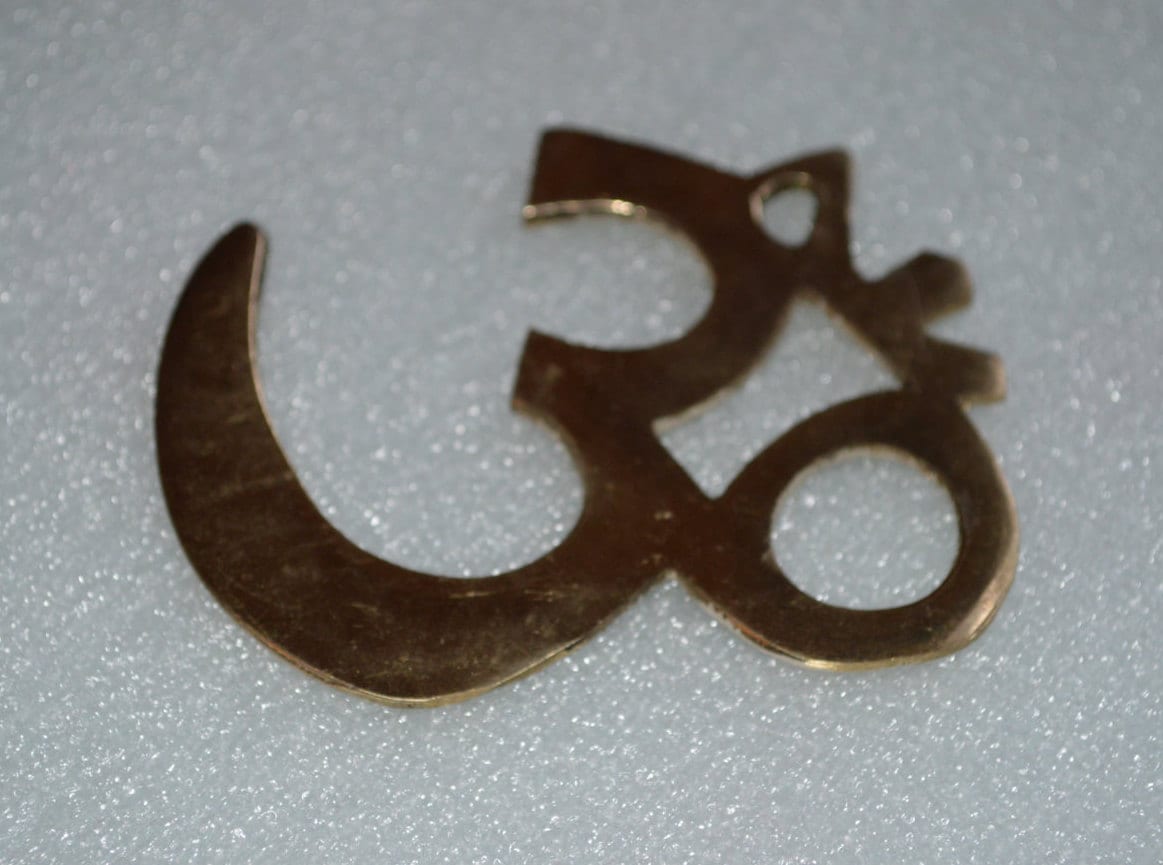 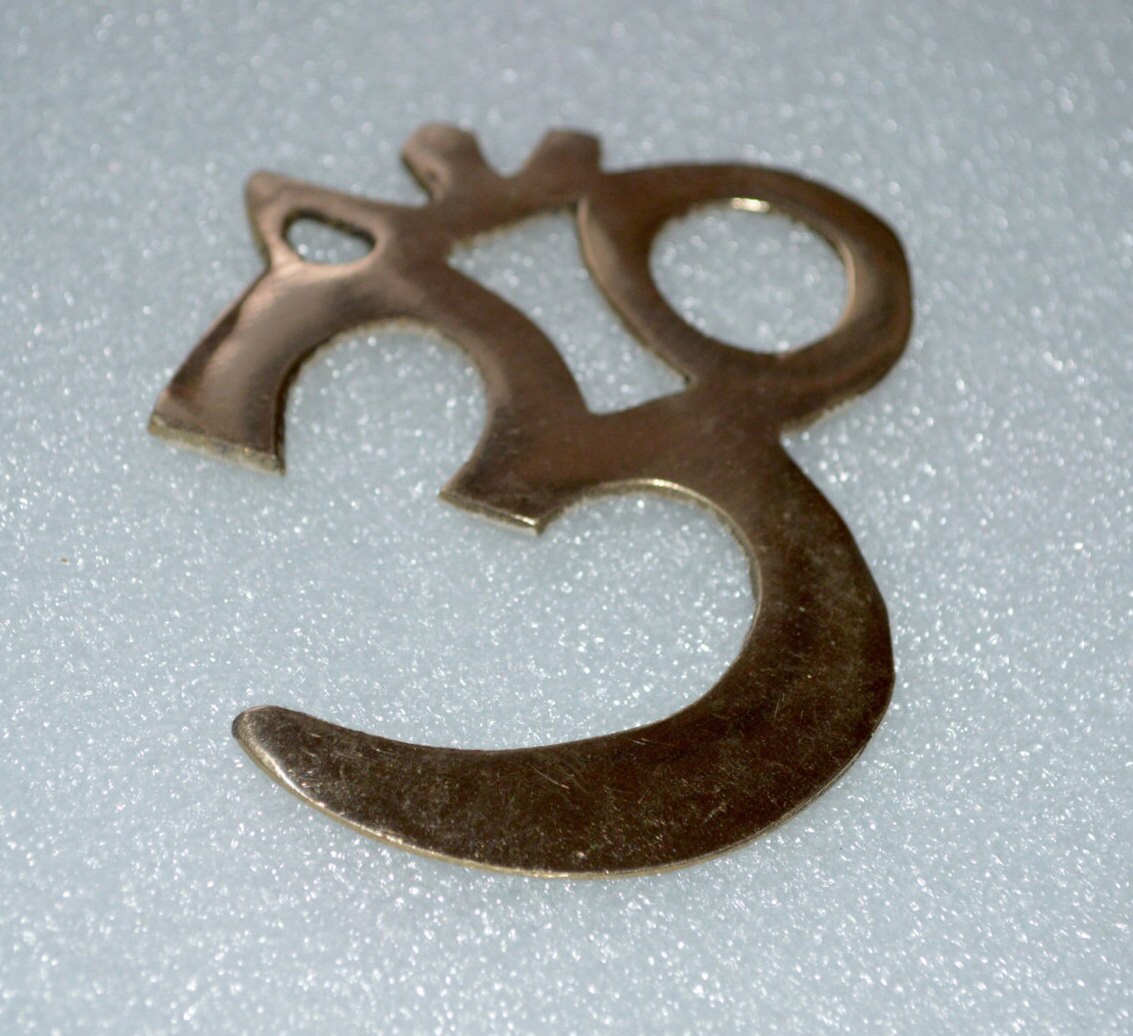 
OM is considered to be the 'primordial sound'. Even before the material creation came into existence there was only the natural humming energy which resembled the sound of OM. The OM mantra has been mentioned in many of the ancient texts related to yoga. In the Upanishads, OM is mentioned as being the same as Brahman (the supreme consciousness). Meaning of OM The Sanskrit word OM (also written as AUM) is a composite of three letters "A" (? - like the first sound in 'aware' , "U" (? -as in 'foot' and "M" (?? - as the last sound in 'mum'). According to MU, the three letters A, U and M represent the waking, dream and deep sleep states. The silence between successive repetitions of the mantra represents the fourth state called 'turiya' (literally the 'fourth' in Sanskrit), a state that transcends these three states. These three states correspond to the conscious, sub-conscious and unconscious states of the mind. A few other commonly mentioned interpretations of the letters A, U and M are given below: According to yoga, Samkhya and many other scriptures, the whole material creation, including human mind and body are a manifestation of the 'mula prakriti' (primordial nature) which is composed of the three gunas - sattva, rajas and tamas. The three letters of OM thus correspond to the three gunas as follows: A = tamas (darkness, inertia, ignorance) U = rajas (passion, activity, dynamism) M = Sattva (purity, truth, light) The silence between the two AUM sounds represents the pure consciousness, a state which transcends the three gunas (called 'trigunaatit' - beyond gunas) A = Brahma (the creator), U = Vishnu (the sustainer) and M = Shiva (the destroyer); the silence between two OMsounds = the substratum or the reality that lies beyond the trinity A = Present, U = Past, M = future; silence between sounds = the reality beyond time and space.
After Pran Pratishta, yantra should be placed at puja place or in house temple on wooden Base.

Blessed and Energized with proper Mantras, Puja’s and Spiritually activated by SWAMI JI to give best results. Since a Yantra is a Man-Made object, it requires energization to infuse potency and power to benefit the owner. Before sending the Yantras or Malas, we get Pran Pratishtha (Energization) done by learned Pandits (Priests). This is done by reciting Mantras as prescribed by Vedas (Hindu Holy Books), as well as Homa for the respective Devi/Devta (God/Godess) as per Purpose of Yantra and Mala. WATER FROM RIVER GANGA (GANGES) IS USED FOR THE ENERGIZATION PURPOSE.

Perfect for a wall hanging!

Very nice product. I like it...now I'm waiting for the abundance good luck pouring into my life! Thank you