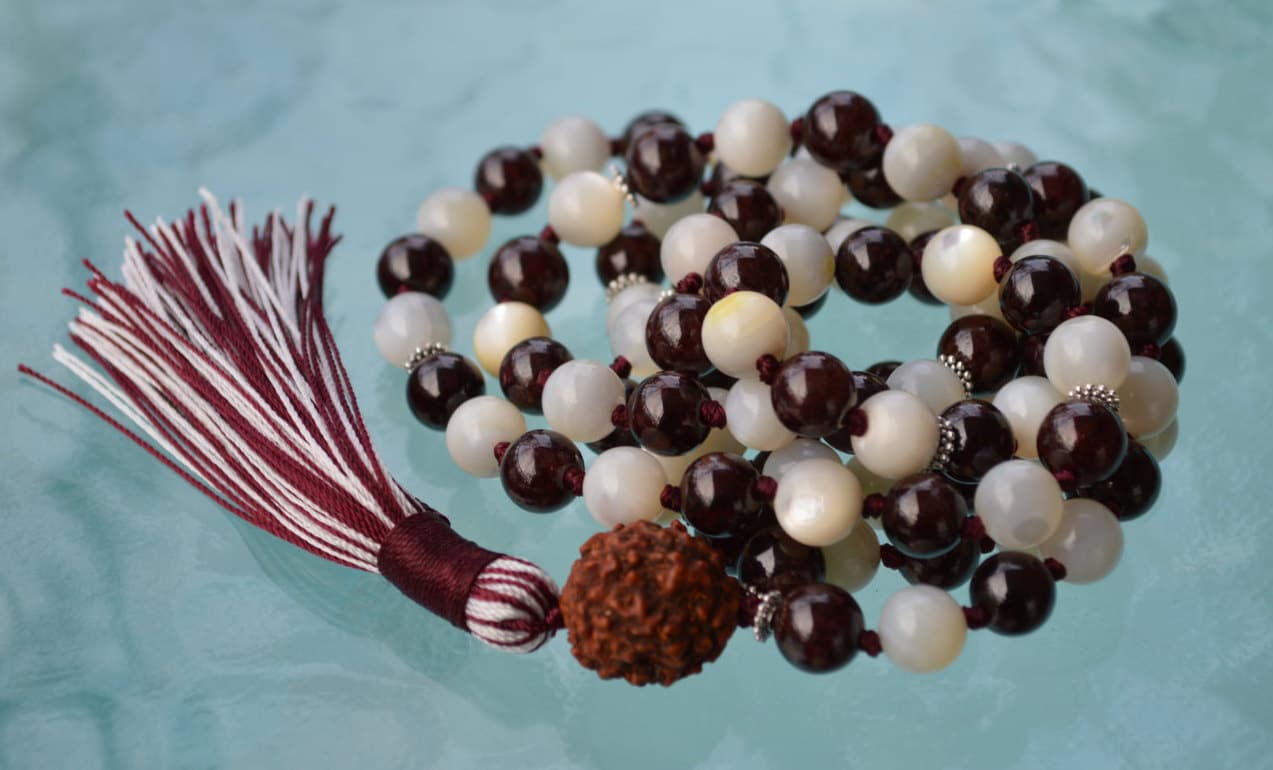 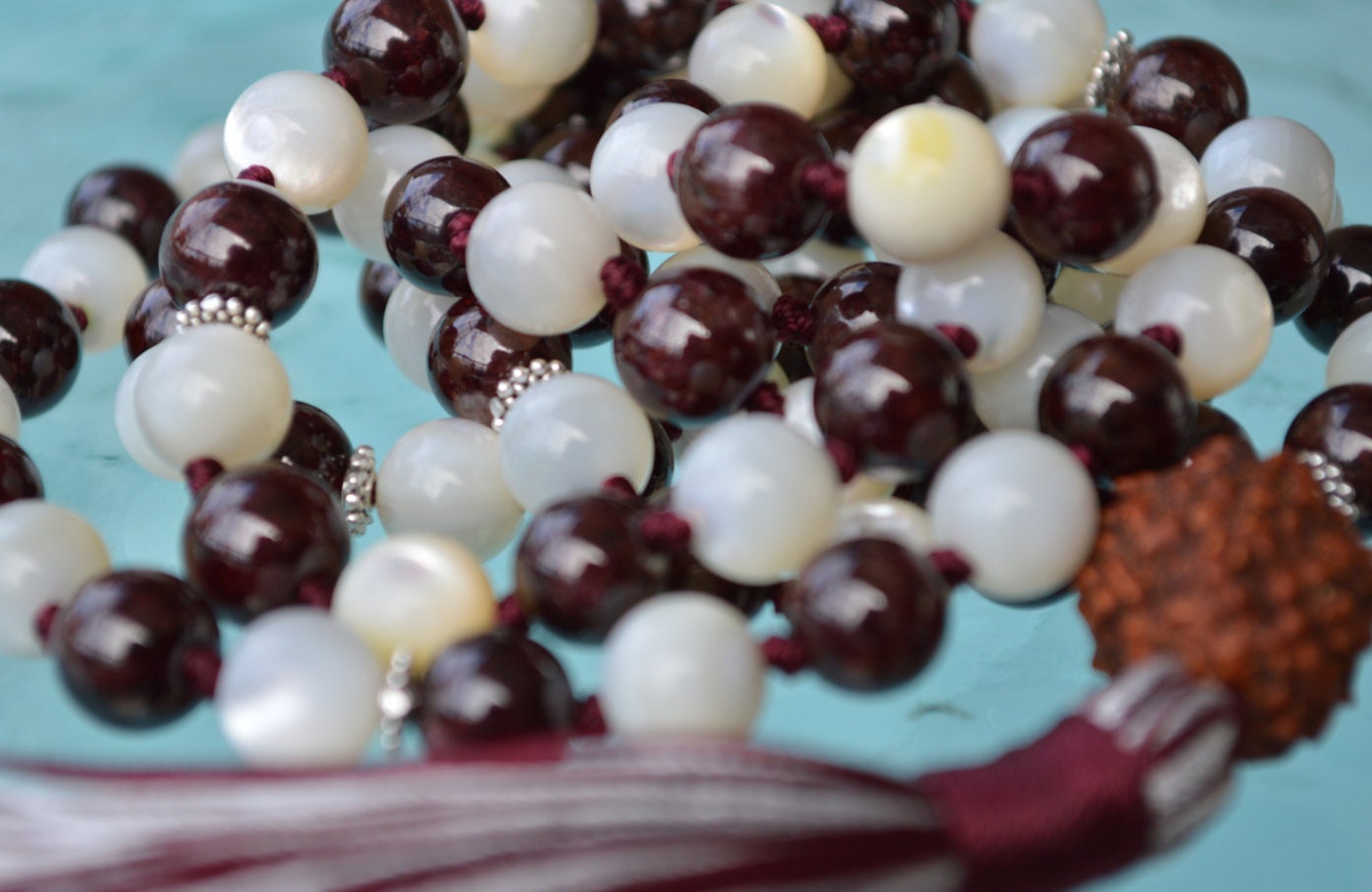 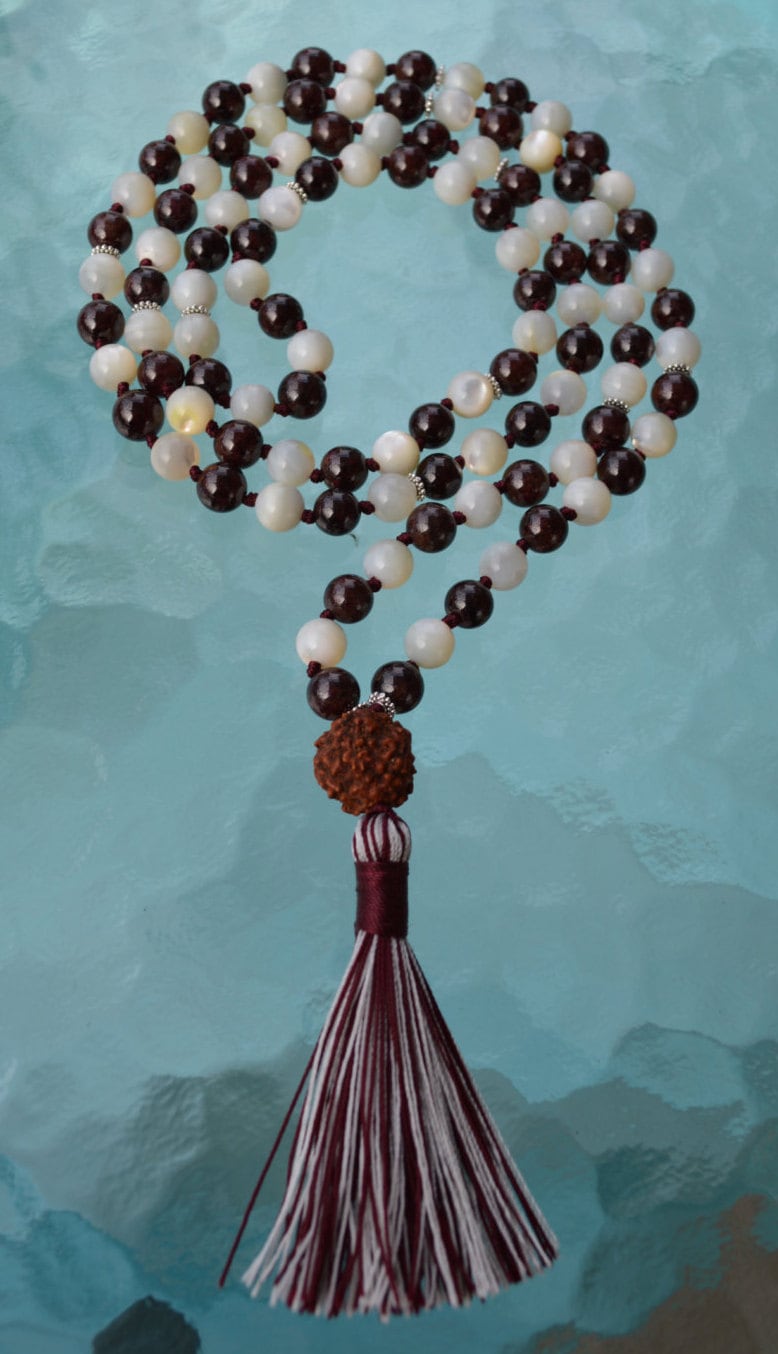 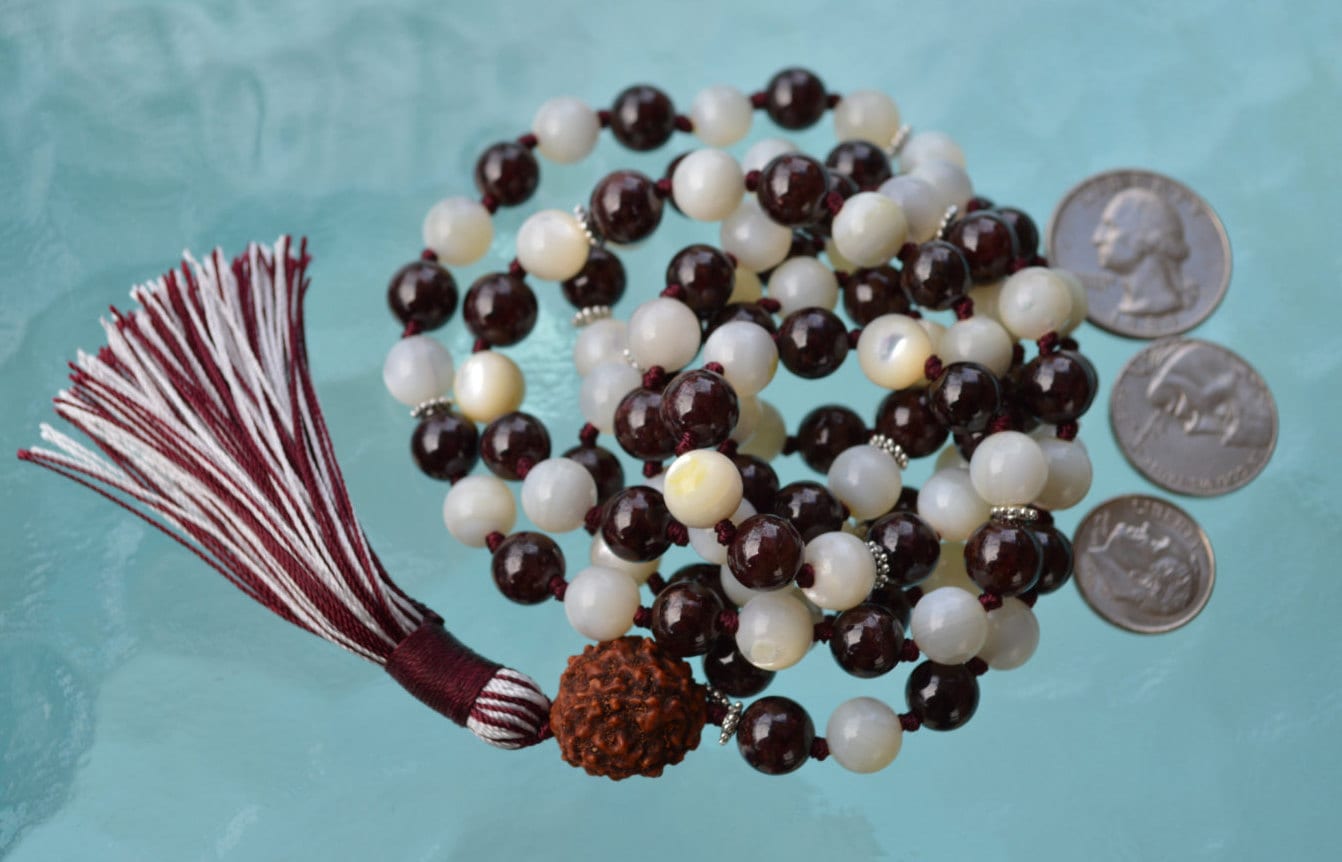 What is Garnet?
Garnet is a protective energy stone which is especially known for protection from evil, during travel, nightmares, and from wounds. Garnet has been used to release bad karma, which can be considered a form of protection in this life. Garnet is said to be a stone of protecting against and success with lawsuits.

As a root chakra stone, garnet said to be excellent for manifestation. It is used to ground one's dreams in reality, bringing abundance, prosperity, and realization of those dreams. Square cut garnets are reputed to be especially good tools for business success. All garnets are used to assist on an energetic level with success in one's career in part by building one's self-confidence, inspiration, and creativity. It can also make clear what is one's life purpose.

Garnet is used to access ancient memories. This makes it a preferred tool for past life regression.

Emotionally, considered a stone of increasing commitment, honesty, hope, and faith. It is a stone of positive thoughts which is said to dispel and relieve depression. Garnet is also used to overcome crisis and trauma. It is used to bring one away from a sense of helplessness or victimization and imparting courage. It is used to assist in diminishing or eliminating abandonment issues. One of the ways said to bring these about is releasing old ideas and perceptions of self and others which allows one to see them as they are, rather than through a filter of fear. Thus it can reduce or eliminate conscious or unconscious self-sabotage. It is said to enhance emotions in a positive way, and also be quite calming.

Garnet is considered a stone that helps one realize and enjoy the pleasures of earthly incarnation.This includes enhancing sensuality, sexuality, and intimacy in a balanced fashion. As such, garnet is a stone of love and passion.

Garnet has been used a great deal for gentle spiritual healing, and is used to enhance intuition in this manner. It discourages disorganized growth, and brings inner strength.

Garnet is associated primarily with the root chakra, but also with the heart chakra. It is used to balance, purify, align and remove negative energy from all the chakras and aura. Various types of garnets have their own properties in addition to those of garnet in general and may be related other chakras as well. Garnet is used to encourage movement of the kundalini is an orderly fashion.

What is Rudraksha?
Rudraksha beads are held in great reverence and may be the earliest known form of prayer beads, having been worn since at least 1000 B.C. This is the essential mala, similar to the ones worn by Buddha, Gandhi and the Dalai Lama. Tuck this traditional rudraksha mala inside your shirt, to be worn against the skin. Our malas are made with small rudraksha, rare and prized for their more potent energy. A rudraksha bead is believed to impart different types of benefits according to the number of segments. It is traditionally believed that they can destroy negative thought and grant the wearer peace of mind, clarity, and purpose. The bead of the Rudraksha tree (Elaeocarpus granitrus) holds a very special place in Hinduism, and is credited to possess mystical and divine properties. Necklaces made of Rudraksha beads are considered auspicious as well as powerful, and are supposed to have profound astrological and health benefits. It is believed that one who wears Rudraksha is untouched by sins, and is protected from all impious deeds or thoughts. Origin & Myths "Rudraksha" has its etymological origin in the Sanskrit words, 'Rudra' and 'Aksha'. 'Rudra' is another name for Lord Shiva, and 'aksha' means teardrop. Mythological tales have it that the Rudraksha plant was born out of Lord Shiva's tear drops. For thousands of years, they have adorned the bodies of sages and saints leading a fearless life in far-flung frontiers seeking enlightenment and liberation. According to the Ayurvedic medical system, wearing Rudraksha can have a positive effect on the heart and nerves, and relieve you from stress, anxiety, depression, palpitations and lack of concentration. It is also known for its anti ageing effect, and electromagnetic and inductive properties. People with high blood pressure have been found have benefited from the use of Rudraksha seeds.

Timely delivery! Exceptionally beautifully crafted mala! I'm dedicating it to the god Chango (High John the Conqueror). It will enhance my devotions. Excellent and reliable seller!