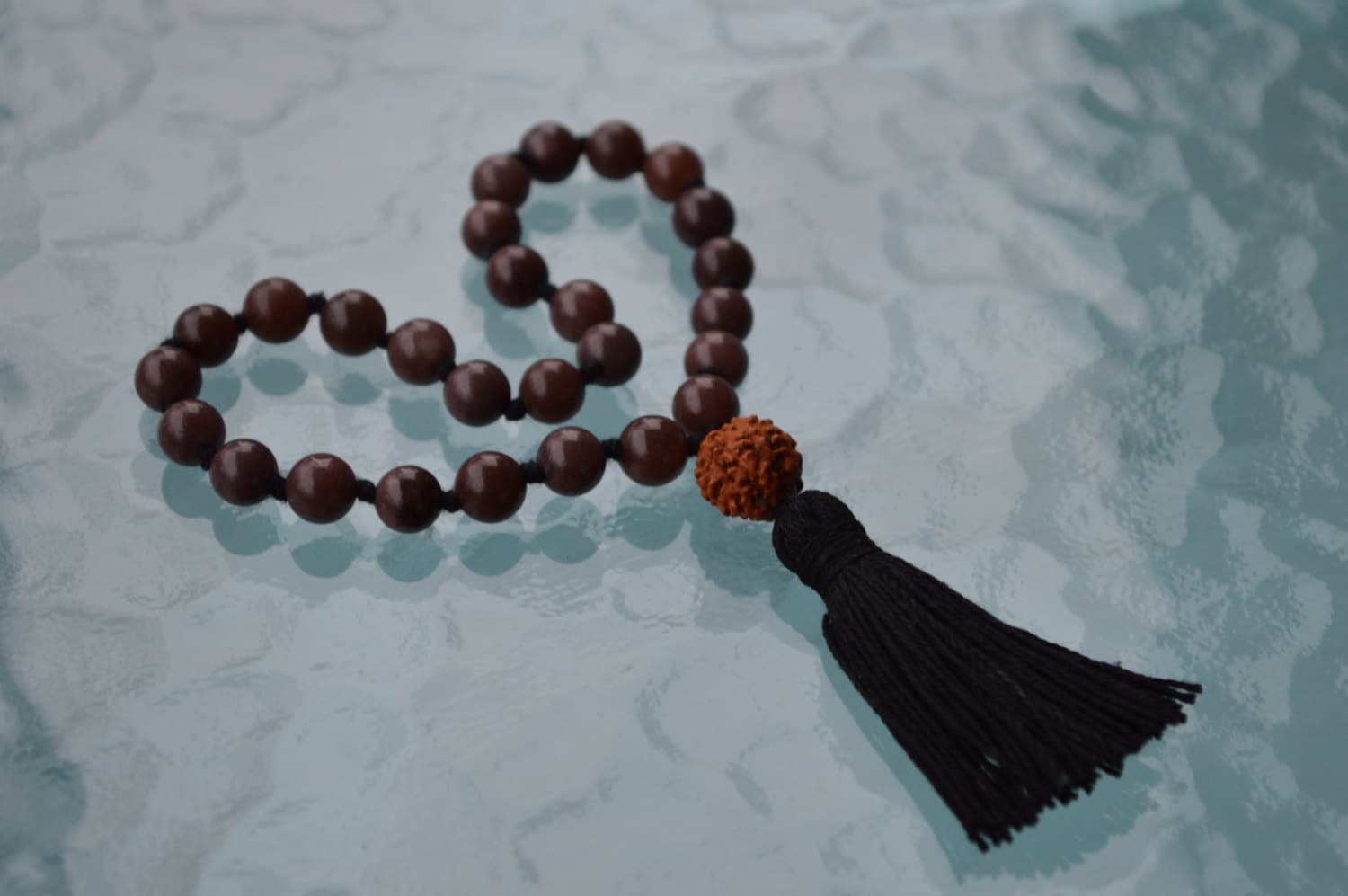 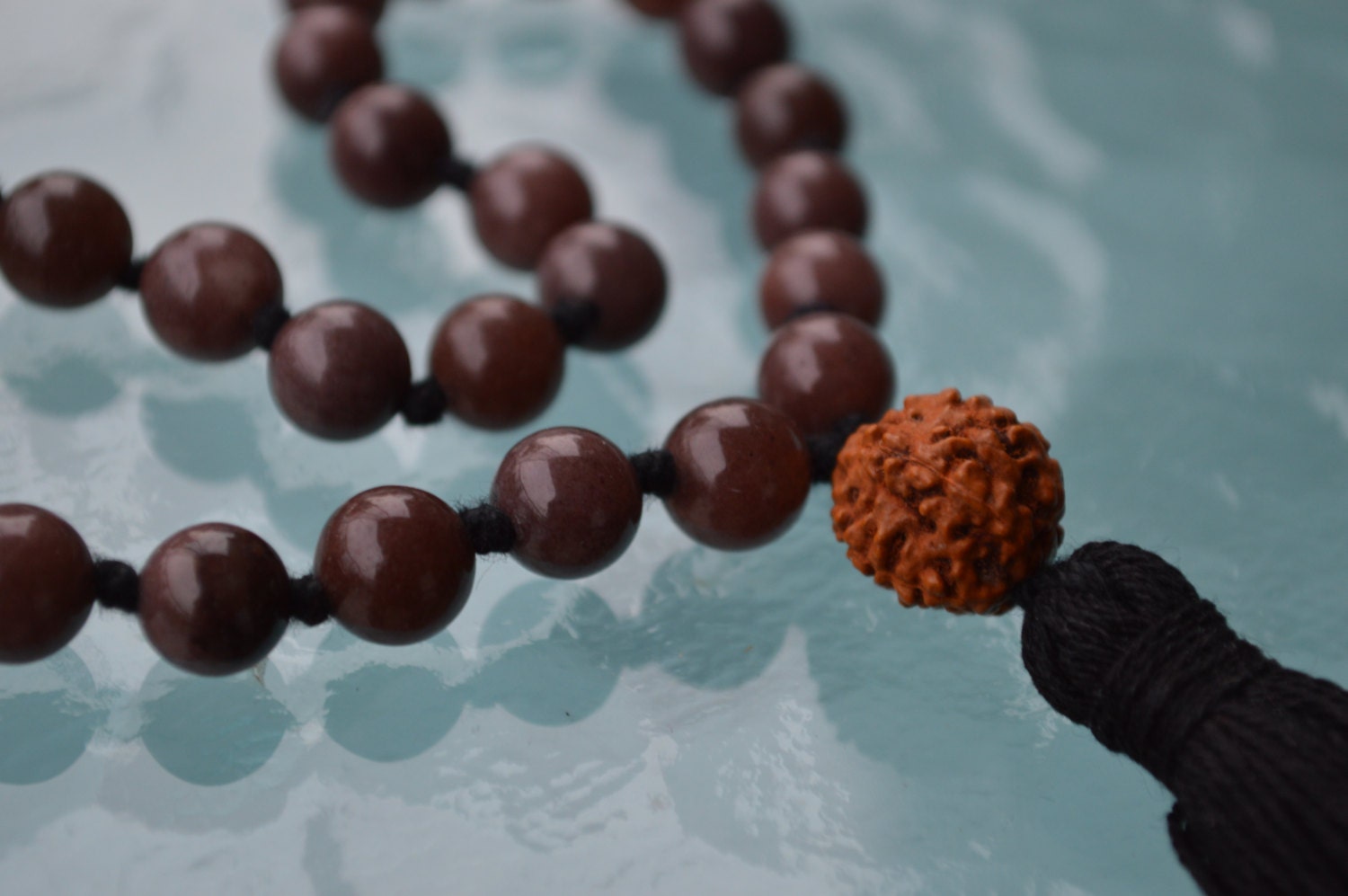 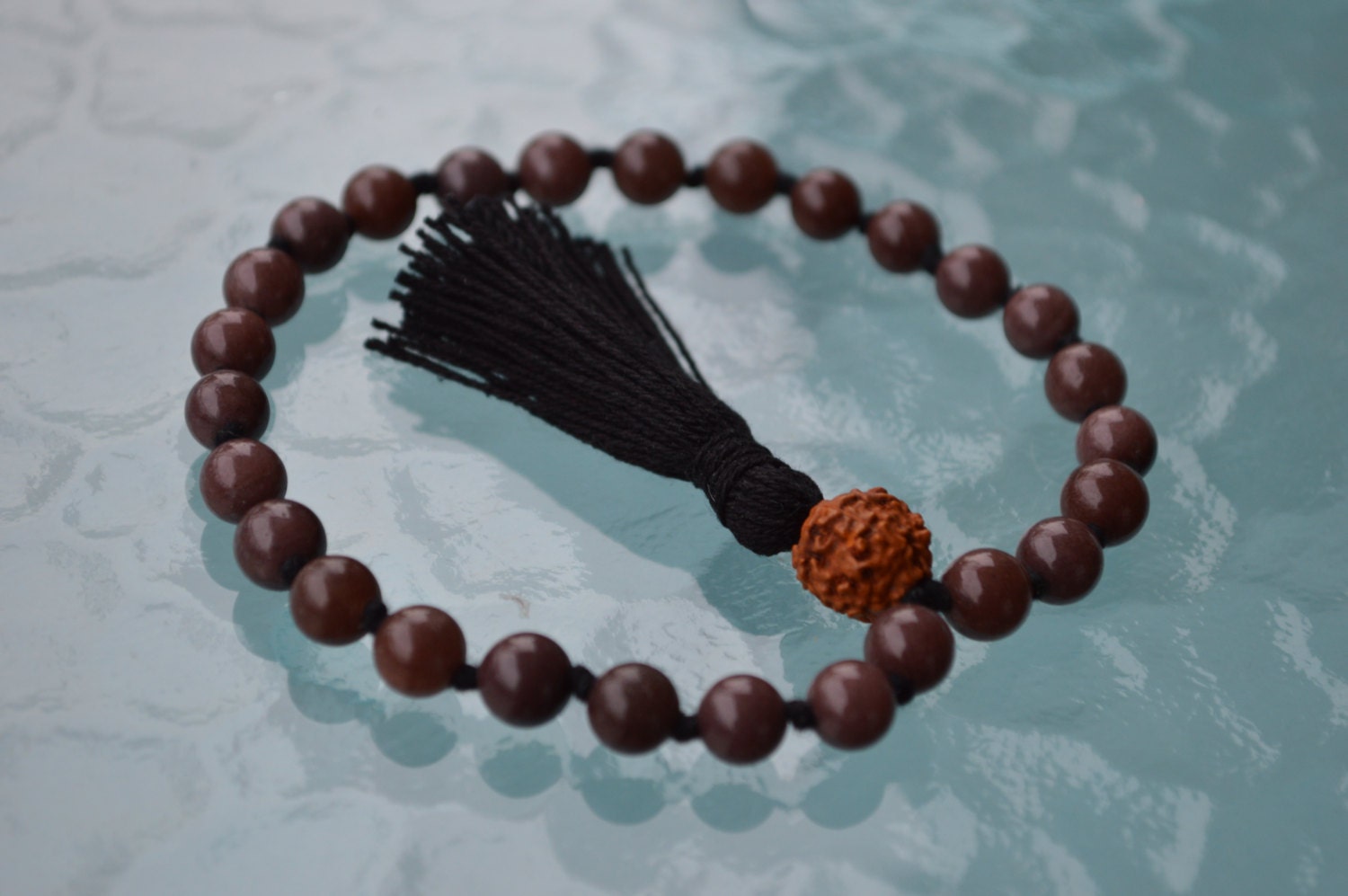 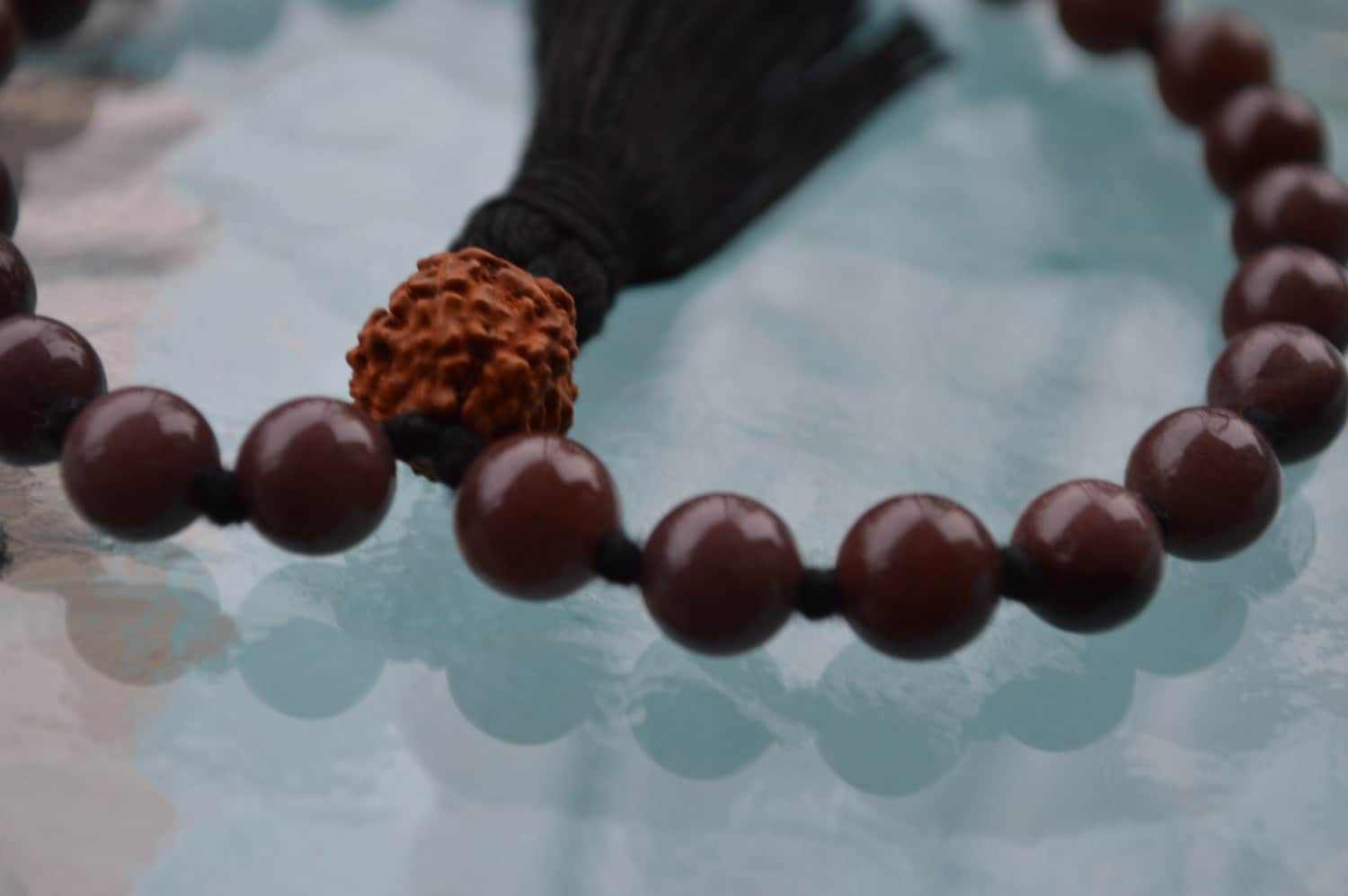 The title description has a character limit so please read more about Garnet, the significance of mantra, and 108 mala bead necklaces below!

This mala is handmade with a strong silk/nylon thread to give the mala a long life and durability. Done with positive vibes and love by chanting vedic mantras from hindu holy books to energize and infuse positive vibes and maximum power.

The mala has 12mm Rudraksha
Guru bead adding its benefits to the beads.