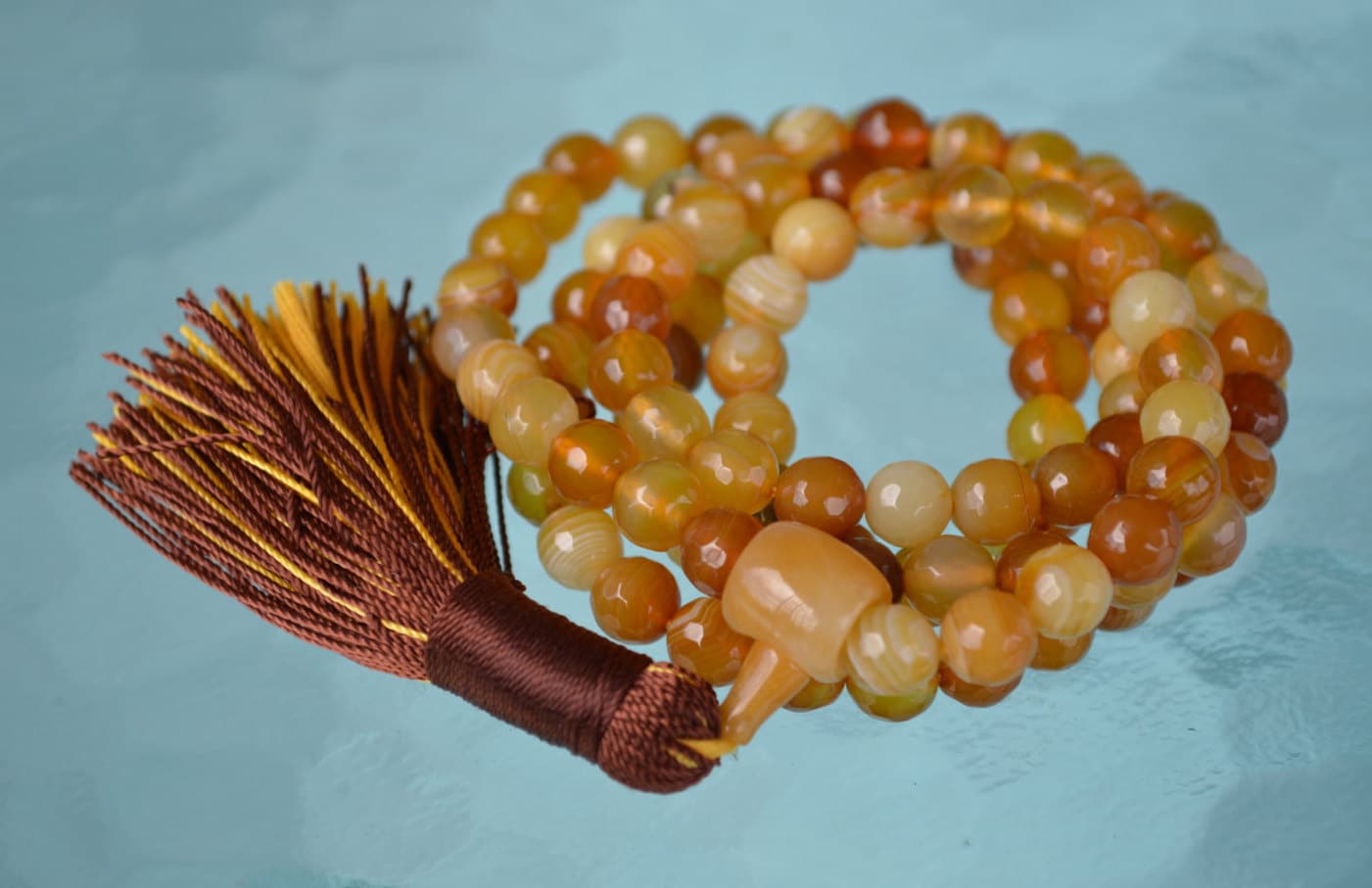 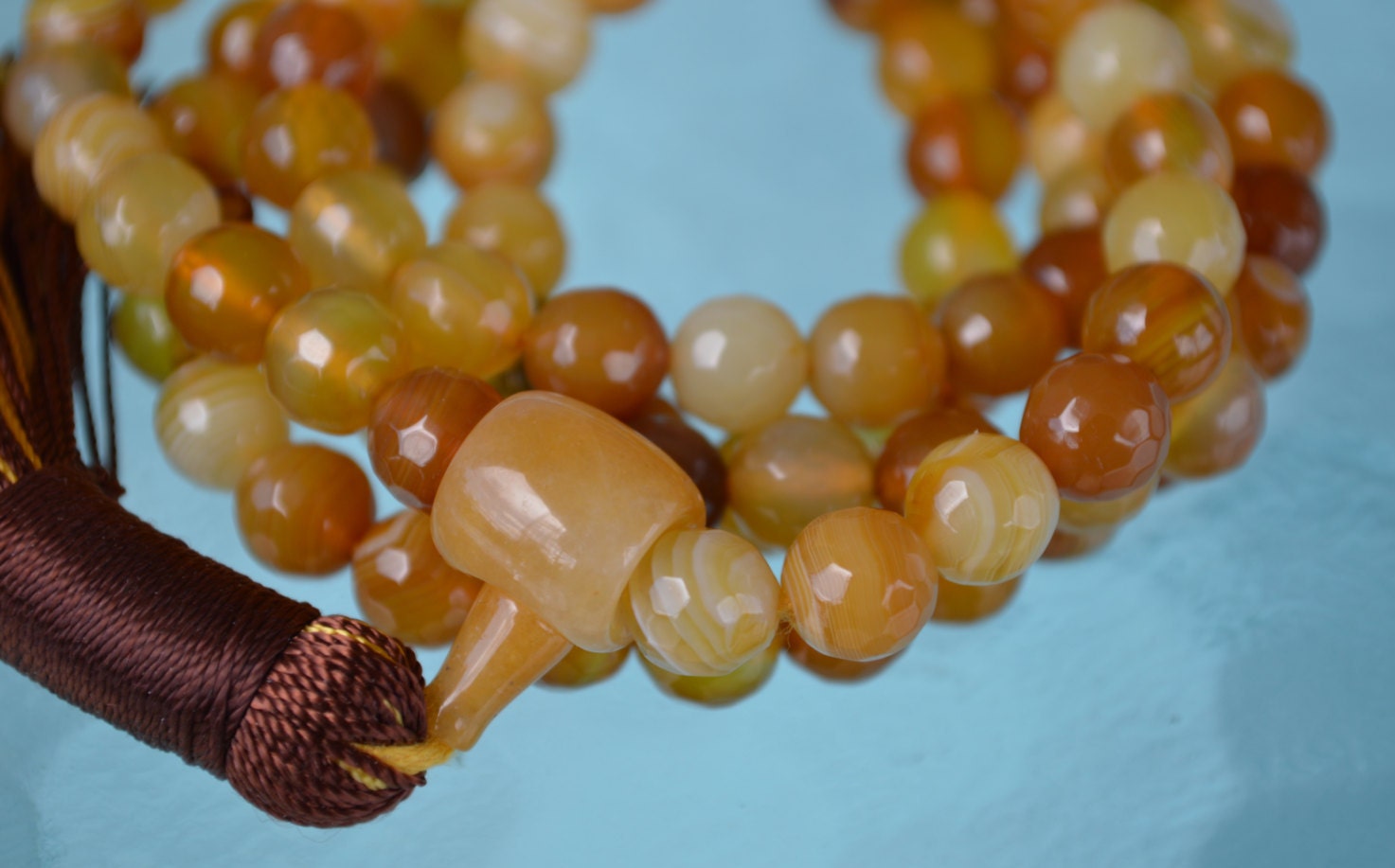 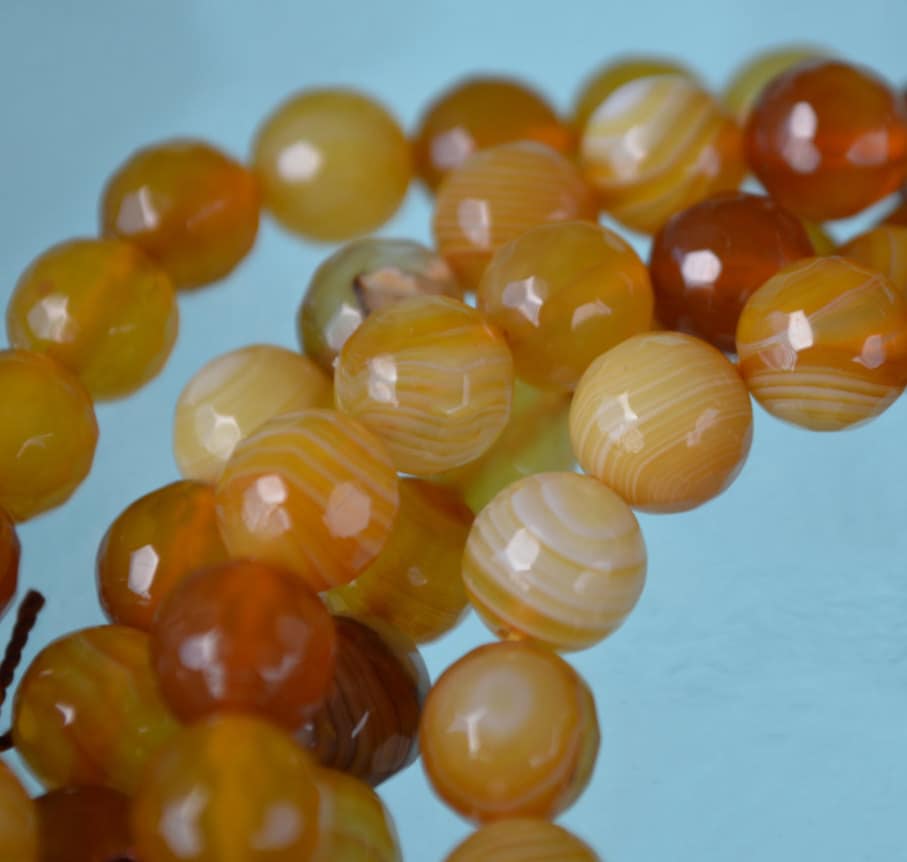 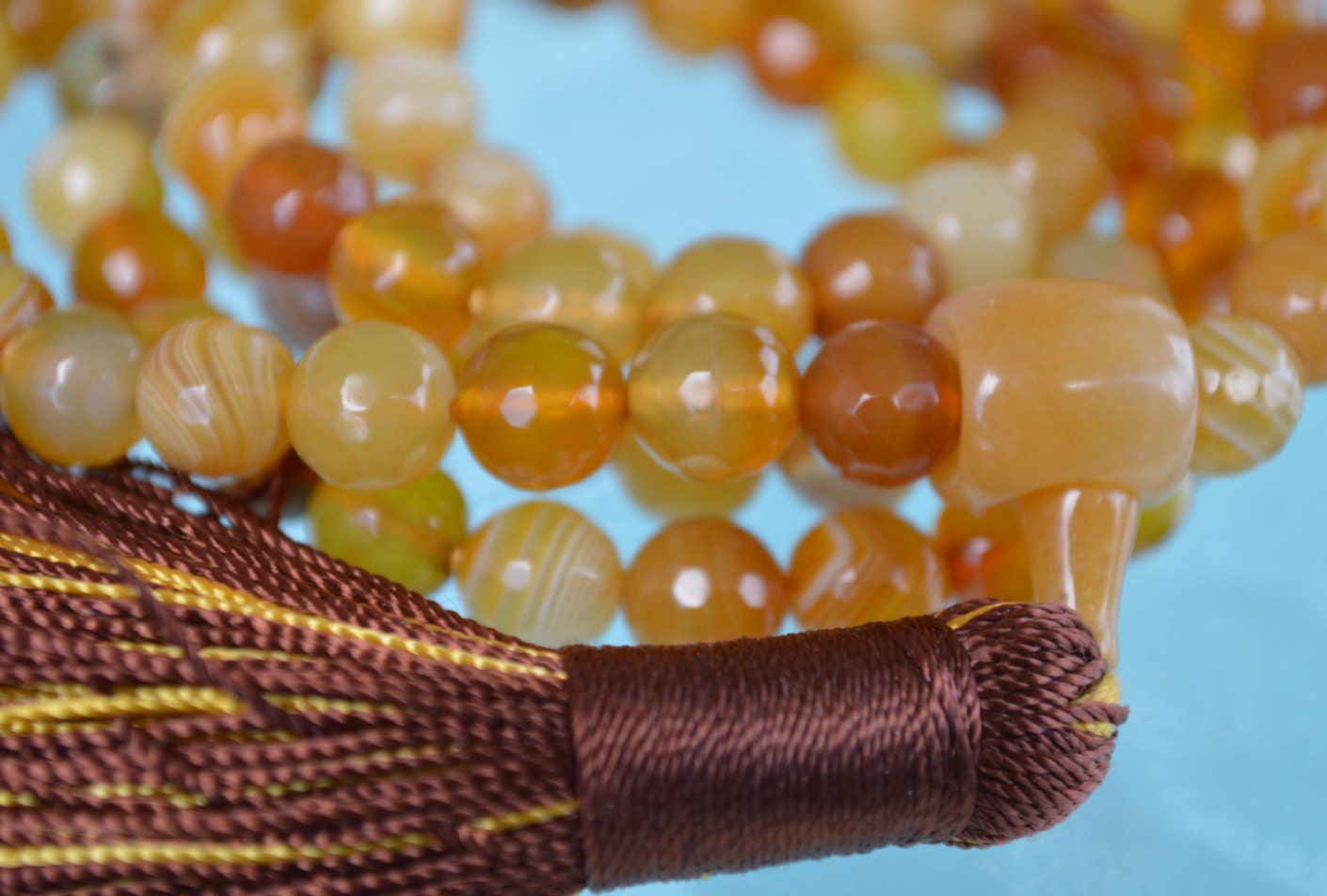 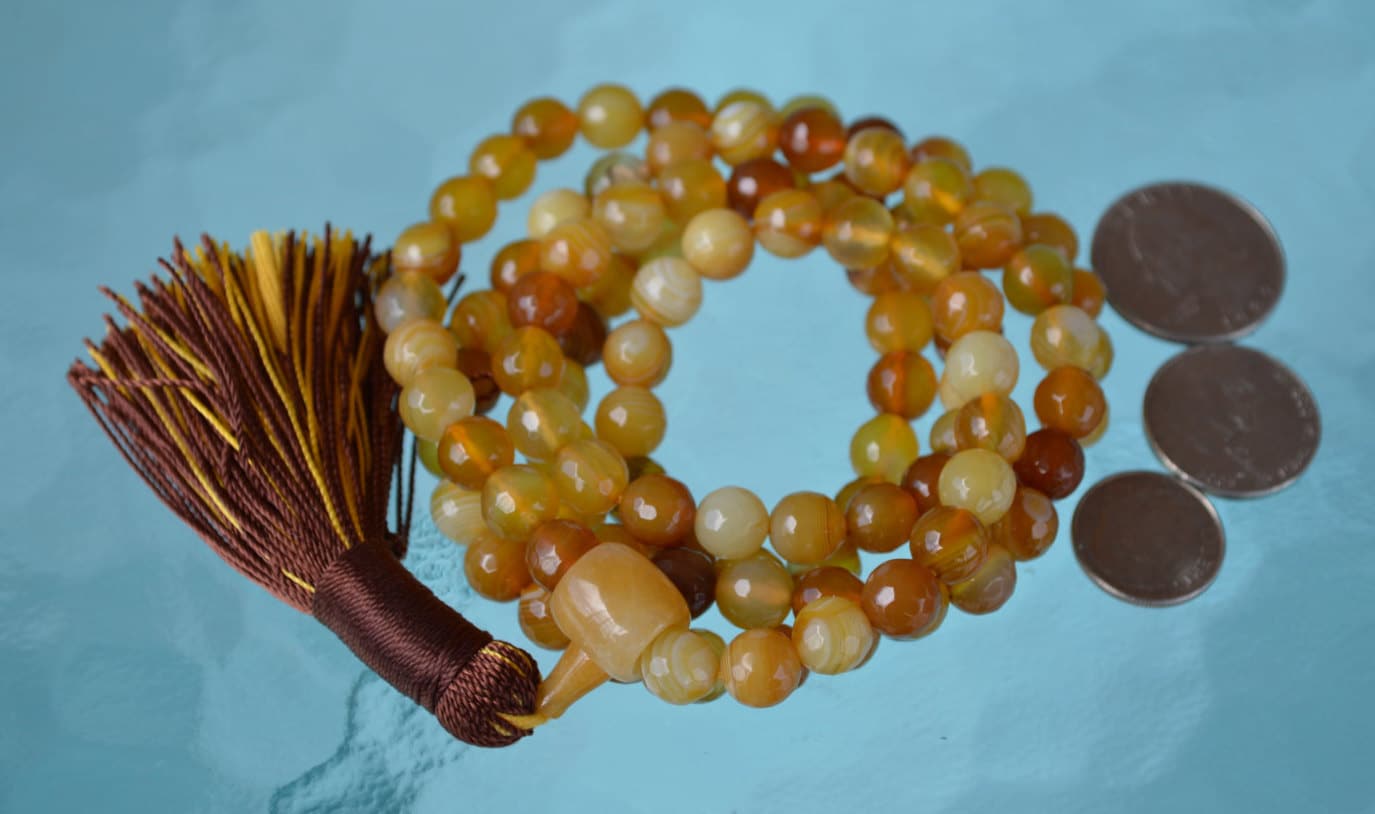 
This mala has been blessed and energized with proper mantras, puja, and spiritually activated to infuse potency and power.


Handmade in USA: Total beads 108+1. Please note that Slight variations in bead size, shape, color and texture do commonly occur, adding to the artistic quality of each individual item. Useful as a gift and energizing body chakras.

Placed on the abdomen or used as an elixir, Agate stimulates the digestive system and relieves gastritis. It is beneficial for the eyes, hollow organs such as the stomach, uterus, intestines, etc., and heals skin disorders and itching due to insect bites.

Agate is helpful to the heart and blood vessels. Wearing an Agate in the middle of the chest strengthens the cardiac muscle, and heals emotional disharmony that prevents acceptance of love.

Agate encourages a sense of reality and pragmatic thinking. Agates with regular designs soothe those who desire peace and harmony, while those with irregular designs can stimulate action and important decision making.
Agate is beneficial in self-analysis and uncovering hidden circumstances that might interfere with well-being. It promotes self-acceptance and confidence, encouraging the speaking of one's own truth. Agate overcomes negativity and bitterness of the heart, by healing anger, fostering love, and lending the courage to start over. It is useful for any kind of trauma.
Agate raises awareness and links into the collective consciousness of the oneness of life. It encourages quiet contemplation of one's life experiences that lead to spiritual growth and inner stability.