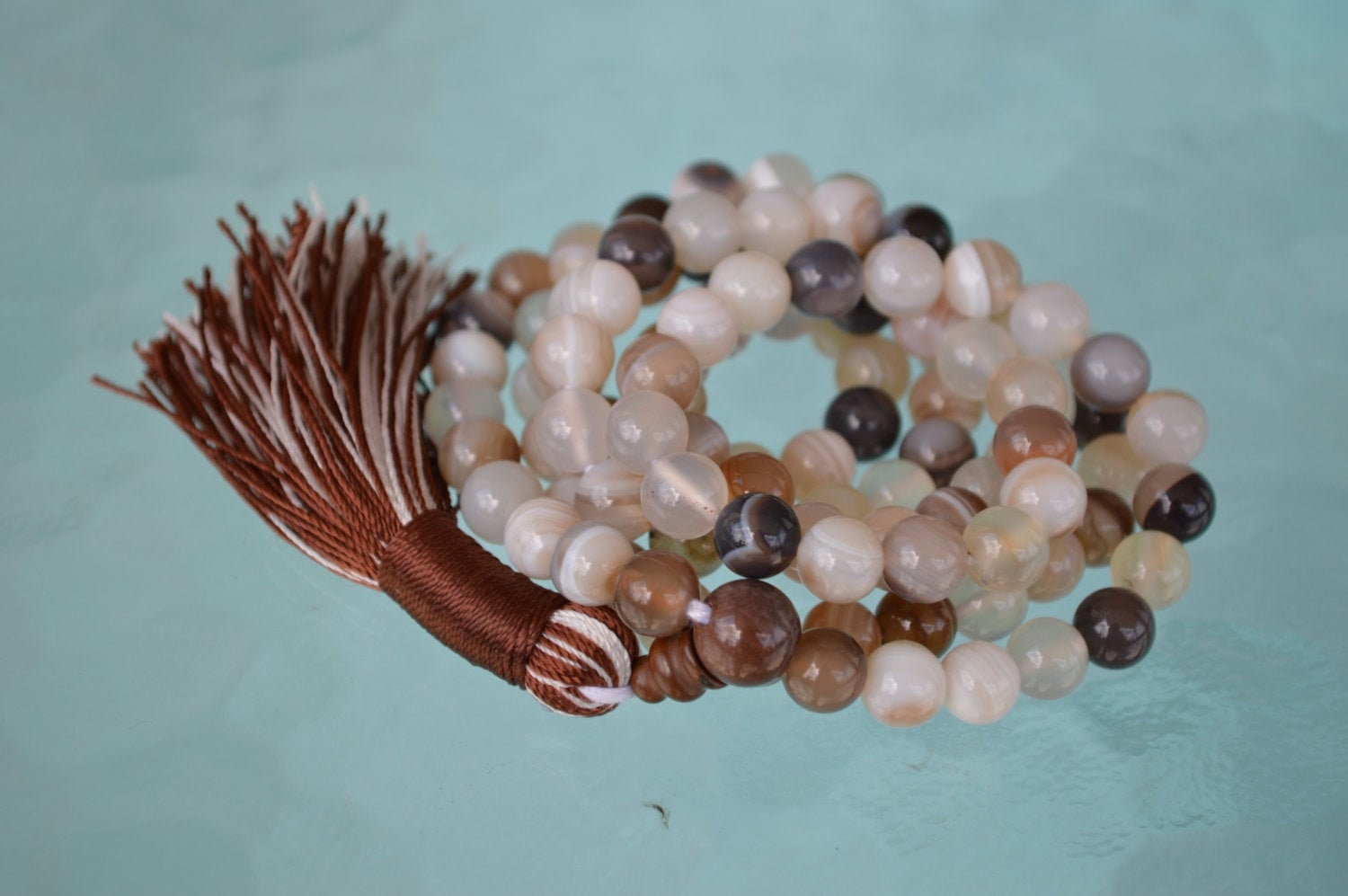 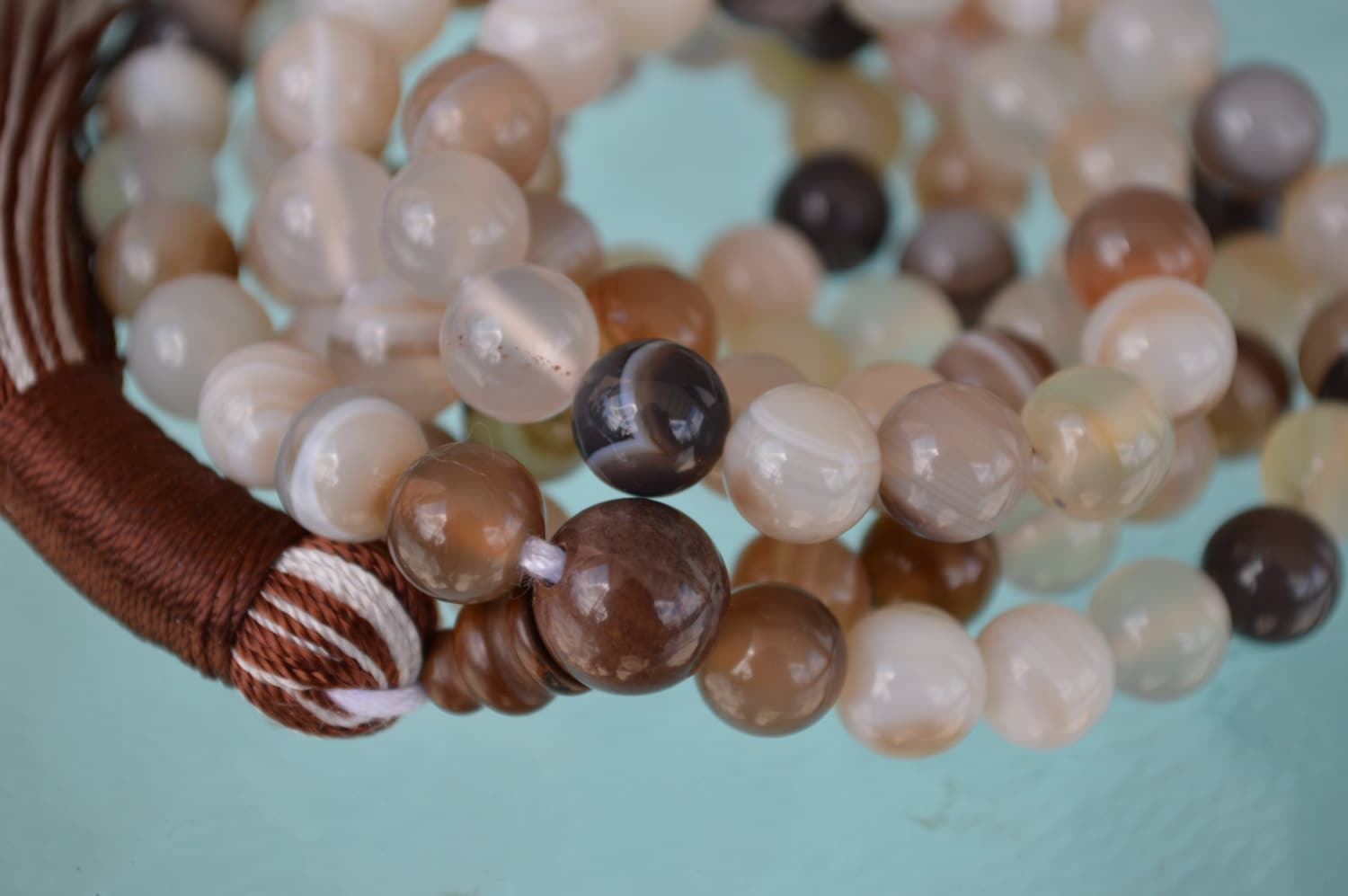 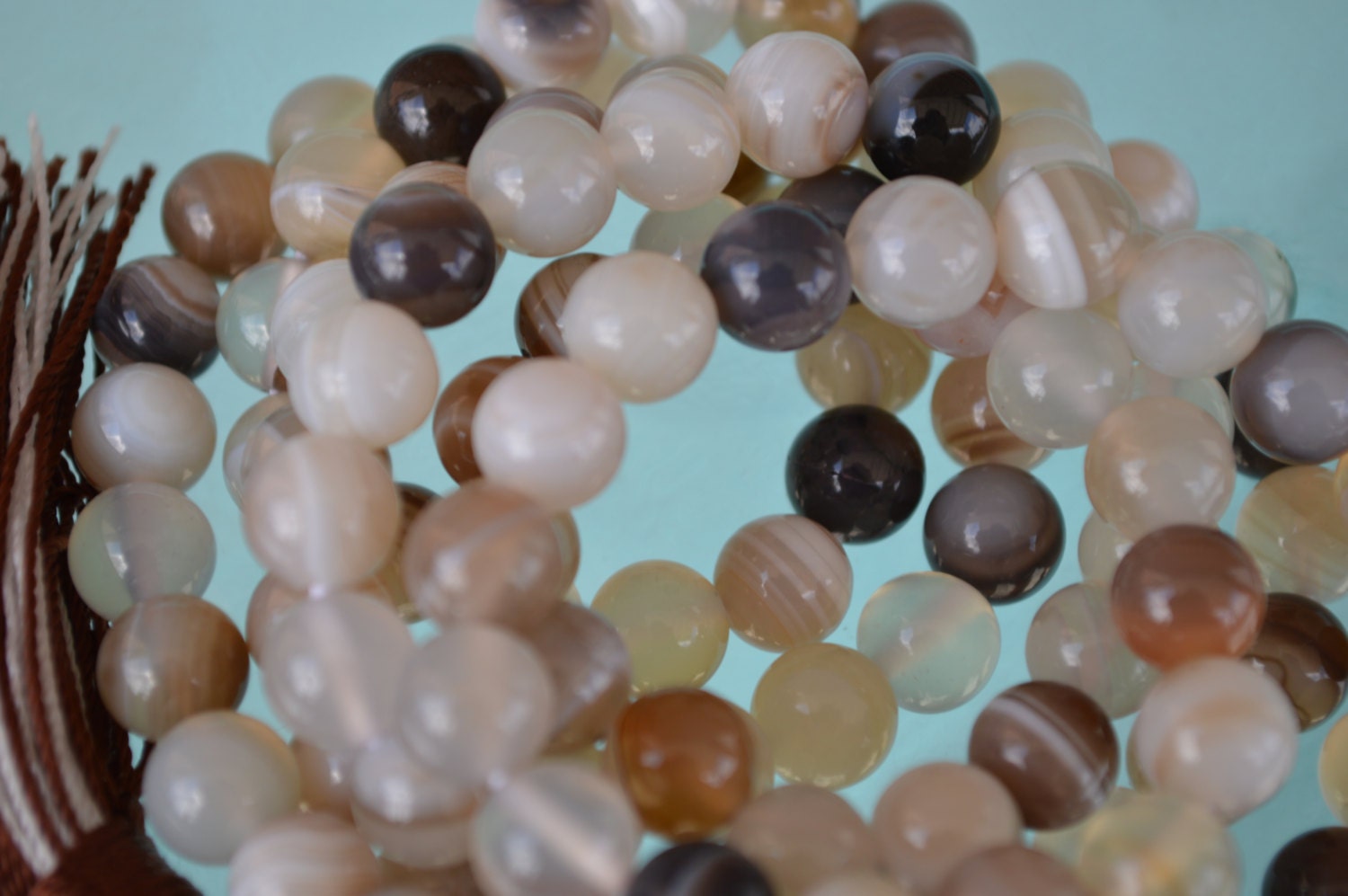 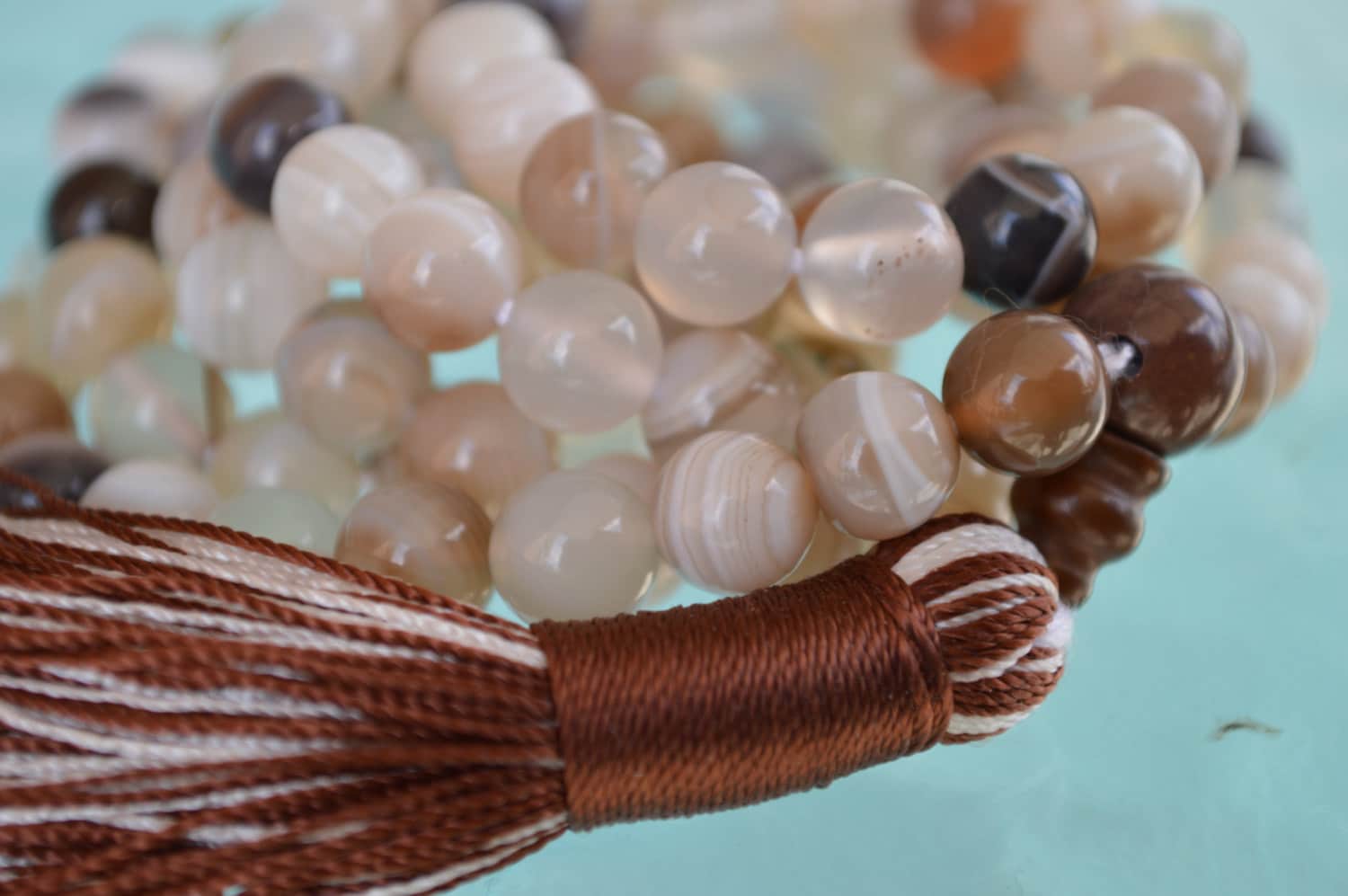 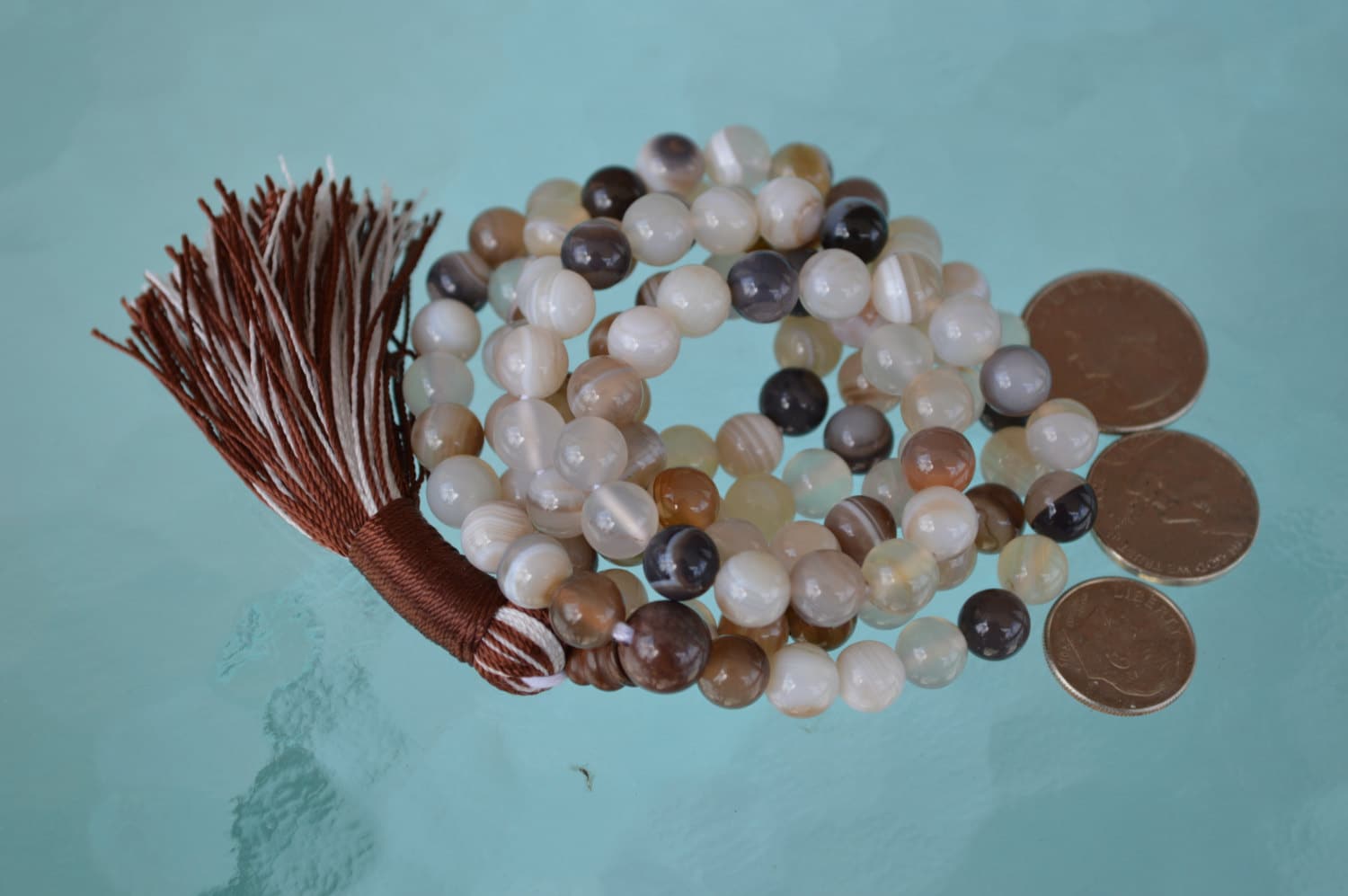 
The title description has a character limit so please read more about jade and agate, the significance of mantra, and 108 mala-bead necklaces below!

This mala has been blessed and energized with proper mantras, puja, and spiritually activated by Swami JI to infuse potency and power.