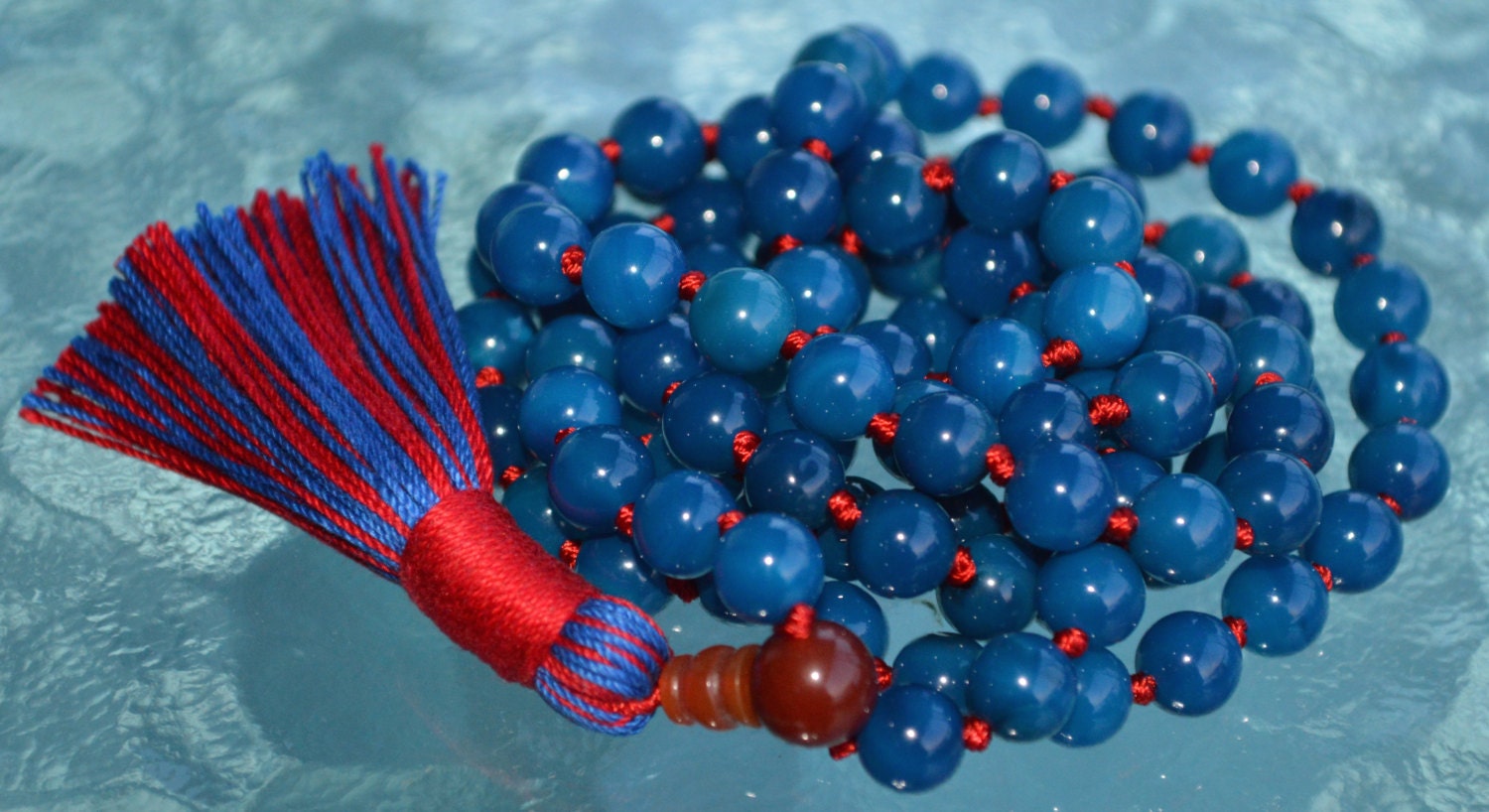 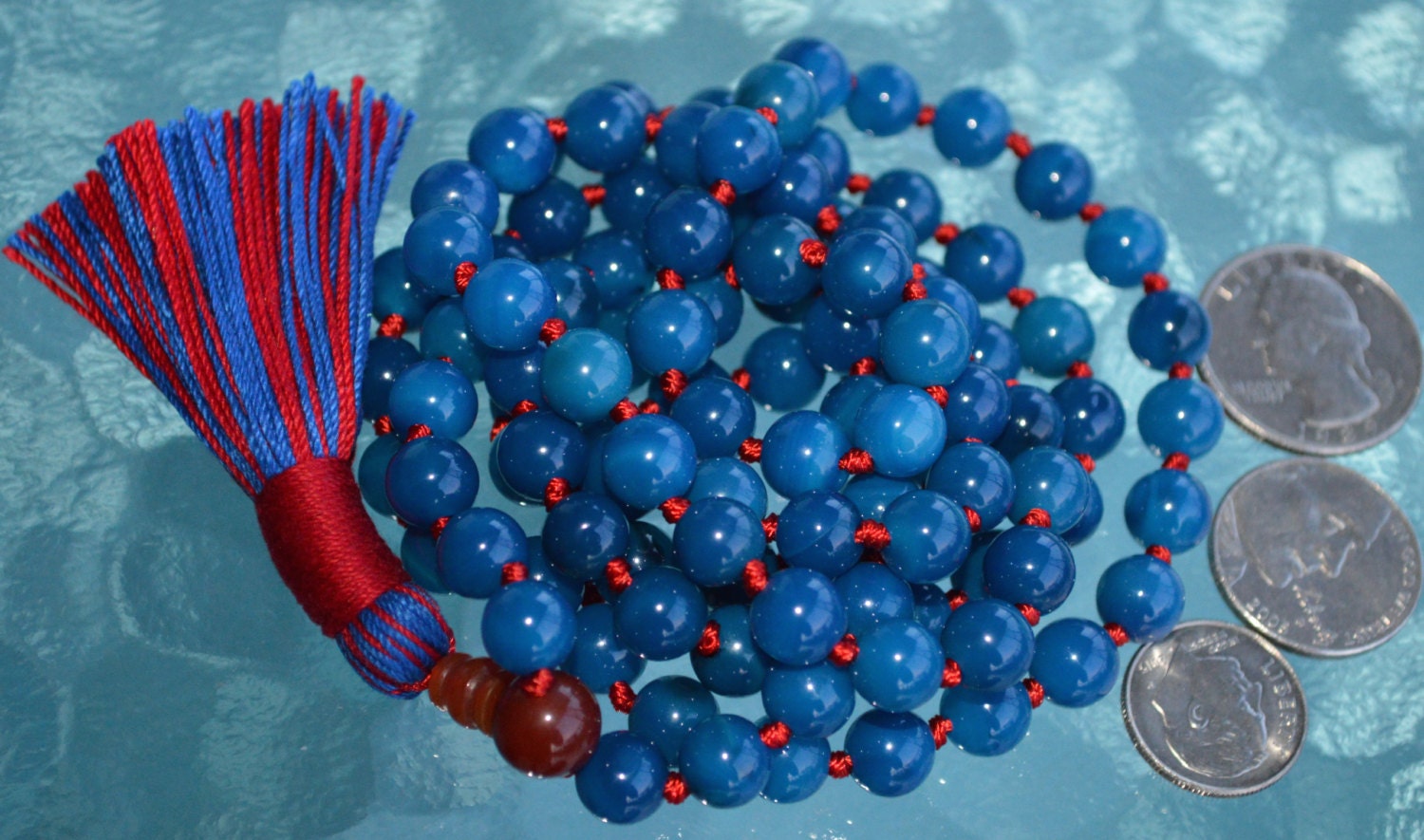 Since a Japa or Jaap or Prayer beads mala, Healing Wand, Pyramids, Healing Pendant Bracelets, Yantra are all Man-Made object, it requires energization. We get Pran Pratishtha (Energization) done by learned Pandits (Priests). This is done by reciting Mantras as prescribed by Vedas (Hindu Holy Books), as well as Homa for the respective Devi/Devta (God/Godess) as per Purpose of Yantra and MElectric Blue Agate

The 'Stone of Oxygen', this stone is fantastic to oxygenate the blood, is very useful for the being who participates in fast paced and strenuous activities, as well as being beneficial to the being needing to keep a focused and sharp mind.
This form of Agate is just like having a pure oxygen boost to the blood, it can be used during times of fast pace, when a lot of energy is being burned and the levels of oxygen are needed to be increased.
It can be said as being a 'zest stone' because of the surge of energy it can bring, the stimulation of the mind, body and spirit and how it helps lift the mood.

This form of Agate is also very good to help keep the mind sharp because of the boosts in oxygen; this will help during times where one needs exact focus, or focus for extended periods of time.
Also Electric Blue Agate is a stone that can help awaken those who suddenly pass out, or be kept with those who have 'fainting episodes' to help ease them off.

This is a stone that will help regulate the water level in the body and have a positive effect on water retention problems, as well being beneficial to lung and heart function.
Electric Blue Agate works extremely well with the Energy centre, and especially helps its keeper to speak with confidence and a sense of freedom. It is a stone that also encourages its keeper to take on a more positive attitude, helping to bring a more courageous, self motivating and hopeful personality.


It can help our inner attunement and deepen our focus. It helps us find our right path and remain on it against all odds. It has been called the Stone of Peace and Healing. They can help to help calm and relieve stress, helping created peace in the area where it is located. Help neutralize negativity from one's life, enhances self worth and boosts perceptiveness. Helps during mediation, aids access to the Angelic Realm and helps reduce lethargy. Also has all the properties of agate.
ala. WATER FROM RIVER GANGA (GANGES) IS USED FOR THE ENERGIZATION PURPOSE.