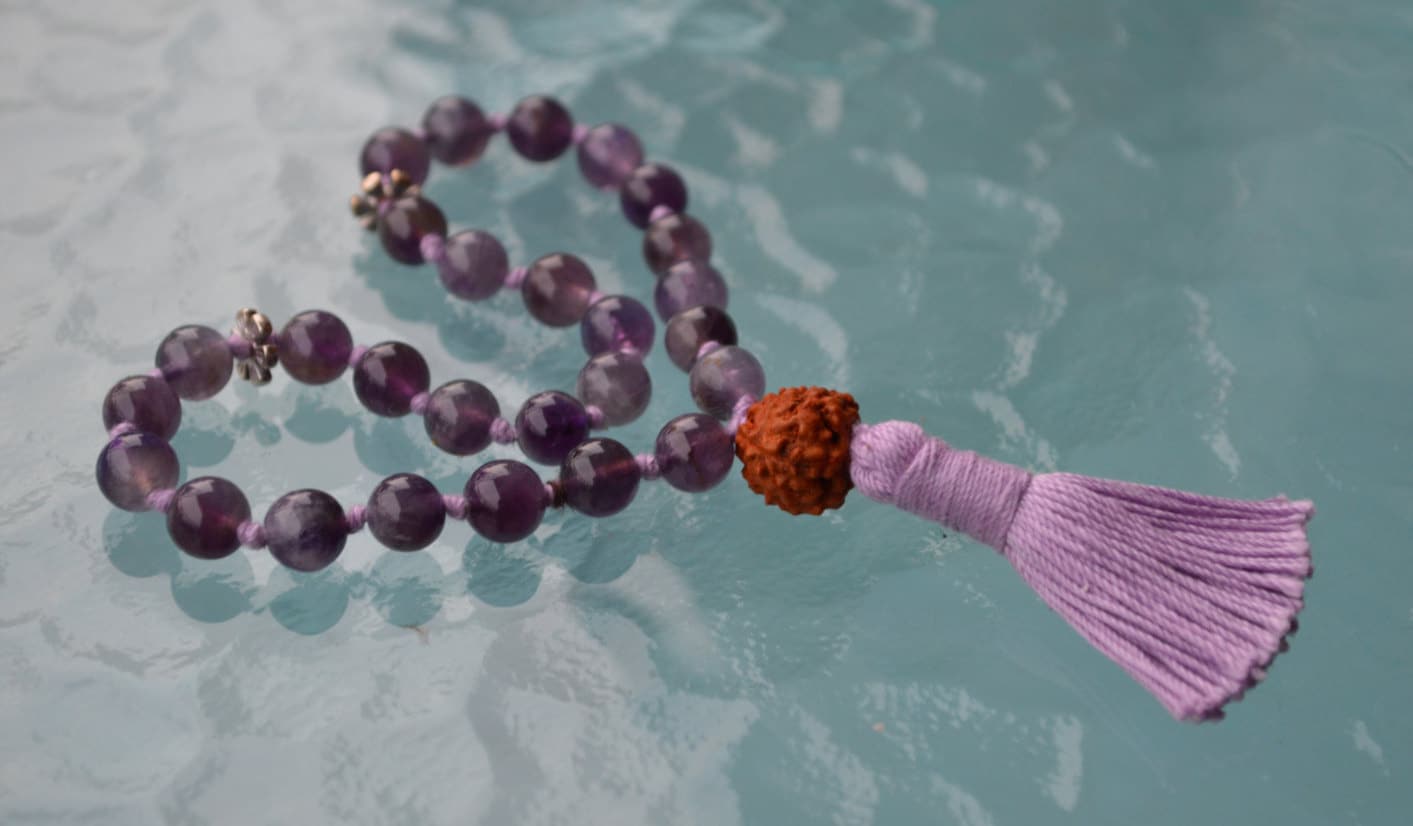 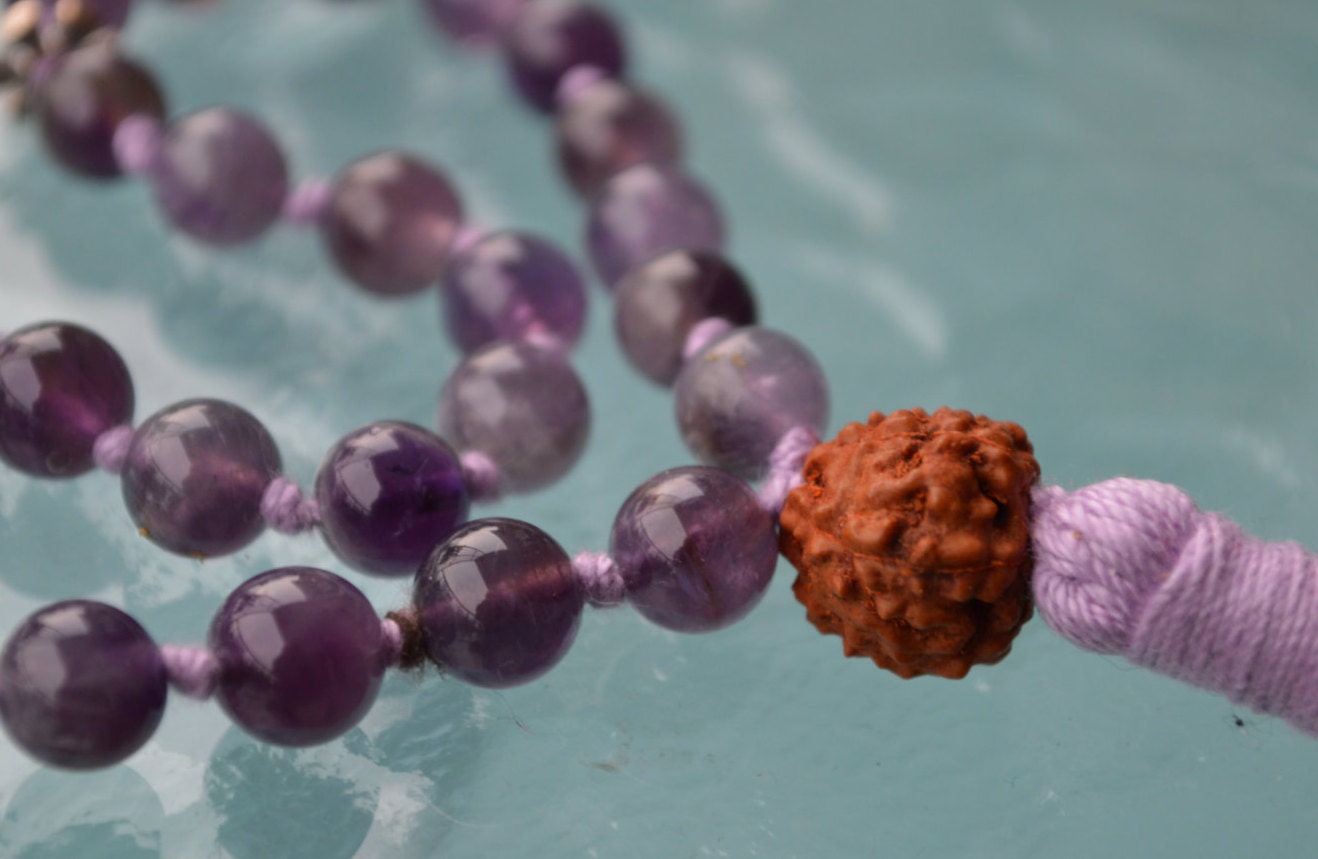 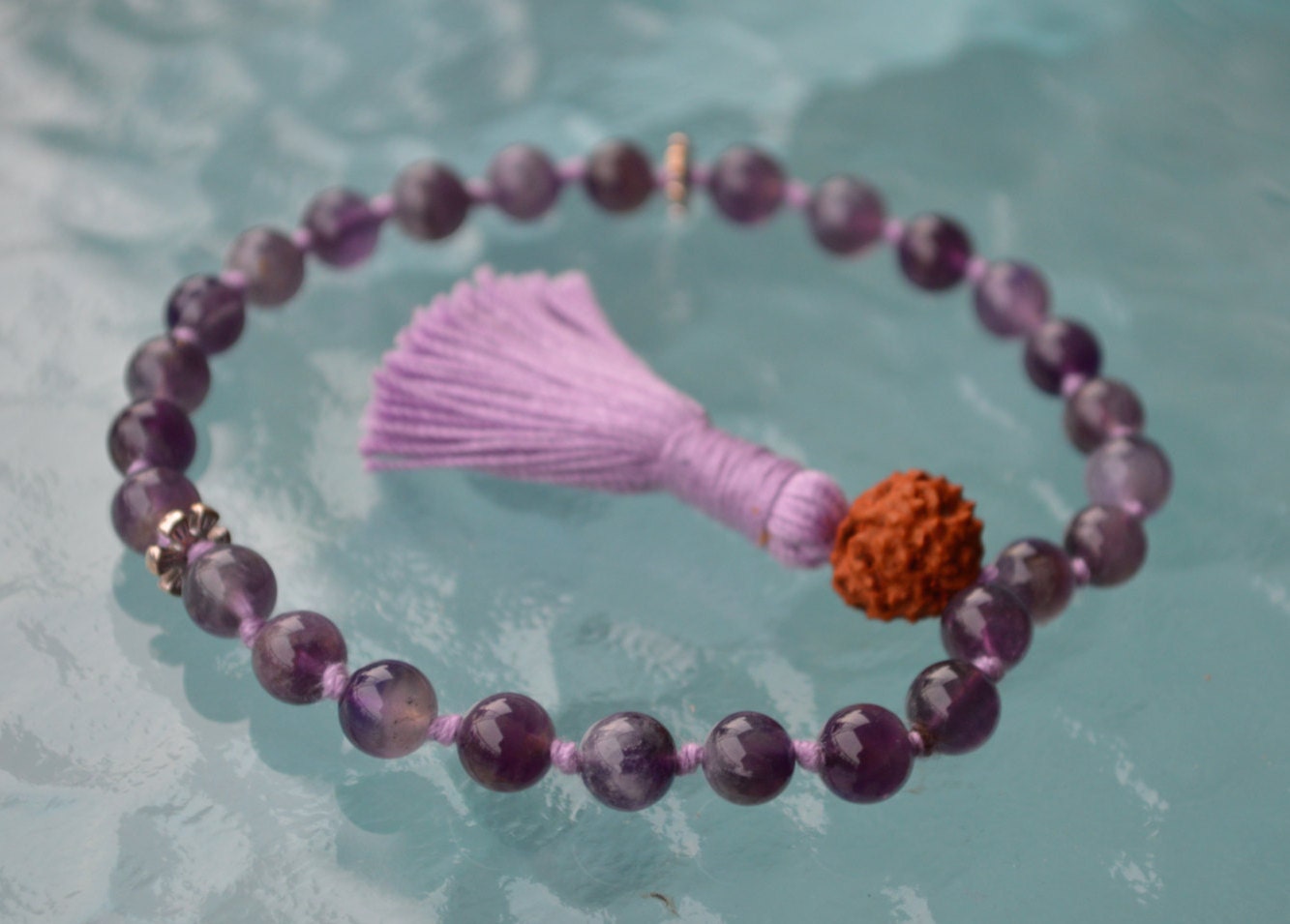 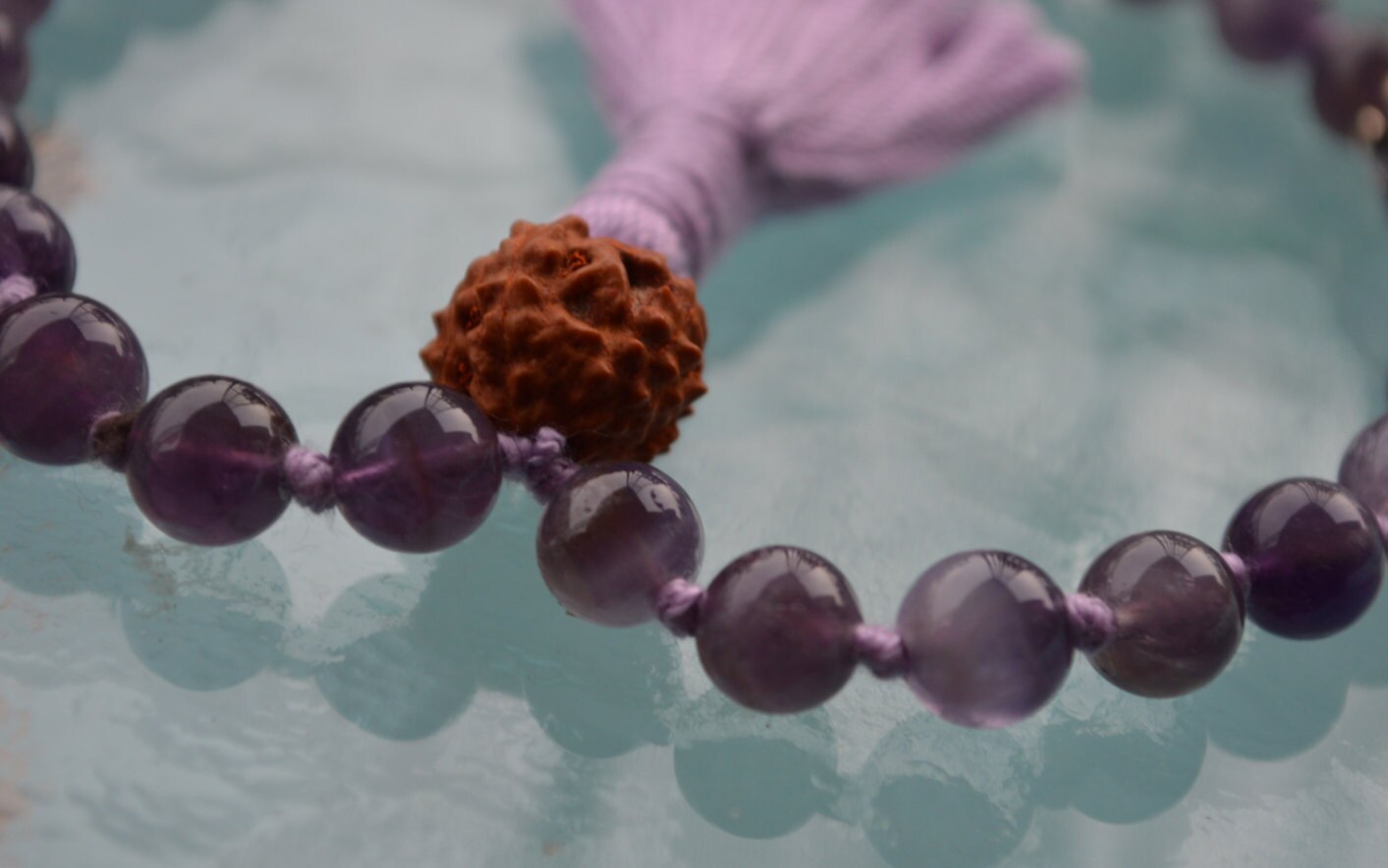 Amethyst is also known as "Banded Amethyst" and is a powerful healer that combines the strengthening and enhancing energies and amplifying power of Quartz with psychic properties and stress relieving qualities of Amethyst. Chevron amethyst is associated with the third eye (brow) or crown Chakra. The "banded" nature of the Chevron Amethyst is especially visible in the close up pictures. Amethyst is a gemstone often worn by healers, as it has the power to focus energy. Named for its chevron-like pattern of banded amethyst and white quartz, chevron amethyst exhibits eye-catching patterns of opaque an translucent layers giving it a textured appearance. It contains varying degrees of white banding with some light brown striations. Together the two, Amethyst and Quartz minerals create the Chevron Amethyst, which is noted in metaphysics to enhance peace of mind, relaxation and self-discovery. Chevron amethyst is said to bring courage and inner strength. It is said in mystical lore to lessen any resistance to helping oneself, particularly as concerns self-awareness. It diminishes addictive tendencies and assists in recovery from addictions. It is a meditative and calming stone. It is a high energy stone that is often used for energising. It protects against psychic attacks and negative energy. It has been identified as a crystal that functions favorably in clearing certain types of blockage and in aligning the 6th & 7th Chakras, which are the Third Eye or Brow (6th) and the Crown (7th). Amethyst is used on the Crown to allow past life recall to emerge and to cure insomnia and nightmares.

Crystalline quartz in shades of purple, lilac or mauve is called amethyst, a stone traditionally worn to guard against drunkeness and to instill a sober mind. The word amethyst comes from the Greek meaning "without drunkenness" and amethyst is believed to protect one from poison.
Power Stone

It is used as a dream stone and to help insomnia. Put an amethyst under your pillow to bring about pleasant dreams, or rub it across your forehead to offer relief from a headache.
Protection Stone

Ancient Egyptians used the amethyst guard against guilty and fearful feelings. It has been worn as protection from self-deception, as well as a protection against witchcraft. The amethyst has long been used to open the spiritual and psychic centers, making it one of the power stones. It is also used as a meditation aid when worn as a necklace.
Wisdom Stone

The amethyst is known as the Bishop's Stone and is still worn by Catholic Bishops. The amethyst symbolizes piety, humility, sincerity and spiritual wisdom. It is thought the amethyst is the perfect stone to symbolize The Age of Aquarius.
Healing properties of Amethyst

Amethyst is a gemstone often worn by healers, as it has the power to focus energy. A healer will usually wear several pieces of jewelry with amethysts set in silver, especially an amethyst necklace. The person to be healed will have an Amethyst to hold while the healing is being done. The healer will place another piece of Amethyst on the area of the body in need of healing, the heart or lungs usually.

Amethyst is used for problems in the blood and in breathing problems. Amethyst crystal clusters are used to keep the air and life force in the home clean and positive.

This Listing is for Only one mala.
HELPFUL INFORMATION