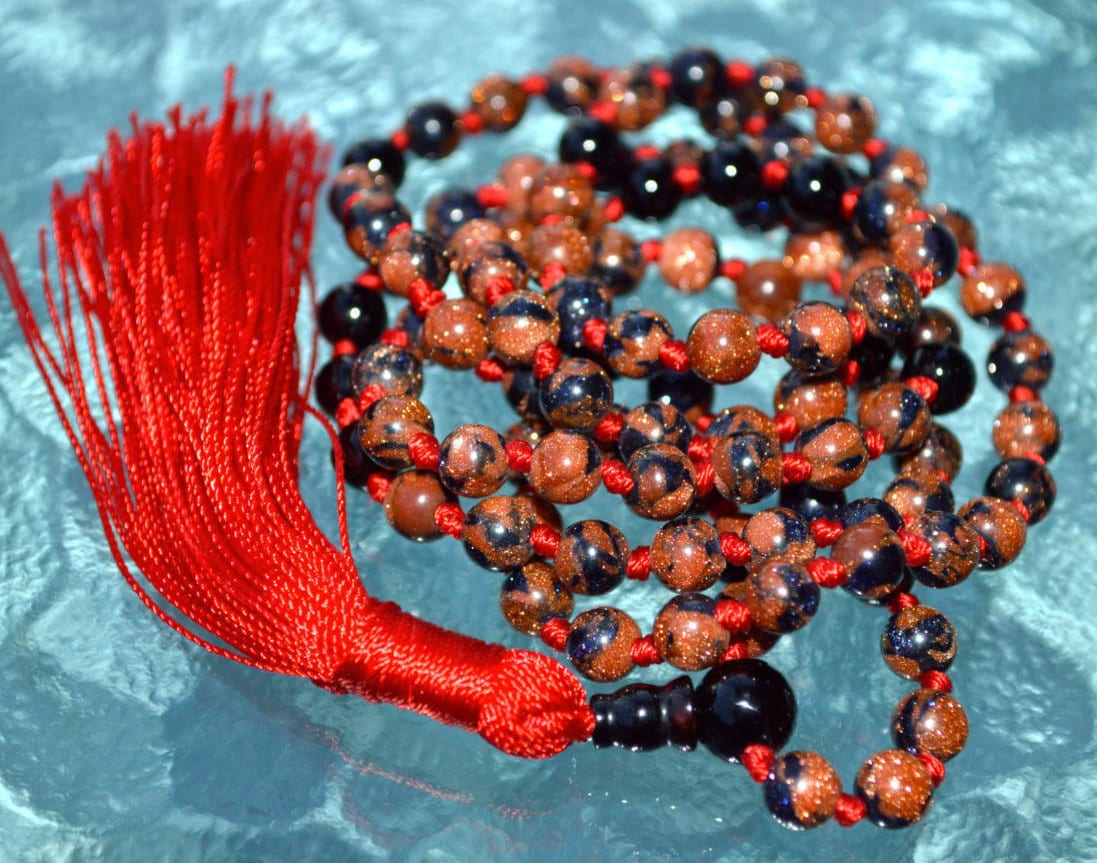 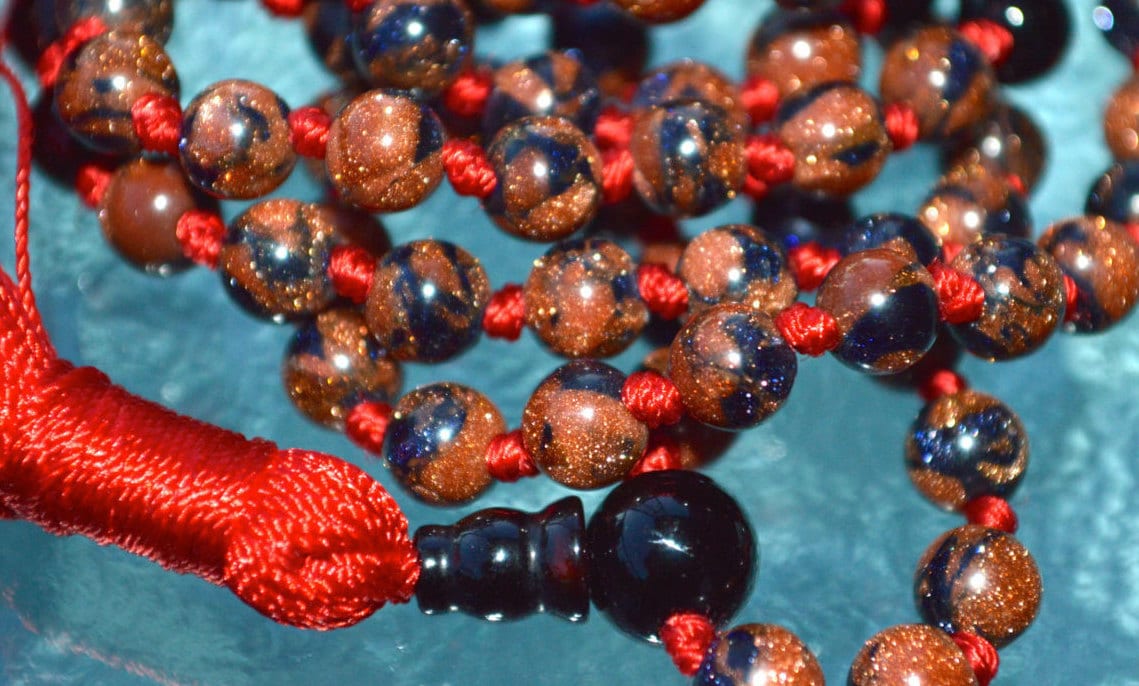 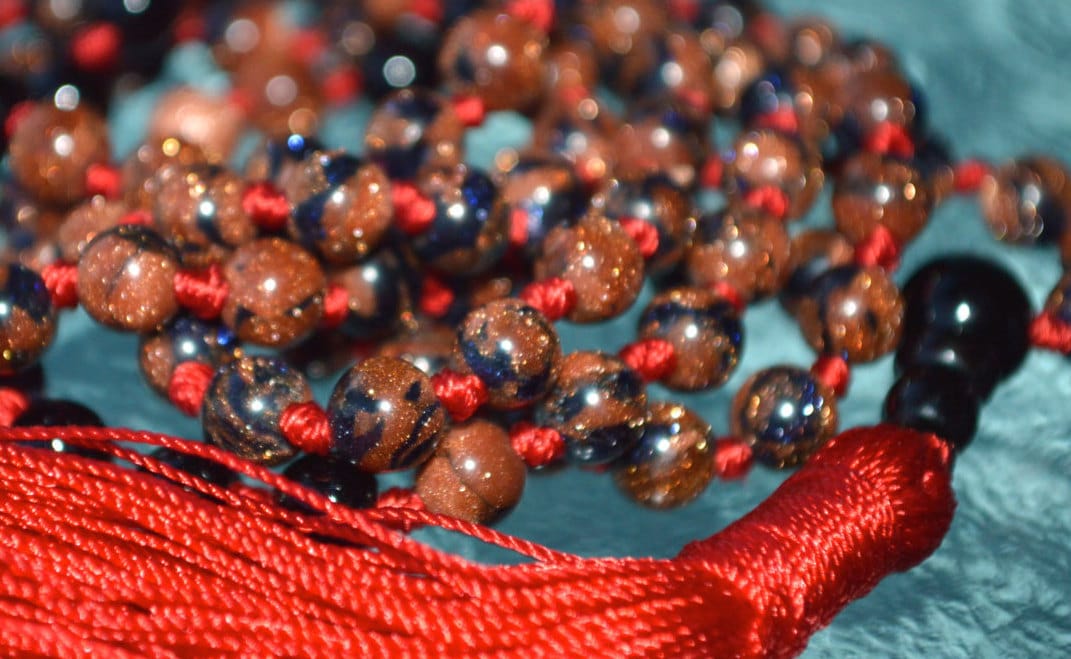 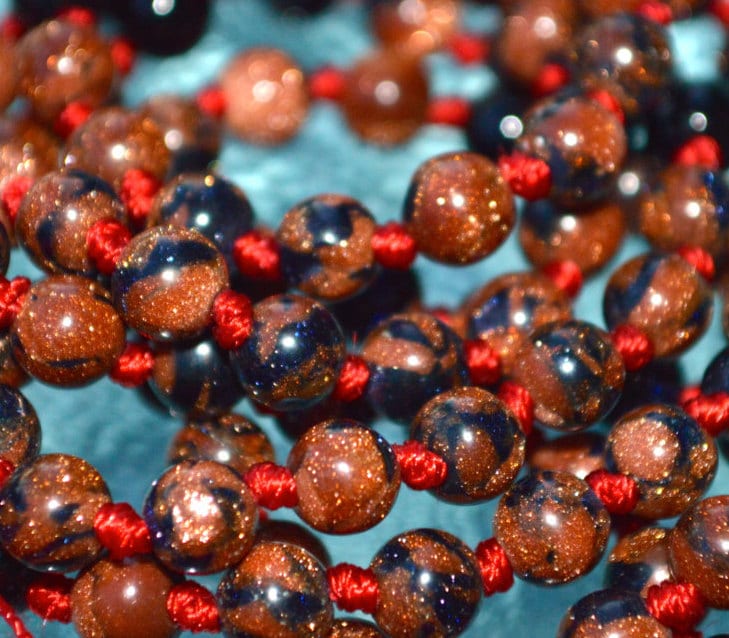 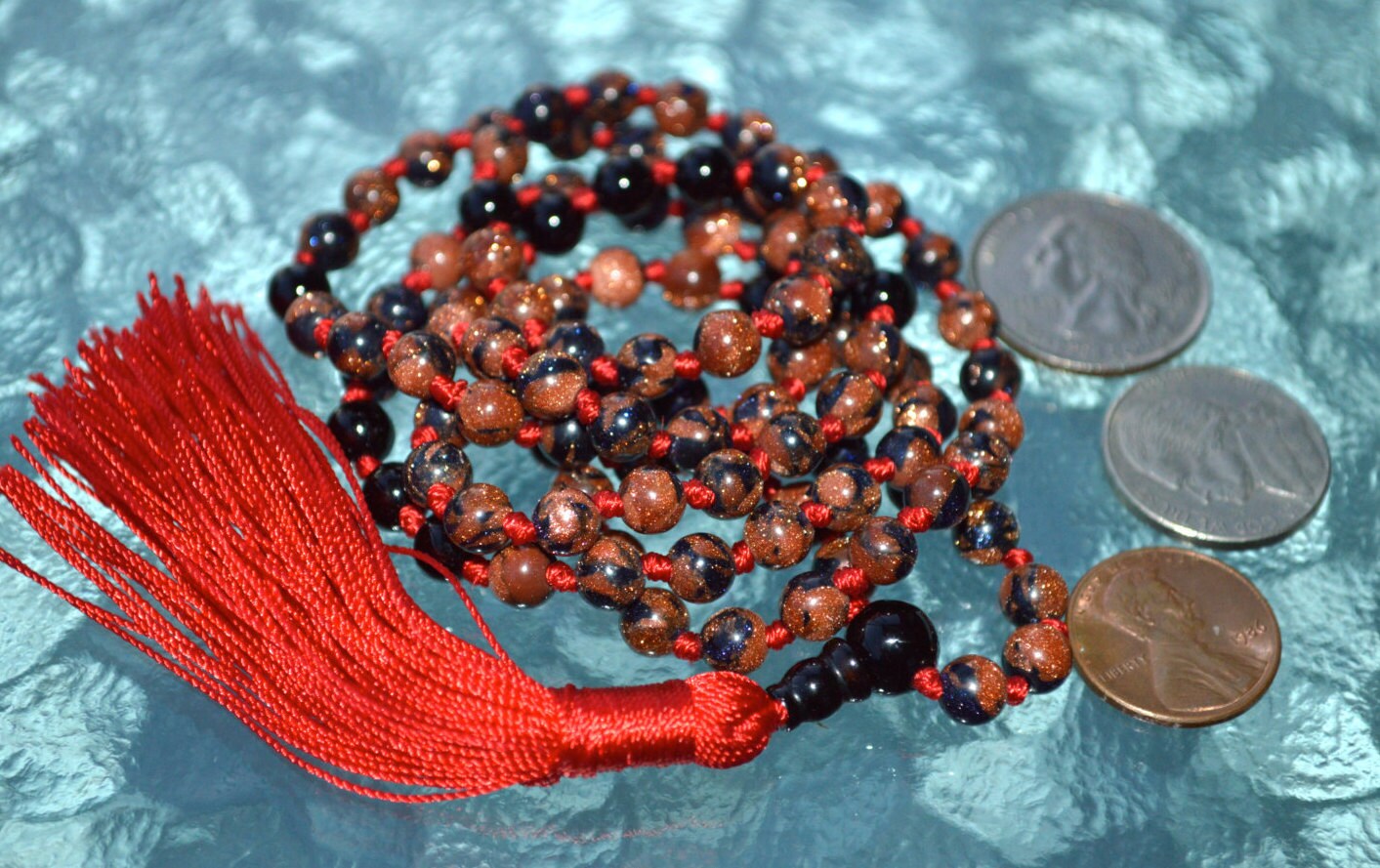 RAREST Mahogany Red Black Snowflake Obsidian Mala with Carnelian guru bead. Mahogany Obsidian balances male and female energies, as well as stabilizing one's physical attributes. Red and Black Obsidian influence Kundalini energies. Red and Black Obsidian with a Snowflake pattern is excellent for grounding during meditation and stabilization of Kundalini energy. Obsidian is a grounding stone but also contains a fiery element. It is useful for developing the strength needed to stand on your own convictions against any enemy (hidden or otherwise). Mahogany obsidian has a gentle energy that will ground and protect its owner. Use it for strength in times of need, to remove energy blocks, and give new life to your purposes and goals. Healers use it to relieve pain and improve circulation.