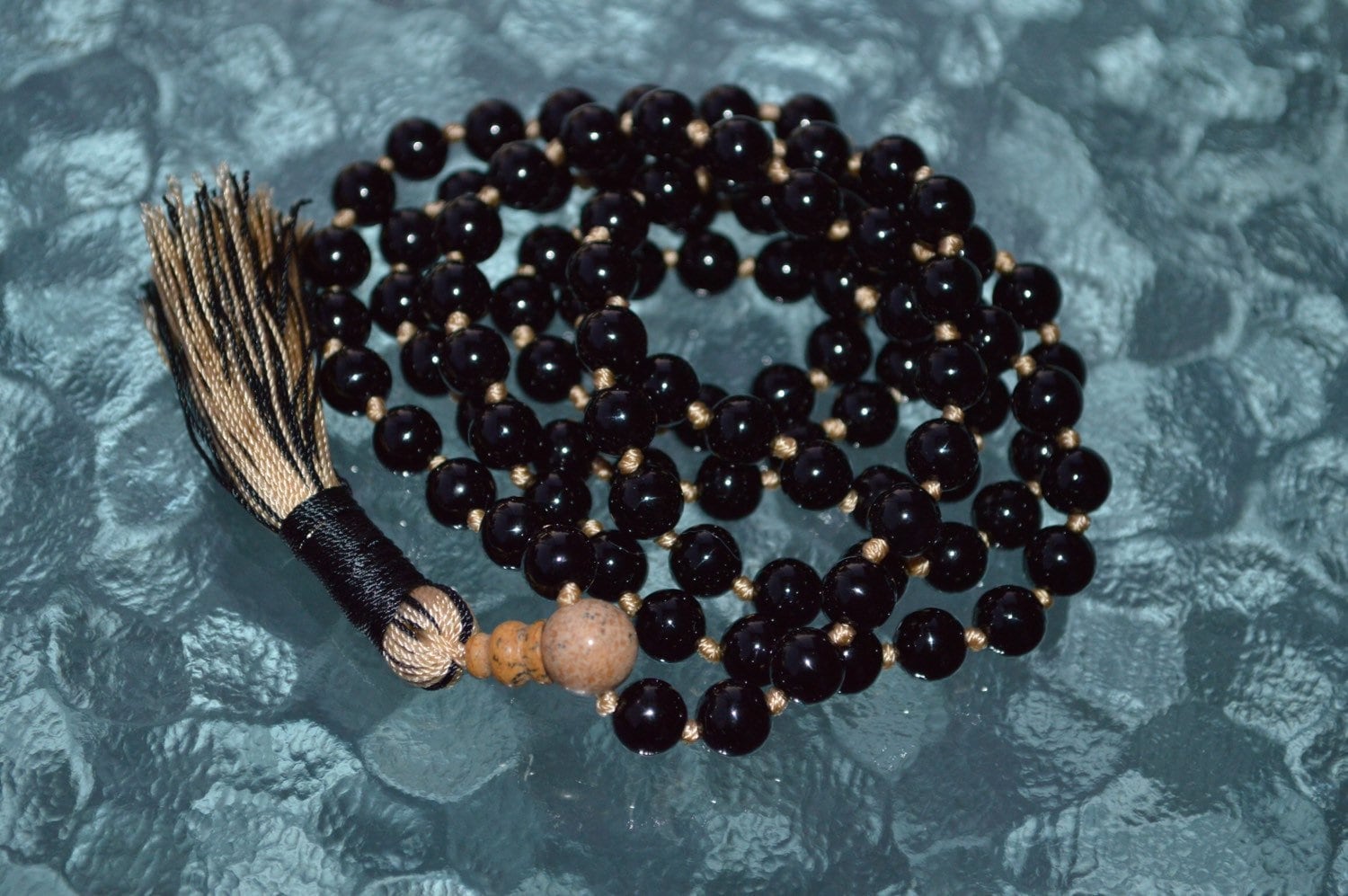 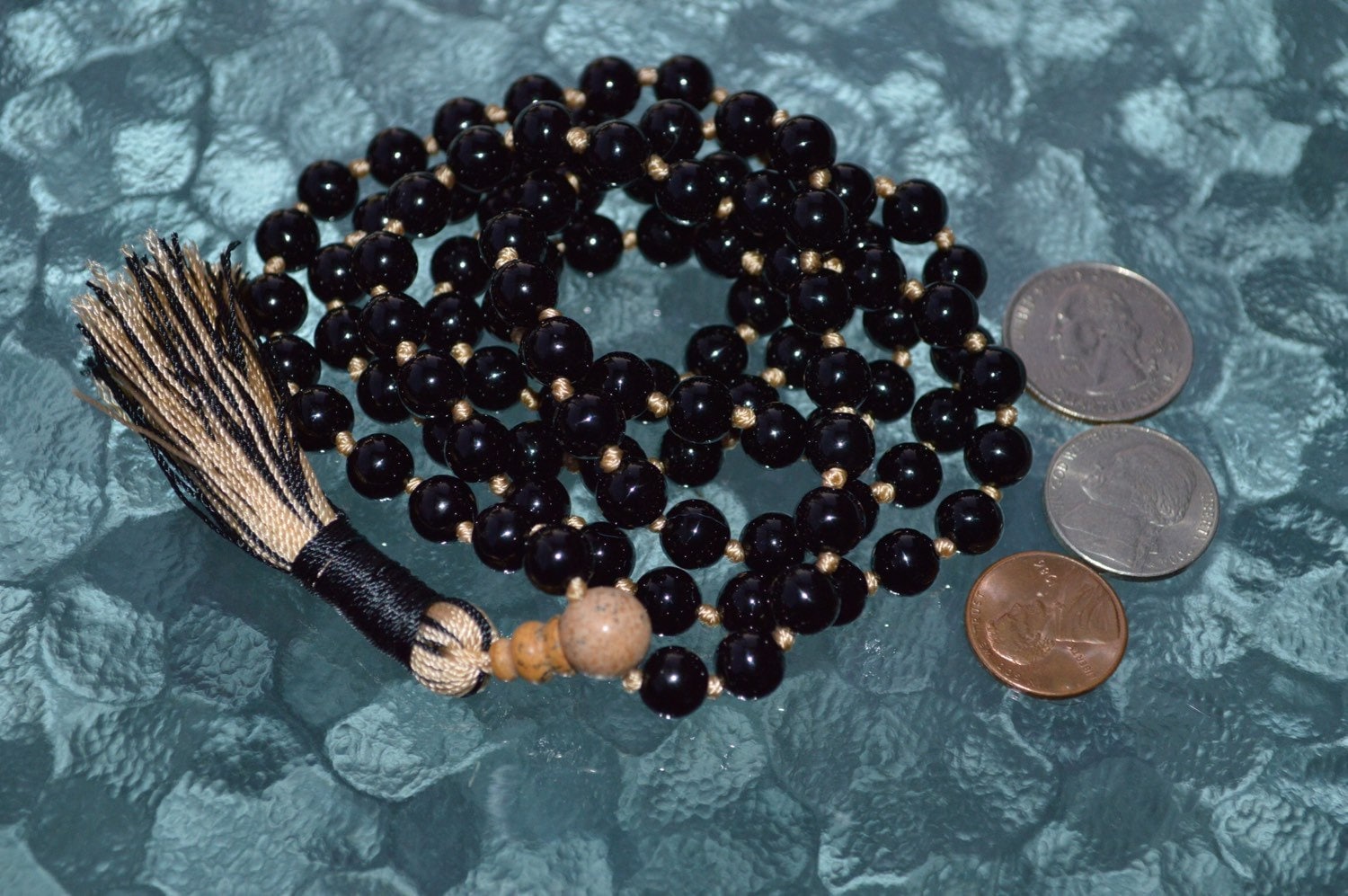 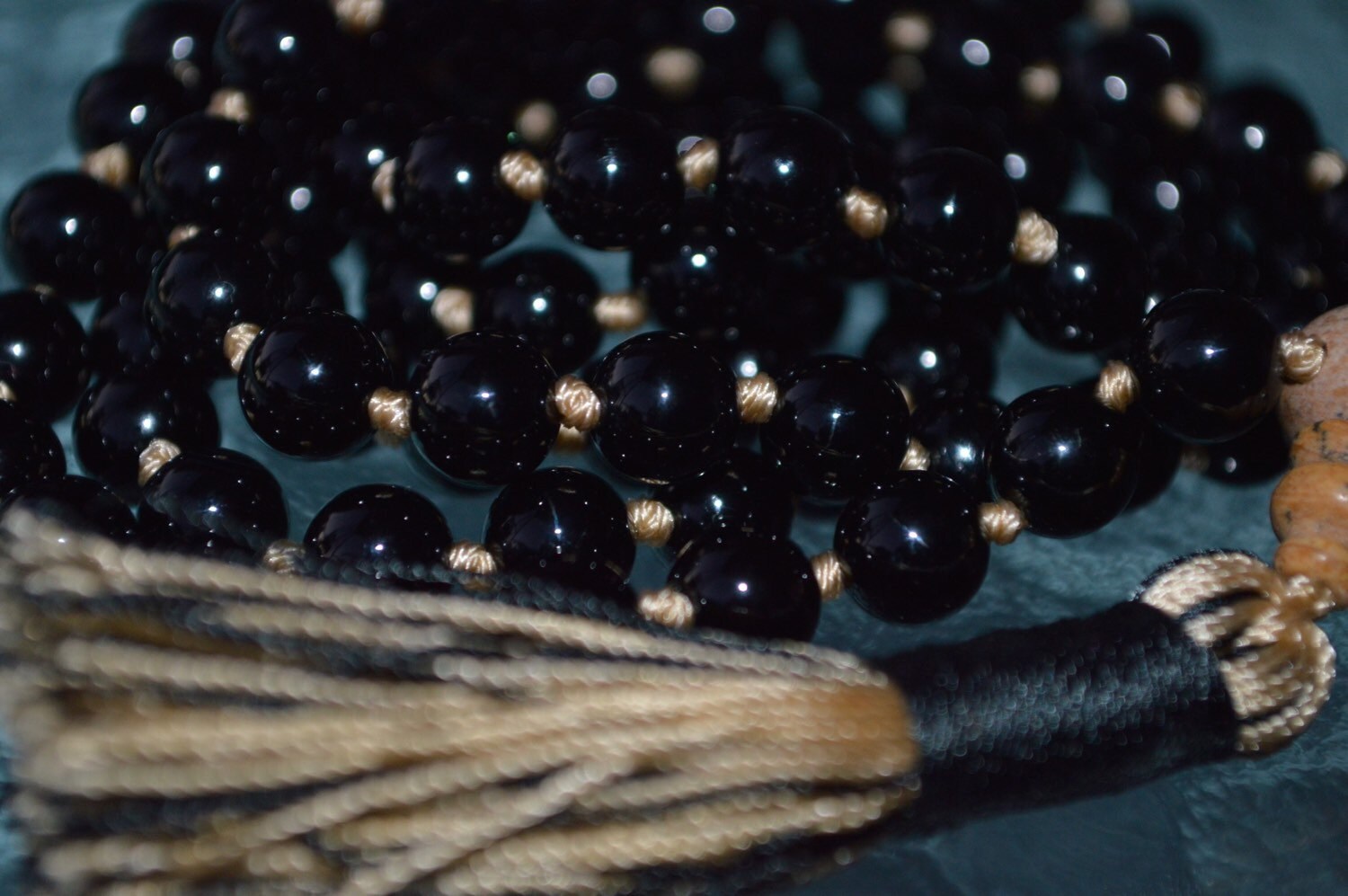 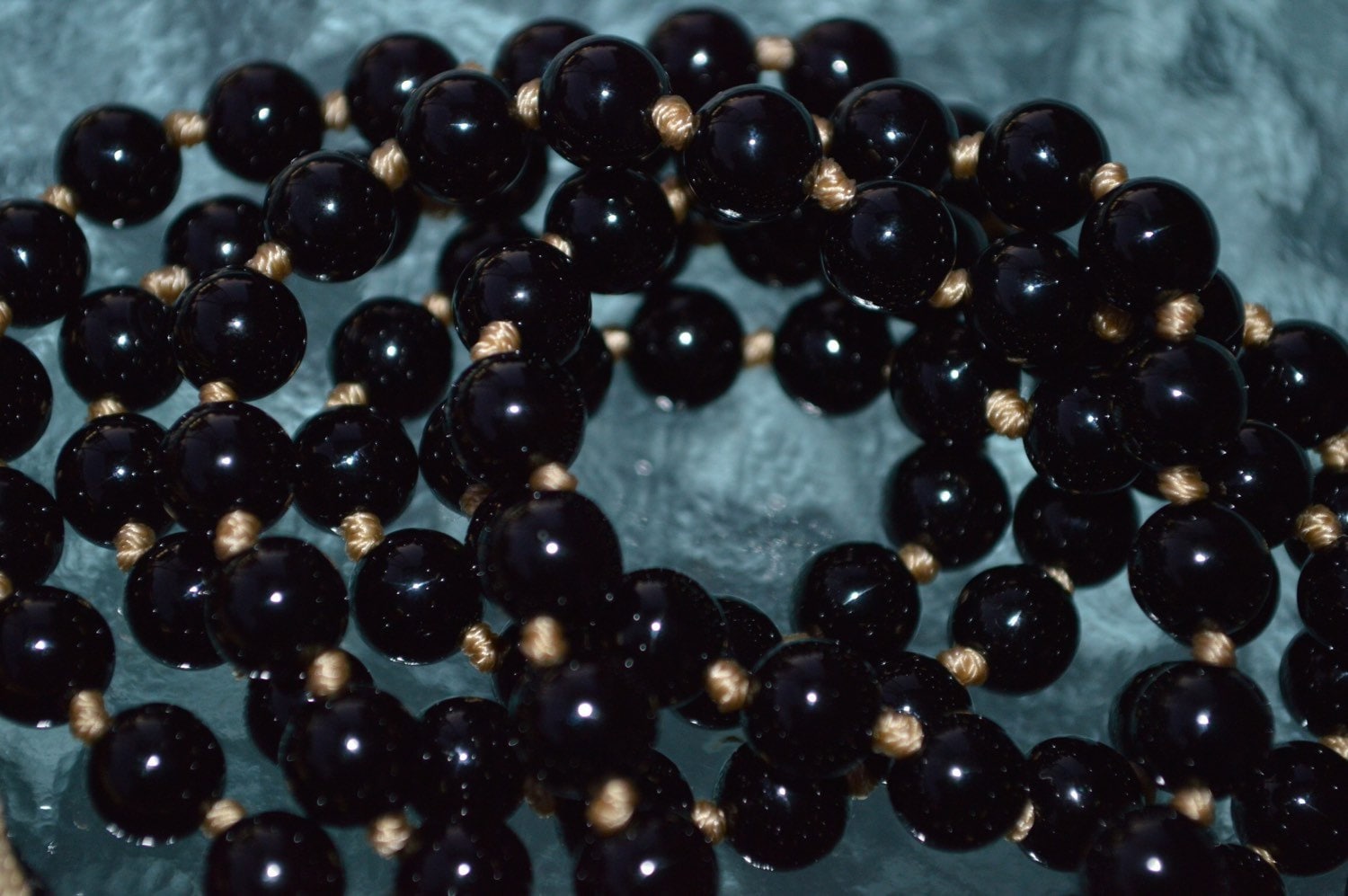 This mala as absolutely stunning. The beads are quite a bit smaller than I imagined, but it only makes me love it more as it is less in the way and more discrete. (I can wear it under my clothing if I must.) The colors are off slightly. The thread is darker in hue, but I actually find it quite lovely either way. Just holding the mala shows me how much time, effort, and work was put into making it just right. Not only all of that, but it arrived two days earlier than expected. It is a wonderfully crafted item, and truly a spiritual tool that I plan to use for many days to come. Thank you!