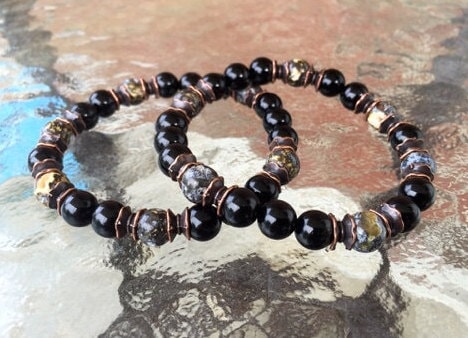 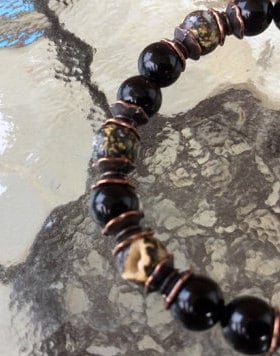 THE BRACELET HAS COPPER/BRASS SPACERS.