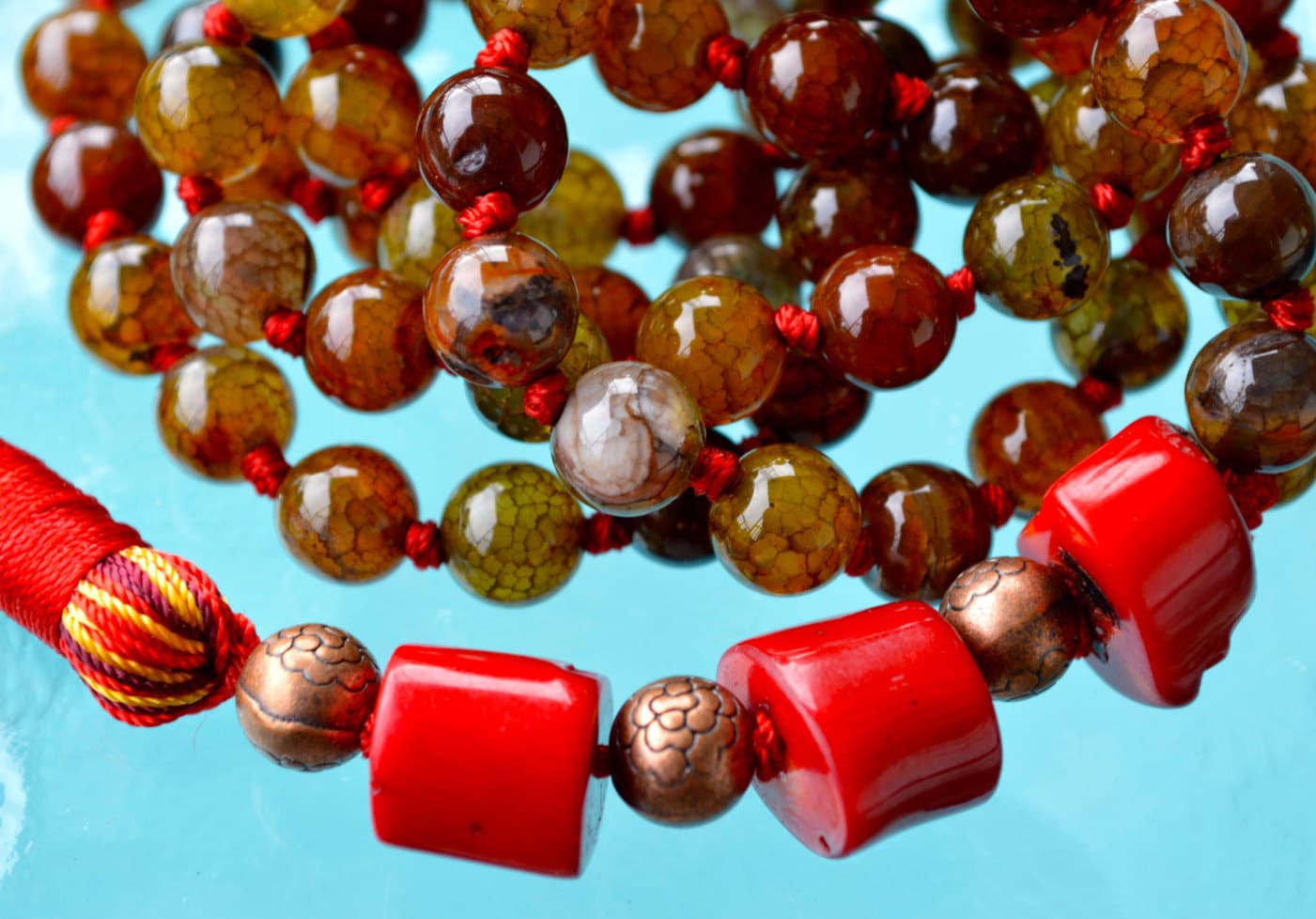 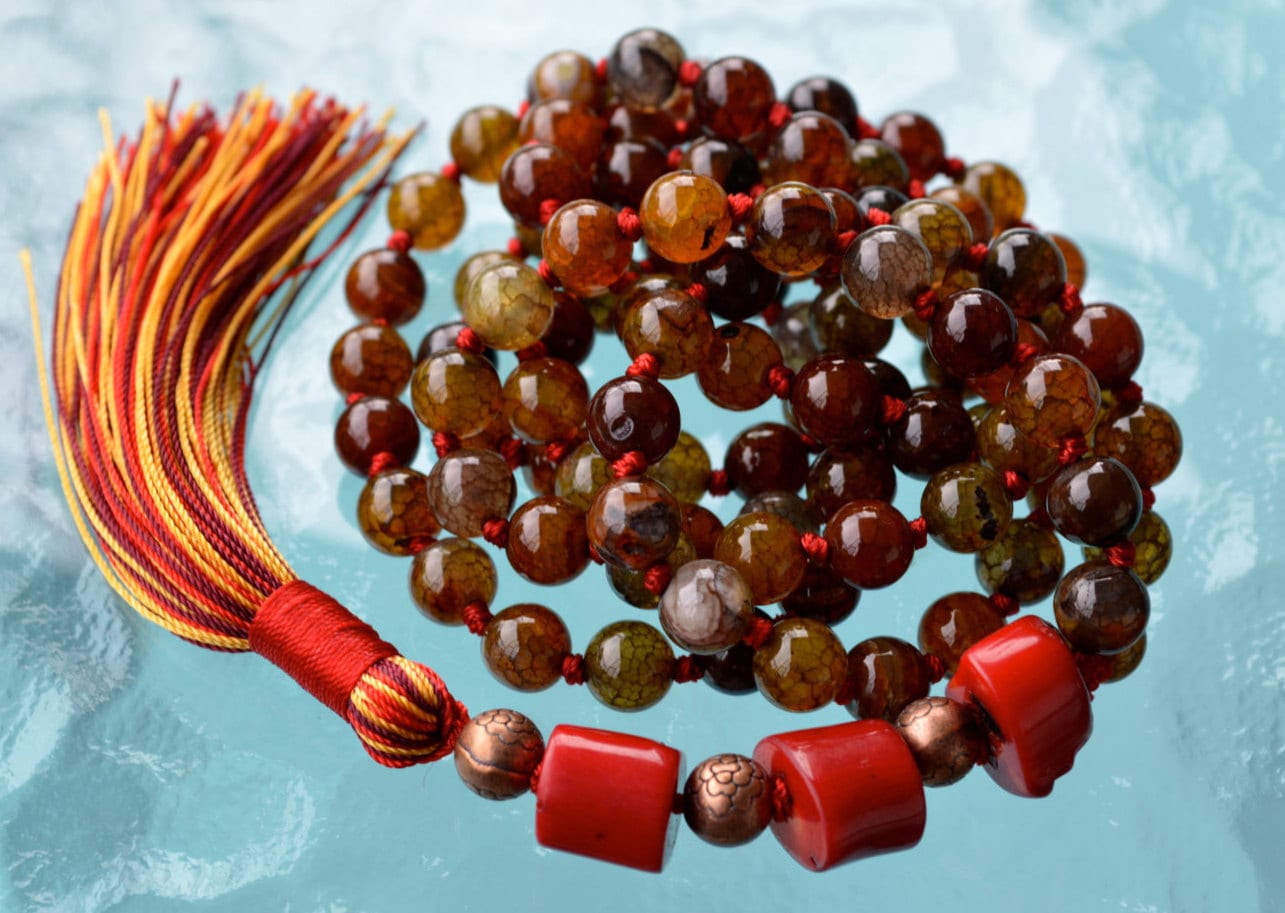 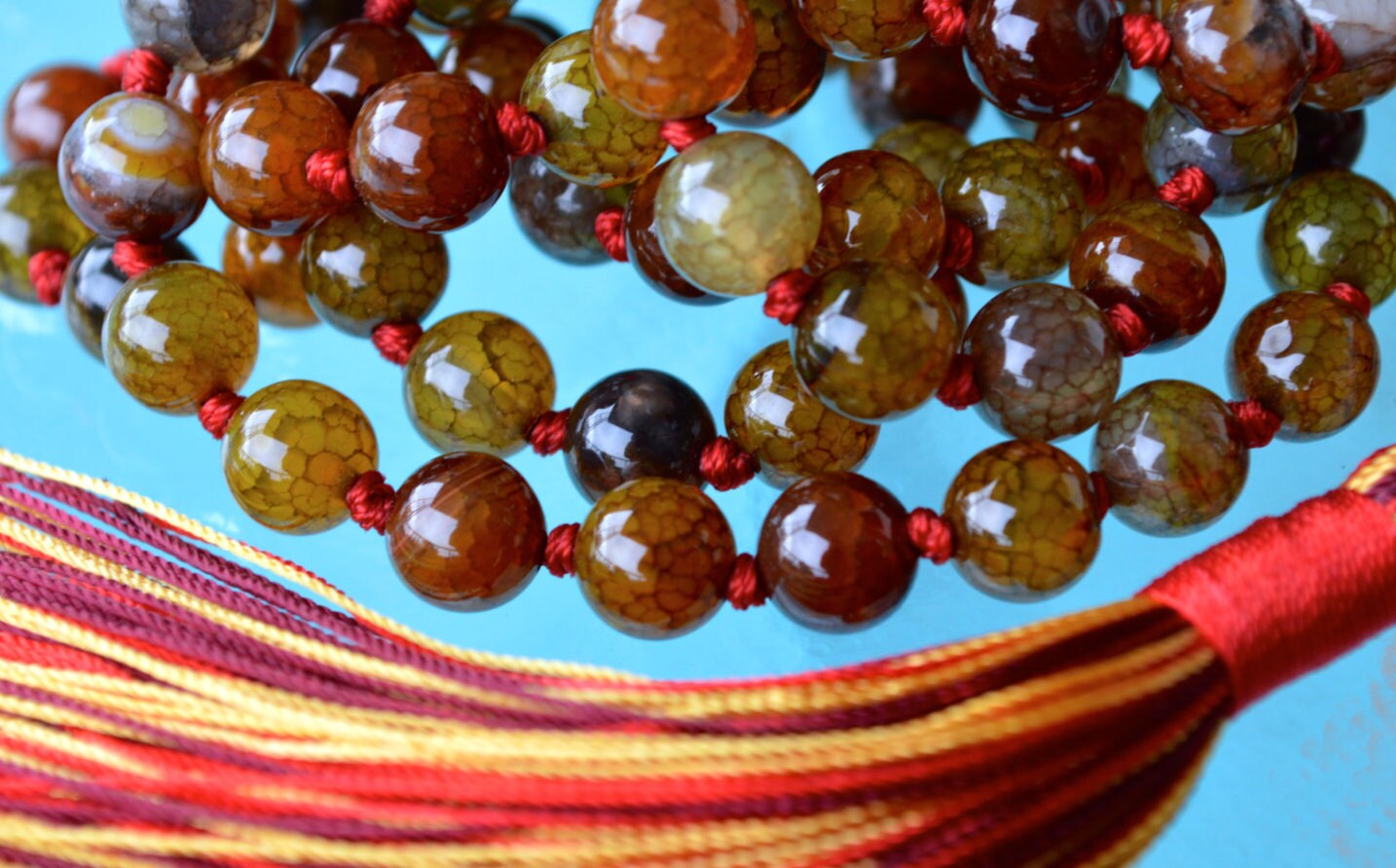 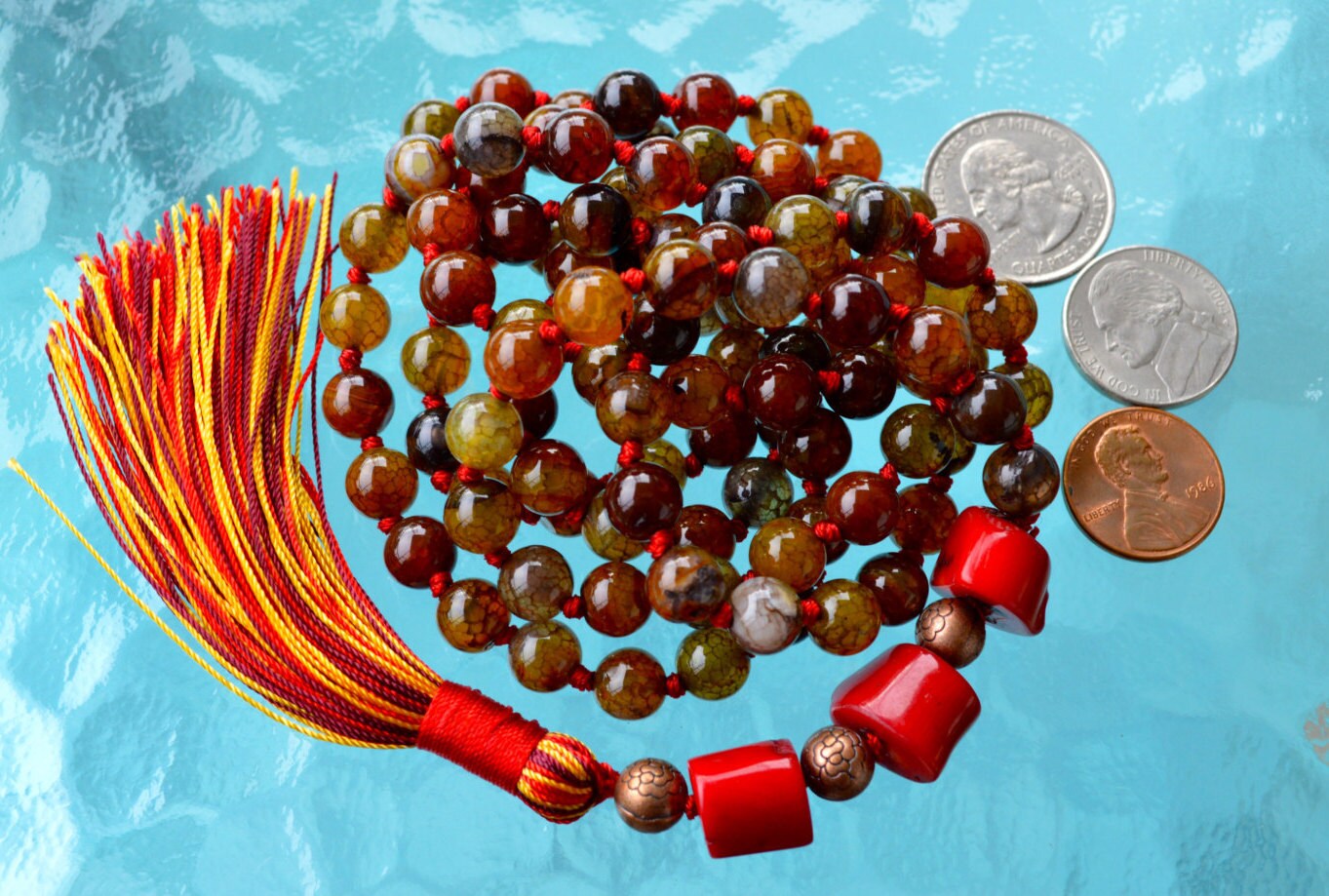 The title description has a character limit so please read more about Red Coral and Dragon's vein Agate, the significance of mantra, and 108 mala-bead necklaces below!

A free mala pouch is included for you to store your mala! The mala has 20 mm Red Copper Guru Bead.

This mala has been blessed and energized with proper mantras, puja, and spiritually activated by Swami Budhiraja to infuse potency and power.

What is NATURAL AGATE?