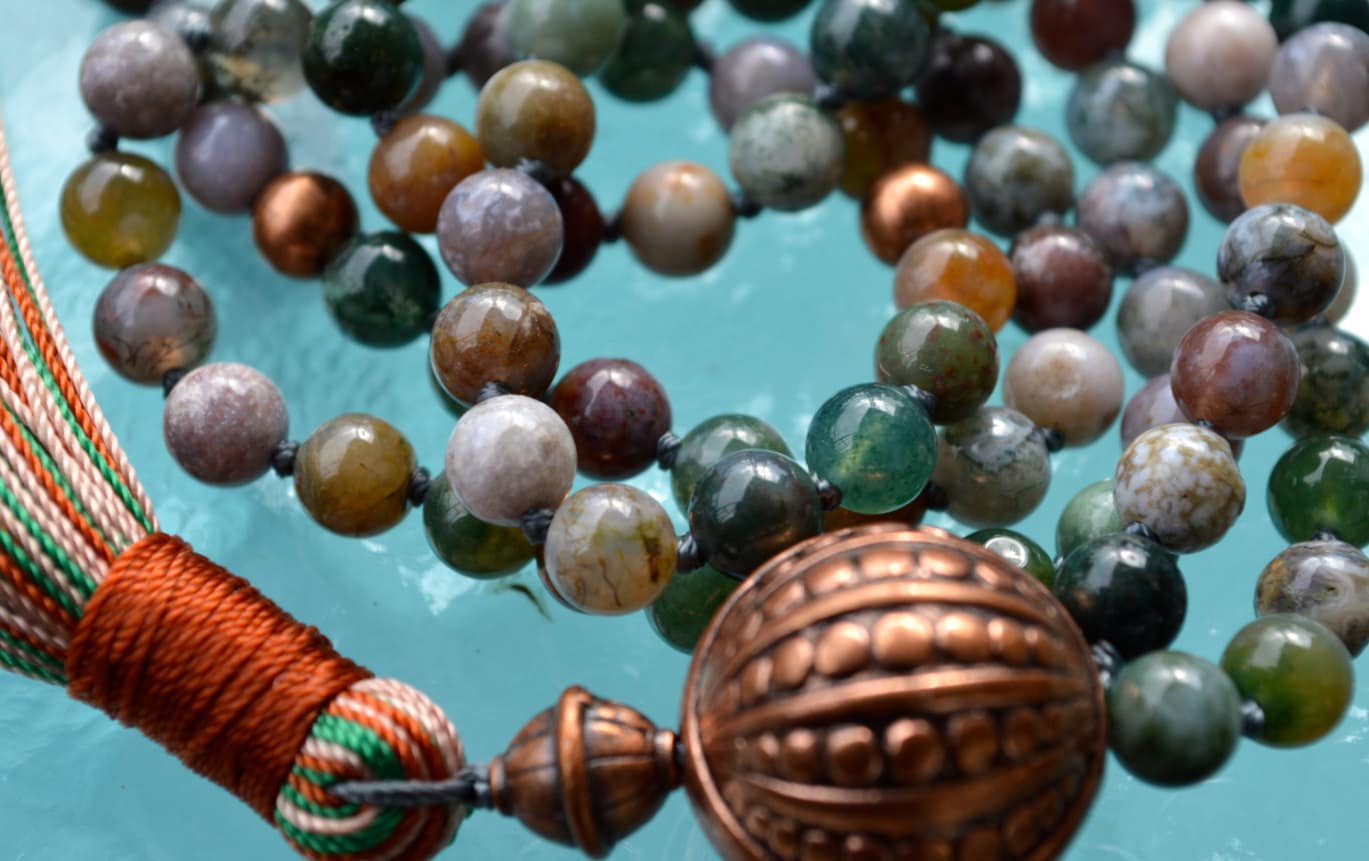 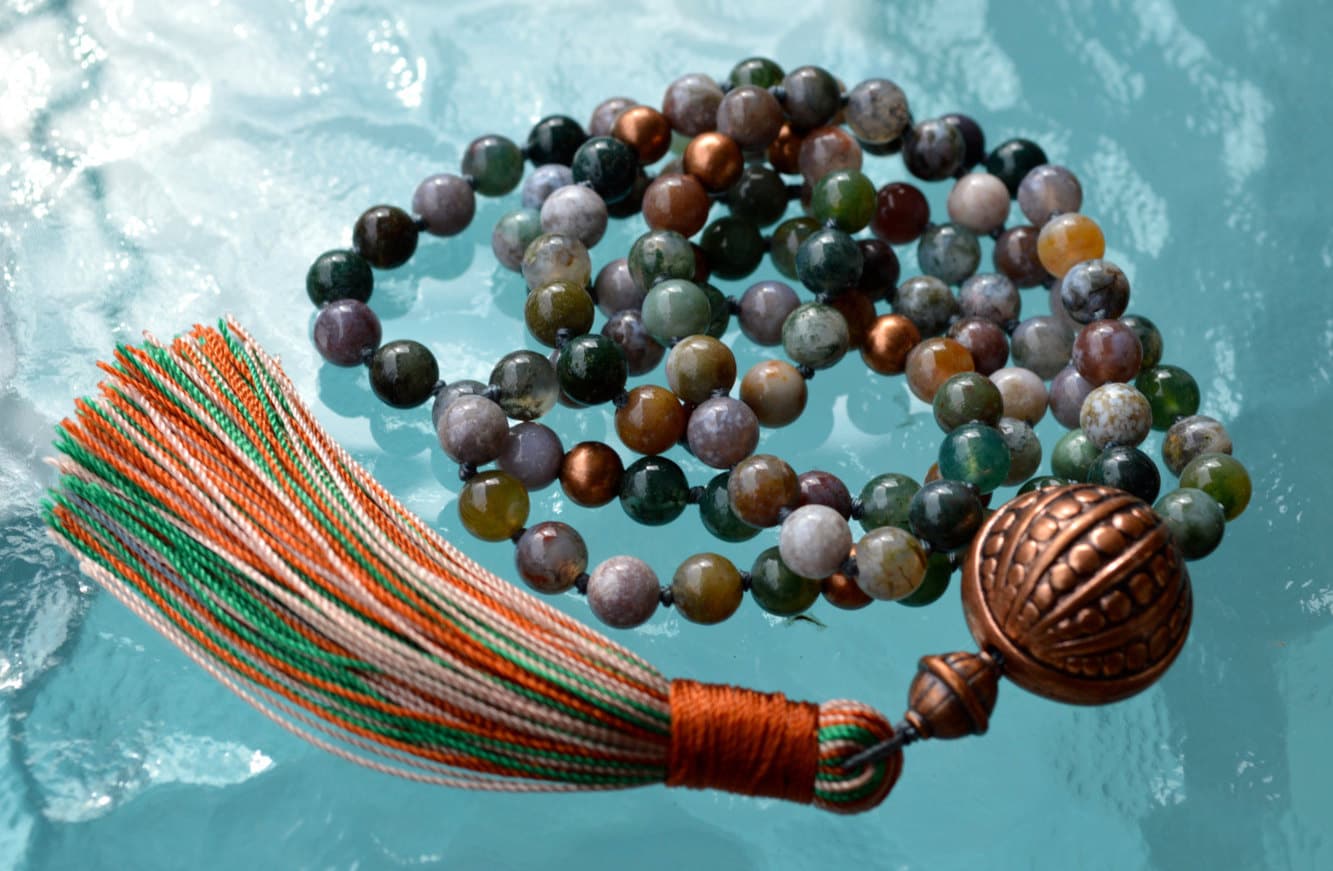 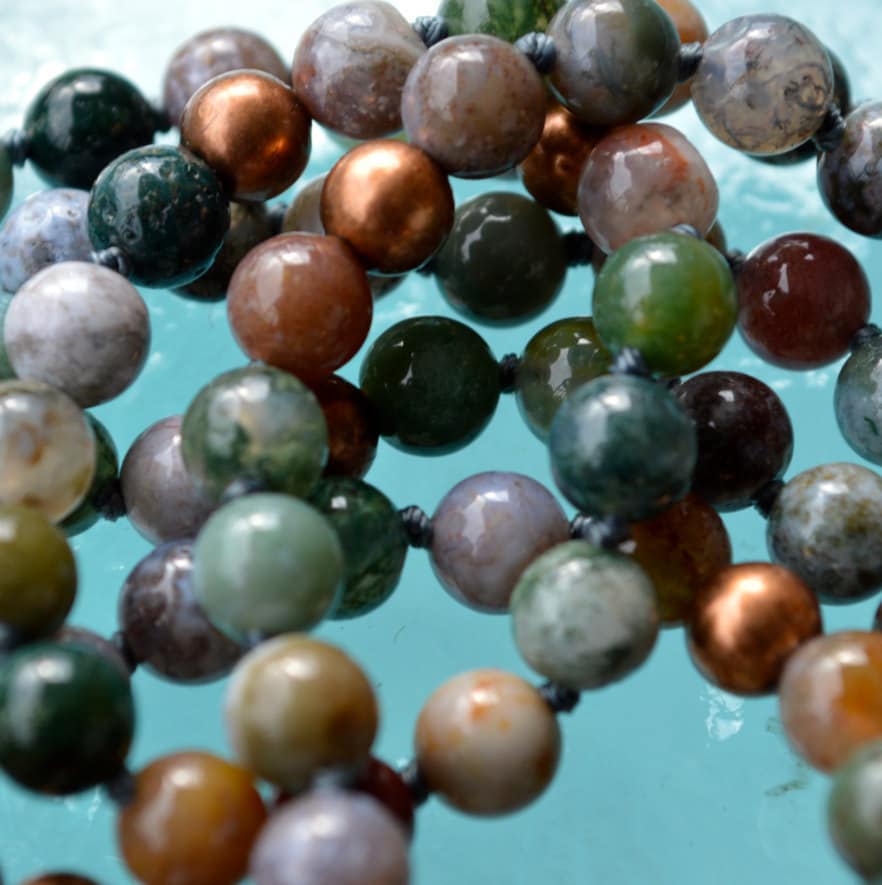 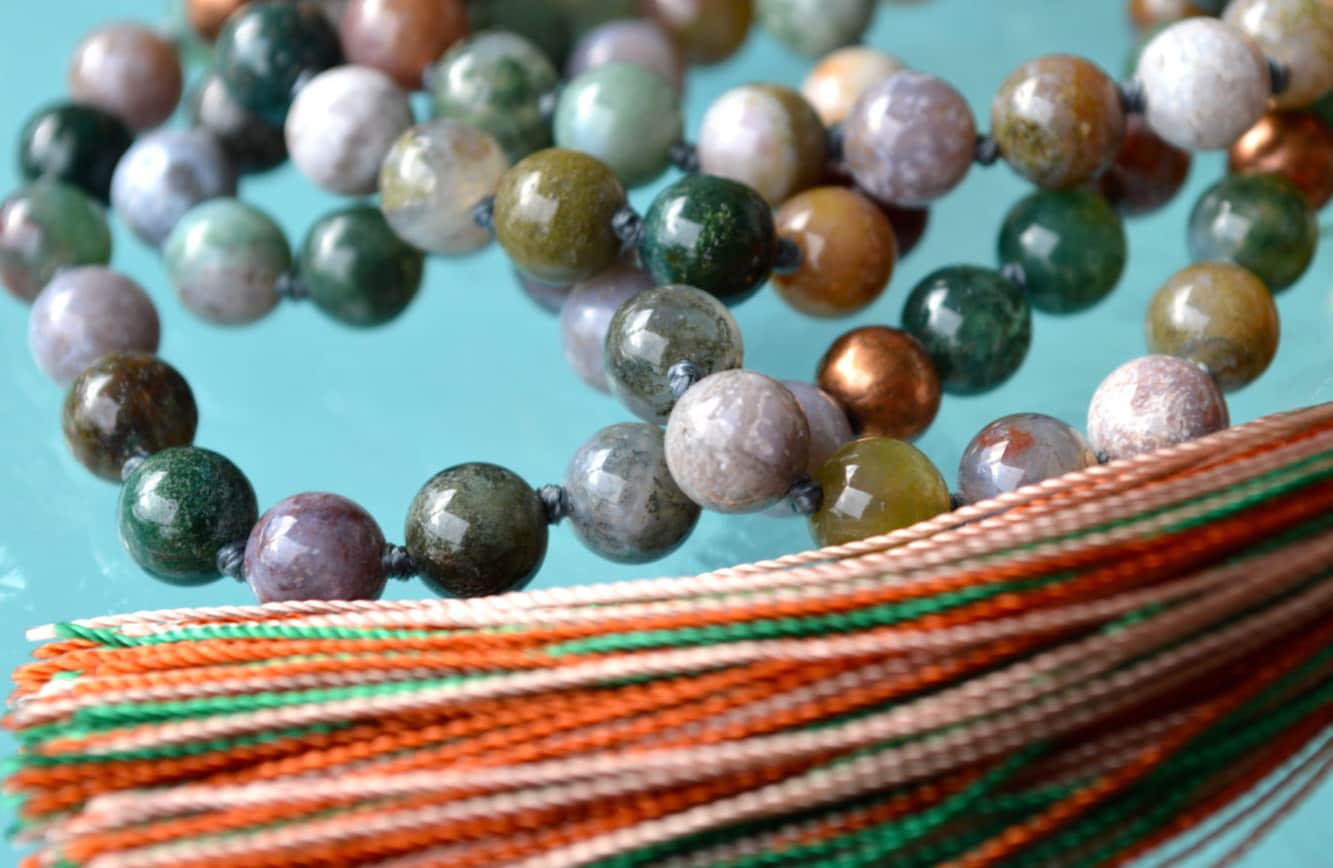 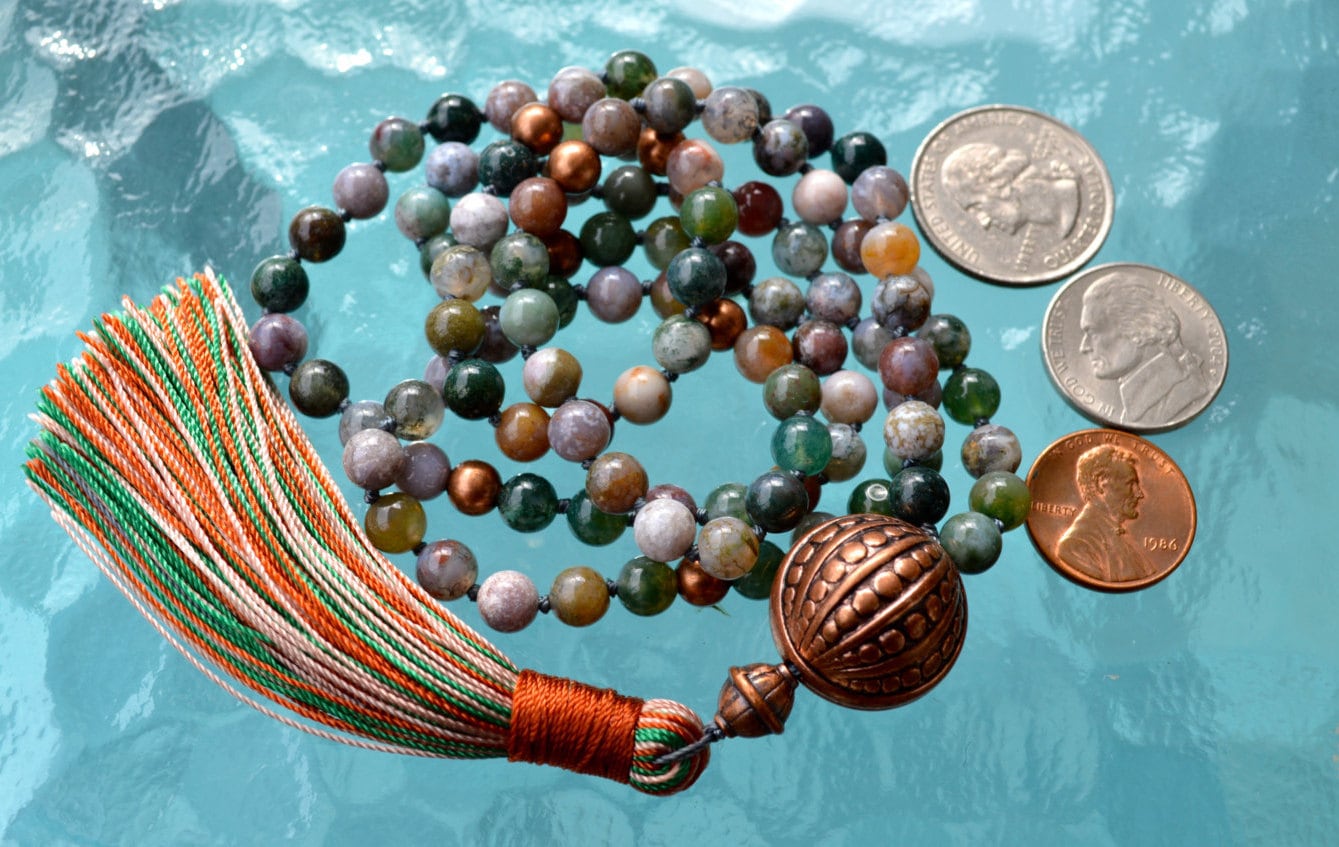 
This mala is hand-knotted with a strong silk/nylon thread to give the mala a long life and durability. Each knot between the beads is done with positive vibes and love by chanting vedic mantras from hindu holy books to energize and infuse positive vibes and maximum power.

A free mala pouch is included for you to store your mala! The mala has 20 mm Red Copper Guru Bead and copper beads spacers.


This mala has been blessed and energized with proper mantras, puja, and spiritually activated to infuse potency and power.


What is INDIAN AGATE?