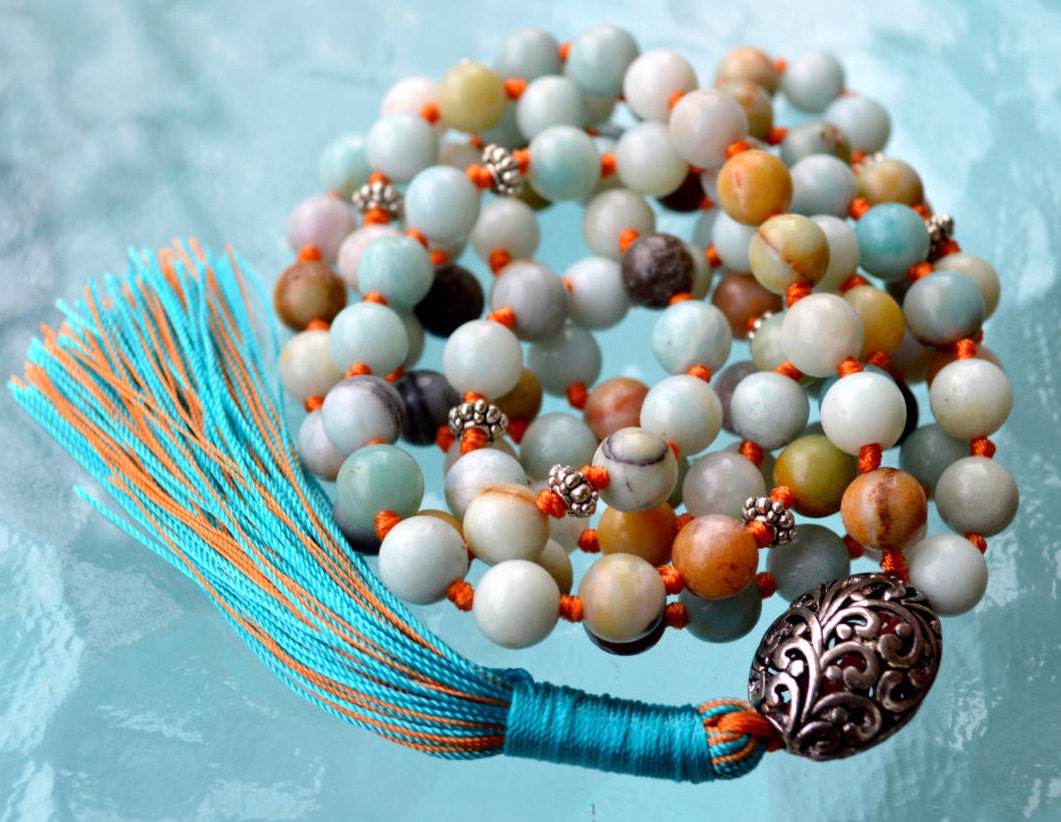 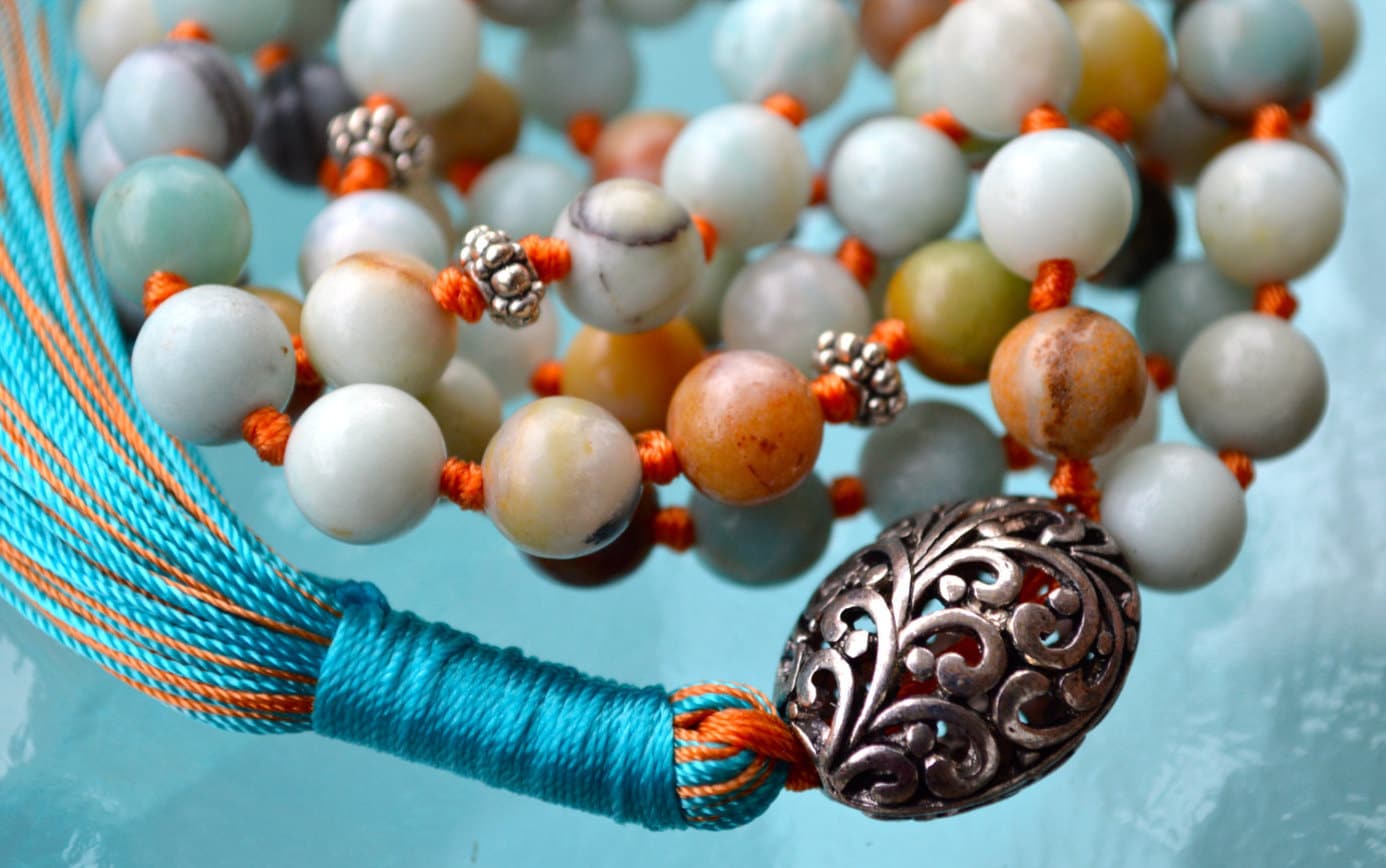 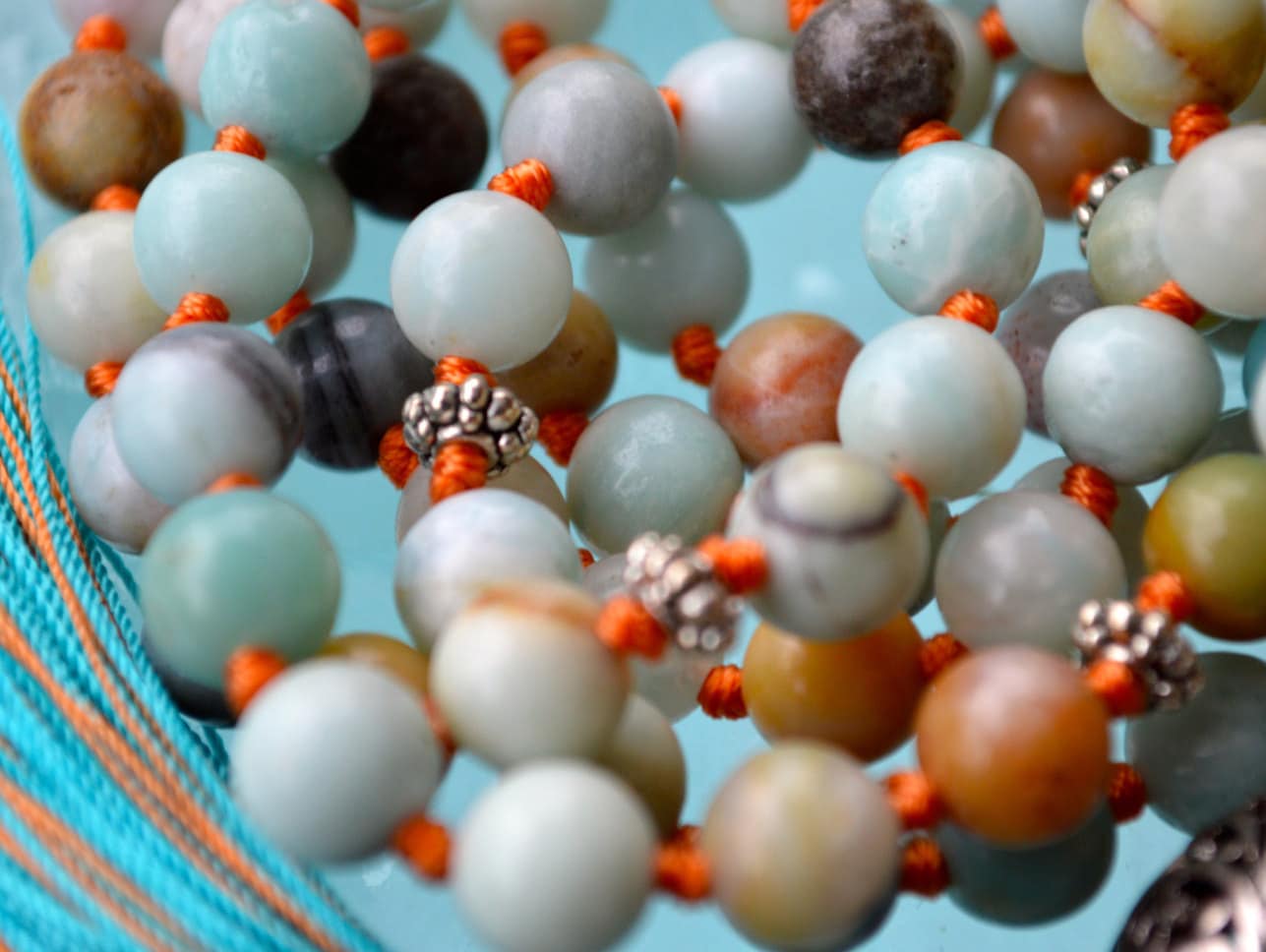 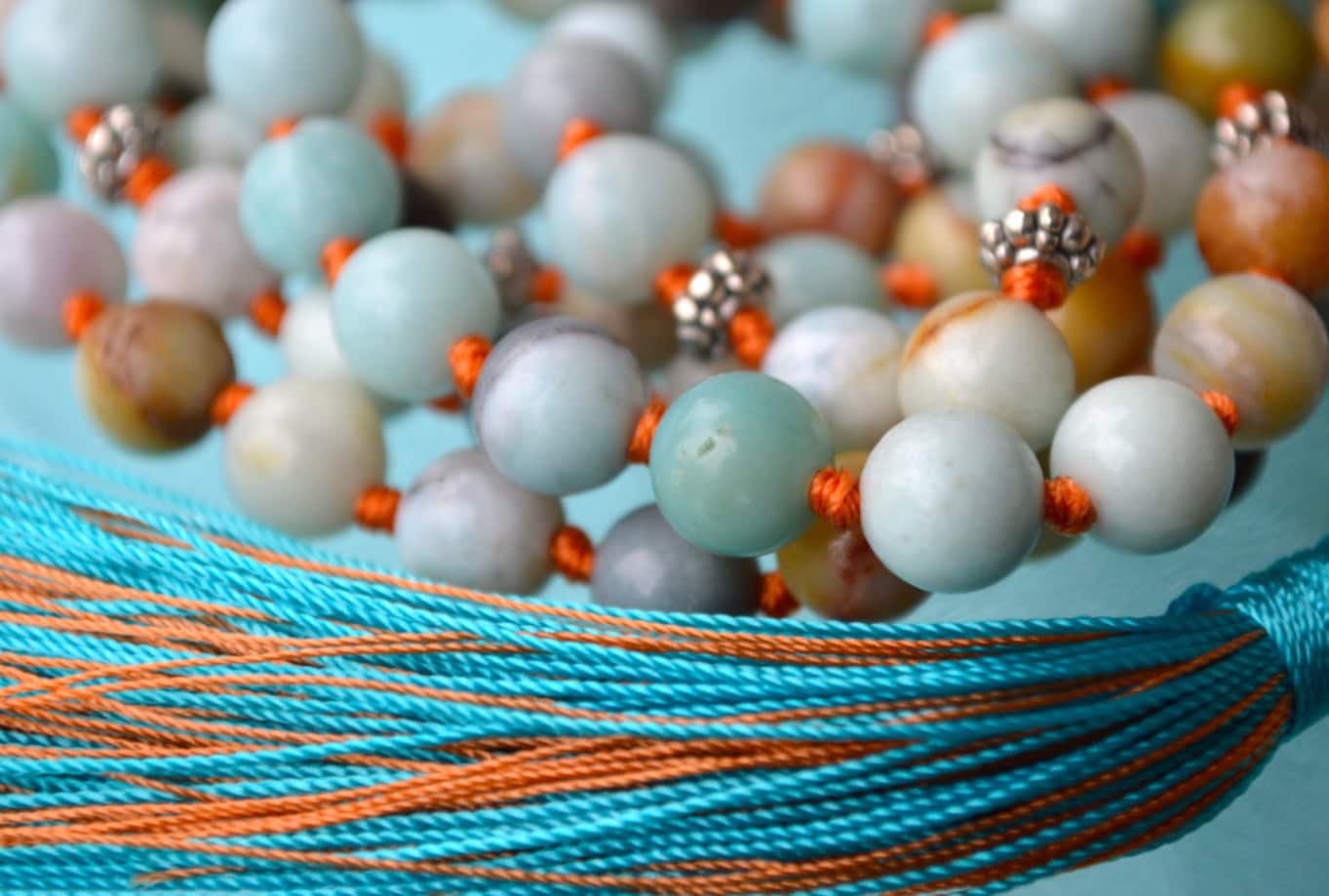 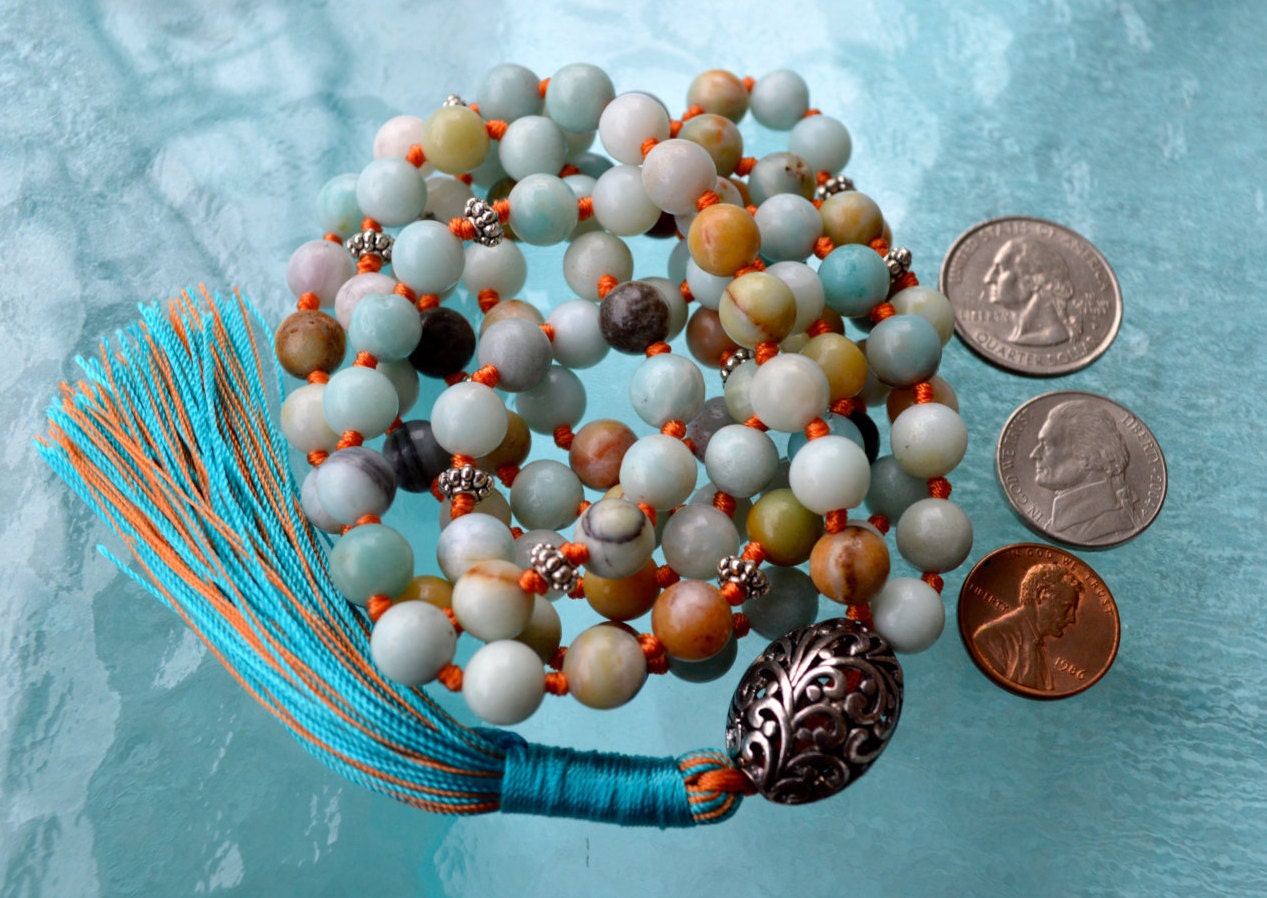 How to Use a Mala?

Hold your Mala in your right hand and use your thumb to “count” each mantra by touching the bead during the recitation and then lightly pushing the bead away on completion and moving to the next bead. The index finger is extended and should not touch the mala. The large meru (mountain) bead should not be counted or touched by the thumb and is used as a starting and ending point of the recitation. If you have a wrist mala of 27 beads you will need to repeat this 3 more times. Continue by pulling the beads and going backwards until you again end at the meru and continue until you have done 108 repetitions, or multiples of 108.