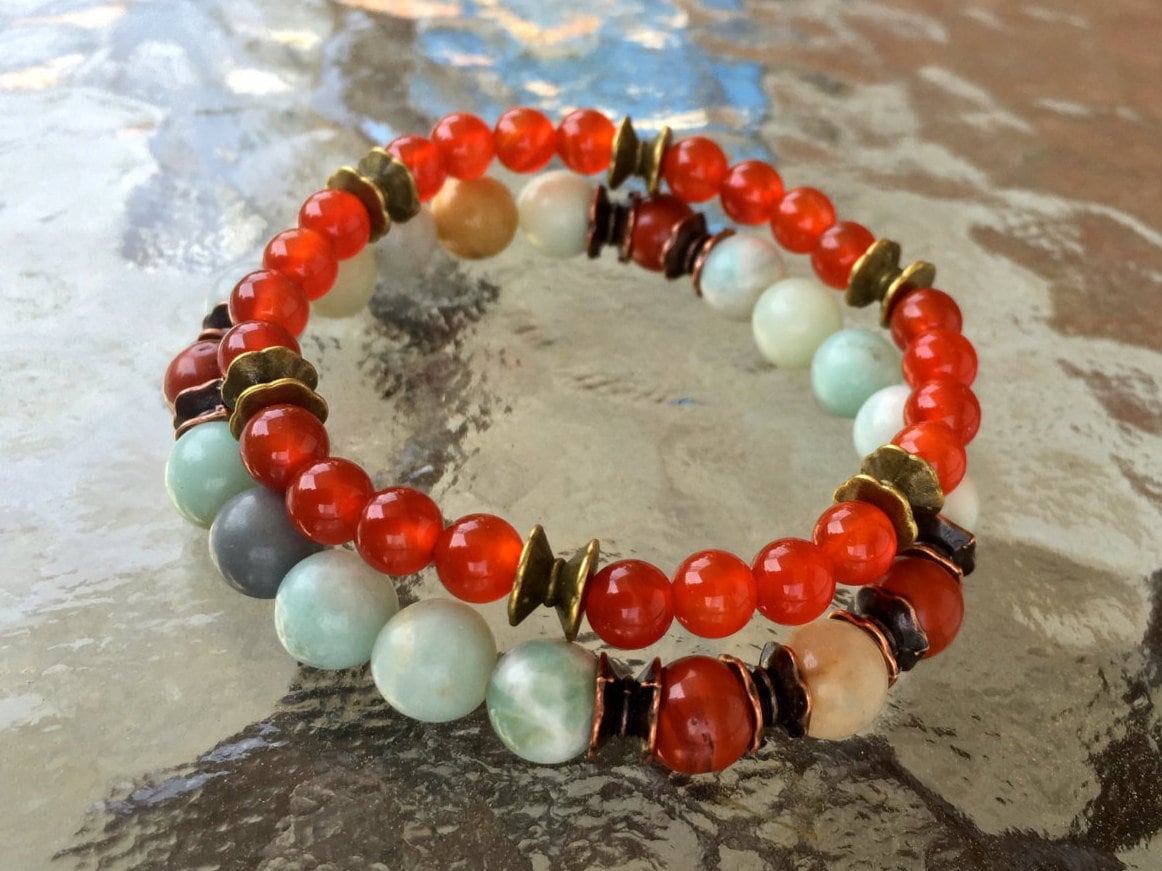 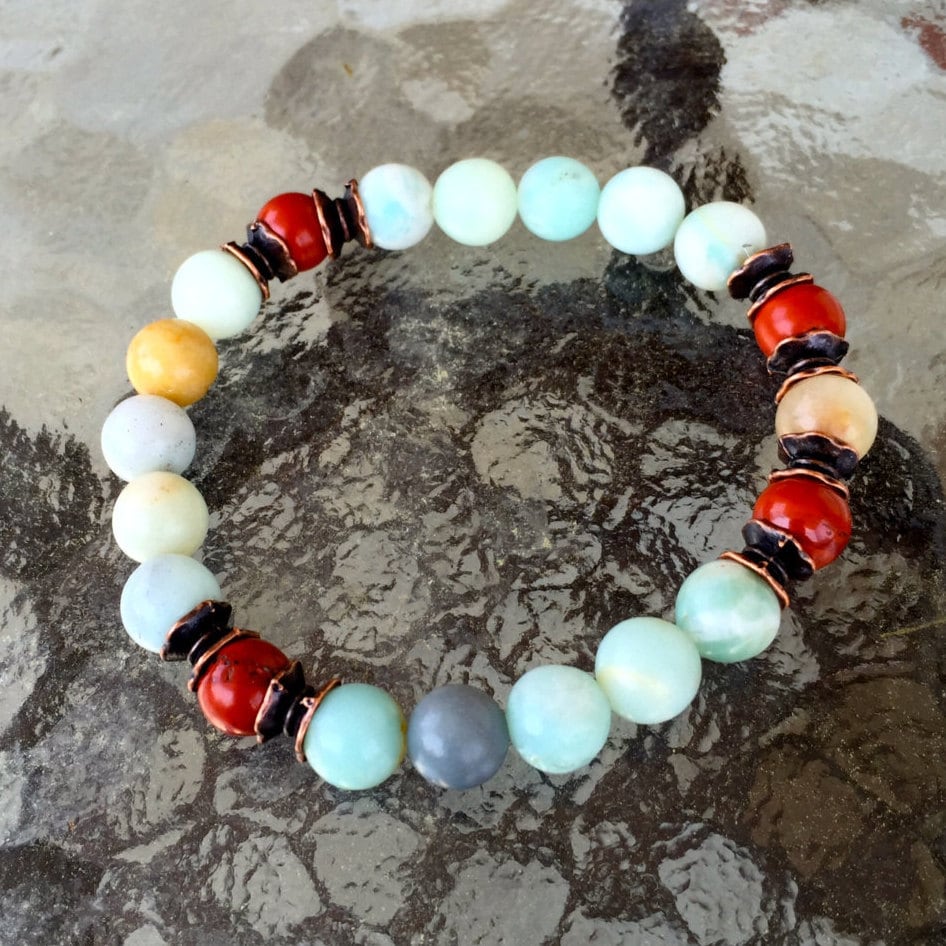 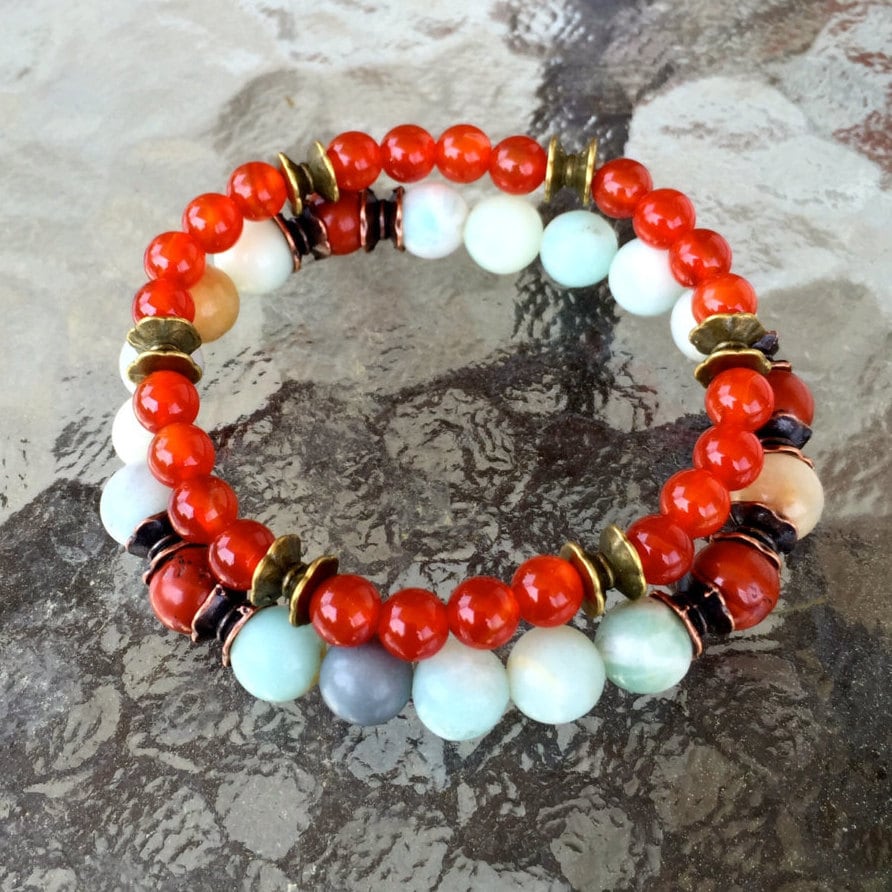 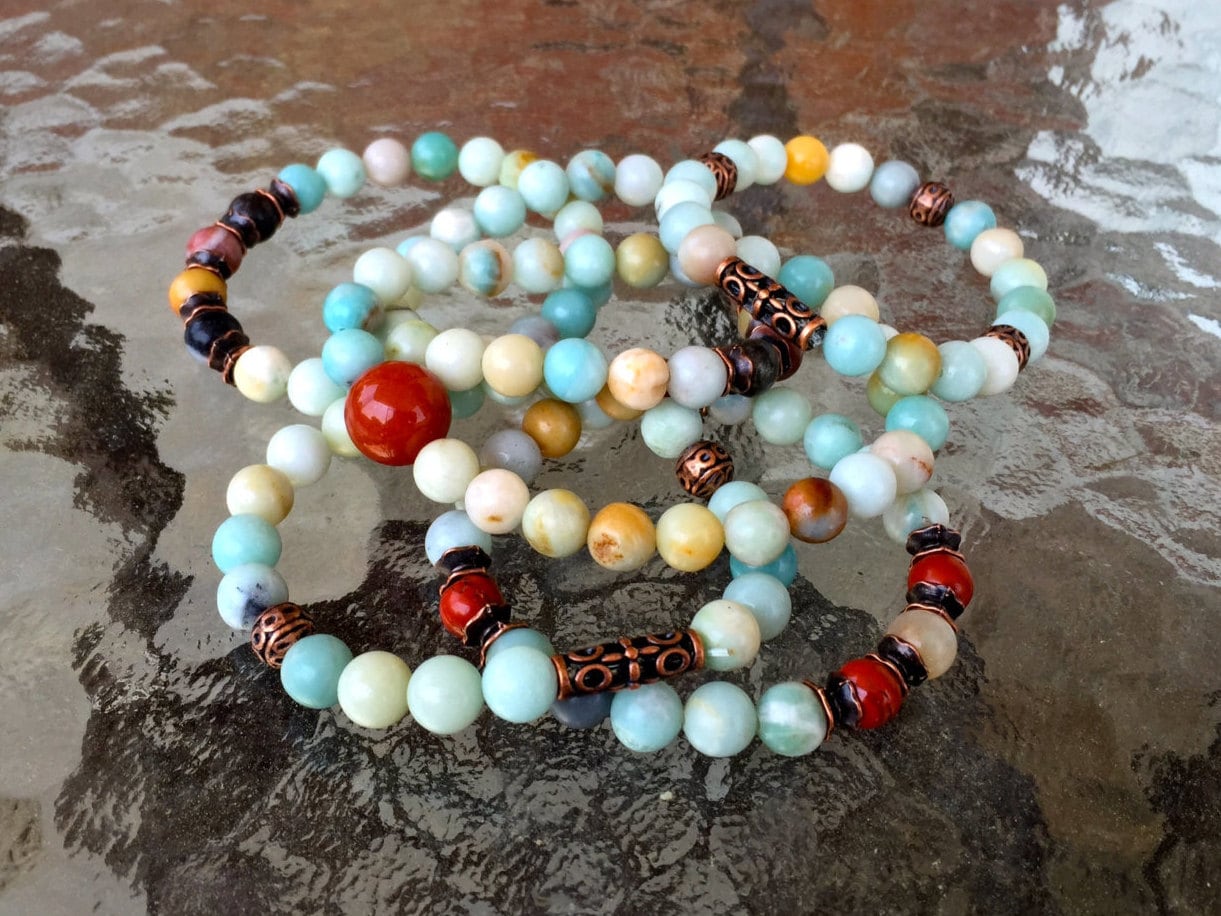 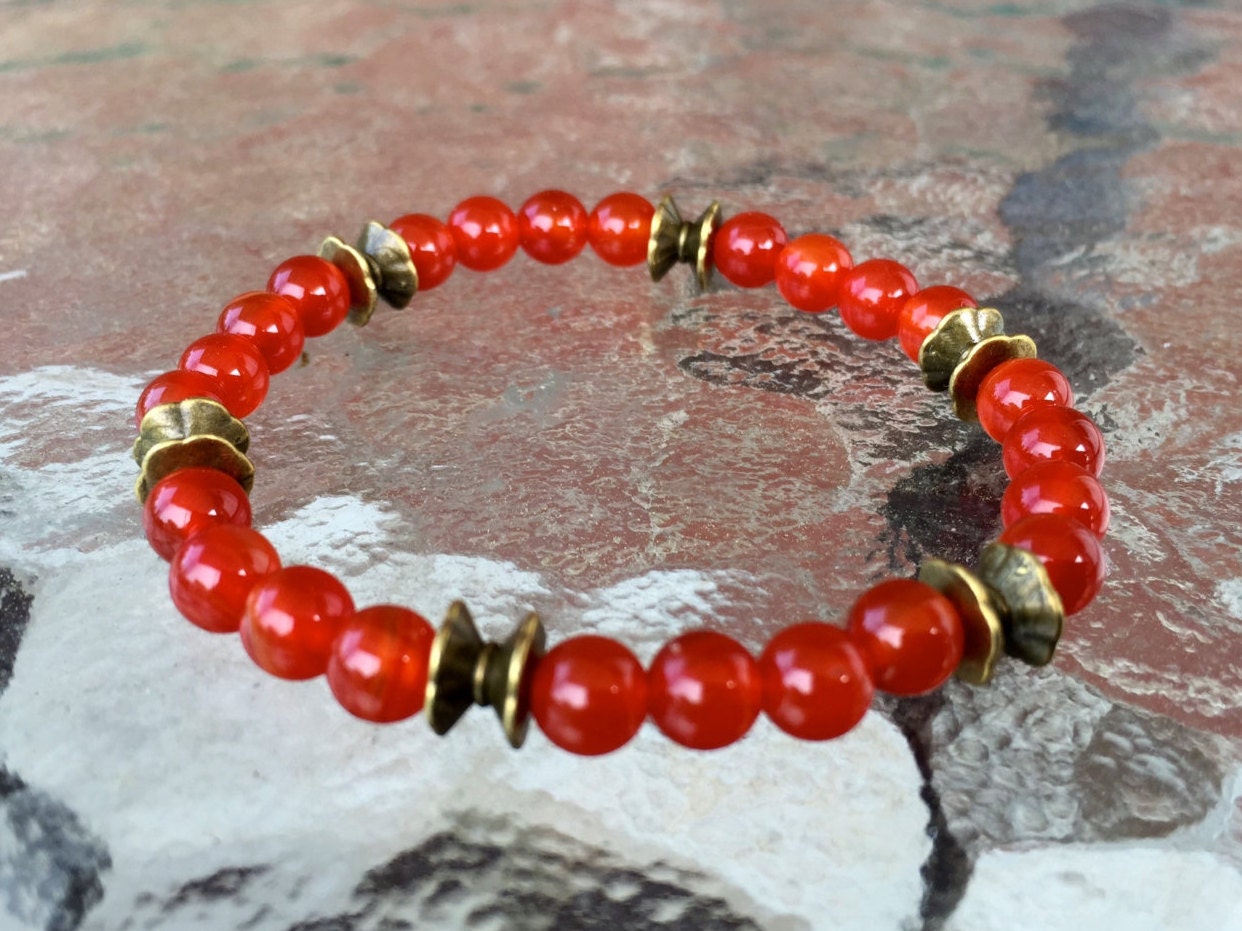 When worn as an amulet, it can protect against a wide variety of different diseases. Stones with deeper colors are considered more intense, therefore, more effective in healing. Healers, shamans and medicine men from many cultures have been healing with gemstones for many centuries. Gemstones are most effective for healing when placed directly on the injured part of the body.
HELPFUL INFORMATION

This listing is for Two bracelets.