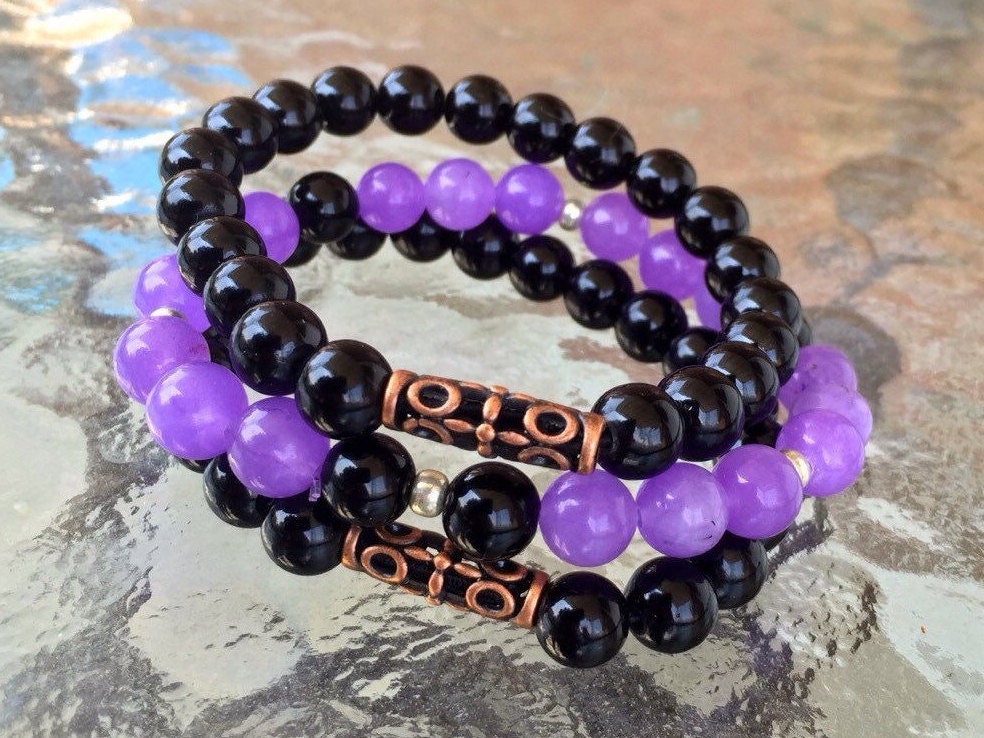 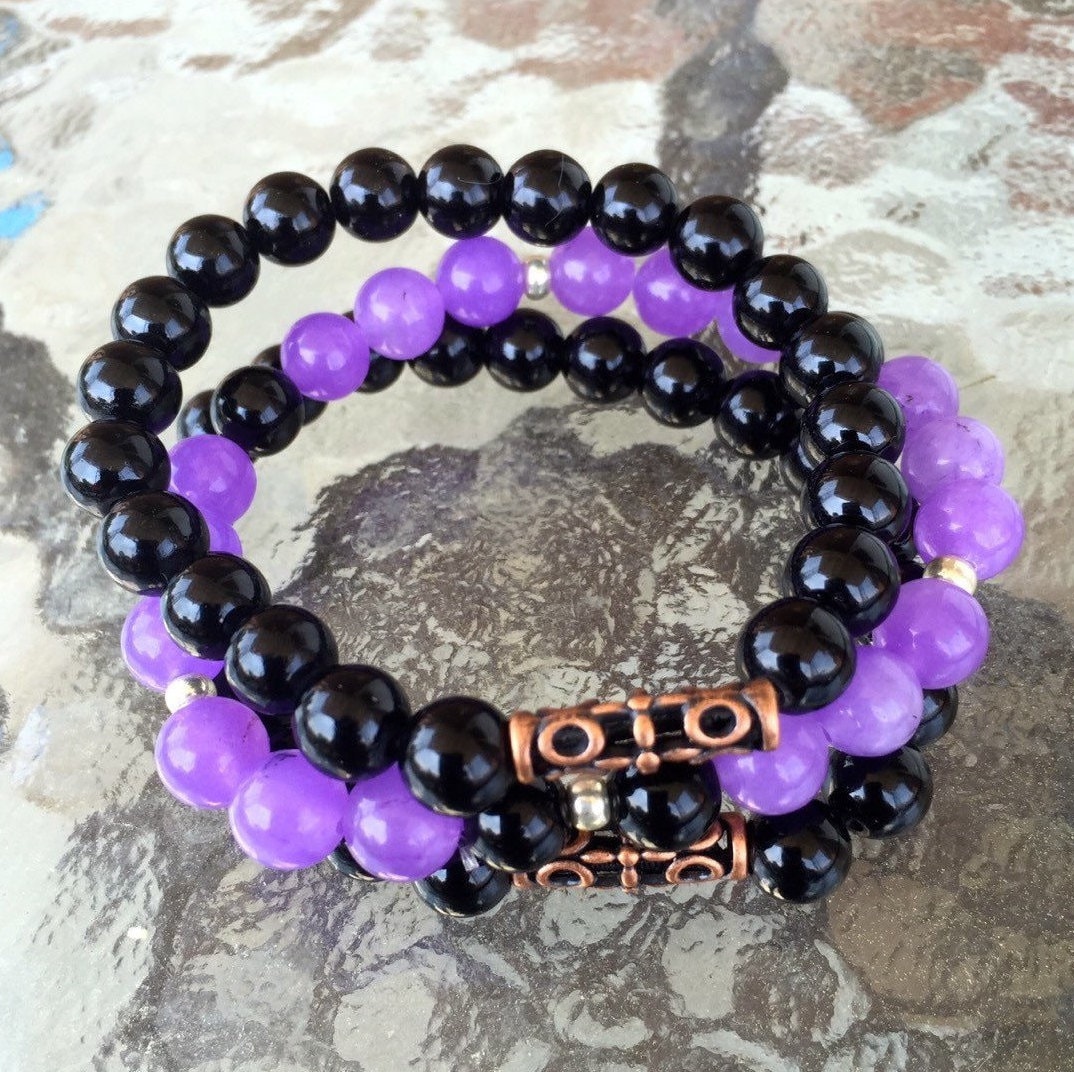 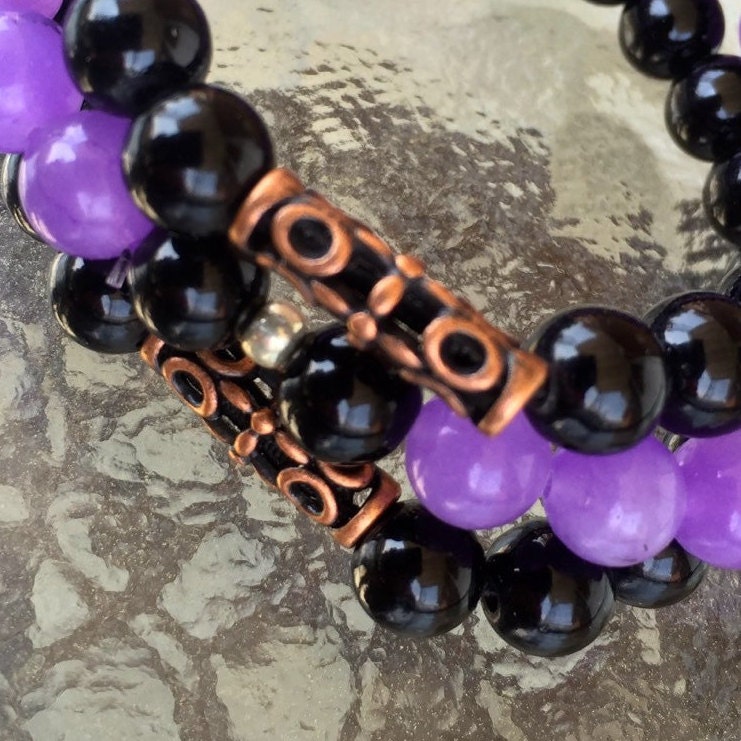 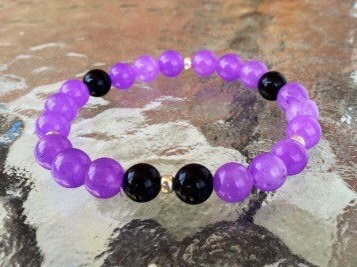 What is Agate?
Agate promotes determination, self realization, spirituality, bestows inner peace, balance, calm irritability, reduces emotional and mental stress. It strengthens and harmonizes heart, detoxifies system and gives balance. Its known for granting strength, courage, protection and support. Compels truth, promotes good manners, happiness, intelligence, prosperity, longevity, fertility, and good health. It brings realization to ones potential and devotion to ones purpose. It is the symbol of tranquility and wisdom. It is said to possess Yang (the vital masculine principal) and in China, it Is believed to impart immortality. Blue AGATE Mala is used in Japas of Planet Saturn (Shani) mantras. It can be worn for getting protection from Saturn's (SHANI'S) negative effects as its substitute of Blue sapphire.

This Listing is for All Three Bracelets.