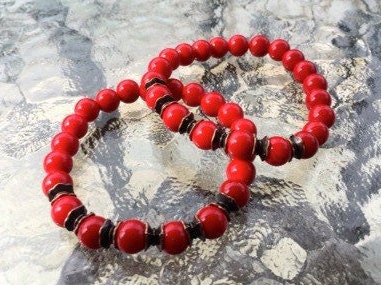 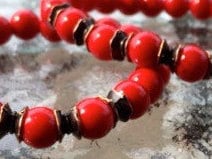 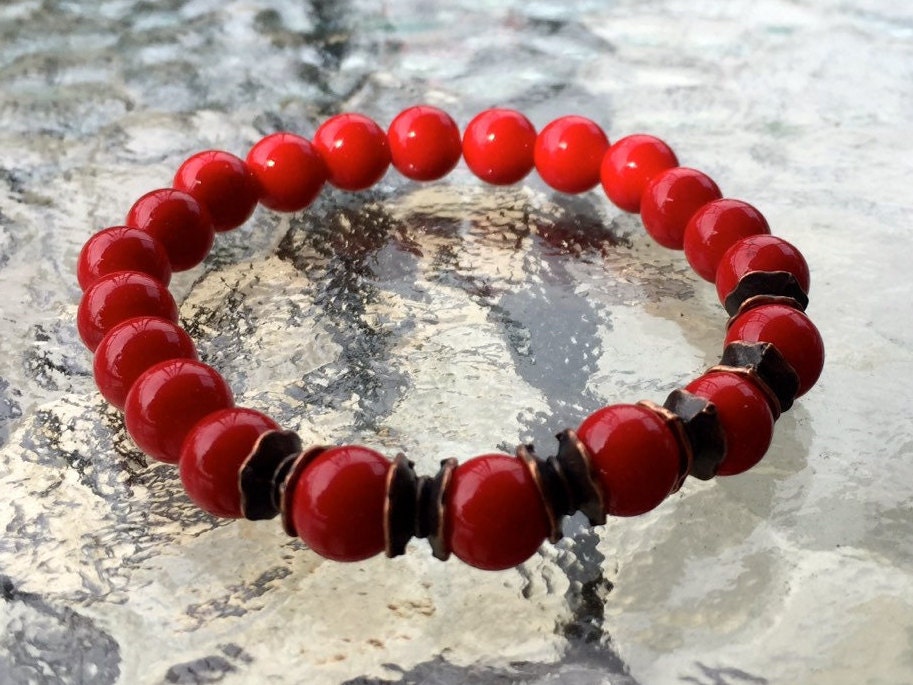 
WHAT IS RED CORAL JAPA MALA?

RED CORAL (Moonga) is the Gem which supports your financial status and reduces your debts. It helps avoid accidents and removes obstacles. It purifies your blood and enhances your effectiveness to face the world. It makes you courageous and your enemies are vanquished.I It represents Mars, the courage..." Red Coral (Moonga) is useful in diseases related with blood impurity. Coral is used during Sadhana or Worship of Lord Ganesh, Hanuman, Lakshmi and Mars Planet. Coral is also useful for the patients who are anemic. Coral symbolizes joy and happiness, it enables the wearer to enjoy life. Coral is said to quiet the emotions and to bring peace to within the self, it facilitates intuition, imagination and visualization. Coral helps one to both understand and use the qualities of the mystic. It can bring one into communication with the Ancient Ones of the world and expedite and accelerate the transfer of knowledge. In general, coral aids regeneration of bone, muscle, and the spine, aids in blood cell disorders and is extremely beneficial to the reproductive system. Coral is said to be extremely valuable to those whose core energy has been stressed and depleted to the extent that their body can no longer heal on its own. If used for Japas, Coral Mala can be used for Japas of Mangal (MARS), Agni (FIRE), Hanuman, Bhairav. RECOMMEDED TO ATTRACT WEA


This Listing is for all three bracelets.