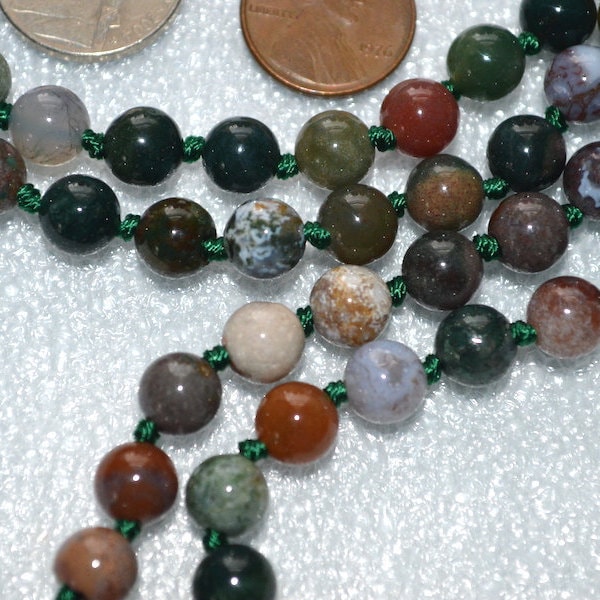 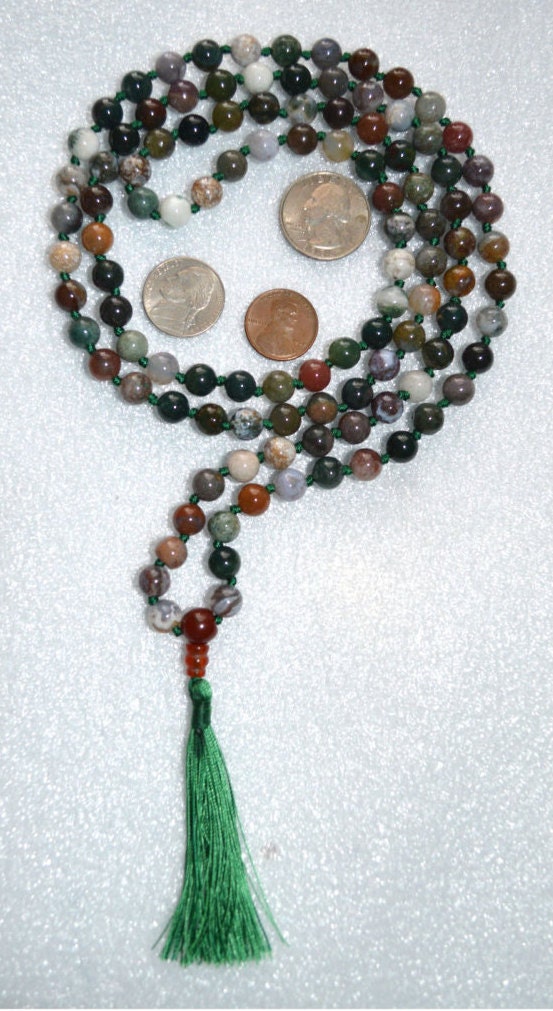 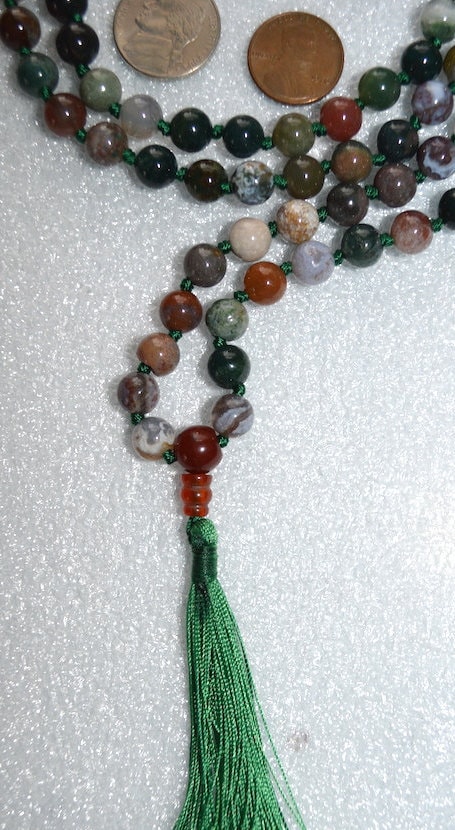 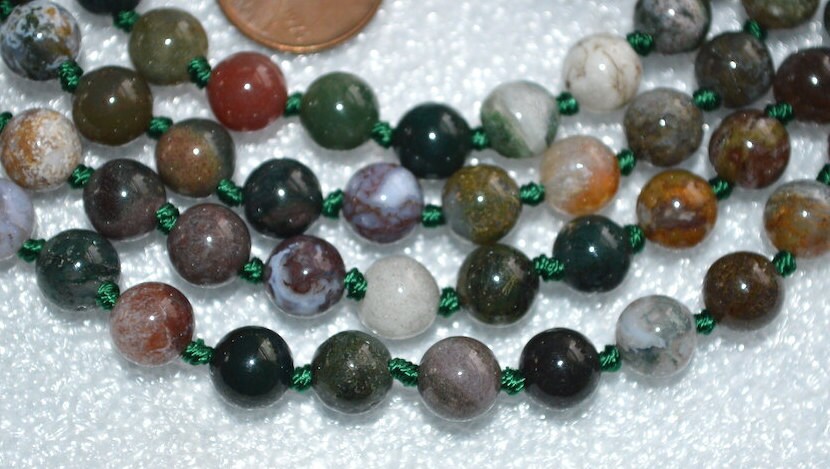 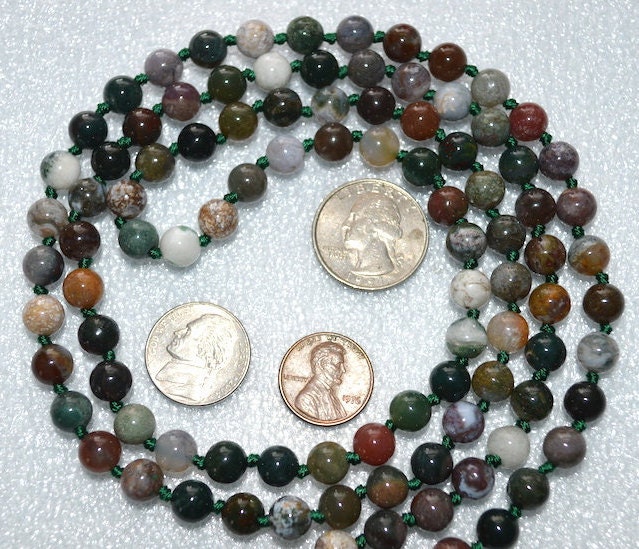 
WHAT IS INDIAN AGATE JAPA MALA?

Indian (or India) Agate is a great aid for meditation and is a powerful healing stone. It is known to give physical strength, emotional security and protection. ... Indian Agate is also known to provide security, protection and stimulates concentration. It is mixed colors, but predominantly green.

The Indian agate gemstone is a positive healing influence, it was used secretly by sages a long time ago as a secret weapon to give them courage to conquer their greatness. Giving you confidence, physical strength, and emotional security. Very good protection stone and meditation tool.

India Agate is a great aid for meditation and is a powerful healing stone.

It is also It is known in some circles as the "stone of eternity" because it helps to not fear the aging process.

Also known as an "anti-stress" stone, its energy vibrations transmit serenity and patience.

India Agates are believed to be infused with the healing energies and powers to banish and ward off bad luck, evil spells and misfortune.

The Indian agate gemstone is a positive healing influence, it was used secretly by sages a long time ago as a secret weapon to give them courage to conquer their greatness. Giving you confidence, physical strength, and emotional security. ... The Indian agate is part of the sacral chakra gemstone family.

Agate encourages a sense of reality and pragmatic thinking. Agates with regular designs soothe those who desire peace and harmony, while those with irregular designs can stimulate action and important decision making.

Agate is beneficial in self-analysis and uncovering hidden circumstances that might interfere with well-being. It promotes self-acceptance and confidence, encouraging the speaking of one's own truth. Agate overcomes negativity and bitterness of the heart, by healing anger, fostering love, and lending the courage to start over. It is useful for any kind of trauma.