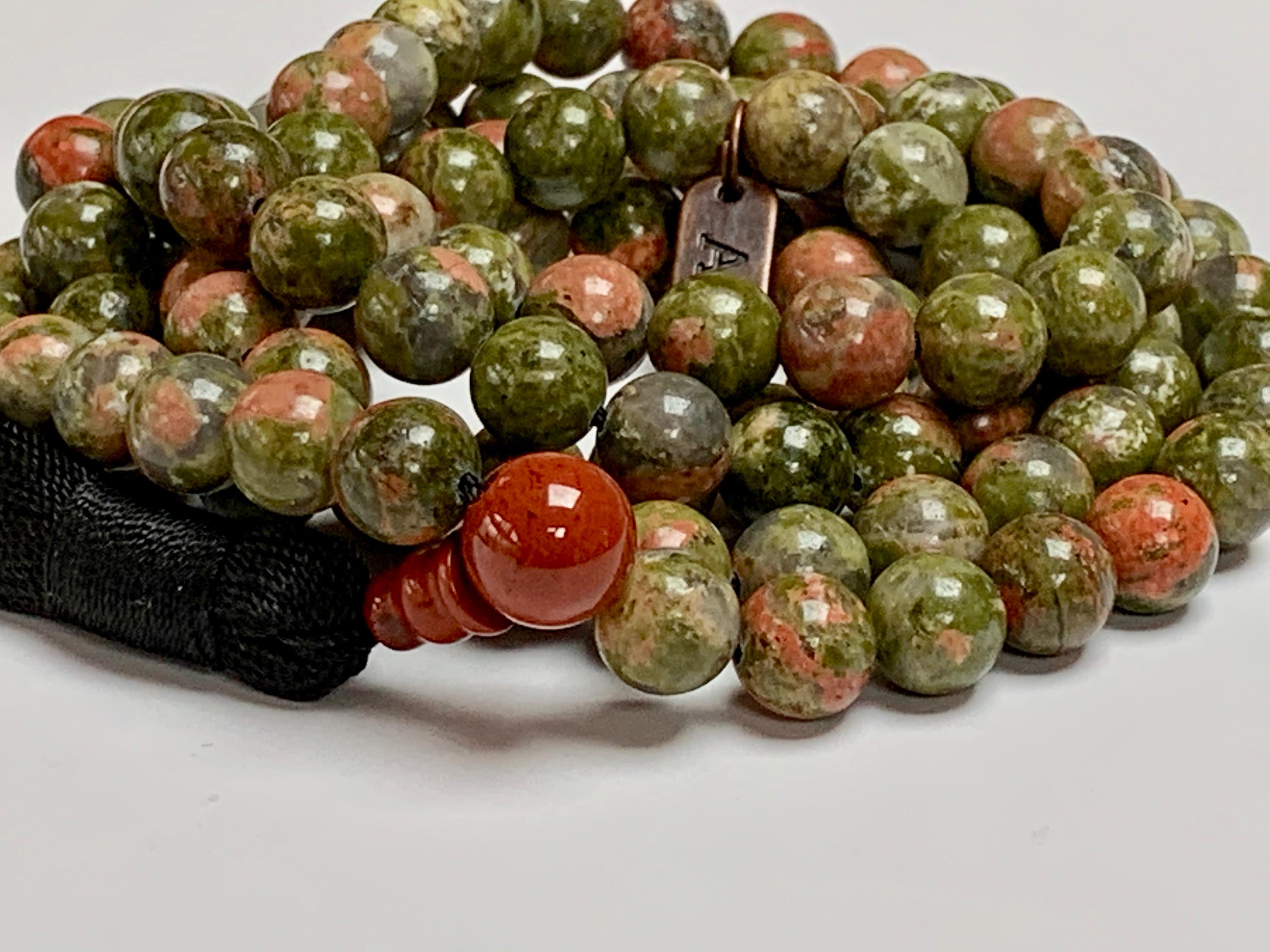 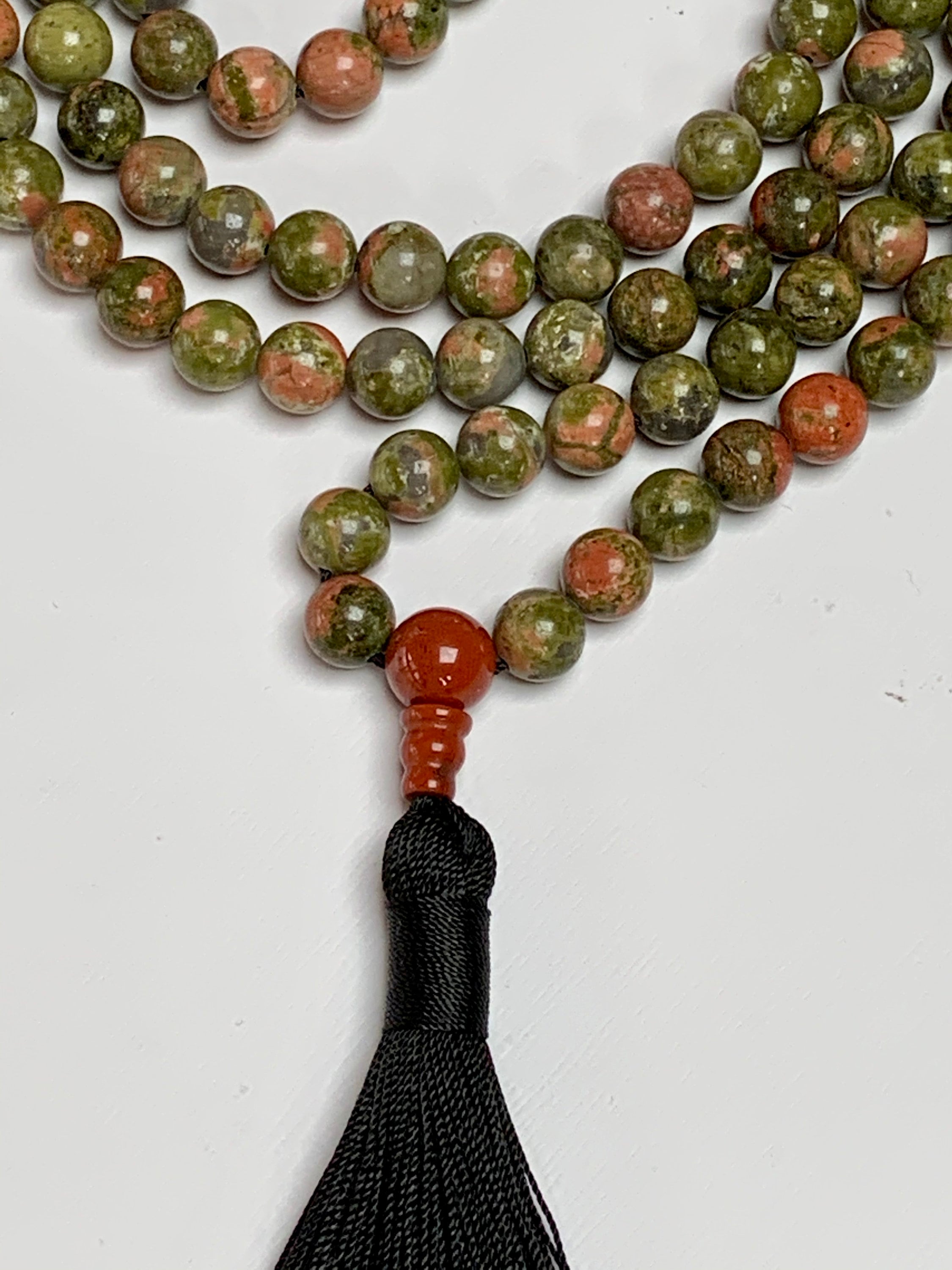 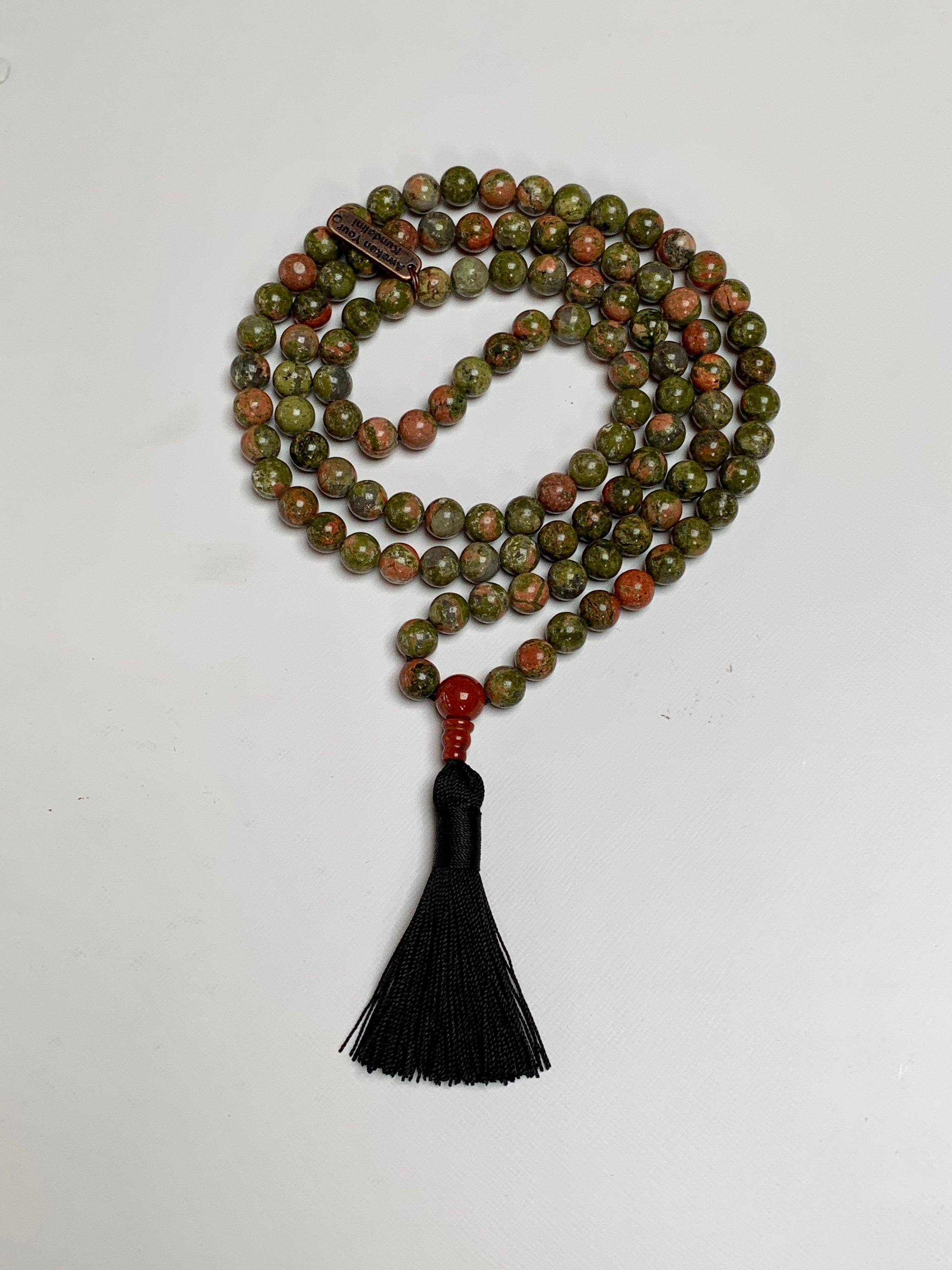 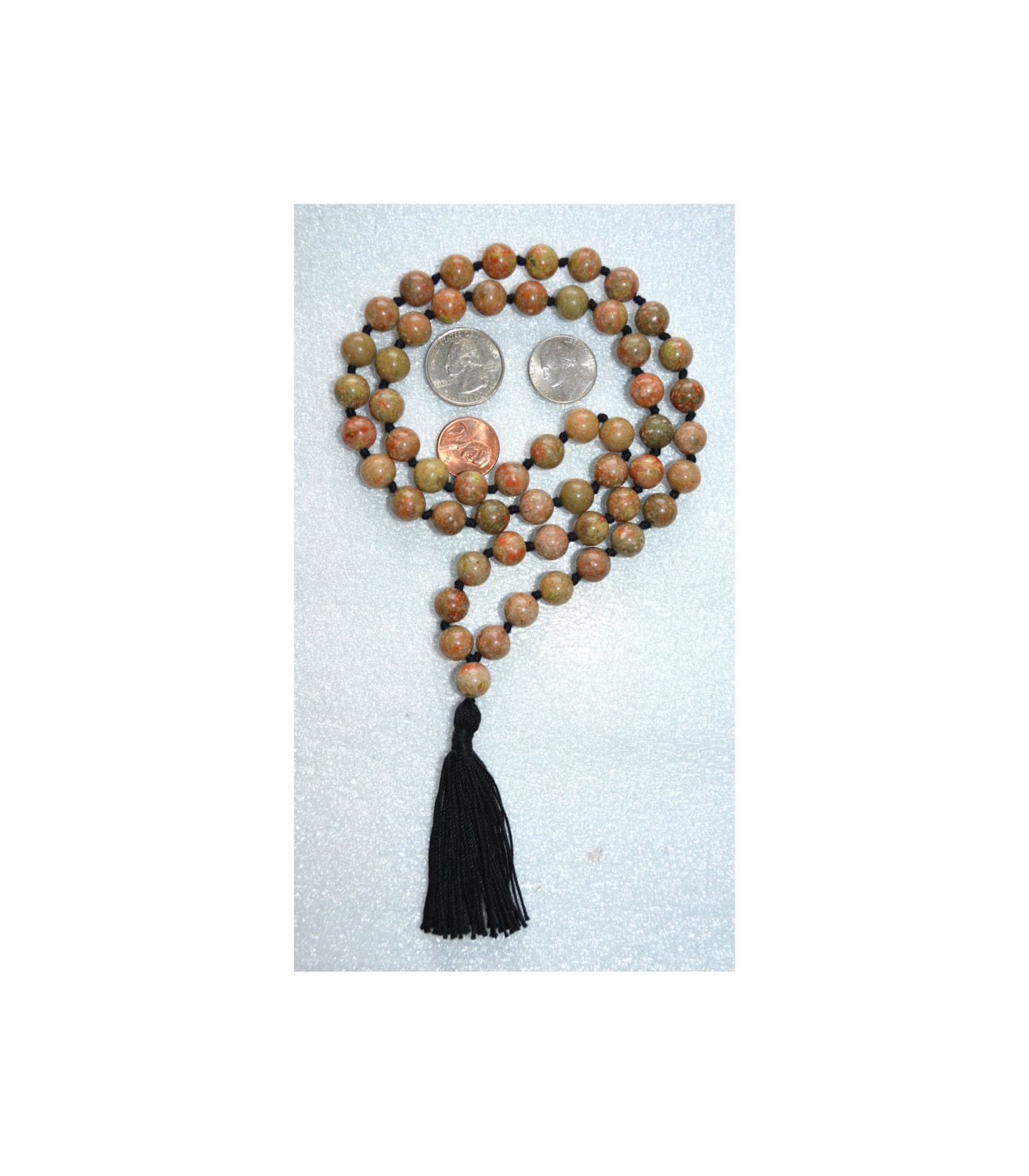 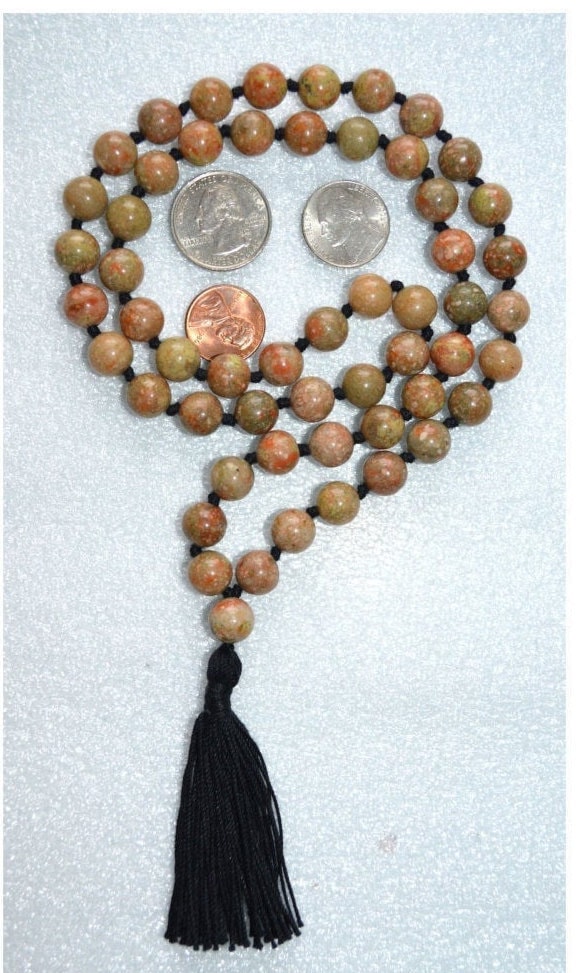 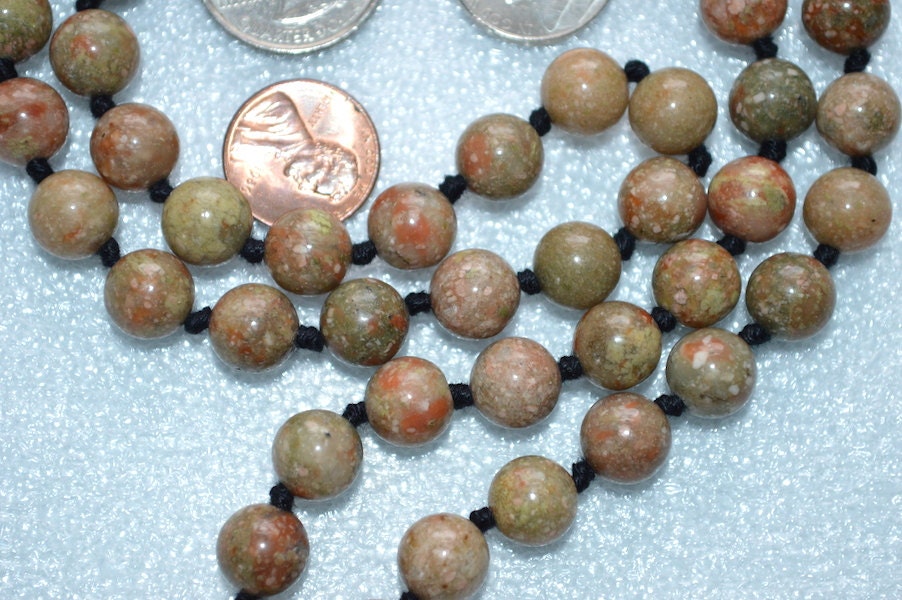 UNAKITE WILL LIFT YOUR SPIRITS WHEN YOU ARE FEELING DOWN - THIS IS THE STONE TO HELP YOU TO SEE THE BEAUTY IN LIFE. IT IS ALSO USED TO UNCOVER DECEPTION.

WHAT IS UNAKITE JAPA MALA?

Unakite is a made up of a combination of three minerals: Green Epidote, Pink Fieldspar and Quartz. It is a balancing stone helping to balance all aspects of the self; emotional, spiritual and mental, and allowing you to feel more centred. Unakite is also believed to help release energy blockages, that may be inhibiting your growth, and to encourage you to live in the present rather than in the past.

The Pink Fieldspar in Unakite encourages you to love yourself for who you are, which in turn allows you to attract and keep the love of others.

Unakite is said to be of benefit to the female reproductive system and during pregnancy. It is also said to provide support to those recovering from a major illness or convalescing . Placing Unakite in a room, either as a large piece or as several small tumble stones in a bowl, is said to bring in a gentle calming energy. Unakite is believed to be helpful in reducing the effects of electromagnetic smog. For this reason it can be beneficial to place a piece on top of, or near, the television set.