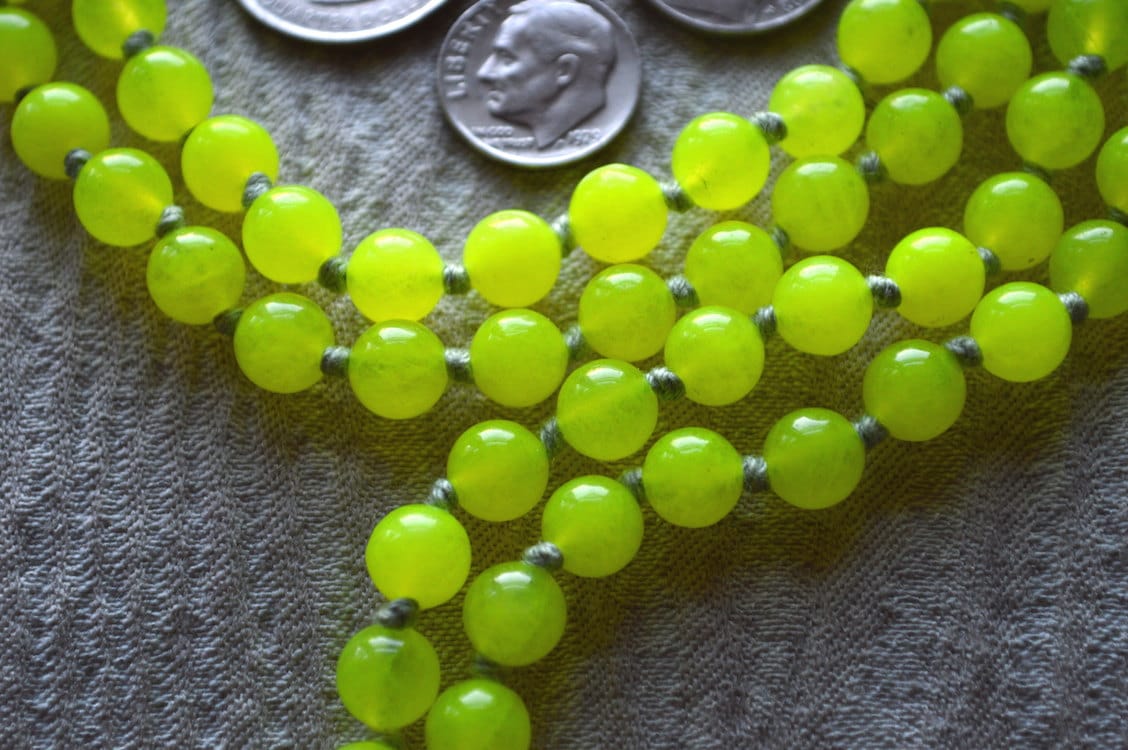 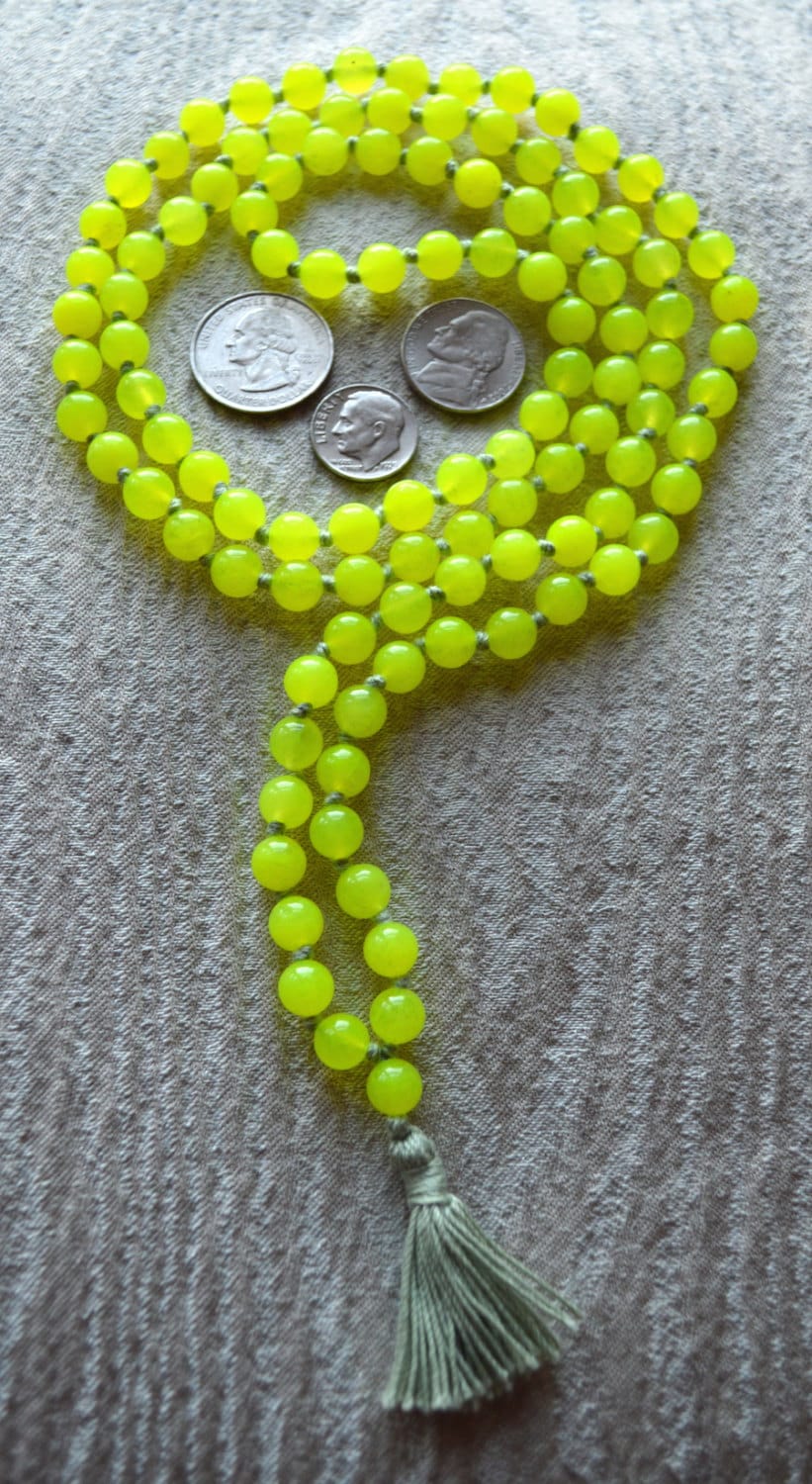 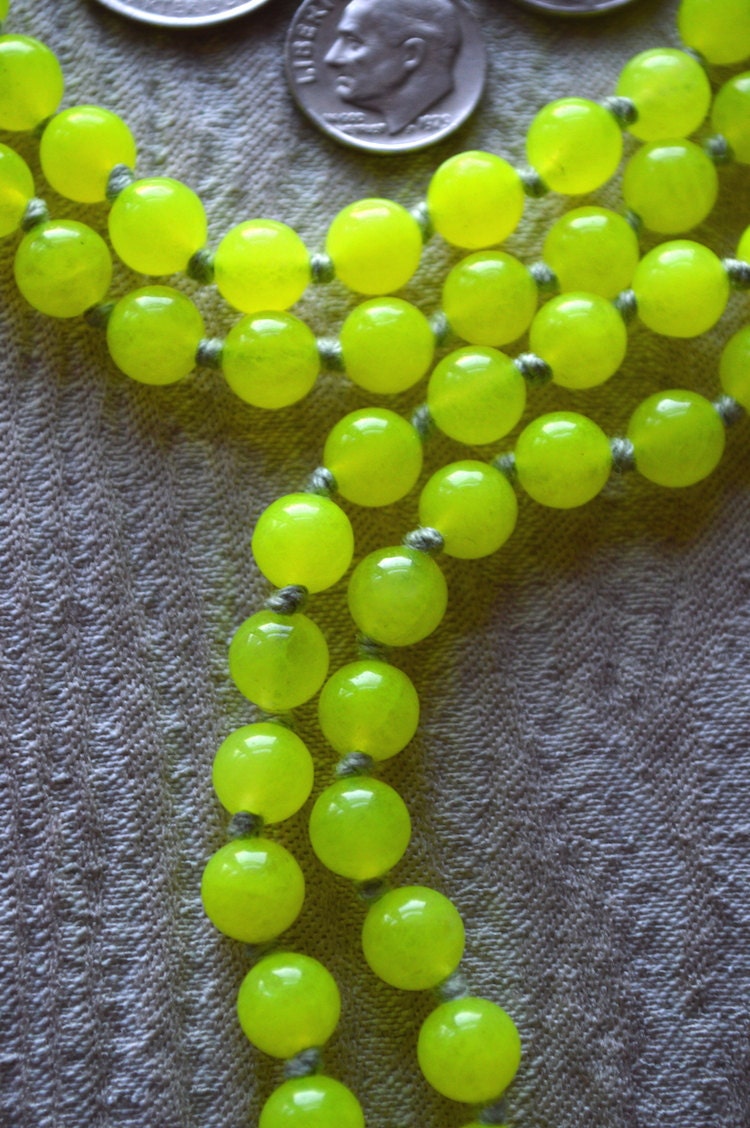 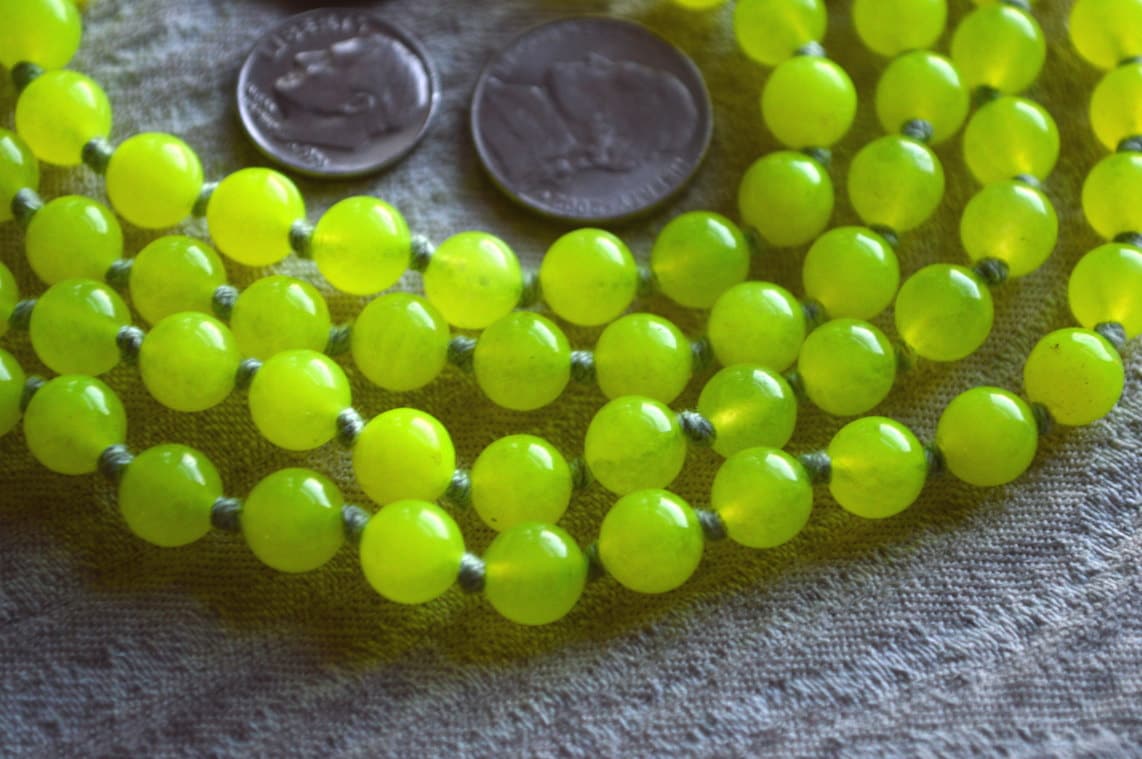 Nice color. I won't get lost when I use it. Not very practical to meditate if you have thick fingers (the beads are small) Otherwise nice mala