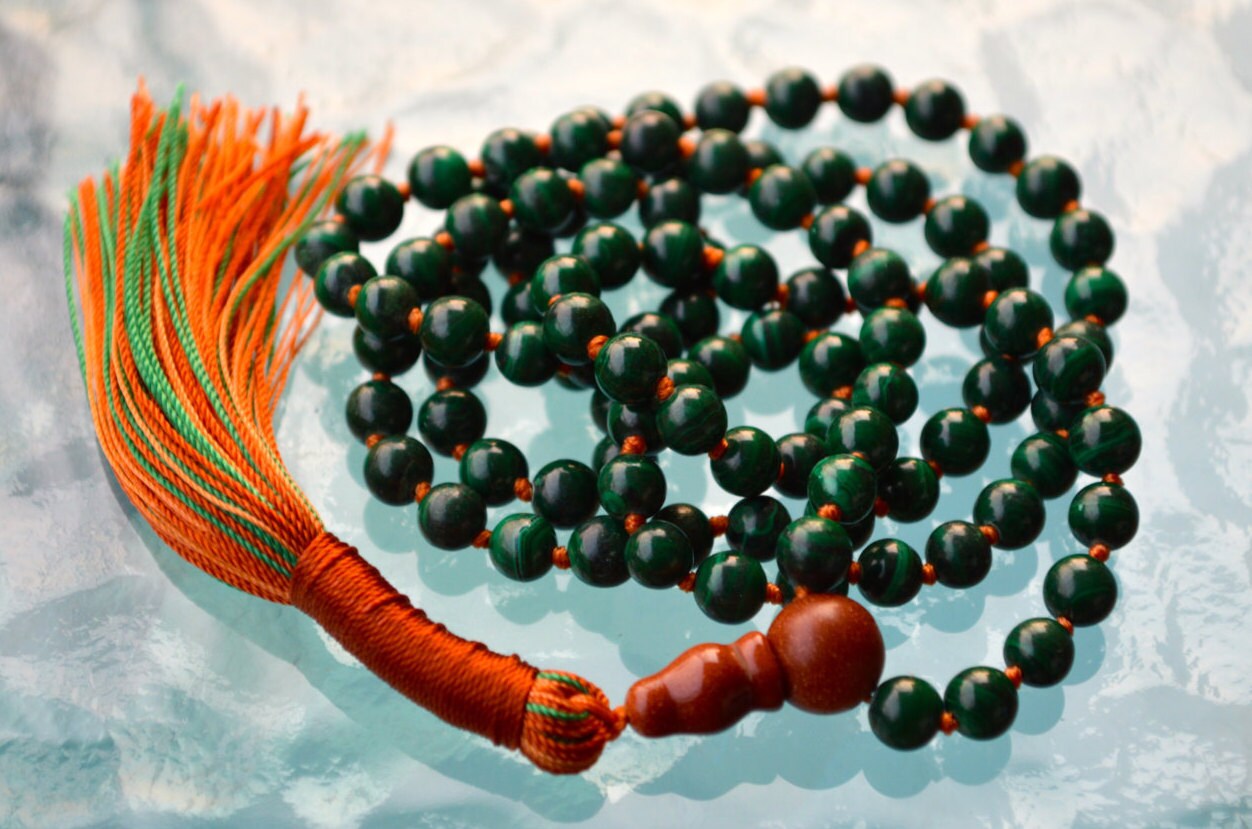 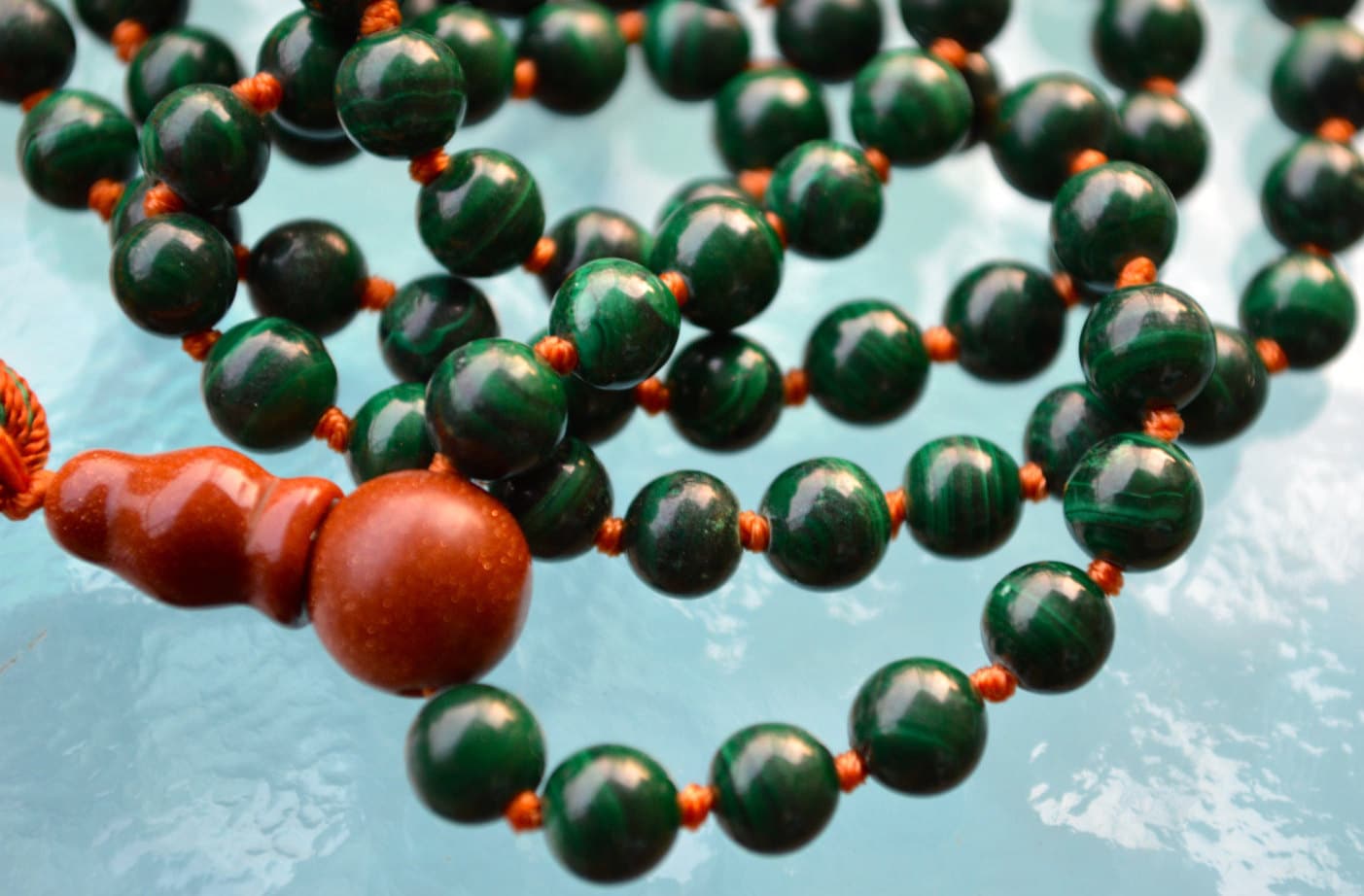 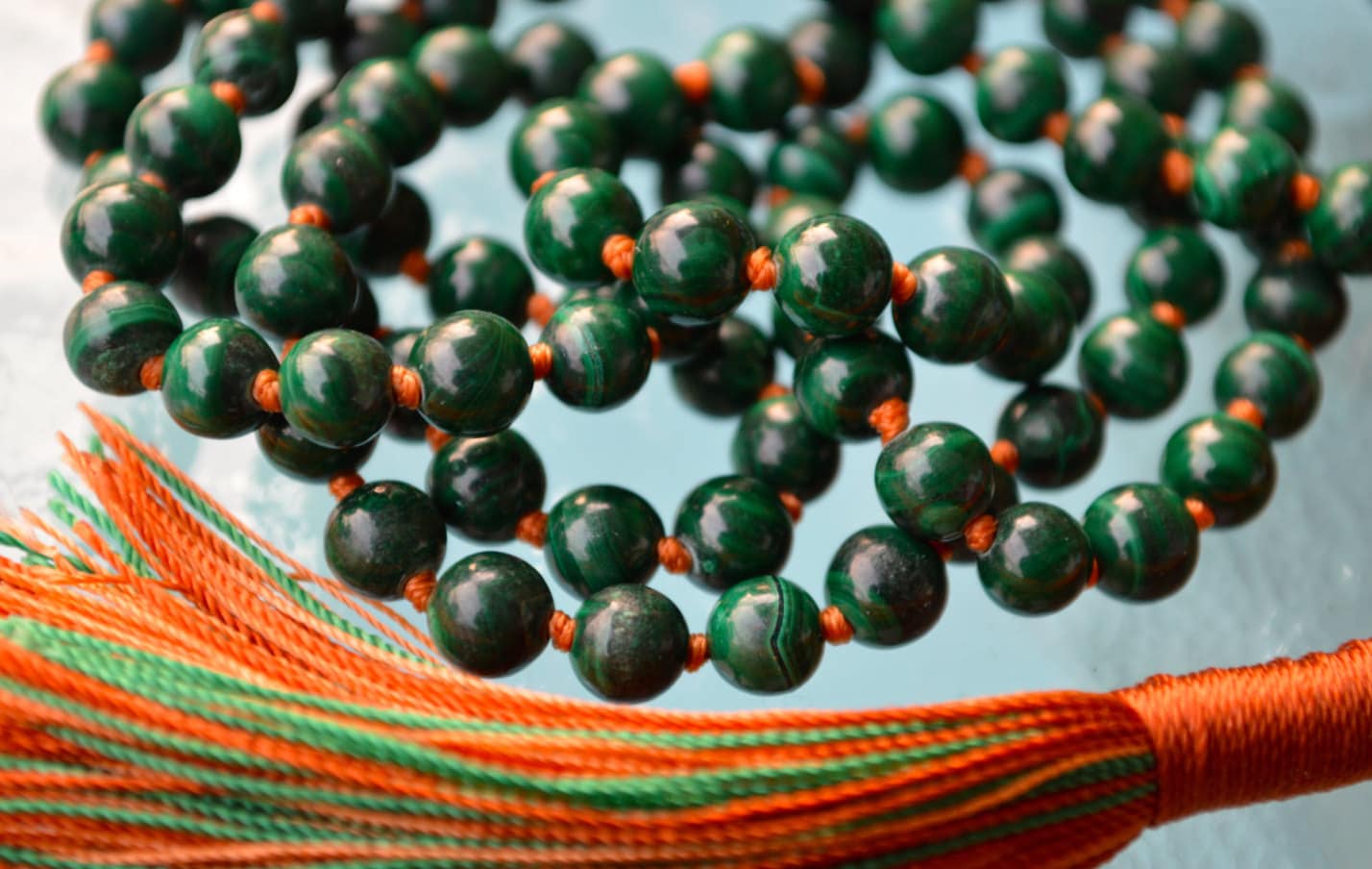 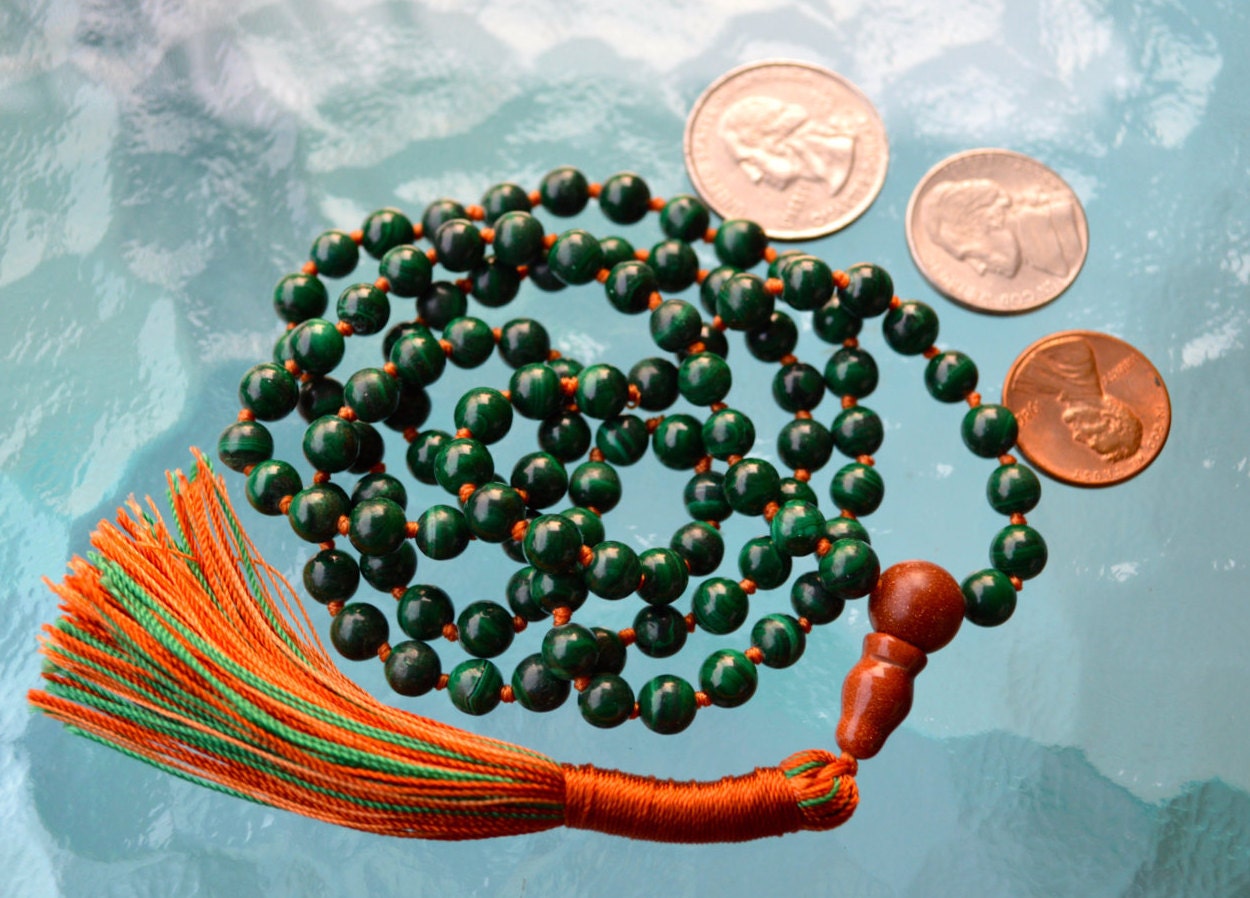 WHAT IS MALACHITE JAPA MALA?

Malachite is a stone of transformation and helps with change and spiritual evolution. It can clear and activate all chakras, as well as balance them. Malachite is a stone that bridges the energy of the heart and root chakras. It is particularly useful for balancing and clearing the heart chakra. As such, it helps balance pure love, romance, and one's own well-being. Malachite can be used to draw negativity from the body.It brings harmony into one's life and attracts money. Malachite was considered a valuable talisman for children and it was thought to protect the wearer from falls and warned them of impending danger by breaking into several pieces. Malachite is also a very protective stone, being especially helpful for general protection, protection from evil, protection during pregnancy and childbirth, and protection for children. Malachite is a deeply cleansing emotional body stone, protects against psychic attacks. Malachite is also about change, and it is a great stone for those who do not like change in their lives, because it allows for an easy transition to take place. It relieves any congestion in the body and helps with confusion and lack of purpose and insecurity. It is helpful in the treatment of rheumatism, immune, and also in regularizing menstruation. Malachite is used in the treatment of asthma, toothache. Improves eyesight an immune system THE MALA HAS BEEN HAND KNOTTED (KNOT BETWEEN EACH BEAD).