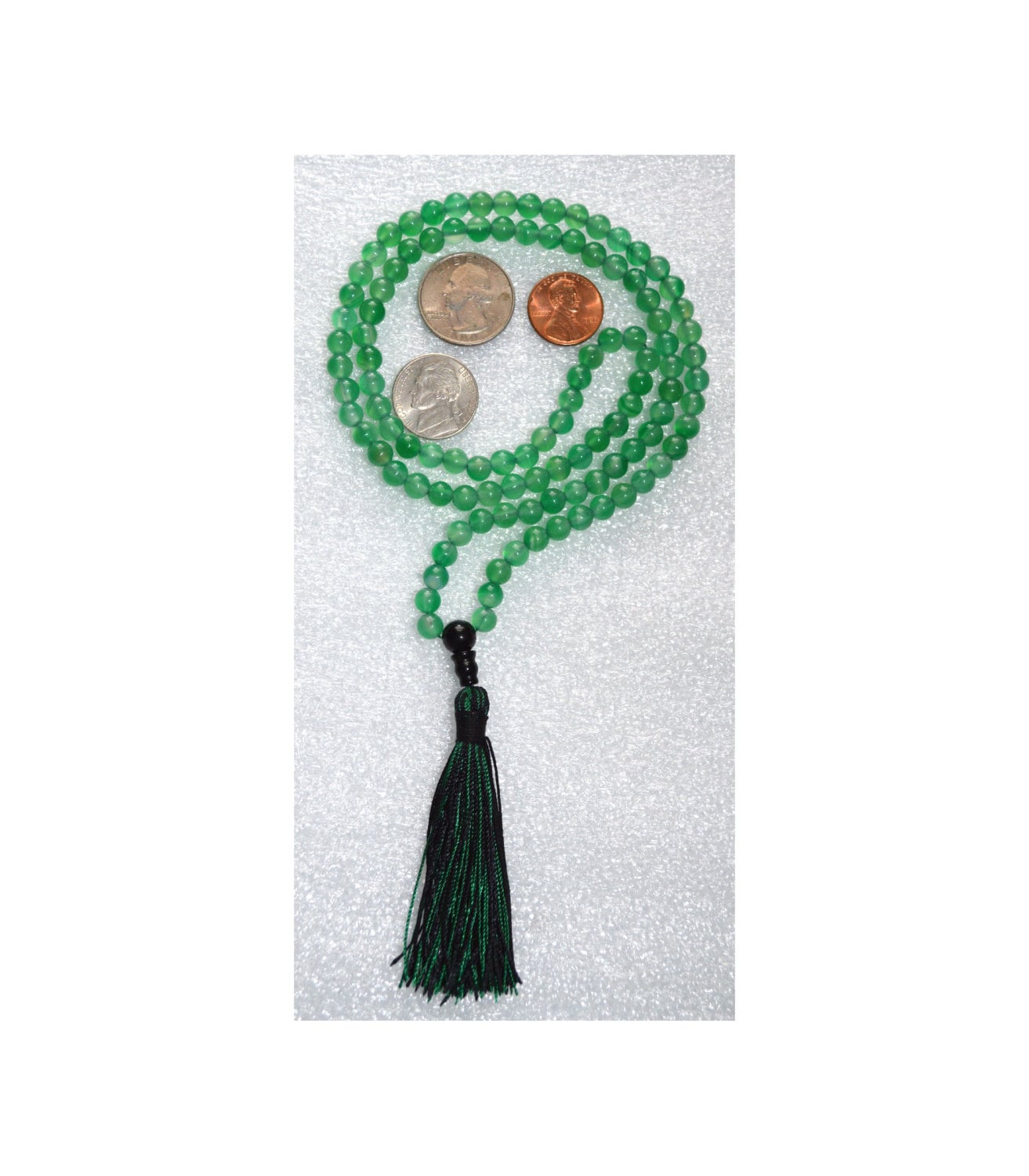 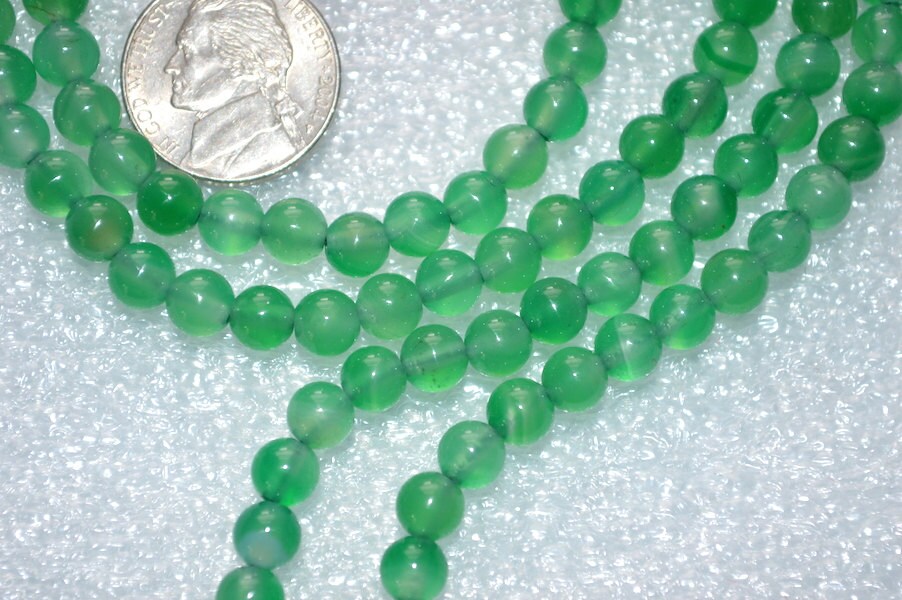 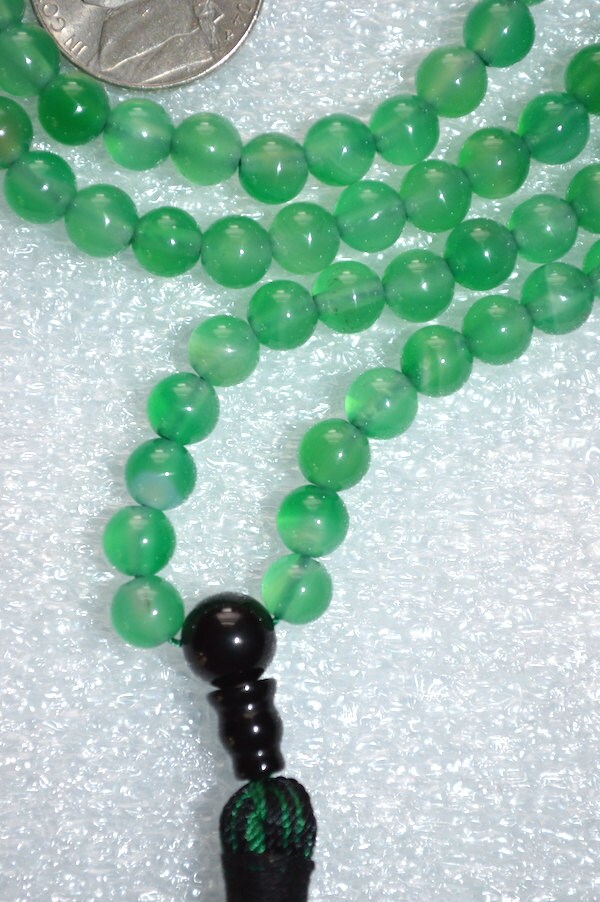 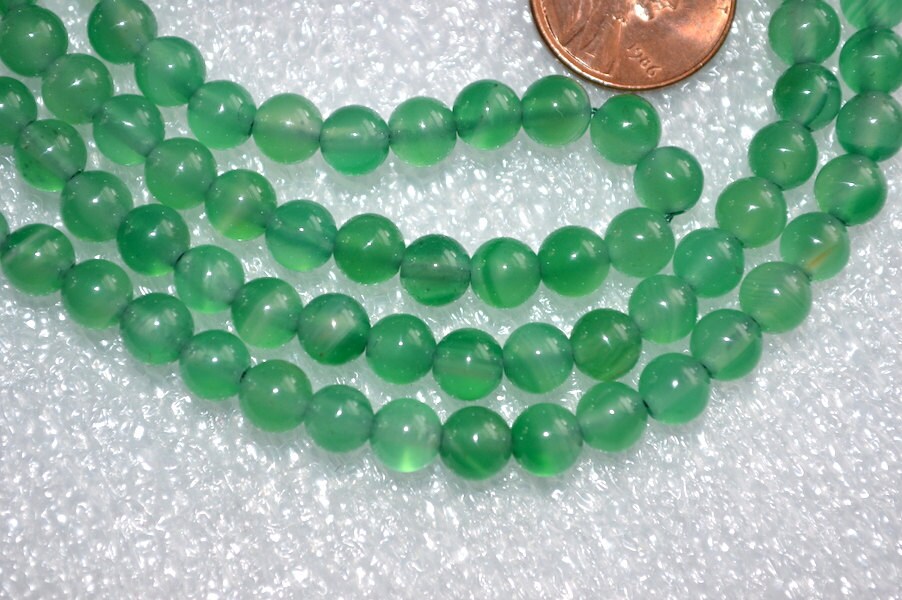 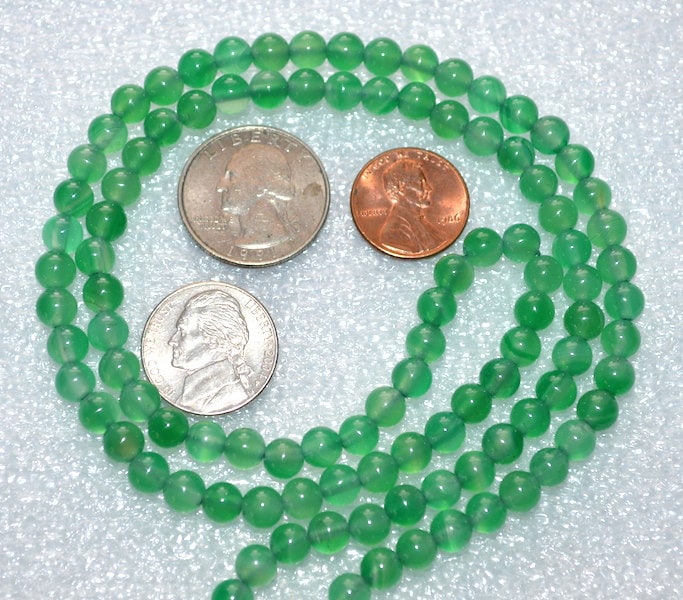 Green Agate (Hakik) is well-known for its healing influence and it is a stone of primary importance to Orientals. Highly regarded as a peaceful stone, it can also be used to help calm nervous minds and rid negative thoughts and energies.It is believed by all that it saves the wearer from diseases pertaining to heart & abdomen. Green Agate (hakik) mala can be used as japa mala in various sadhanas. Specially beneficial if a person is suffering from harmful mercury effects (planet Budh) in his horoscope as green hakik can be used as substitute of emerald. Total number of beads 108+1,Mala has been made in traditional style with knots between beads.

Very well made, sturdy (not like some others out there made with thin fine strings that easily breaks), and stones are beautiful! Thanks, I'll shop from this shop again! : )