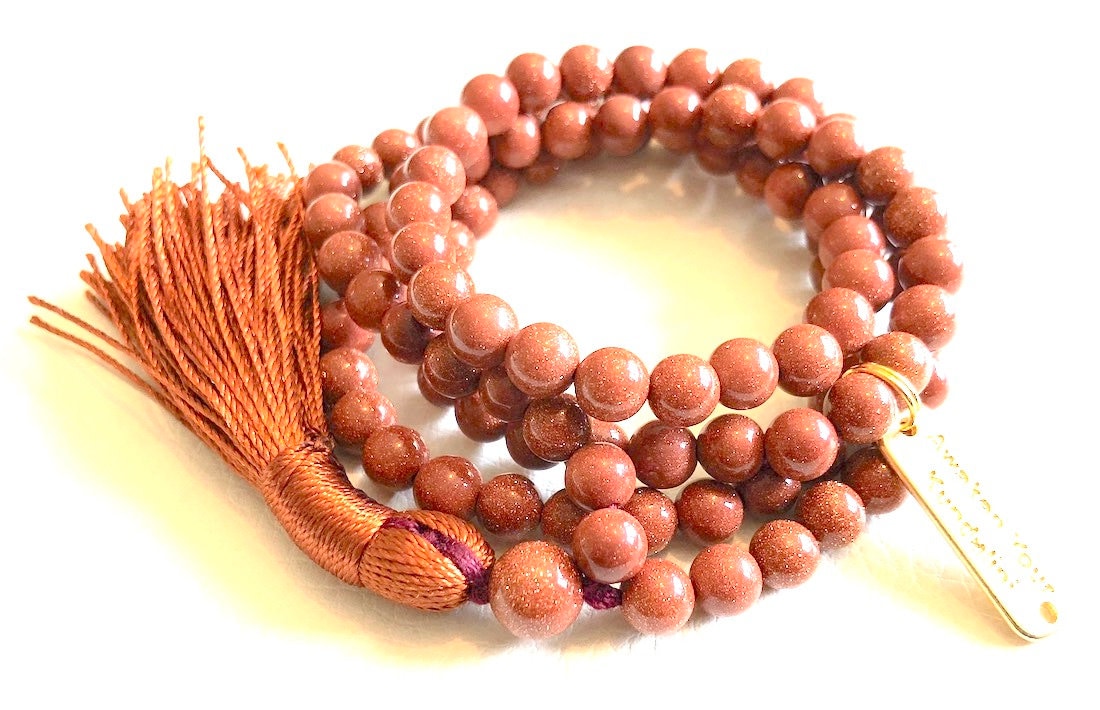 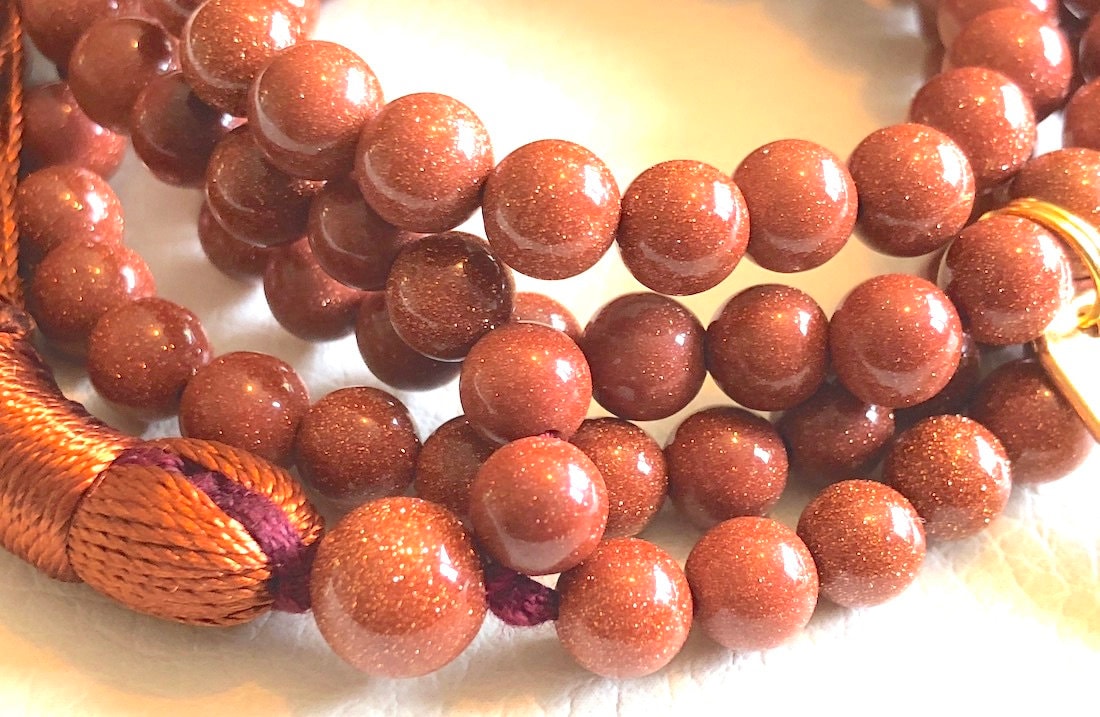 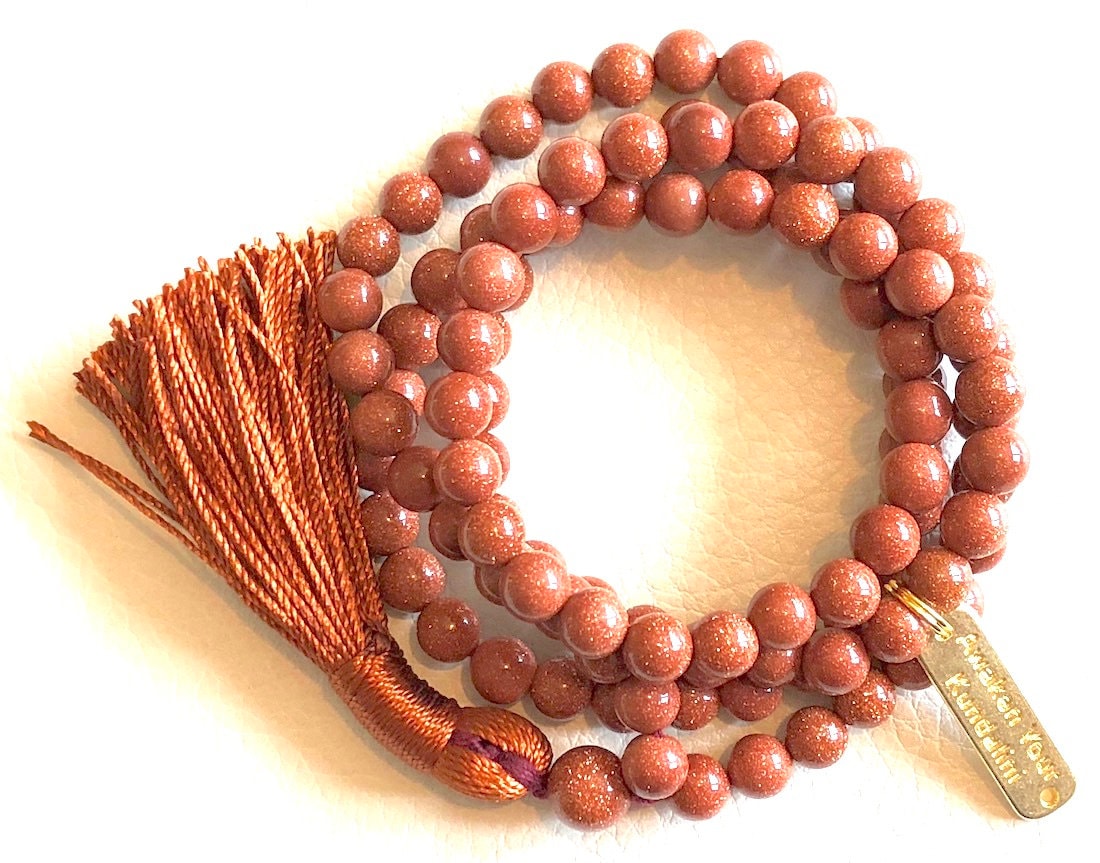 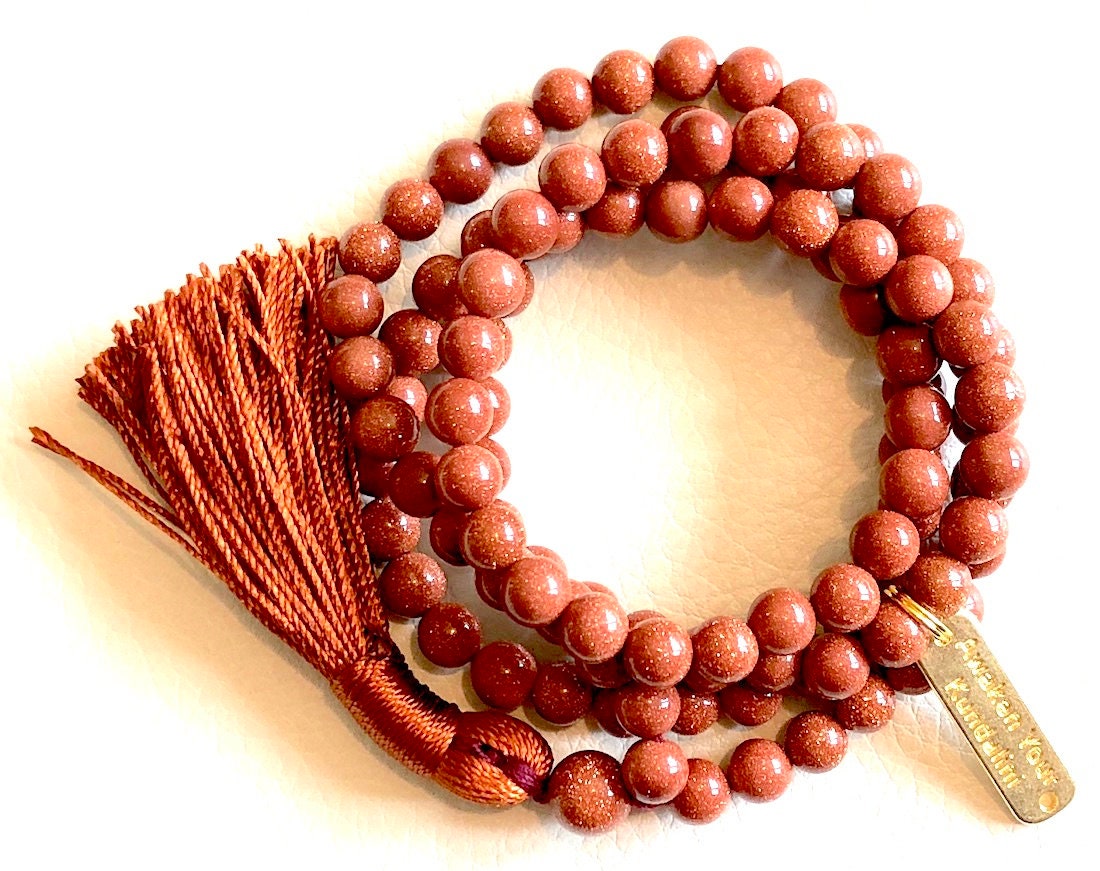 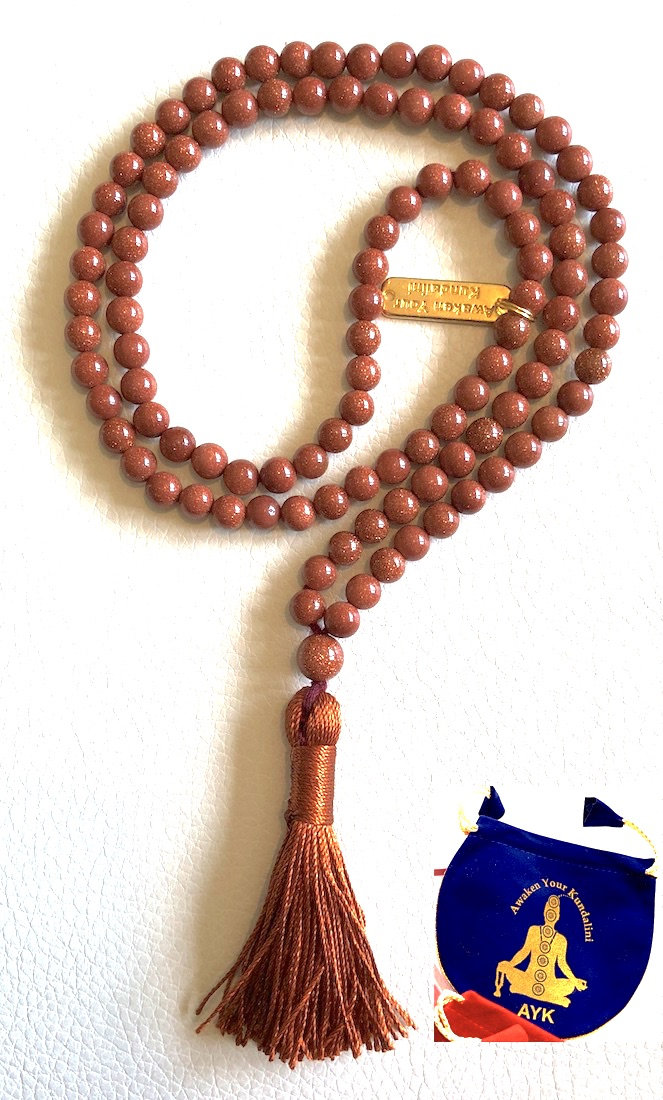 WHAT IS GOLDSTONE JAPA MALA NECKLACE?

Goldstone is a stone of leadership, strongly evoking this quality in those who wear it. It is said to dispel fear and stress, to increase vitality, to encourage independence and originality, to warm the spirit and to bring good fortune. It offers clarity when making decisions and an ability to act in accordance with our higher wills and to make sure that our decisions affect others in positive ways. Gold Sandstone strengthens the wearer's abilities of self-discipline, humility and desire for service to the greater good.

In ancient cultures it was thought to bring abundance, provide protection, counteract poison and increase strength.It has been known to bring luck in games.