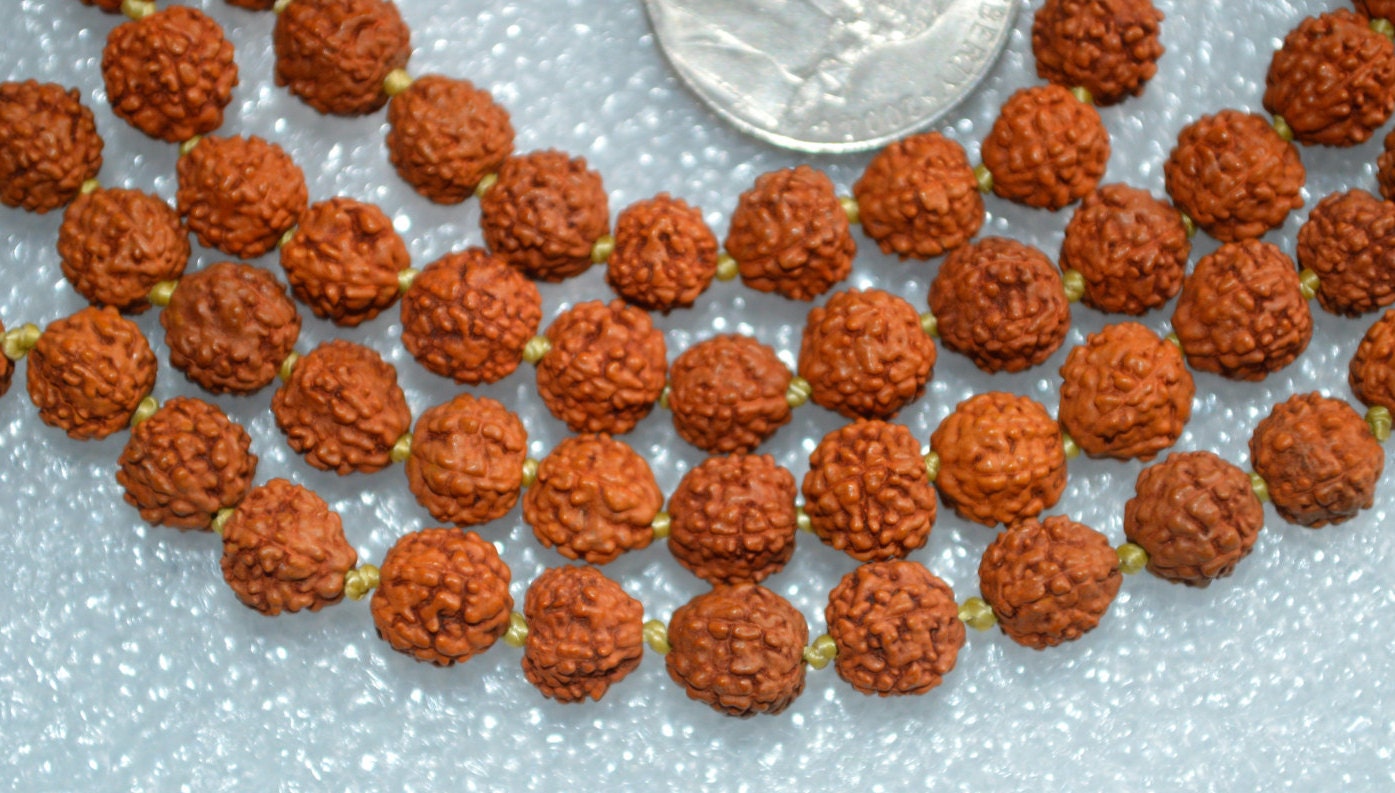 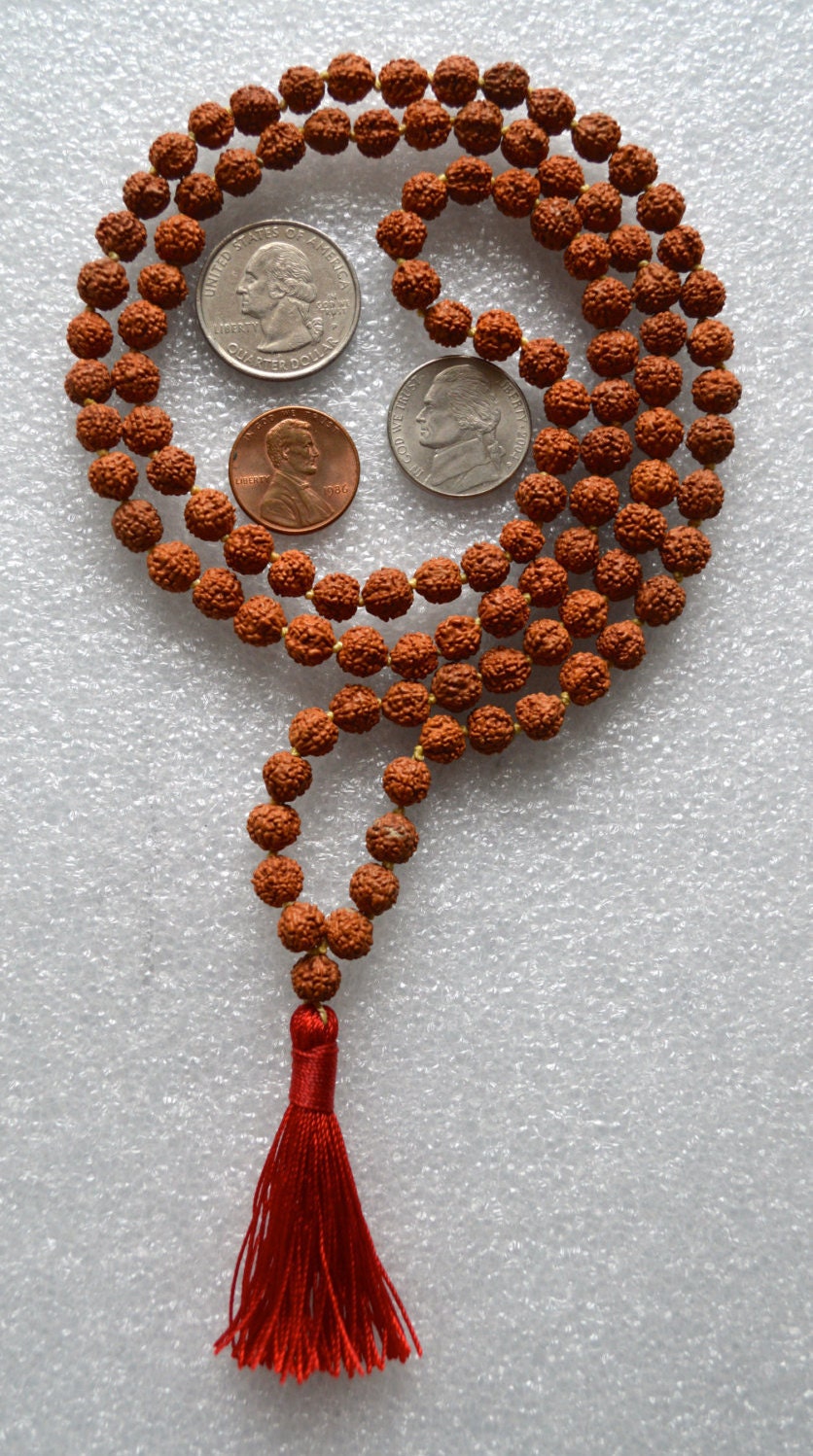 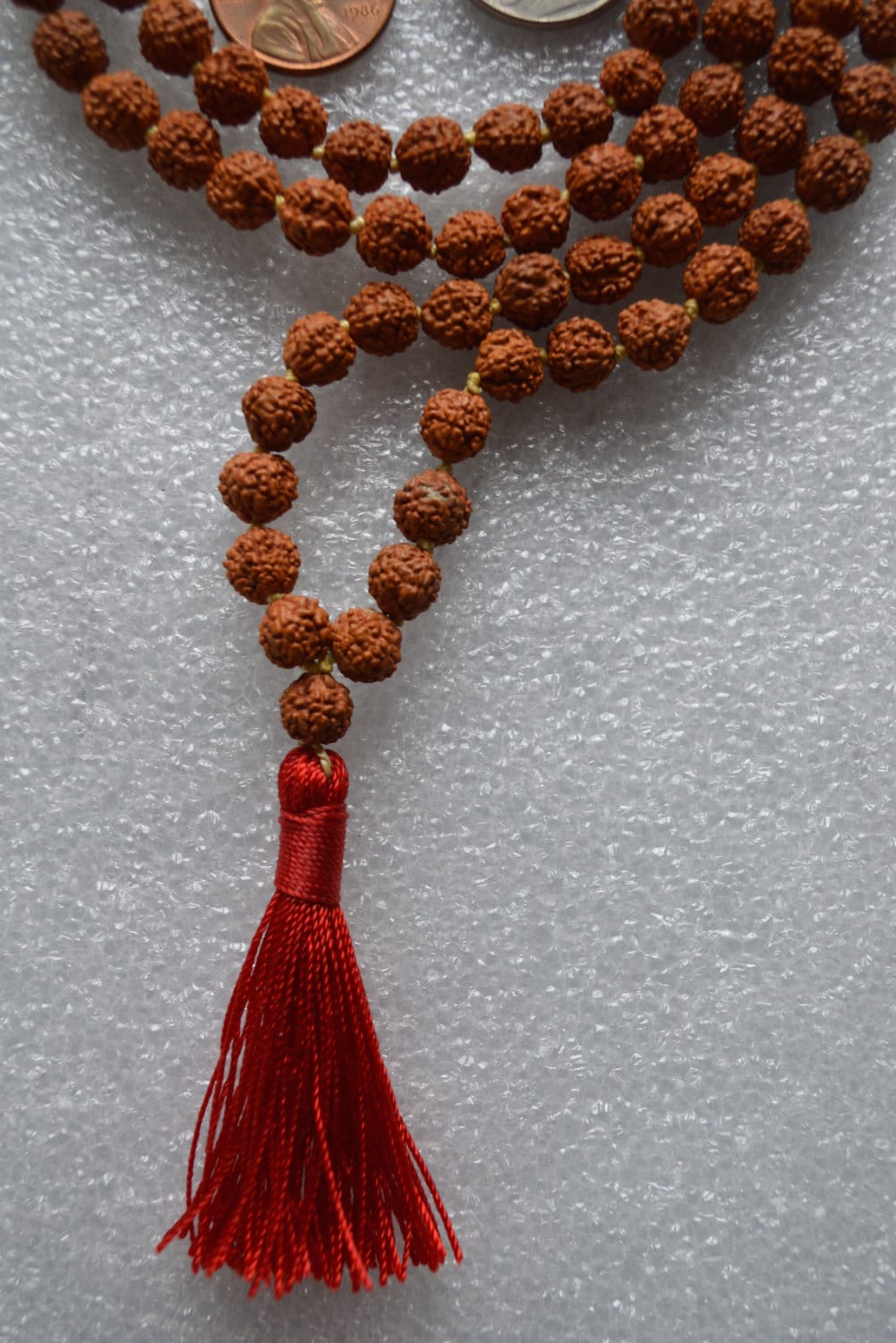 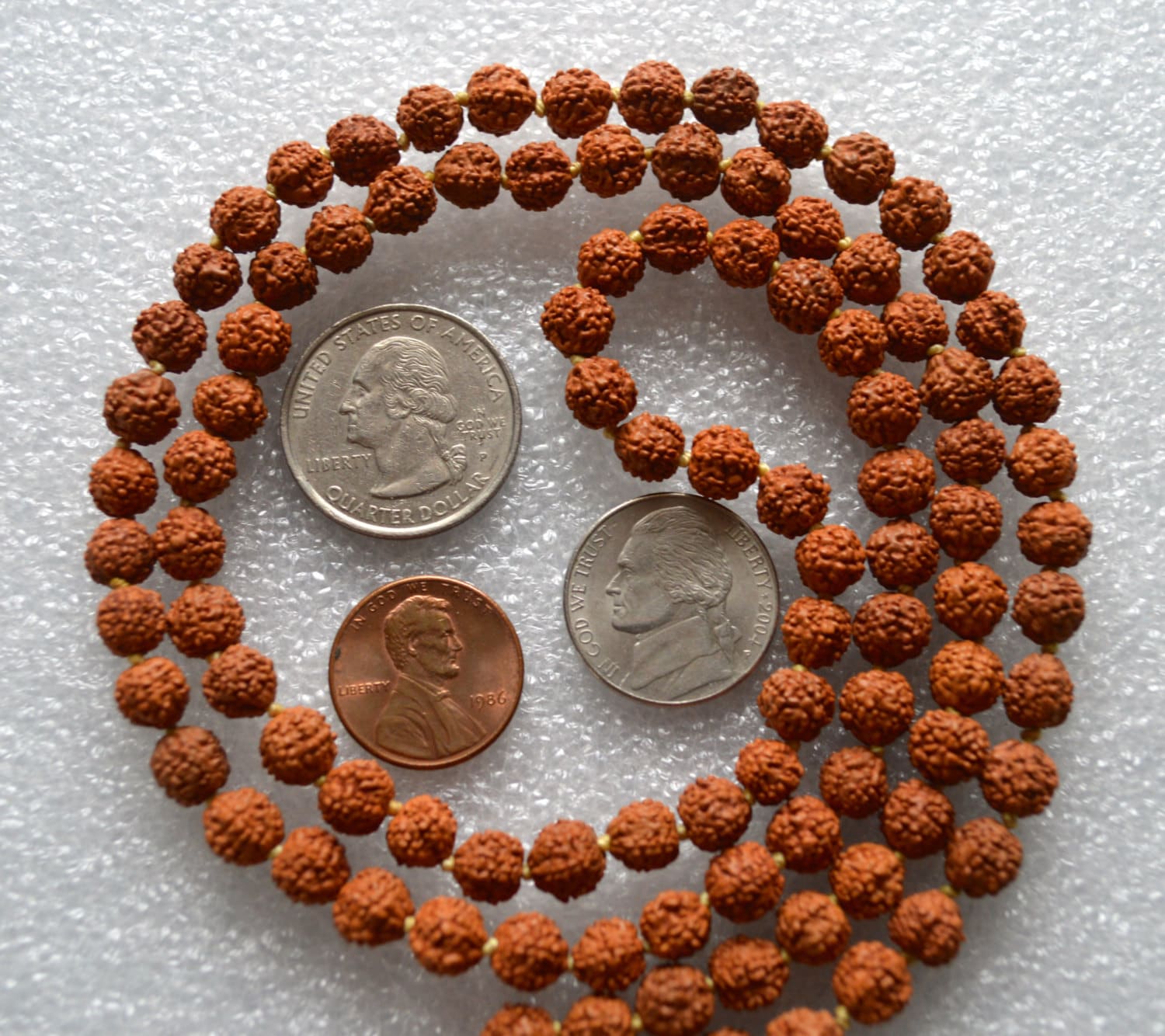 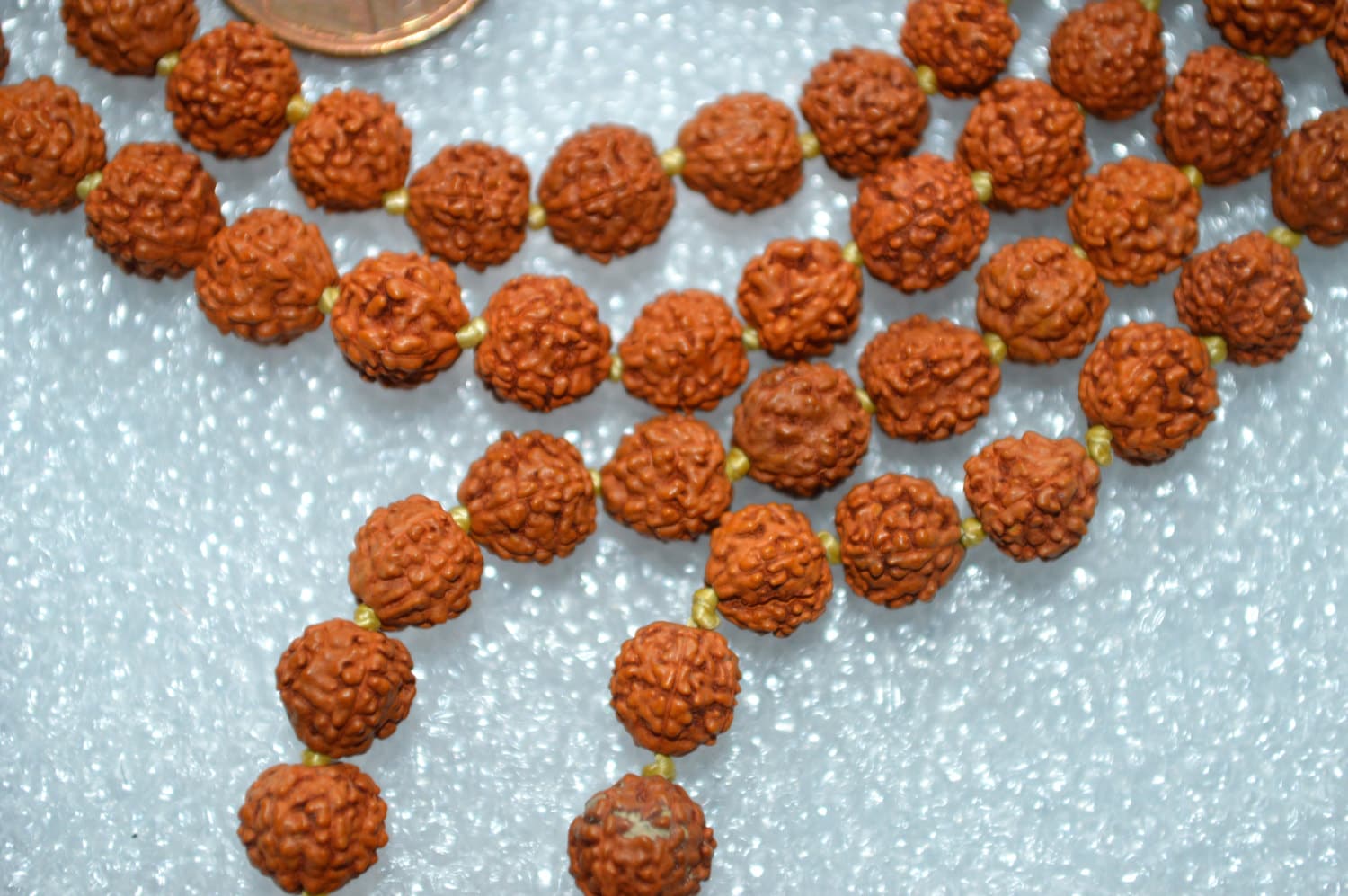 WHAT IS RUDRAKSH JAPA MALA?

Rudraksha beads are held in great reverence and may be the earliest known form of prayer beads, having been worn since at least 1000 B.C. This is the essential mala, similar to the ones worn by Buddha, Gandhi and the Dalai Lama. Tuck this traditional rudraksha mala inside your shirt, to be worn against the skin. Our malas are made with small rudraksha, rare and prized for their more potent energy. A rudraksha bead is believed to impart different types of benefits according to the number of segments. It is traditionally believed that they can destroy negative thought and grant the wearer peace of mind, clarity, and purpose. The bead of the Rudraksha tree (Elaeocarpus granitrus) holds a very special place in Hinduism, and is credited to possess mystical and divine properties. Necklaces made of Rudraksha beads are considered auspicious as well as powerful, and are supposed to have profound astrological and health benefits. It is believed that one who wears Rudraksha is untouched by sins, and is protected from all impious deeds or thoughts. Origin & Myths "Rudraksha" has its etymological origin in the Sanskrit words, 'Rudra' and 'Aksha'. 'Rudra' is another name for Lord Shiva, and 'aksha' means teardrop. Mythological tales have it that the Rudraksha plant was born out of Lord Shiva's tear drops. For thousands of years, they have adorned the bodies of sages and saints leading a fearless life in far-flung frontiers seeking enlightenment and liberation. According to the Ayurvedic medical system, wearing Rudraksha can have a positive effect on the heart and nerves, and relieve you from stress, anxiety, depression, palpitations and lack of concentration. It is also known for its anti ageing effect, and electromagnetic and inductive properties. People with high blood pressure have been found have benefited from the use of Rudraksha seeds. ADVISED TO SOAK MALA IN OLIVE OR MUSTARD OIL OVERNIGHT, LET DRY BEFORE USE. Blessed and Energized with proper Mantras, Puja's and Spiritually activated by SWAMI BUDHIRAJA.

Thank you so much, lovely rudraksha mala.

Fast shipping and good quality for an entry level mala necklace. I can't wait to start meditating with it!

Fast shipping. Exactly what I expected. Thank you!

Thank you! Love these. Will be back!